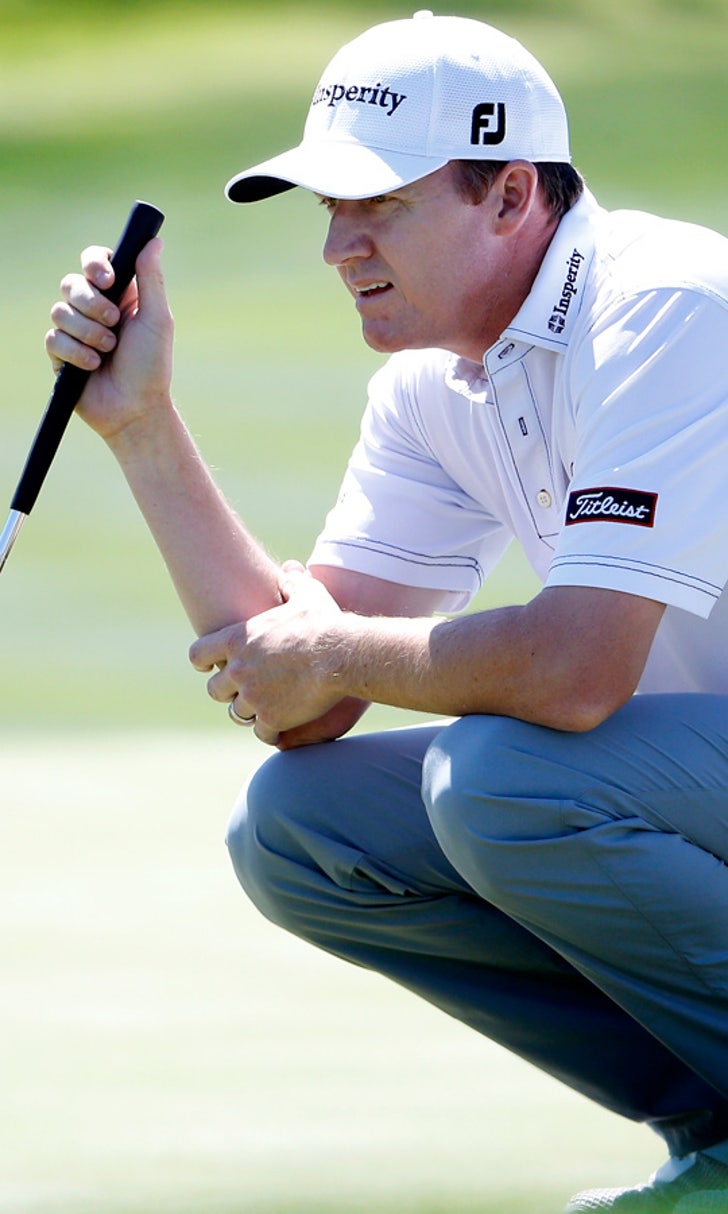 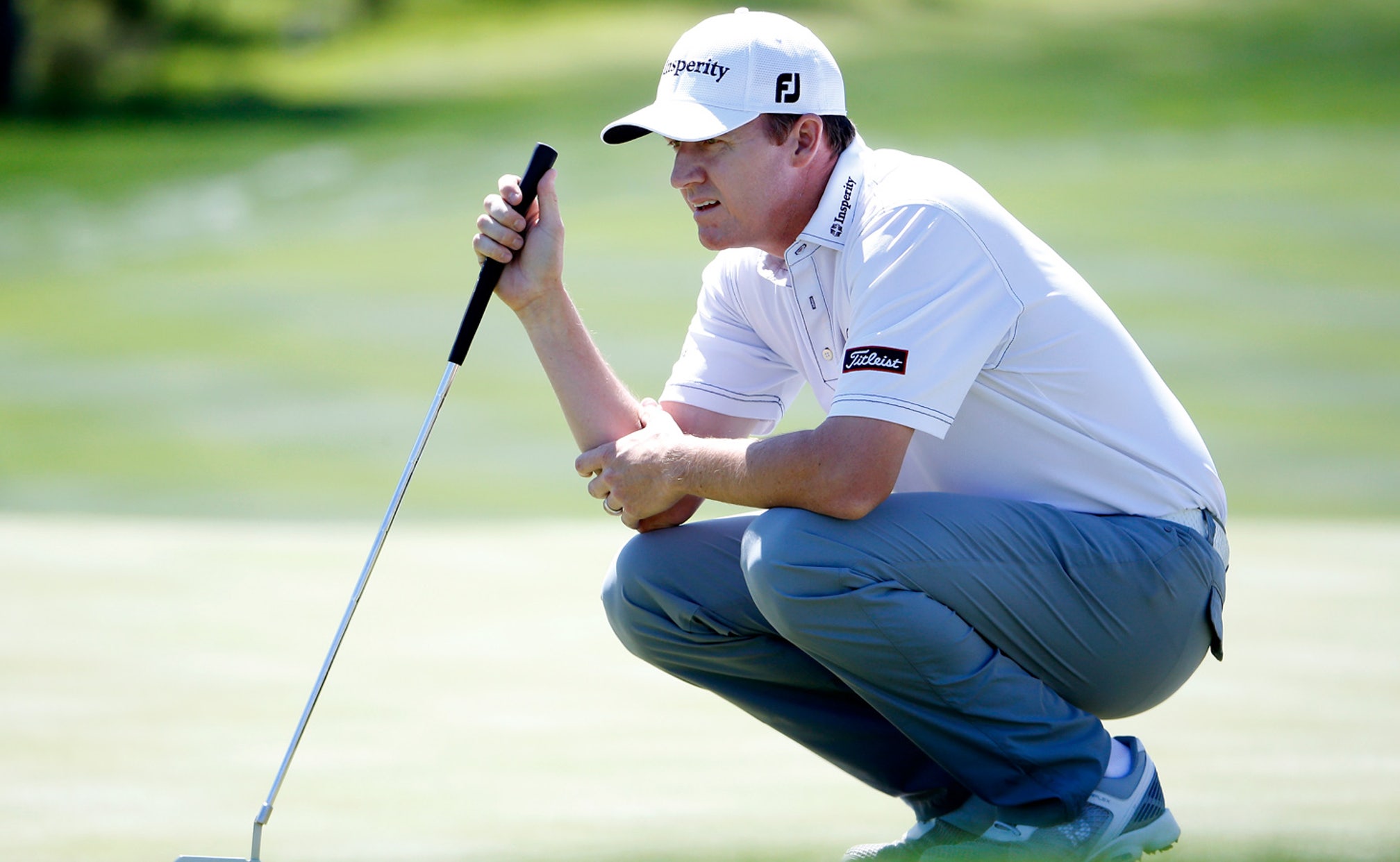 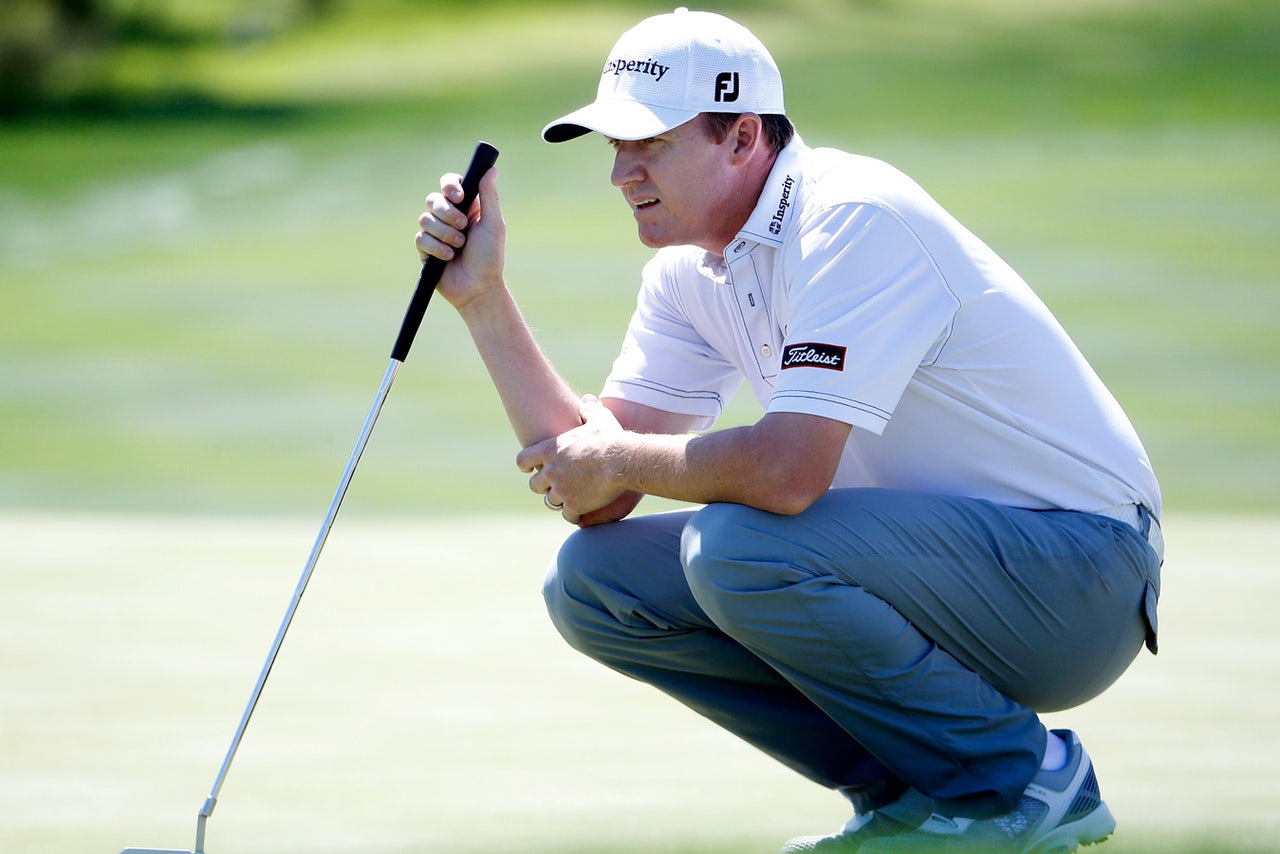 Jimmy Walker enjoyed a neighborly stroll at TPC San Antonio after a 35-minute drive from his suburban home.

Walker shot a 5-under 67 on Friday in the Texas Open to take a one-stroke lead in his hometown event.

He won the Sony Open in Hawaii in January after winning three times last season.

"It's nice to have friends and family here," Walker said. "Good vibes and good mojo, and I believe in all that stuff. Positive energy is good."

Hoffman, 8 under at the turn, uncharacteristically let a good round get away on the Oaks Course with three bogeys on his second nine. He finished with a 72 to drop into a tie for second with Aaron Baddeley.

Hoffman has two top-three finishes in his previous four appearances at the Texas Open.

"I'll keep drawing on my experience here, and I think you can get this golf course," said Hoffman, who led by two entering the day.

Kevin Na, who infamously took 16 strokes on a par 4 in the event four years ago, had a 68 to join Texan Jordan Spieth at 4 under. The 21-year Spieth, coming off a playoff victory two weeks ago at Innisbrook, followed his opening 71 with a 69.

The gusts near 40 mph that blew Thursday morning continued to subside, though play started Friday with temperatures in the 40s.

"But it wasn't windy, so that was nice," Walker said.

The improved conditions packed the leaderboard with nine players within four strokes of Walker. That included Phil Mickelson, continuing to cram for the Masters less than two weeks off, at 2 under after a second-round 72. He was tied for sixth.

"It was a good first two days," said Mickelson, who has a best finish this season of 17th at the Honda Classic. "I putted well and hit some good iron shots, but I'll have to work on the driving tomorrow. I played Augusta a few days before I came here and I was driving it great. I haven't hit it the way I felt I have been hitting it."

Johnson felt a jarring sensation in his right ring finger when he hit a rock while swinging from the native area to the right of the 12th fairway. He continued and expects to play this weekend.

Francisco Molinari, the former European Ryder Cup player, withdrew before the round because of a wrist injury he said happened while shooting 81 in the wind Thursday.

Jim Furyk and Dustin Johnson managed to survive for the weekend as the cut dropped a stroke in the afternoon to 6 over. Both made it on the number, and Furyk kept a streak of consecutive cuts made, now at 33. Steve Stricker, not playing this week, has the best active streak at 35.

Martin Kaymer wasn't close. After shooting his PGA Tour-worst 82 on Thursday, he had an 80 on Friday. The U.S. Open champion told officials in Houston he has changed his plans not to play next week and has committed to the Shell Houston Open to get ready for the Masters.

Marc Warren and Harris English made the cut in their bids to earn Masters spots by getting into the top 50 in the world.

Warren is No. 52, and his 4-over total had him three shots out of a top-20 finish that could push him to Augusta. English, 53rd, needs something in the top 10, and he was five shots from that at 3 over.

Walker jumped to the lead with a hot putter. Combining his three birdies from his 15th, 16th and 17th holes, Walker made almost 40 feet worth of putts.

"I didn't make anything, then finally got one to go," Walker said. "That was a nice way to finish."

But he had a double bogey two holes later with a tee shot that put him thick in the trees to the left on the par 4, followed by a shot out of the woods across the fairway. He was still 54 yards away, and he left that approach short of the green and couldn't get up-and-down to save bogey.