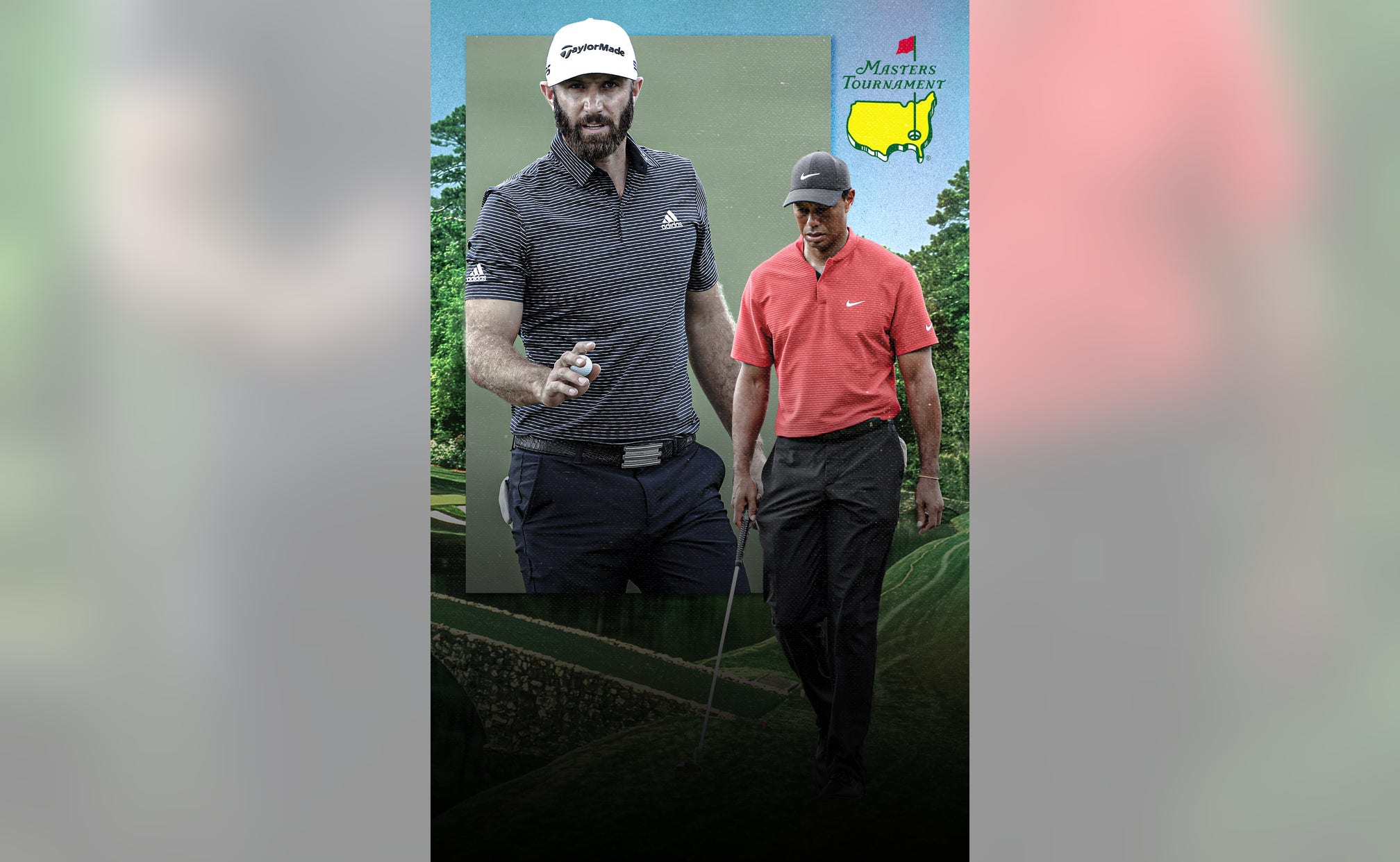 A touch of fog delayed the final round of The Masters by 10 minutes, but the weather soon cooperated for another beautiful day of golf at Augusta National.

All eyes were on Dustin Johnson, who entered Sunday with a four-stroke lead in search of his first green jacket.

Johnson would go on to build on that lead and claim his second major victory in historic fashion, but it wasn't entirely smooth sailing for the 36-year-old.

Here are the top moments from day four of golf's crown jewel.

After rolling in a birdie on No. 3, Johnson had back-to-back hiccups with bogeys on Nos. 4 and 5. Prior to Sunday, Johnson had only bogeyed twice all tournament.

He bounced back well, however, carding a birdie on No. 6.

Johnson breathed a sigh of relief to go back to 16-under for the tournament, as he felt some heat from multiple opponents in the early going.

... then makes history on the back nine

DJ pulled away on the back nine and made history along the way. With three consecutive birdies on Nos. 13, 14 and 15, Johnson improved his tournament score to -20, the lowest total ever seen at the Masters.

Holding firm the rest of the way through, Johnson claimed the record score at Augusta with room to spare. Previously, Jordan Spieth in 2015 and Tiger Woods in 1997 held the record for the best 72-hole score of 18-under.

Here's a look at Johnson's final putt to win the 84th Masters:

Woods reminded everyone that he is, in fact, fallible with a nightmare showing on No. 12.

Tiger put three shots in the drink, and weekend warriors everywhere sympathized with a man desperate to just put the ball in the cup and put an end to the experience.

According to the Golf Channel, the 10 on the middle portion of the three-hole "Amen Corner" marked Tiger's highest score on any hole in his illustrious career.

Tiger rallied to birdie No. 13, par No. 14 then rattled off four consecutive birdies to close out the round and finish -1 for the tournament.

Continuing an impressive showing at his fourth Masters, the 27-year-old Aussie notched consecutive birdies on Nos. 2 and 3 to signal to Johnson that the American would be in for a fight on Sunday.

Smith gave a stroke back with a bogey on No. 5, then evened up that slip-up with a spectacular birdie on No. 7.

The trees posed little problem for Smith on the front nine, as he followed up the birdie off the pine straw on No. 7 with another sensational recovery on No. 9.

A little member's bounce never hurt anybody! Smith also birdied No. 15 and finished -15 for the tournament, tied for second with Sungjae Im.

A Masters debutant, Im started Sunday with back-to-back birdies on his second and third holes of the day.

Unfortunately for the 2019 PGA Tour Rookie of the Year, he undid that hard work with a pair of bogeys on Nos. 6 and 7, but battled back as the day wore on to card a 69 for the round and share second place with Smith.

Tommy Fleetwood used every millimeter of the pin to help settle his birdie chip on No. 12.

Those tuning in bright and early ⁠— play started at about 8 a.m. ET ⁠— were treated to some eagle sightings from the first couple of groups.

En route to securing the tournament low-amateur designation, Olgetree did himself a big favor sinking a long putt on No. 16. Ogletree finished even for the day and -2 for the tournament.