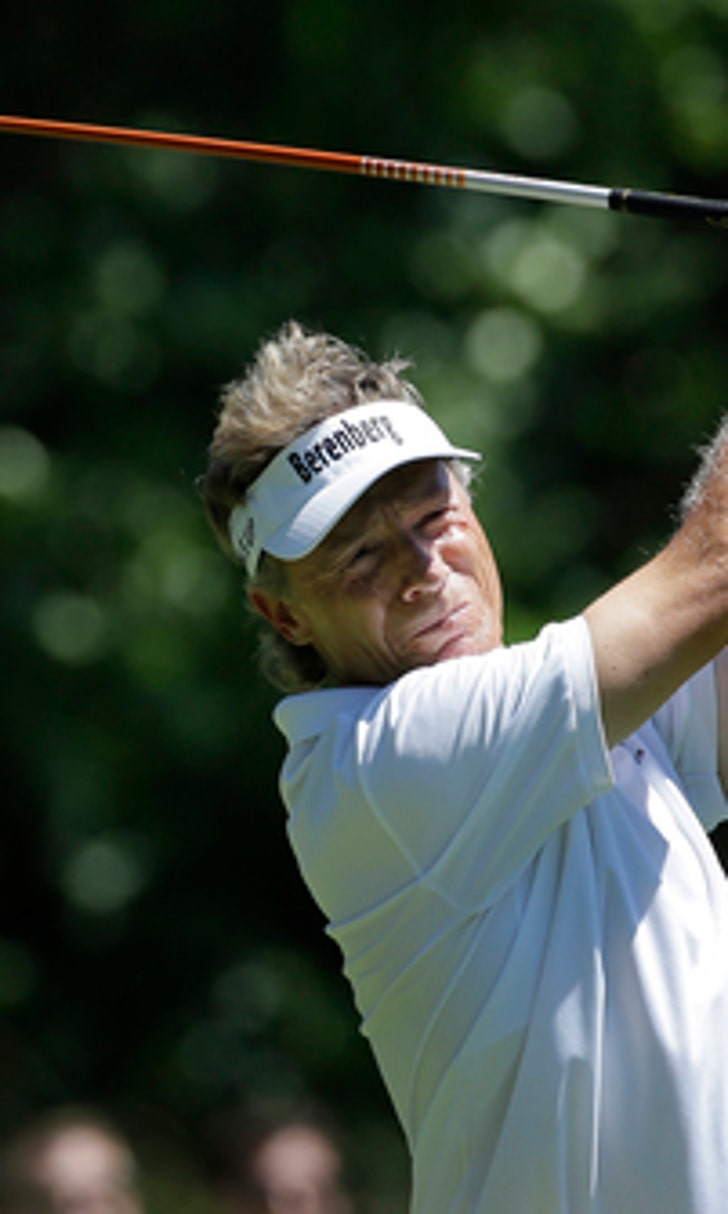 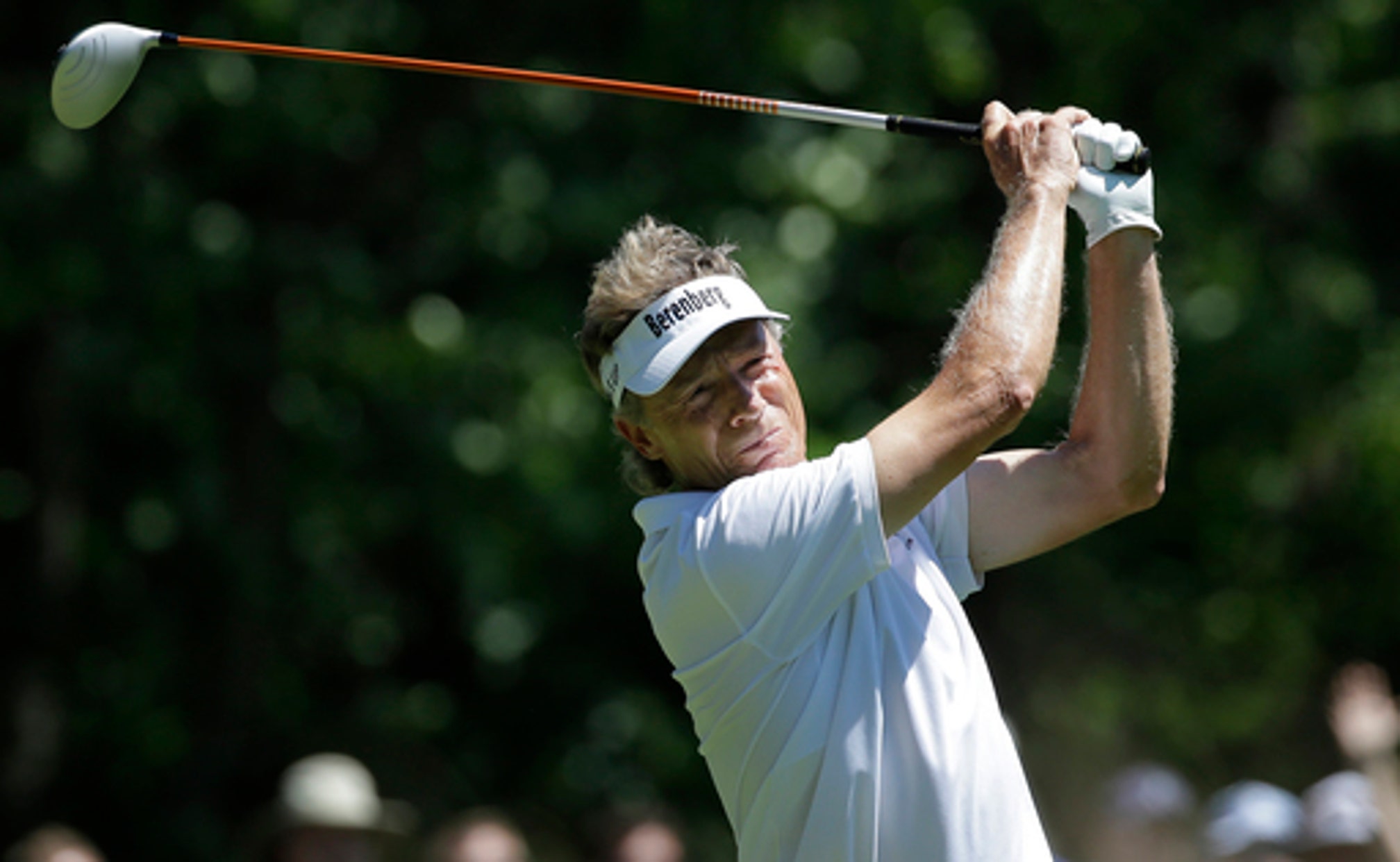 THOUSAND OAKS, Calif. (AP) Bernhard Langer shot his second straight 3-under 69 Saturday to pull into a tie with David Toms and Miguel Angel Jimenez for the second-round lead at the PowerShares QQQ Championship.

Langer, the Schwab Cup points leader who has all but wrapped up his ninth PGA Tour Champions money title in 10 seasons, birdied Nos. 12, 13 and 17 to pull even with Jimenez (70), one behind Toms (72). Toms, who had a hole-in-one in the opening round, then bogeyed No. 18 to fall into the three-way tie at 6-under 138.

Jesper Parnevik, who was one shot off the lead after the opening round, had a 74.

John Daly withdrew after collapsing on the ninth hole with an injured right knee. The 51-year-old was helped off the course and was unable to put any weight on the knee. He was at 4 under at the time of his injury.

There was a scary moment at the PGA Tour Champions' PowerShares QQQ Championship on Saturday when one of the circuit's biggest draws went down with a knee injury.

The top 36 in points after Sunday's final round advance to the Charles Schwab Cup Championship at Phoenix.