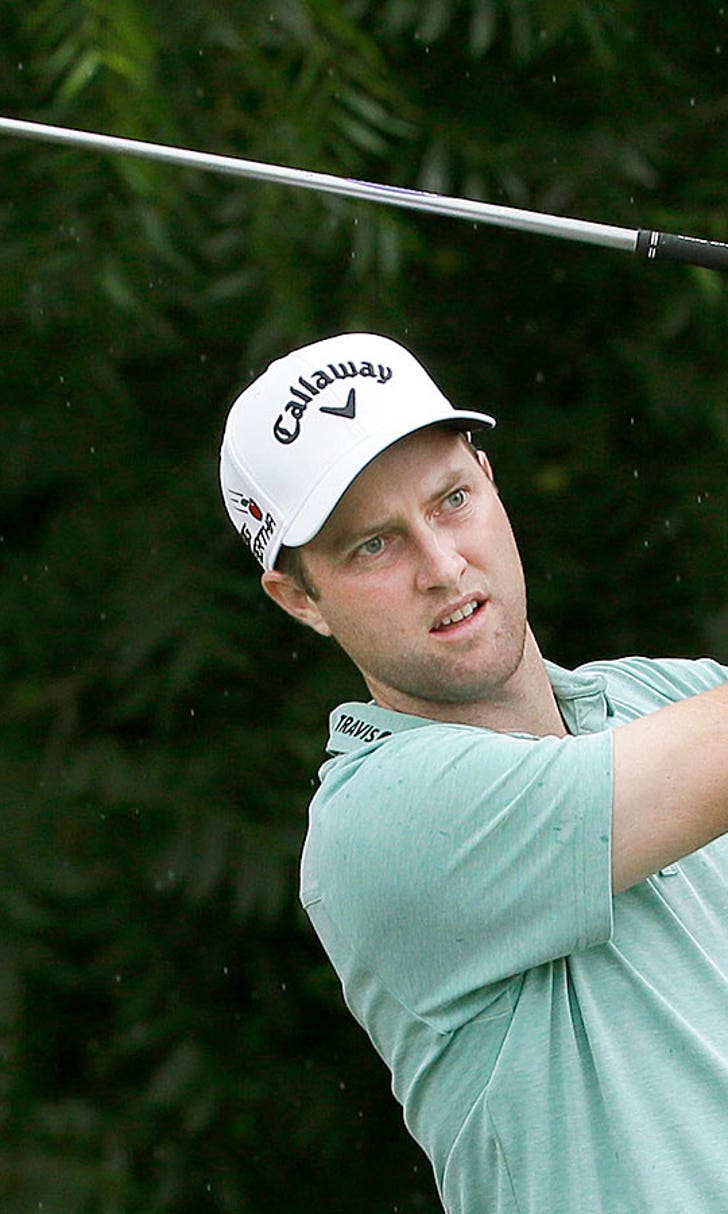 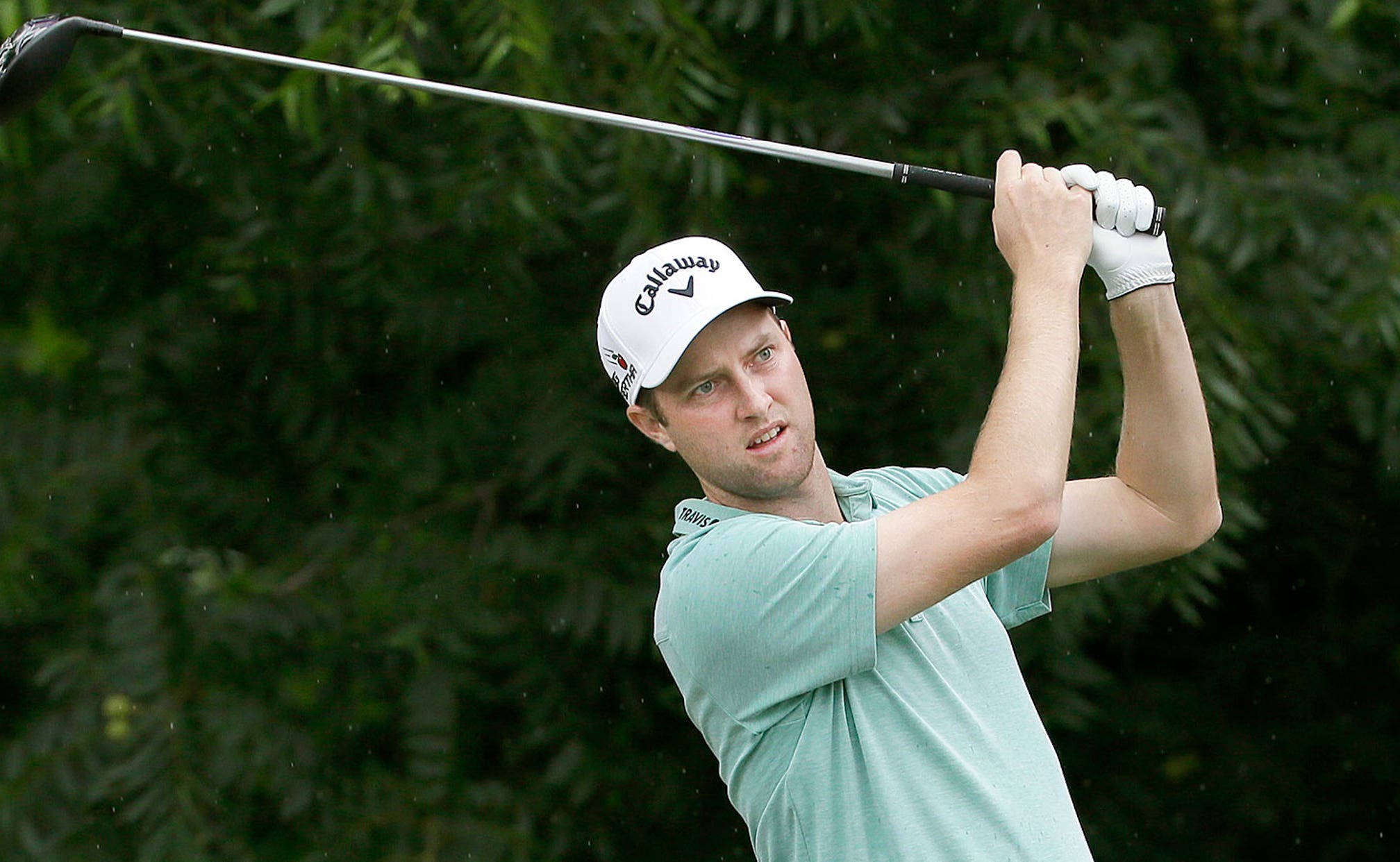 Kirk edges Spieth by one stroke to win at Colonial 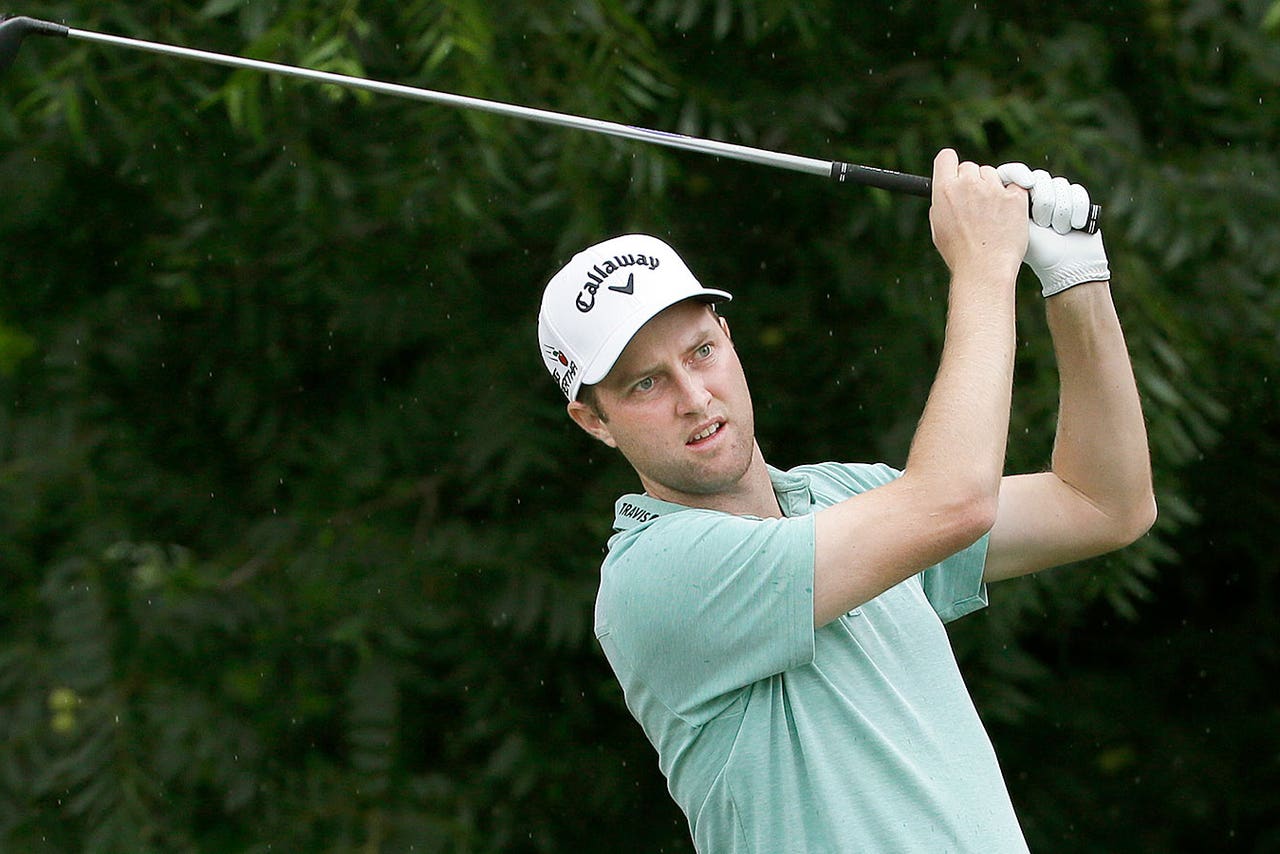 FORT WORTH, Texas -- Chris Kirk was prepared to need a putt for a playoff at Colonial.

No extra holes were necessary Sunday for Kirk to get his fourth PGA Tour victory.

Kirk made up for an errant tee shot at No. 18 with a par-saving and winning 7-foot putt after playing partner Brandt Snedeker's birdie try slid by the hole.

"My first three wins on tour have all been little tap-ins on the last hole," Kirk said. "So to step up and make a putt that I knew was to win is something I'll never forget."

With his closing 4-under 66, Kirk got to 12-under 268, one ahead of Snedeker, local Masters champion Jordan Spieth and Jason Bohn.

Bohn had a 63 that included six consecutive birdies on the front nine. Spieth shot 65, with a near-birdie that became a bogey at the par-3 16th hole.

When Kirk got in trouble at No. 18, Bohn and Spieth went to the nearby No. 1 tee and were hitting balls in preparation for a potential playoff. Spieth was already back near the green when Kirk got ready to putt.

Kirk hooked his tee shot at No. 18 into the left rough, then hit his approach from 155 yards over the green. A nice chip set up the winning putt after Snedeker's miss from 12 feet after a similar tee shot to finish a 67.

"Close friends with Brandt, and play a lot of golf with him, and he doesn't miss very many of those putts," Kirk said. "Once he didn't make it, then I was able to change my mindset."

Spieth was only a few minutes removed from a 20-foot birdie putt at the closing hole, where more than an hour earlier Bohn had a 28-footer that lipped the cup and left him lifting the putter over his head in frustration.

"I thought it was in, that's why I started running. I think it just straightened out," Bohn said.

"The second round set me back," Spieth said, referring to the 73 he had Friday after opening with a lead-tying 64.

Spieth has finished as the runner-up in all three PGA Tour events played in Texas this season.

As a junior at Georgia in 2006, Kirk was the runner-up for the Hogan Award given by Colonial to the nation's top college player. He decided then to return for his senior year for a chance to win the award -- and did.

He now has a plaid jacket and a $1.17 million check, which will be plenty to cover the new home he is buying in Georgia, after winning on the PGA Tour at a saturated Hogan's Alley. The sun finally came out late in the final round after heavy rain overnight and throughout tournament week.

After have the best round Saturday with a 65, Kirk started the final day with an eagle. His only bogey came after hitting his drive at No. 7 into the rough.

Kevin Na, the outright leader after the second and third rounds, shot 72 and finished in an eight-way tie for 10th at 9 under. He was part of a leading four-way tie that included Spieth after the first round.

A 54-hole leader hasn't won Colonial since Phil Mickelson in 2008.

Spieth was making a bid to win the first of consecutive tournaments at home in the North Texas for the 21-year-old Masters champion from Dallas.

Like all week, Spieth got a rousing ovation when he got to the 18th green. That got even wilder when he finished by draining the long birdie, which was almost good enough for a playoff.

"I wanted to give them something to cheer about," Spieth said. "It was nice to have that one just to give myself an outside chance."

The PGA Tour's next stop is the Byron Nelson Championship in Irving, where Spieth twice made the cut as a teenage amateur.

Spieth had a 50-foot putt tracking to the cup at the 16th hole Sunday, but the ball went on the right edge and then curled 7 foot to the left. Spieth missed the comeback putt, dropping out to 10 under and out of the lead.

Instead of the putt, Spieth blamed his club selection off the tee, when he tried to punch a 7-iron to the green instead of hitting an 8-iron below the hole.

Bohn started with par at No. 1, hitting into the greenside bunker at the par 5 that is the easiest hole at Colonial. But he responded with birdie streak of six in a row, including Nos. 3-5 known as the Horrible Horseshoe because of the layout of difficulty of that trio of holes. His front-side 6-under 29 included a 36-foot birdie putt at No. 4, the 247-yard par 3.

"You can take a lot away from a round like this," Bohn said. "I knew I had to put my foot on the pedal. I knew nobody was going to back up."