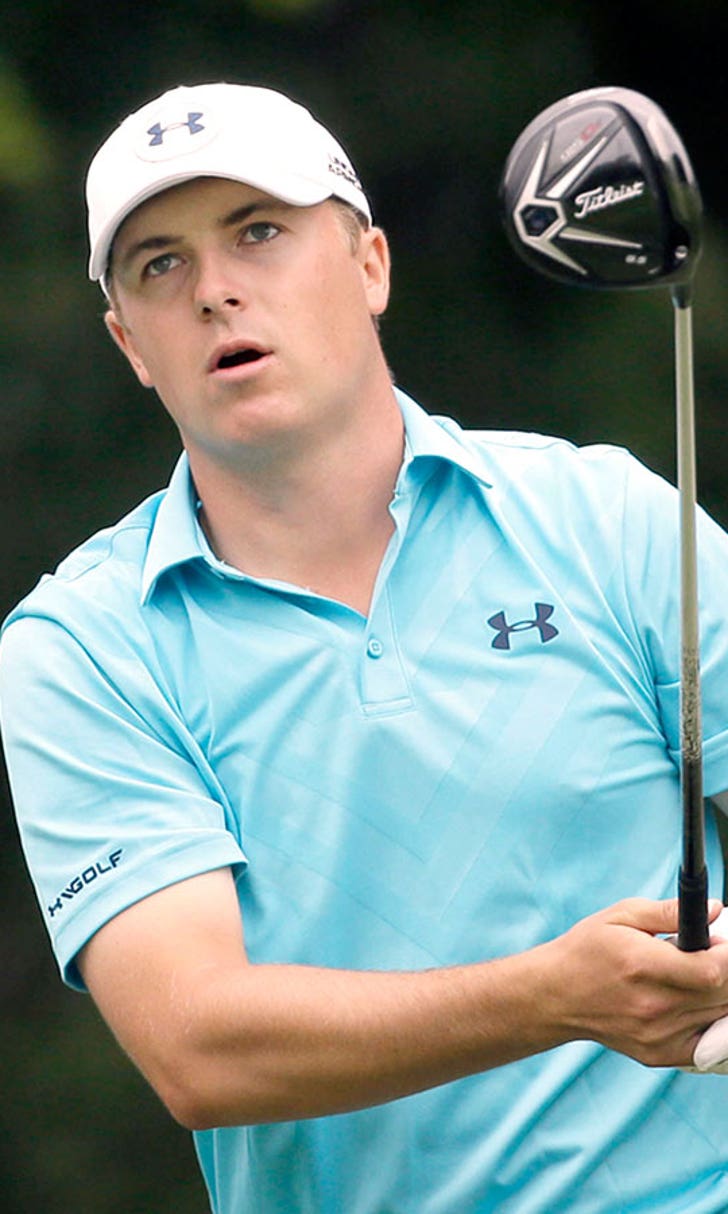 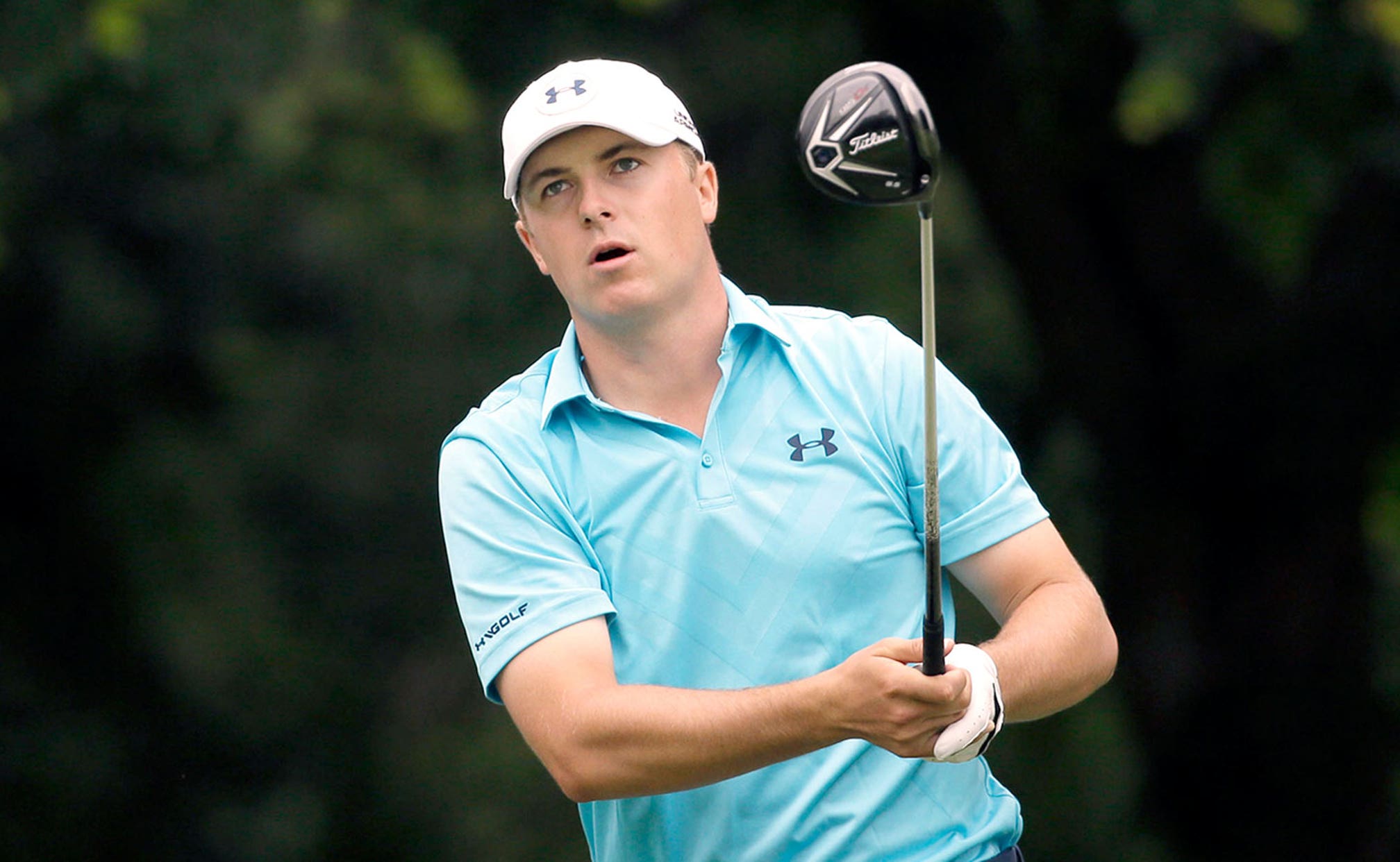 previous story
Guy behind NFL's social media trolling of Pats is a Jets fan?
next story
Brewers' Will Smith ejected for alleged pine tar use in loss to Braves 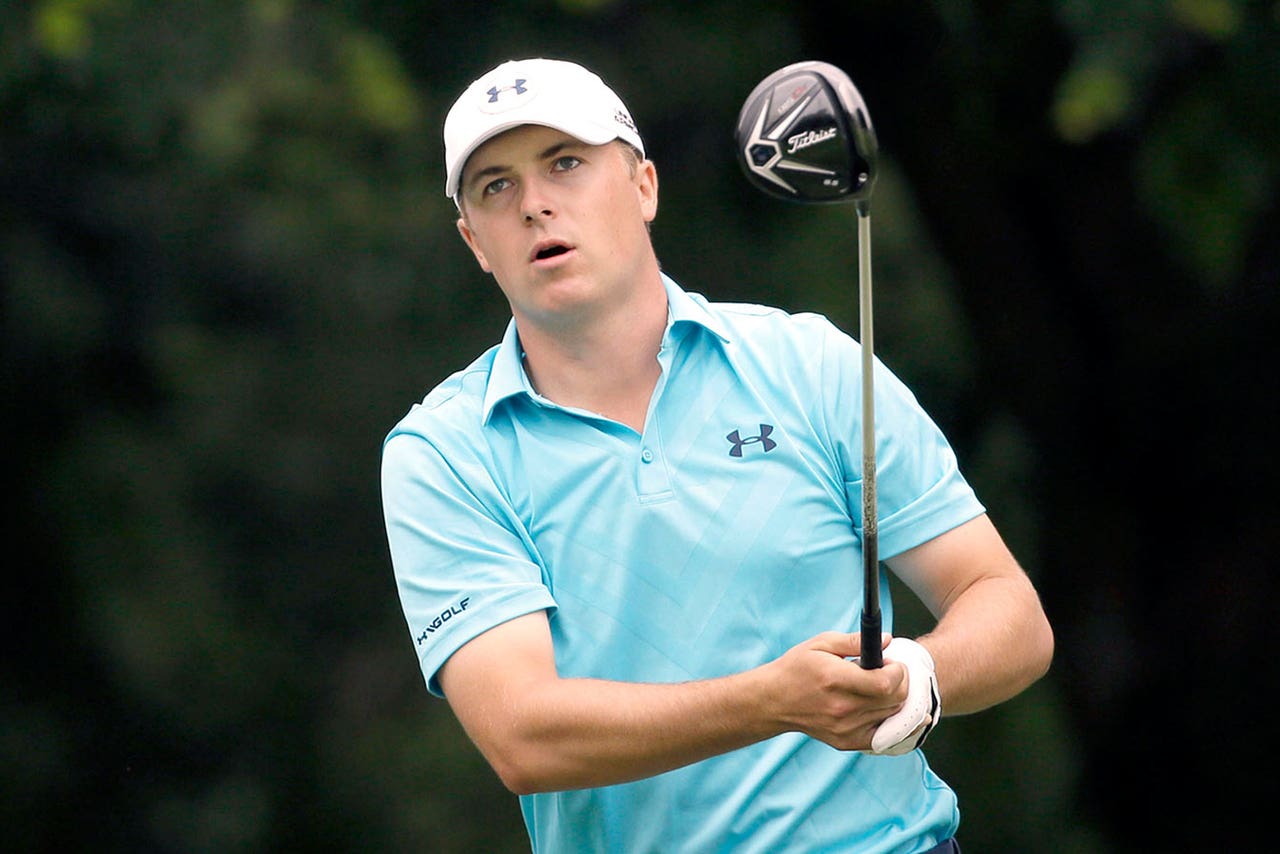 Masters champion Jordan Spieth got his homecoming off to a leading start with a birdie before dark.

Spieth made a 20-foot putt from just off the fringe on the final hole for a 6-under-par 64 and a share of the first-round lead Thursday in the rain-delayed Colonial.

"I had a few of those on the back nine, a few good looks where I knew what the putt was doing, I just didn't match the line and speed right," Spieth said. "I was getting a little frustrated through 17 there. I was like just one more look. ... I didn't really count (18) as a look, but maybe more like luck, and we'll take it."

There was a huge roar at No. 1 when Spieth teed off in the first of consecutive events at home in North Texas since becoming a major champion. The Dallas player's approach at No. 18 landed just off the back right edge of the green surrounded by family, friends and plenty of fans.

"I was little frustrated to see where my ball went, but I was still was able to soak in kind of the welcoming to the 18th green," he said. "I'm sure it will continue to grow."

Spieth opened his bogey-free round with a 25-foot birdie putt at No. 1, then started the back nine with a 22-footer at No. 10. He had a great chance for another birdie on the par-3 16th, but a tricky 4-foot try slid by the hole.

Ishikawa, the 23-year-old from Japan, and 2013 Colonial champion Weekley also were without a bogey.

Na, whose only bogey came at No. 18 to close his first nine, curled up in a corner of the locker room and took a nap when tee times for the morning groups like his were pushed back three hours after more than an inch of rain fell overnight at Hogan's Alley.

"Pulled off a little veteran move, took about an hour nap," said Na, who grabbed a few extra towels, making one into a pillow, using another for a blanket and throwing another over his head. "So I felt great when I woke up."

The afternoon groups started 2 hours, 40 minutes later than scheduled, but all 122 players managed to finish before dark.

George McNeill and Ian Poulter, who shared the lead before his only bogey at No. 18, were a shot back after shooting 65.

A group of nine players carded 66s on a day when players were able to lift, clean and place their golf balls hit in the fairways.

"We couldn't have had better scoring conditions today. Just the wind died down, and you could just throw darts, and they were landing and stopping," Spieth said. "I'd like to play golf in this weather the rest of my life."

After the rain, it was an unseasonably cool with temperatures only in the mid-60s. The forecast is for warmer temperatures but more rain through the weekend.

Defending champion Adam Scott had a 72 that included three bogeys and a double bogey. He is No. 11 in the world and hasn't won since Colonial last year in his first week after becoming the top-ranked player.

Weekley, whose last PGA Tour win was at Colonial, woke up with a stiff back Wednesday that was still bothering him when he finally teed off Thursday.

"We just tried to manage it knowing that we couldn't hit the full shots, so we went down a club and felt like we just punched it around the golf course," he said. "And I made some putts. Made a lot of putts actually."

His 27 putts were a collective distance of 151 feet, 9 inches, Weekley's fourth-best putting round on the PGA Tour. He made all 12 of his putts from inside 10 feet, but called a 15-foot par-saver at the par-3 13th one of the key moments in his round.

"I kind of chili-whomped it out there to the right side of the green," he said. "Nine times out of 10 that balls goes in the water, but somehow it hung up and I hit a bad chip there."