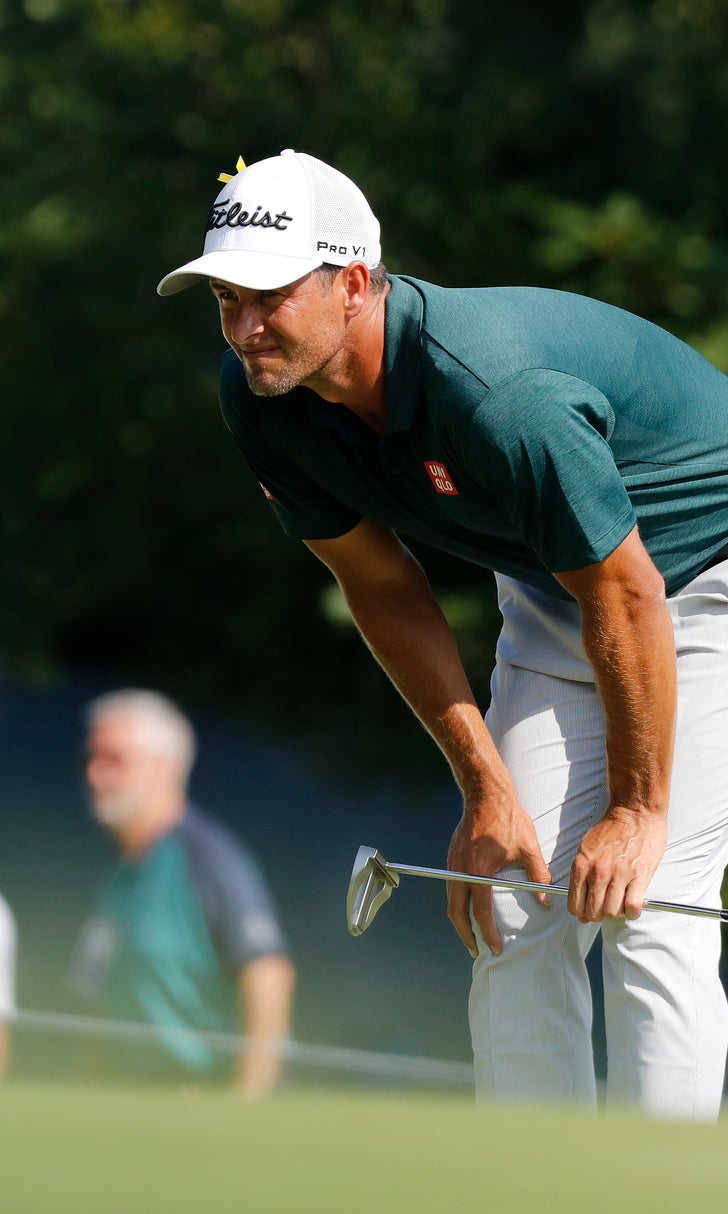 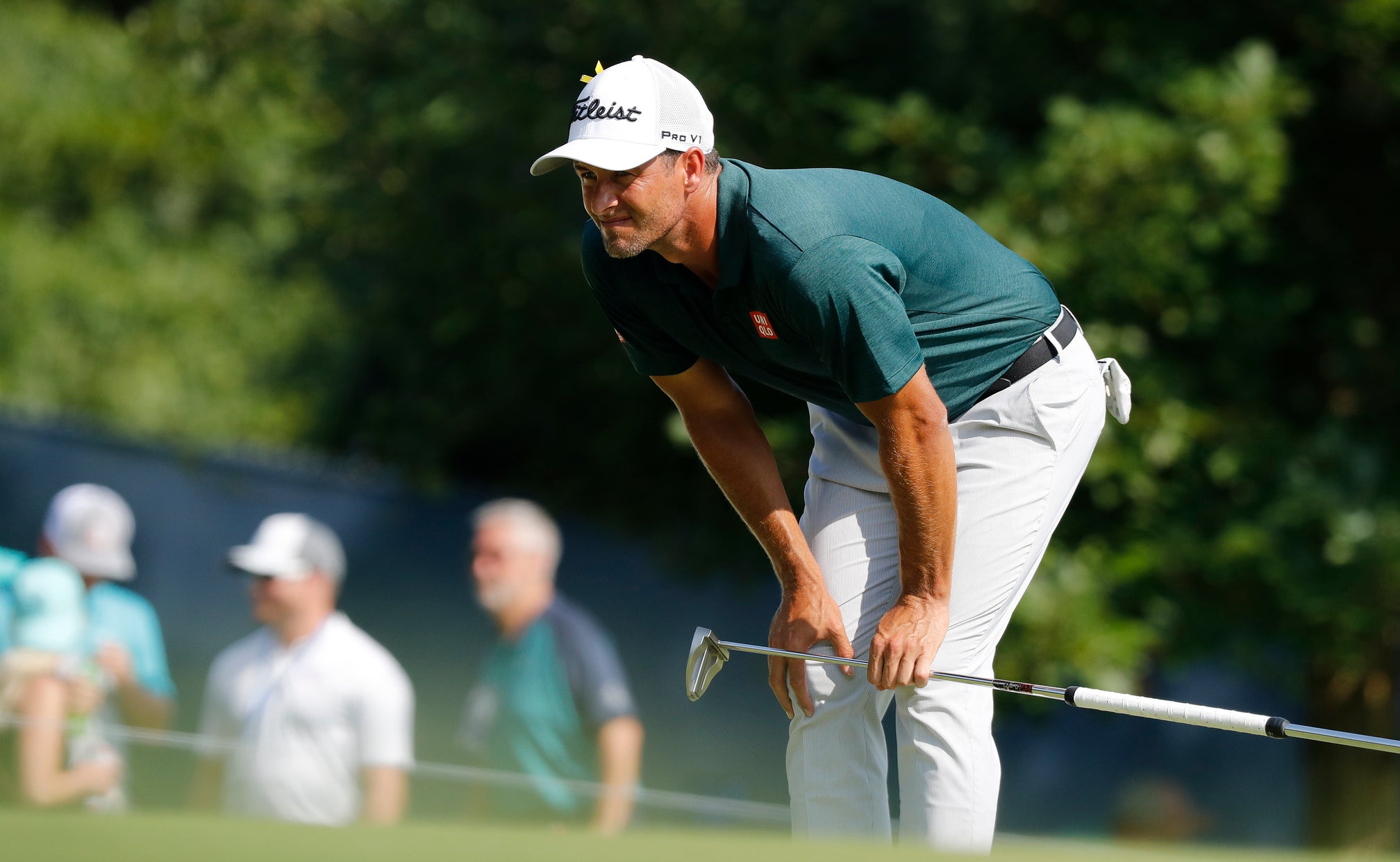 Great Scott! Former Masters champ back in hunt at PGA

ST. LOUIS (AP) — Adam Scott was back in contention for the first time in what seemed like an eternity when the former Masters champion began the final round of the British Open last month.

His mindset? Take it low.

"And I took the wrong mindset," Scott admitted Saturday after shooting a 5-under 65 that left him two shots back of Brooks Koepka heading into the final round of the PGA Championship.

He wound up shooting 73 at Carnoustie and was never in contention on the back nine.

"I expected to shoot too low in pretty tough conditions and shot myself in the foot a little bit," Scott said, "but it felt good to be back feeling like I was in contention at a major."

It certainly had been a while.

Scott was one of the world's top players a couple years ago, his green jacket and No. 1 ranking still fresh in peoples' minds. He'd won the Barclays Classic and three more times after his triumph at Augusta, riding a sweet swing and long putter to the forefront of golf's youth revolution.

Maybe it was the ban on that long putter, or maybe it was some problems with his swing that sent him churning through coaches. Whatever the reason, everything fell apart last year, when Scott managed only four top-10s and was never in contention in the tournaments that mattered most.

That included a missed cut at the U.S. Open and a tie for 61st at the PGA.

Scott had continued to struggle this year, again missing the cut when the U.S. Open was played at Shinnecock Hills. His only top-10 has been a tie for ninth at the Byron Nelson, when a third-round 72 was enough to keep him from giving eventual winner Aaron Wise a run for his money.

"Now then a couple of years have slipped by and I haven't contended," Scott said. "Another five and you're basically wheeling me out to pasture, at that point."

Not quite. But he has fallen far enough on the FedEx Cup points list that determines whether he gets to keep his PGA Tour playing privileges that he entered next week's Wyndham Championship in part to give himself another opportunity to pile them up against a relatively soft field.

By contrast, the field at Bellerive this week is one of the best all season, and somehow Scott has found some of his old magic. It might be that he's back to using a modified version of his long putter, or perhaps it's a peace of mind that came with rehiring his brother-in-law, Brad Malone, as his swing coach after a couple of years apart.

"It's been fantastic," Scott said. "We had such a tight relationship and, you know, he's a very calming influence on my golf game. It's been very not technical, the stuff we've been working on. More feelings and philosophy and how I play my best golf and it's kind of falling into place a bit."

It was evident on the front nine Saturday, when Scott kept his momentum going from a second-round 65 with four birdies and no bogeys. He got on a run of pars after the turn before a bogey at the par-4 15th, but Scott bounced back to go birdie-birdie with a par to cap his round.

Meanwhile, Brooks Koepka had dropped consecutive shots midway through his back nine, and that meant Scott was only trailing the U.S. Open champion by two heading into the final round.

He'll play it with a heavy heart, just as he has the entire tournament.

Scott was close with fellow Australian Jarrod Lyle, who twice beat cancer while working his way onto the PGA Tour. Lyle passed away Wednesday night after the cancer returned for a third time.

Asked if that would make winning mean anything more, Scott paused for a long while.

"I mean, it would be more-than-twice the thrill for me," he said, "but no matter who wins tomorrow, if that person has met Jarrod, they will have felt something with him passing this week.

"It's been such a difficult thing for us to get our heads around because we've been removed from Jarrod and his family back in Australia, and everything happening so suddenly last week, and then this week, you know, I don't even know if we've really had time to reflect on it and let it sink in. But I think a part of everyone is playing for Jarrod out here this week."