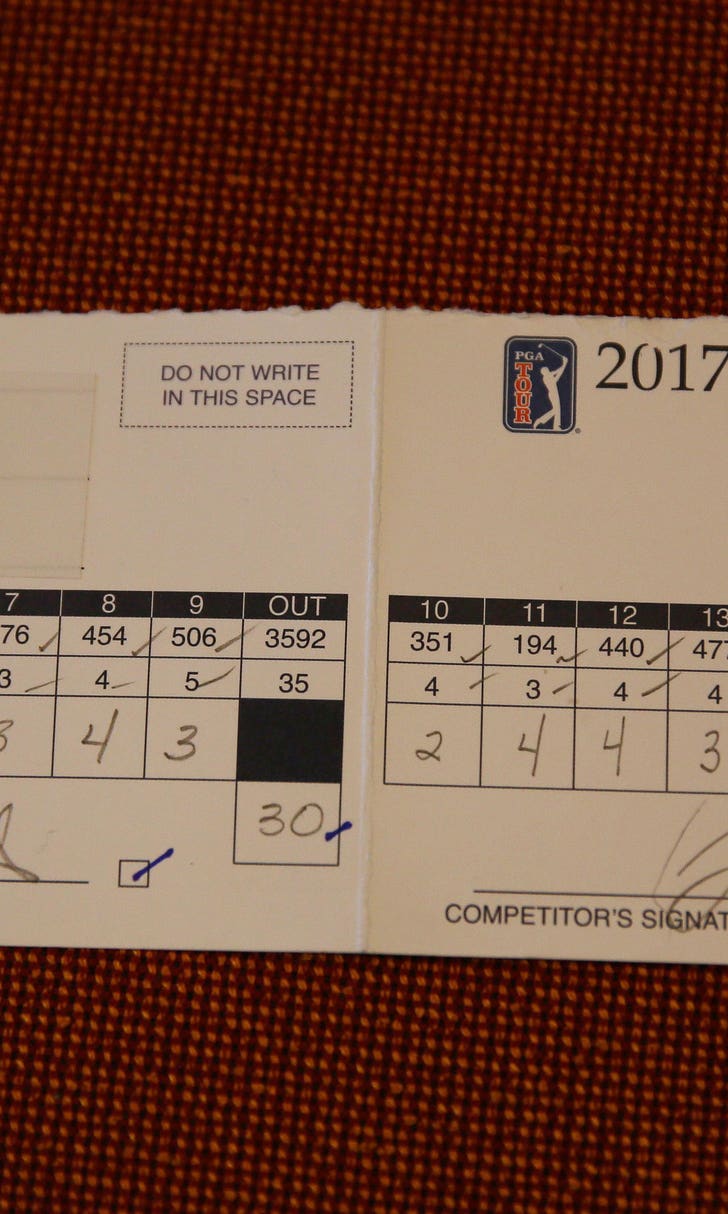 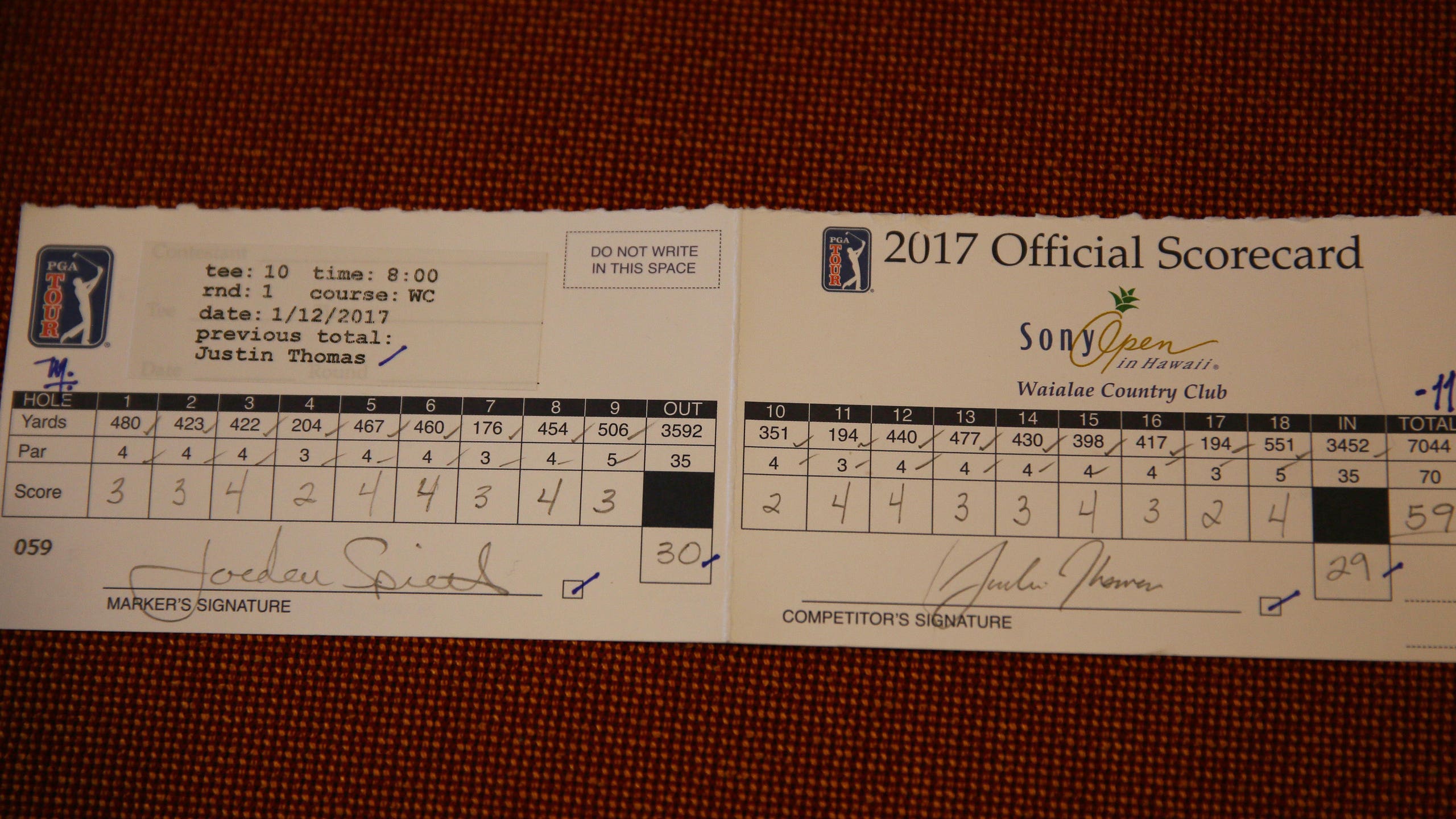 Golf has the worst rule in all of sports, but it's not the one you're thinking of 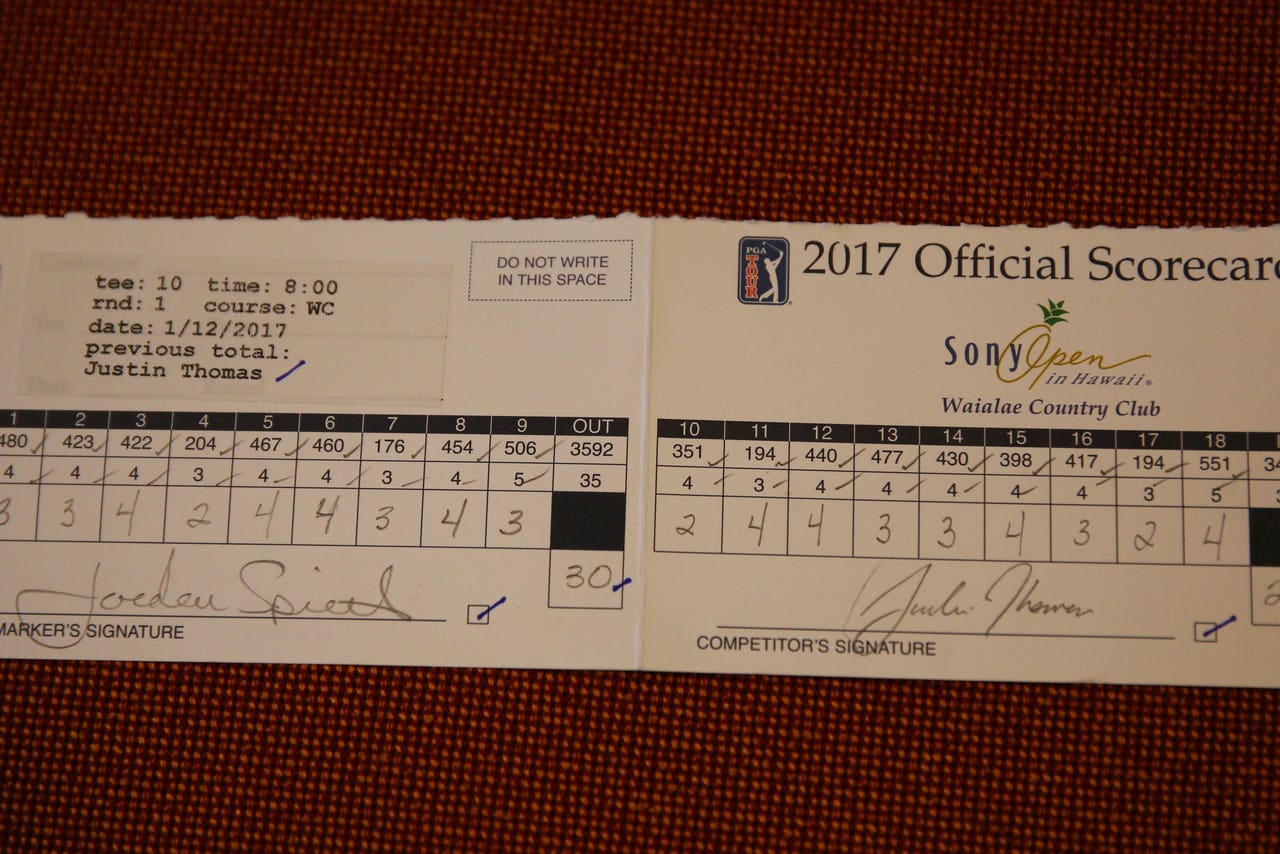 Ever since Lexi Thompson was assessed a four-stroke penalty during an LPGA major earlier this month, thanks to an eagle-eyed viewer with a keen knowledge of golf's rule book, a working internet connection and far too much time on their hands who noticed that Thompson had failed to properly place her ball on the green, there's been a raging debate in golf about the sport's stringent rule book and how it should be applied in modern-day golf.

In case you missed the kerfuffle, here's the Cliffs Notes version: In Saturday's third round, Thompson incorrectly placed her ball too far in front of her marker on the 17th green and putted from the wrong spot. A viewer saw this on TV and emailed the LPGA, who reviewed the replay after the round and determined Thompson had indeed committed an infraction. She was assessed a two-stroke penalty for playing from the incorrect place and then an additional two strokes for signing the wrong scorecard (as the scorecard didn't include the aforementioned two-stroke penalty which, and this is crucial, hadn't yet been applied). Thompson was informed of the penalties on the back nine on Sunday, immediately turning her two-stroke lead to a two-stroke deficit. She somehow recovered to force a playoff but ended up losing to So Yeon Ryu.

Outrage came quickly, focusing mostly on two parts of the fiasco: 1) Why are TV viewers allowed to call in penalties; and 2) Should golf assess any penalties after the completion of the round and/or during the subsequent round? Both are legitimate questions and we'll get to them in a bit. But the discussion has actually glossed over the dumbest, most egregious part of the Lexi equation: Who cares if you sign for the wrong score? 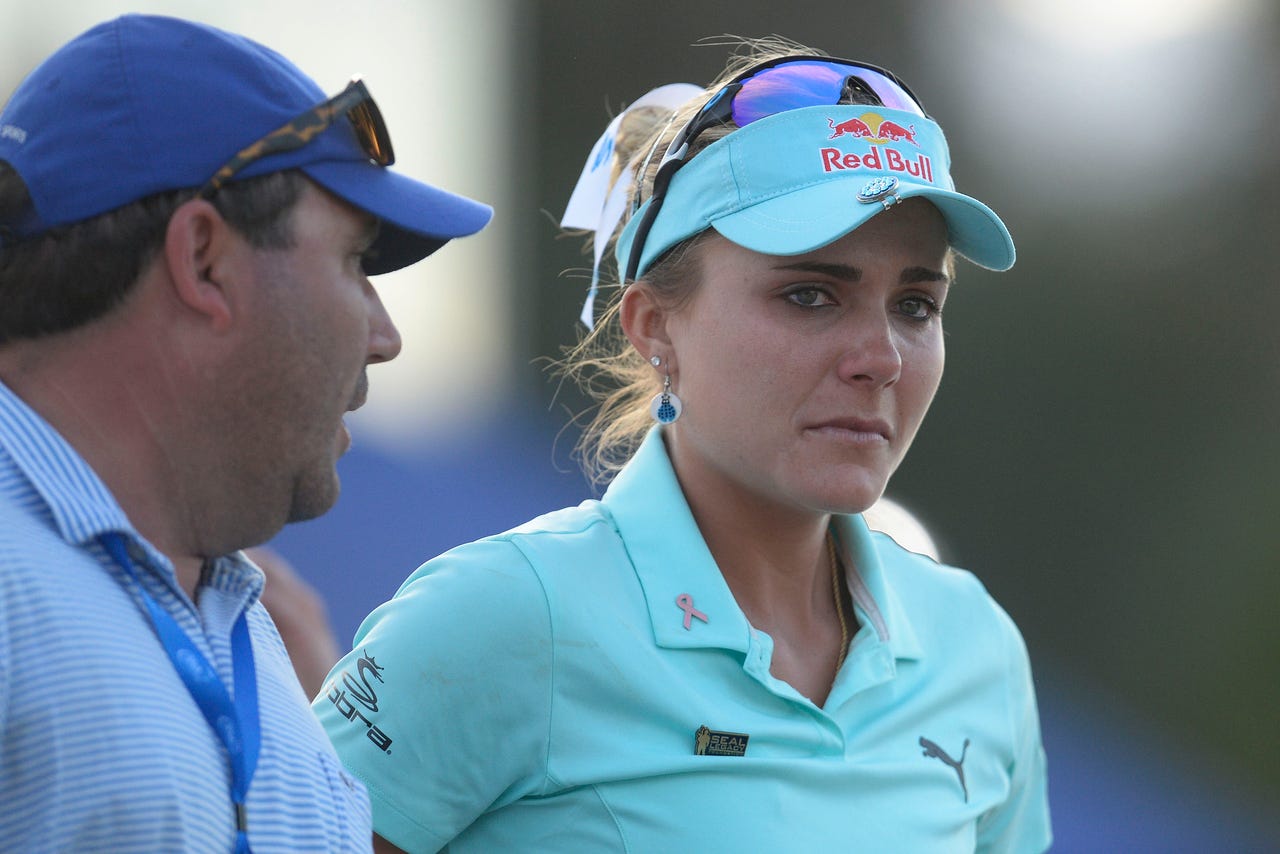 Signing your scorecard is considered one of those virtuous tenets of golf, a sport obsessed with its own sense of honor and fair play. It's also a task that's been made completely obsolete at the professional level, when every shot is tallied in real-time with distance and proximity to the green along with, at some tournaments, velocity, launch angle and whatever other stats that can be accrued from a dude holding a laser. Why is golf still relying on a playing partner's penciled-in numbers? That's not the way the score is kept during the round, so why is it gospel after it?

This isn't 1950. The PGA needn't rely on the honesty of Ben Hogan and Sam Snead to post numbers on its scoreboard. It's a relic of the past, a concession to nostalgia that can only end up hurting the golfers who put pencil to paper. There's simply no need for it today, especially when officials insist of reviewing infractions in perpetuity. Of course Lexi Thompson (and Tiger Woods before her - remember the 2013 Masters?) signed for the wrong score. They didn't know it was wrong until the penalty was assessed. As a result, the instant that two-stroke penalty is given, it's automatically doubled. It's a circle of punishment.

And those after-the-fact penalties shouldn't exist anyways. Any defense for allowing viewers to call in rules violations (and there are reasonable points to be made) is rendered irrelevant when accounting for the very simple fact that 95% of shots in a tournament aren't aired on television and the ones that are seen are almost exclusively struck by the game's most famous players or players near the top of the leaderboard. How is it fair that Phil Mickelson or Dustin Johnson can have nearly every shot scrutinized by the TV audience but Webb Simpson or Smylie Kaufman play in TV anonymity? 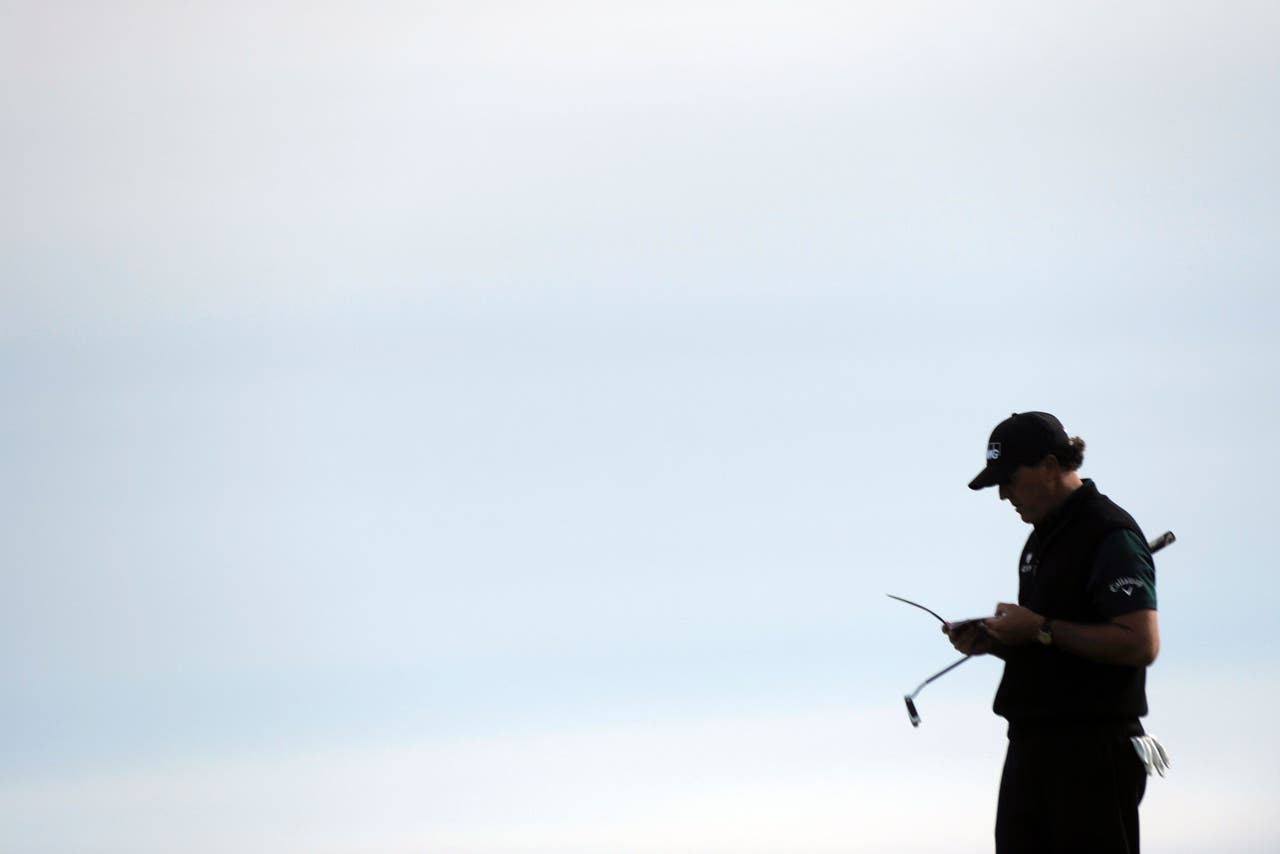 As for the second question: Once a round is over, it should be over. You can't go back and change the result of a baseball or football game, so why golf? "Because a golf tournament is an ongoing event that's spread over four days," say the sticklers. In that case, Wimbledon is an ongoing event that's spread over two weeks. Should the All England Club reverse a Rafael Nadal third-round win because a TV viewer noticed he was taking 26 seconds in between points instead of 25? Stop.

There are rules officials roaming the course. Trust them to call penalties as they see fit. And if the integrity in which golf takes such great pride is real, then why have a police state? Trust the players. Thompson was sloppy in marking her ball. Tiger was wrong in that infamous drop at Augusta. Dustin Johnson's penalty at the U.S. Open was ridiculous (and thankfully will be changed) but none of the three were ever accused of knowingly taking advantage of the rules. Give them their penalties in the proper time allotted or don't give them at all. It'll keep the game from bordering on Big Brother status and make meaningless scorecard penalties virtually extinct.

It could be worse. Up until 2012 a player was disqualified for signing a scorecard that lowered his or her score.