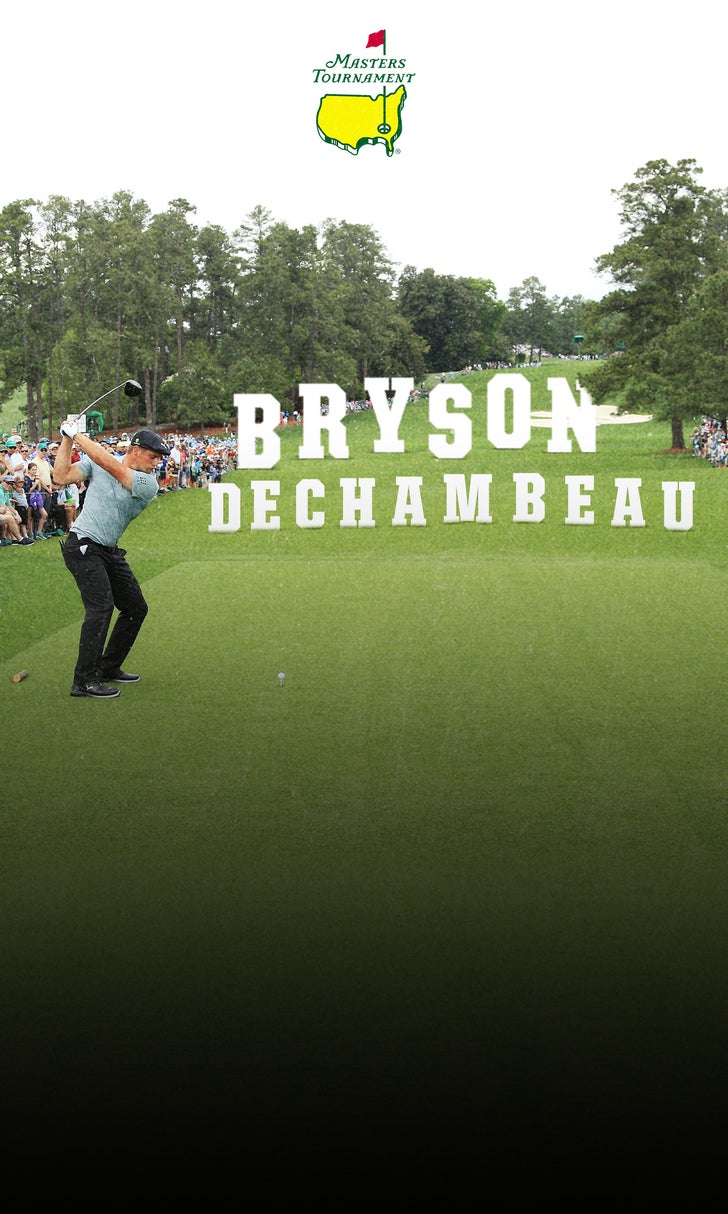 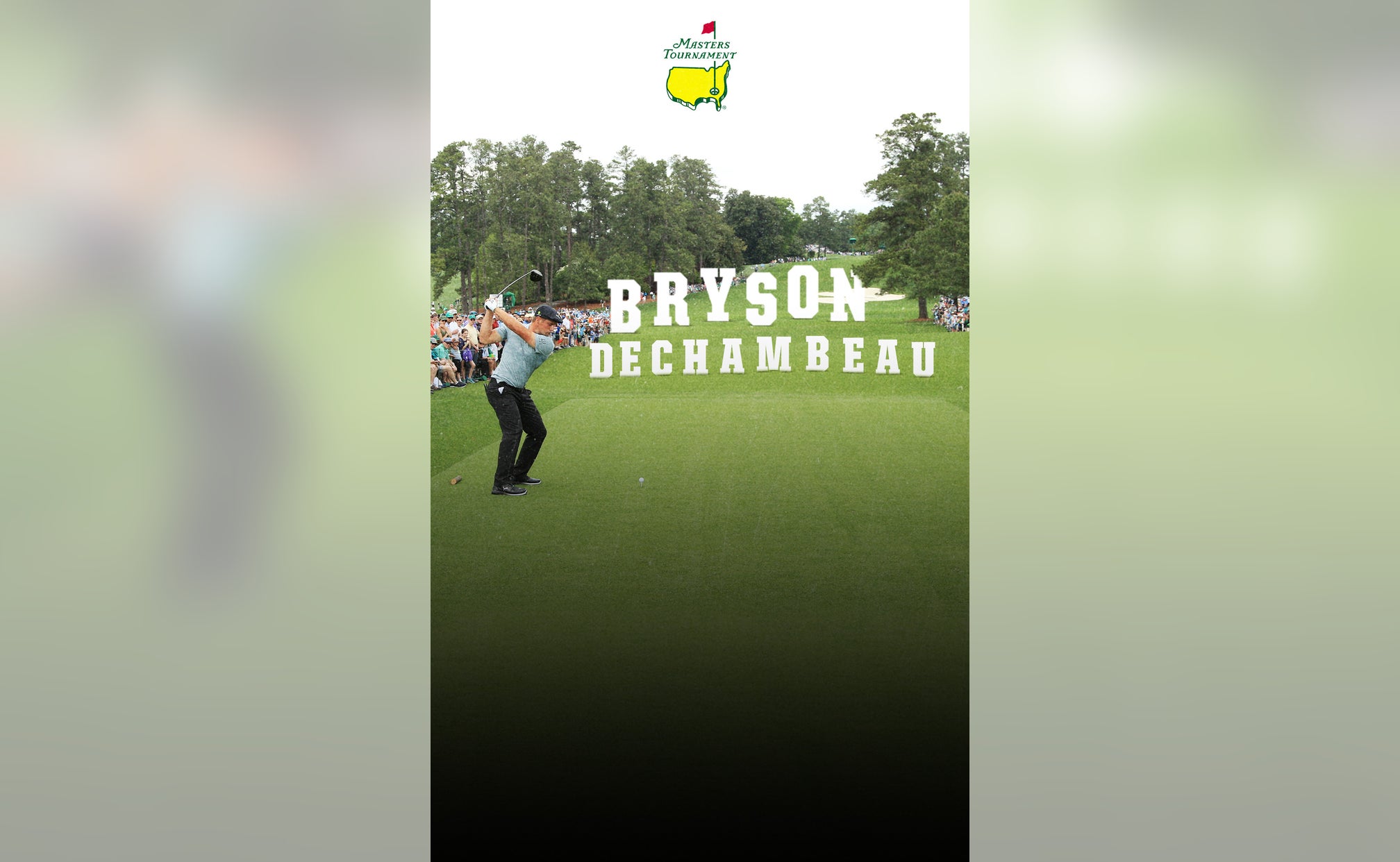 DeChambeau Ready To Shake Up The Masters

Bryson DeChambeau will be up bright and early on Thursday morning, flexing, stretching, then heading to the delightful magnificence of Augusta National and trying to shake up the Masters.

No, he really is. He’s trying to break it. Golf’s mad scientist is taking on his most audacious project yet, attempting to upend the quaint traditions and genteel ways of the sport’s most famed tournament by brute-forcing his way to a green jacket.

If it works, they might have a hard time finding one that fits.

For more than two decades, every time Tiger Woods has appeared at the Masters, he has been the biggest story in town. You would think that is the case again this year, following his epic and emotional triumph in 2019, but it’s not so.

Not after DeChambeau used the pandemic lockdown to rebuild his body, piling on 50 pounds of pure muscle. Already the longest driver on tour, the decision was part of his unerring quest to rethink golfing logic and to frame it to his own advantage.

Now, the distance boost he is getting over the field is monumental. The tour average for driving last season was 296.4 yards. DeChambeau ran first with 322.1. So far this season, he is above 344 yards, and he wants more.

Not everyone likes it. DeChambeau doesn’t care.

“I think people are starting to see that no matter what I do it is always to try to get better,” DeChambeau said on Tuesday. “People are starting to understand it is not just me being quirky and doing things my own way. It is about the process of trying to be better each and every day.”

He is a solid favorite to win this year’s tournament - listed at 8-to-1 odds, per FOX Bet - clear of world No. 1 Dustin Johnson, career Slam-chasing Rory McIlroy, Majors specialist Brooks Koepka and Jon Rahm – who had an incredible hole-in-one on Tuesday - because he has dared to think differently to the norm.

At the U.S. Open last month, the slender fairways of Winged Foot were thought likely to put a premium on accuracy. DeChambeau went the other way. Correctly reasoning that the strips of short grass were so tight that no one could hit them with regularity even if they held back on power, DeChambeau resolved to boom the ball as far as possible. That way, even if he missed, he’d still have a chance of making the green with his next shot.

He won by six strokes and was the only man to break par.

To watch the 27-year-old swing is an explosive experience. It is a sledgehammer approach, but it is a paradox – for no one thinks about the game more. DeChambeau’s preparatory pivot is revolutionary not simply because it promotes change, but because of the drastic scale of the alterations.

Golfers are forever tweaking and fiddling with their stroke or equipment. DeChambeau was already an elite player - and then just decided to blow the whole thing up to try to become the best.

It is not something he feels he should apologize for. But he knows that a win here would give other top players a conundrum: change and play catch-up, or risk slipping further behind.

DeChambeau now looks like a linebacker and is living proof that gains in the weight room can translate to the kind of stroke-tally shrinkage that every pro wants. His version of modern golf has more in common with an NFL game than a pleasant walk interrupted by a few thwacks. The point being, forget about being a world class golfer these days unless you’re prepared to work at being a serious athlete.

“From a driving perspective, I just am trying to get up there like I'm in a batter's box, swinging as hard as I can trying to hit a home run,” he said. “I don't know if there's a better way to say it.

“No matter what, athletics are always going to be top of mind in sport, no matter what sport you are in. I am sure people would react (if I win). But at the end of the day I am only going to play under the rules of golf and I will always try to do my best under those rules in the best way possible.”

Golf’s majors often throw up unpredictable narratives but logic – and yes, science – would suggest that DeChambeau has simplified the game for himself to such an extent that it’s hard to imagine a scenario where he is not in some kind of contention over the weekend.

Sports psychologists will tell golfers not to over obsess on the things that are uncontrollable. DeChambeau thinks pretty much everything is controllable. “He’s not going to fall prey to conventional wisdom,” his swing coach Chris Como told the Wall Street Journal.

To that end, DeChambeau has spent hours looking at the Masters course in a different way, exploring angles and lines that would previously be unavailable if spectators were there. Others might stumble across the same idea, but not have the physical force needed to get to the optimal landing spots.

“It’s a substantially easier golf course for him than it is for everybody else,” Justin Thomas said. “Pretty much every hole, he’s going to have a pretty distinct advantage over everybody.”

And, in an ominous warning, DeChambeau has spoken of how he can now hit it further than at the U.S. Open. All-time great Gary Player once got laughed at for suggesting a player would one day hit a drive 400 yards, but DeChambeau has done it. Player also predicted someone would be able to drive the green on the 455-yard opening hole at Augusta.

DeChambeau isn’t quite there, but he’s getting closer and is even toying with the idea of using an extraordinary 48-inch driver – the maximum allowed – when the tournament starts on Thursday morning. When it does, all eyes will be on him.

For it is an irresistible tale. He’s a science nerd who is winning by turning himself into golf’s ultimate jock. He is figuring it out and the only thing he doesn’t know, he says, is where this all ends.

He is the ultimate disruptor, a term used to bestow the highest praise in the worlds of business and technology but still something that causes sideways glances and nervous twitches in a time-honored sport like golf.

They’d better get used to it, though. There’s an insane amount of method to this scientist’s madness and it’s giving him a head start on the field. 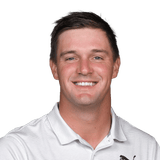 Get more from Bryson DeChambeau Add to your favorites to get information about games, news and more.
in this topic

Tiger Makes Up-And-Down Return
Tiger Woods started and ended the opening round strong at Memorial, but Bryson DeChambeau and Tony Finau stole the show.
July 16
those were the latest stories
Want to see more?
View All Stories
Fox Sports™ and © 2020 Fox Media LLC and Fox Sports Interactive Media, LLC. All rights reserved. Use of this website (including any and all parts and components) constitutes your acceptance of these Terms of Use and Updated Privacy Policy. Advertising Choices. Do Not Sell my Personal Info