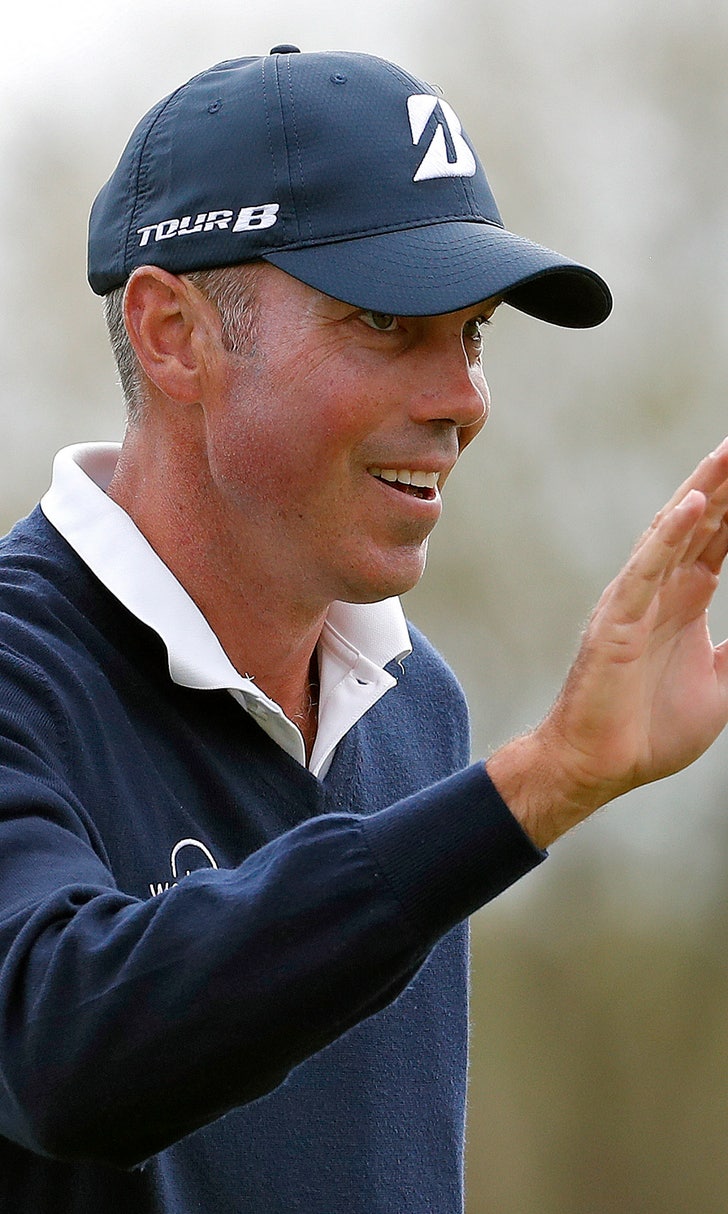 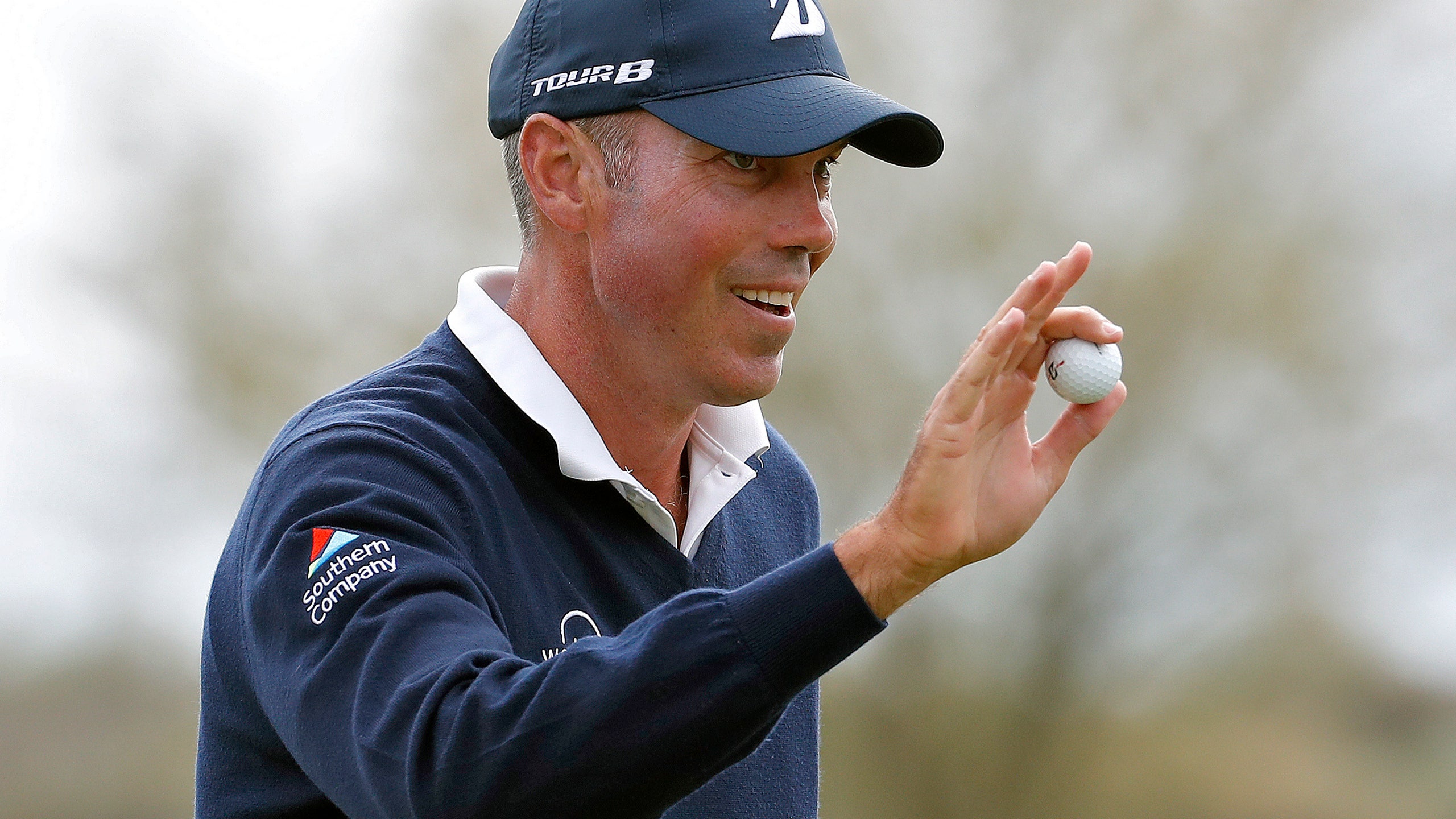 Column: Stiffing your caddie is never a good look

Matt Kuchar could have avoided a lot of damage by keeping his wallet open and his mouth closed.

Like many of golf's entitled multimillionaires, though, he simply didn't have a clue.

Not when he paid his temporary caddie $5,000 while picking up the winner's check of $1.296 million a few months ago in Mexico. Certainly not when Kuchar defended his miserly ways by suggesting local caddie David Ortiz should be grateful for the crumbs he threw his way.

It is, perhaps, when looked at from the perspective of a guy who carries the bags of tourists for a living. It is, perhaps, until you consider that most PGA Tour caddies not only get expenses but 10 percent of a winner's paycheck.

That would have translated into just shy of $130,000, which really would have been a big week for Ortiz.

But this was Mexico, and this was a caddie for the week. They had an agreement, Kuchar insisted, and Ortiz didn't deserve a penny more.

Until Friday, that is. That's when Kuchar — feeling the heat on social media and from on-course hecklers — issued a statement between rounds in Los Angeles that he would pay Ortiz the $50,000 he had been seeking.

"I made comments that were out of touch and insensitive, making a bad situation worse," Kuchar said. "I read them again and cringed."

A lot of other people cringed, too, while wondering just how tone-deaf both Kuchar and his agent, Mark Steinberg, could be.

"Go low, Kuch, go low. Just not on the gratuity!" one fan shouted to him on the sixth tee Friday.

One golf observer noted that an Australian journeyman named Cameron Percy gave his caddie $2,900 after winning $23,750 for fifth place in last week's Web.com event. Percy then went on Twitter to confirm the payment.

"I couldn't look at myself in the mirror if I didn't," he wrote.

I like people like Percy, a 44-year-old who so far this year has won $46,250. I caddied for one long ago in a PGA Tour event while trying to make a few bucks in high school.

In those days there weren't many traveling caddies and I just happened to draw an unknown named Babe Hiskey who had never won on tour. I didn't have high hopes for working the weekend of the Sahara Invitational with Babe, especially on Friday when he had to go on a birdie streak on the back nine to make the cut.

How Babe got to Las Vegas I have no idea, but he was staying with his wife and three young kids in a dingy $30-a-week motel in a seedy part of town where most customers weren't looking for a good night's sleep. He needed me to pick him up every day in my mother's station wagon to take him to the course.

Of course, Babe shot 65 on Saturday to move into the lead and ended up winning the Sahara Invitational, with me on his bag. He beat Miller Barber and Bob Goalby by a shot, and earned a cool $20,000 for his only PGA Tour win.

I got $500 and was thrilled. No, it wasn't 10 percent, but I didn't have a family to support and, besides, I figured Babe needed the money more than me.

Kuchar, of course, doesn't need the money. He's 10th on the all-time money list with earnings of $46.6 million and likely deducts any caddie payments as business expenses anyway. Still, if Kuchar had paid his caddie the same percentage of his winnings that Babe paid me, he would have gotten $32,400.

Kuchar talked Saturday about how he now understands he should have paid Ortiz more. He seemed contrite and said he called the caddie a night before and left him a message.

He's finally doing the right thing, even if it's three months too late and he had to be shamed into it by the reaction on social media and from his peers. It was a far cry from a few days earlier when Kuchar dismissed suggestions he was at fault and said, "I certainly don't lose sleep over this."

Kuchar's sense of entitlement was jaw-dropping, but not terribly surprising. Like other top pros, he lives in a world of luxury cars, private jets and fancy country clubs. On tournament weeks, his every need is taken care of from the moment he wakes up until he goes to bed.

Fans like him because he usually has a goofy grin on his face and they can yell "Kuuuuuch" when he makes a birdie. Until now, the worst thing that could be said about him was his father was a little over-exuberant as his caddie as an amateur 20 years ago.

Now he's known as a top 10 all-time money winner who stiffed his caddie before leaving town with a check bigger than the retirement accounts of 98 percent of Americans.

And that's nothing to smile about.