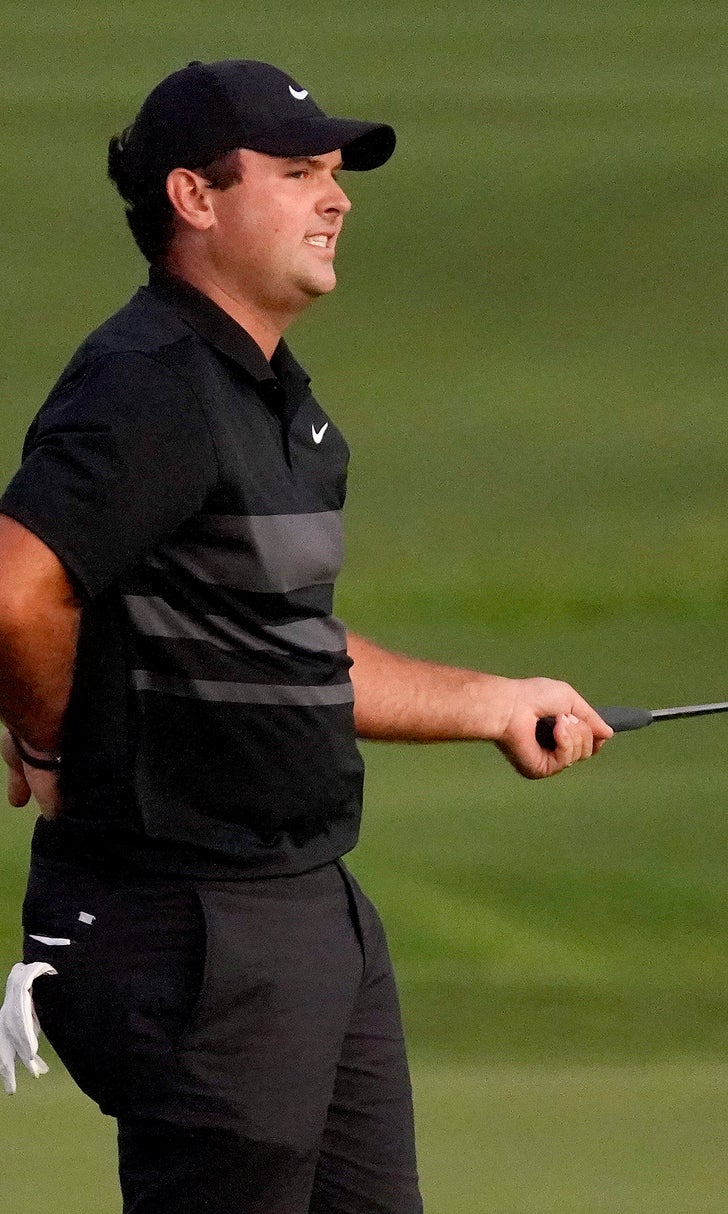 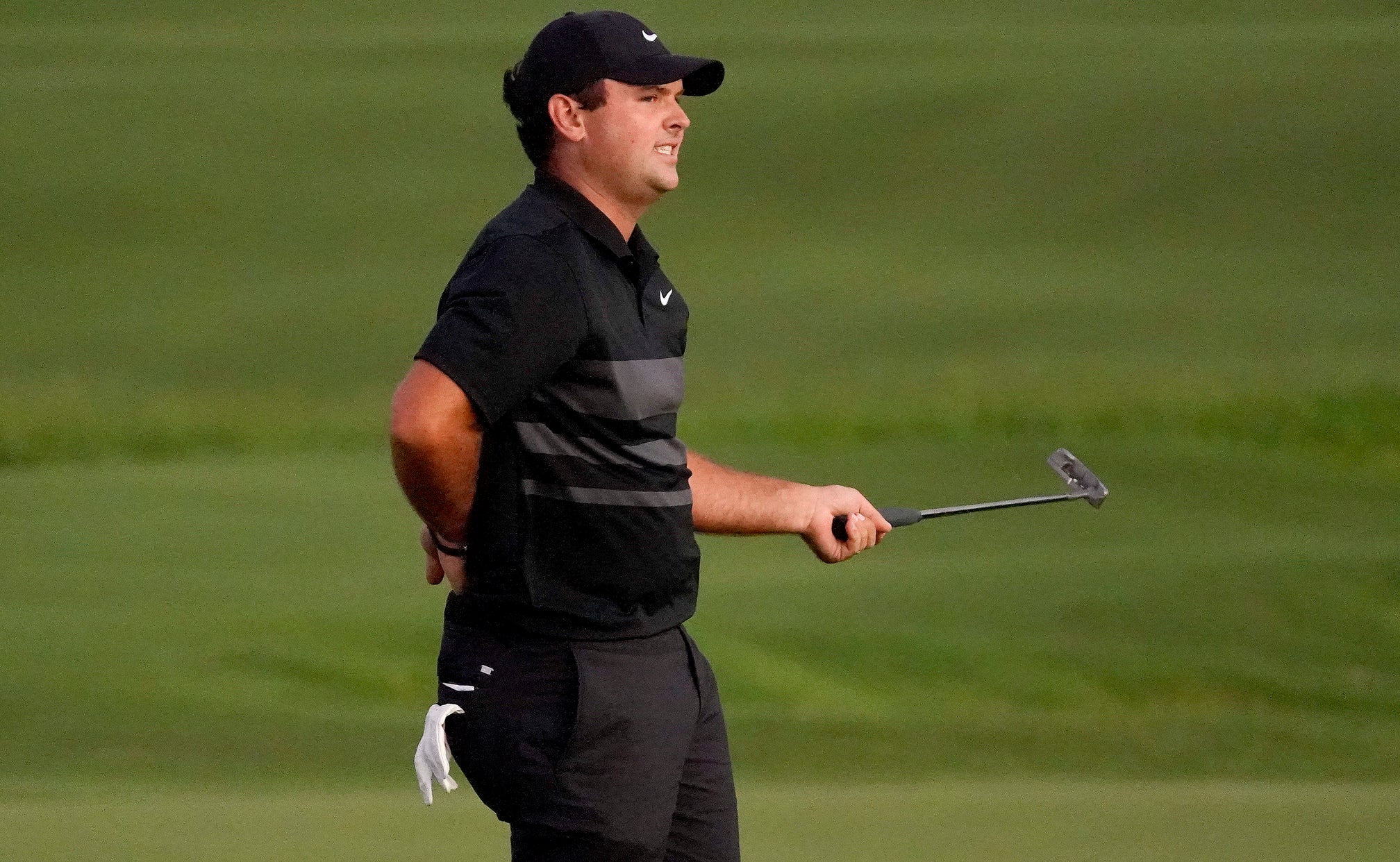 Column: Reed digs himself a hole that will be hard to escape

HONOLULU (AP) — Patrick Reed needed a 12-foot birdie putt to win at Kapalua and return at least some attention to his bullish brand of golf.

It was an untimely miss in so many ways.

Not only did it give Justin Thomas a third chance in the playoff, which he won with a sublime sand wedge to 3 feet for birdie, it was enough time for one fan to shout the word that so many others have only whispered.

The man didn't say it until the putt on the final hole — a birdie Reed knew he needed to keep playing — was halfway to the hole. But it was ugly.

It was far worse than another word often thought but rarely screamed — choke — because it speaks more to character than performance. In golf, only one is fleeting.

Reed glared up at the stands. NBC announcer Dan Hicks seized on it immediately, and before long Golf Channel was rolling the tape.

Thomas says he heard nothing, perhaps caught up in his own duties, which was making a 3-foot putt into a strong gust to win the Sentry Tournament of Champions.

Next up for Reed is the Sony Open this week in Honolulu, another chill crowd, though that's what everyone thought about Kapalua. Still to come is Pebble Beach and the TPC Sawgrass, Harding Park for the PGA Championship and Winged Foot for the U.S. Open.

Reed really dug himself a hole in the Bahamas, and there's no easy way out.

It started with a shot from the sand in a waste area left of the 11th fairway at the Hero World Challenge, the unofficial event hosted by Tiger Woods as a holiday gift to 18 players who get $100,000 for finishing last. Video shows Reed using his wedge to brush away sand behind his ball — twice — before his shot. That's improving his lie, and when shown a replay, Reed accepted the two-shot penalty. He really had no choice.

He did have a choice in how to explain it.

Instead, he claimed his club was far enough behind the ball — holding his hands 8 inches apart — and that he didn't feel it would have affected his lie. That was before he got into the "camera angle" defense, which induced as many snickers as raised eyebrows. Missing was a mea culpa. And it's too late for a mulligan.

The reaction in Australia the following week at the Presidents Cup was predictable because the violation was fresh and the competition was a team event, and Reed was on the visiting team. The heckling was harsh, and Reed didn't help matters by pretending to use a shovel after winning a hole.

Whether the punishment fits the crime is up for debate.

Reed was penalized two shots. A case could be made that it should have been more like two months.

But what recourse does the PGA Tour really have?

Commissioner Jay Monahan was asked about another allegation of cheating, this one at the BMW Masters in Shanghai in 2013 when Simon Dyson marked his ball, and then quickly reached over and used the ball to tamp down a spike mark in the line of his short putt.

He was disqualified the next day because of an incorrect scorecard, a rule that no longer exists. Dyson appeared before a three-member disciplinary panel — effectively a trial — and ultimately was given 18 months of probation during which he would be suspended two months for any rules violation.

The tour has no such tribunal. It has a commissioner.

“Golf is a game of honor and integrity, and you've heard from Patrick,” Monahan said Sunday at Kapalua. “I've had an opportunity to talk to Patrick at length, and I believe when he says that 'I did not intentionally improve my lie.' And so you go back to that moment.”

That moment was in front of a TV screen, the evidence laid bare with rules official Slugger White ready to slap him with a two-shot penalty unless Reed could make a case. There was none to be made. He accepted the penalty.

For Monahan to punish him further is effectively calling Reed a liar. He can't do that. No one can with absolute certainty. They can only think it.

The question now is how many will say it to him.

And then it becomes a matter of how long Reed can take it.

He seems to play at his best when the world is against him, and that's what he did Sunday at Kapalua. His 66 in the final round matched the low score of the tournament. Joaquin Niemann shot 66 in breezy conditions on Thursday. Reed shot 66 in 35 mph gusts three days later.

Thomas, and then Xander Schauffele, let him into the three-man playoff, and Reed nearly pulled it off. He twice had putts to win, from 30 feet for eagle on the first extra hole at the par-5 18th, and from 12 feet for birdie on the second playoff hole.

Maybe the perception will change if he wins, though it seems unlikely, at least at this stage.

Nike took some grief for its "Winning Takes Care of Everything" ad after Woods won Bay Hill in 2013 to return to No. 1 for the first time since the scandal in his personal life.

When it comes to Reed, another Nike client, it's a question worth asking.

Would winning take care of everything?