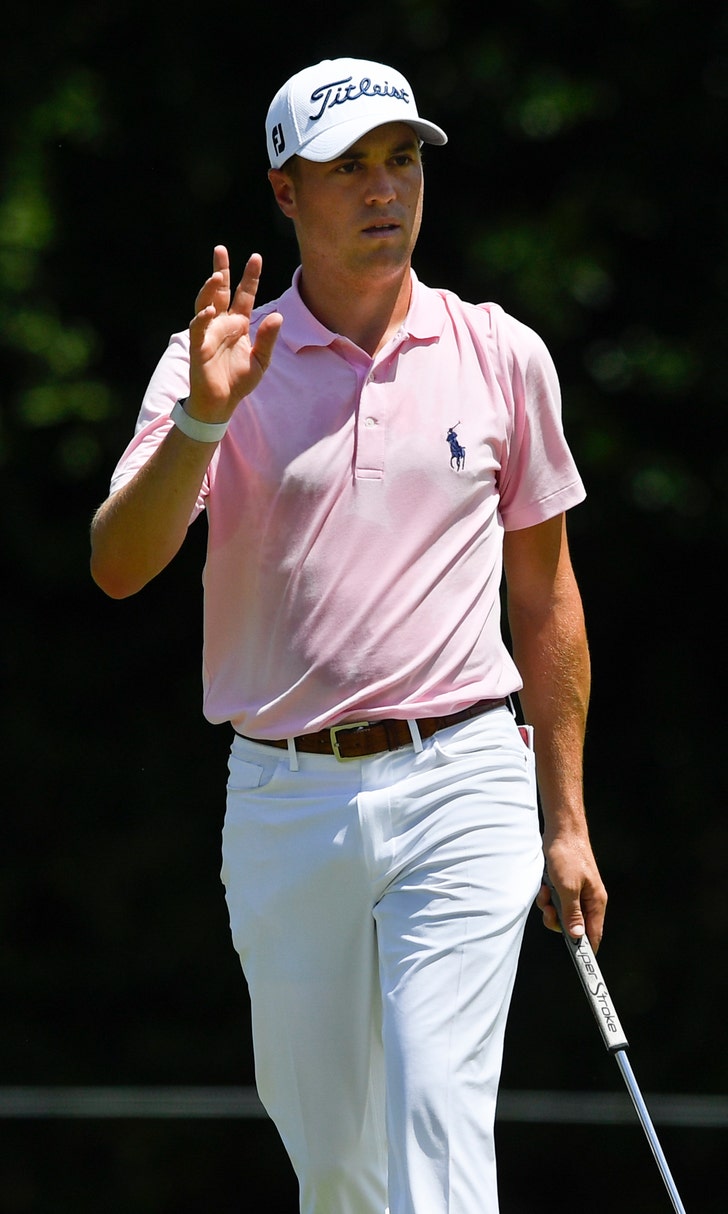 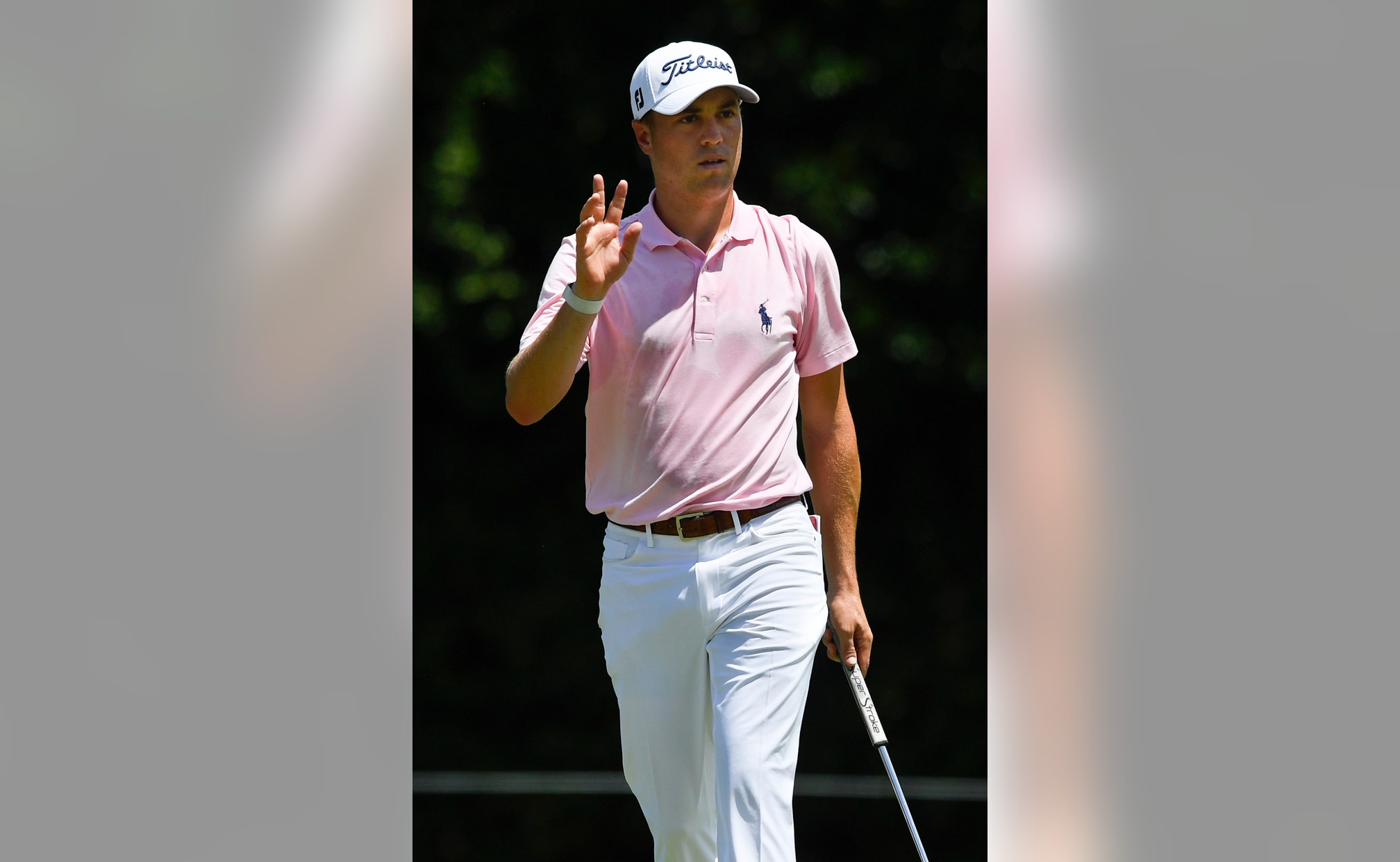 A big week for McIlroy, a costly finish for Cantlay

ATLANTA (AP) — So much attention was paid to the upside at East Lake, with $15 million going to the winner of the FedEx Cup and seven-figure bonuses paid out to the top eight players at the Tour Championship.

Overlooked was the most volatile week of the FedEx Cup playoffs, and it was costly to Patrick Cantlay.

Getting to East Lake meant a shot at the $15 million and a spot in the majors and World Golf Championships. But it was the wrong time for a bad week.

Cantlay, the Memorial winner with a pair of top 10s in the majors, began the PGA Tour's postseason at No. 6. He tied for 12th at The Northern Trust and held his position. He was runner-up at the BMW Championship and moved to No. 2 in the FedEx Cup, starting the Tour Championship with a two-shot deficit.

Dustin Johnson began the FedEx Cup at No. 7 and did not have a good postseason — a tie for 24th at Liberty National and a tie for 57th at Medinah sent him to No. 14 going into the Tour Championship. He then the worst 72-hole score of his year — 13-over 293. It was the worst score at East Lake. Because he started at 3-under par with his No. 14 seed, he tied for 29th in the FedEx Cup with Lucas Glover.

Under the previous system, where the points were reset at East Lake, Cantlay's bad week would have dropped him only to No. 5, a difference of $2.5 million.

The flip side was Paul Casey, who skipped the opening playoff event and was the No. 16 seed. He had the third-best score at the Tour Championship and finished in alone in fifth to earn $2.5 million. The payout at No. 16 is $570,000.

While a bad week at the wrong time seems cruel, the Players Advisory Council signed off on this last spring.

Not to be ignored is the Wyndham Rewards for the regular season. Cantlay earned $850,000 for finishing sixth, and Johnson got a $700,000 bonus.

Even before video surfaced of Bryson DeChambeau taking more than 2 minutes on an 8-foot putt, the PGA Tour enacted two changes that should improve the pace of play at opposite-field events, and on the weekend at other PGA Tour events.

The 36-hole cut will be the top 65 and ties, a change first disclosed in early May. It previously was top 70 and ties.

PGA Tour Commissioner Jay Monahan also said the field size will shrink from 132 to 120 players at tournaments held the same week as majors or World Golf Championships. The first example will be the Bermuda Championship the first weekend in November, held opposite the HSBC Champions in Shanghai.

Also, the Genesis Open at Riviera becomes the Genesis Invitational, hosted by the Tiger Woods Foundation. That means the field size shrinks from 144 to 120 players, equal to player-hosted events at Bay Hill (Arnold Palmer) and Memorial (Jack Nicklaus).

The next season starts Sept. 12 at the Greenbrier, and the PGA Tour has its fullest fall schedule ever with 11 events. That many events was not enough for Monahan to consider widespread reduction in fields, which has been opposed over the years to make sure players have enough starts.

"We're getting indications that guys are going to be ramping up and playing more at the start of the season than they've played in the past," Monahan said. "So opportunities will continue to be at a premium. We'll look at it, but at this point, right now we won't be doing anything additional."

Brooks Koepka and Rory McIlroy have split the two awards from the PGA of America for PGA Tour players.

Koepka won PGA Player of the Year, which he effectively had wrapped up a week before at the BMW Championship. It is based on points — 30 for a major, 20 for The Players Championship, 10 for every other PGA Tour victory, with points awarded on a sliding scale for the money list and scoring average.

The final tally was 84-78, and while the margin looks slim, the only way Koepka could have lost going to East Lake was to withdraw in the middle of a round. That would have eliminated him from the Vardon Trophy and given him no points, compared with the 14 points he earned for finishing fourth.

He won the award for the second straight year. Players are awarded a 50-point bonus for winning a second major, so last year wasn't nearly as close.

McIlroy didn't have the Vardon Trophy, which goes to the player with the lowest scoring average, wrapped up. He trailed Patrick Cantlay going into the Tour Championship, but McIlroy shot a 13-under 267, while Cantlay stumbled home to a 9-over 289.

THE SEARCH FOR PERFECT

Players who are idled by injury that limits the full swing often talk about how all they could was putt. The assumption was always they would return with that part of their game better than the rest.

Justin Thomas found out it doesn't always work that way. He missed three tournaments earlier this year — including the PGA Championship — with a wrist injury.

"When I was hurt, putting was really the only thing I could do, and I putted so much that I was trying to be perfect," Thomas said. "And striving to find that perfection, I got worse, which is — quite frankly — mind-blowing and a bit concerning. So I came out of that thinking I was going to putt better than I ever have, and I putted worse than I have in a couple of years. So that was pretty frustrating."

He went back to the start — same putter, same golf ball, same drills, and eventually pulled his way out of it.

"We just were like, 'Let's go back to what got you here and stop trying to be somebody you're not,' because I did really well doing what I was doing," he said.

The U.S. Solheim Cup team has 10 players from the top 50 in the world, two of them in the top 10. Europe has six players in the top 50, with Carlota Ciganda at No. 12 as its highest-ranked player. South Korea has 20 players in the top 50, more than both Solheim Cup teams combined. ... Texas sophomore Cole Hammer has won the Mark H. McCormack medal as the leading men's player in the world amateur golf ranking. That earns Hammer exemptions into the U.S. Open and British Open next year. Hammer qualified for the 2015 U.S. Open at Chambers Bay when he was 15. He is playing next month in the Walker Cup at Royal Liverpool. ... Europe and the U.S. each have seven players from their Solheim Cup teams in the Cambia Portland Classic, the final event before the Sept. 13-15 matches in Scotland.

The final 37 tournaments of the PGA Tour season were decided without a sudden-death playoff.

"As hard a time as he had lifting it up, I thought the money was in there." — NBC Sports analyst Paul Azinger on watching Rory McIlroy struggle to hoist the FedEx Cup trophy. The victory was worth $15 million.