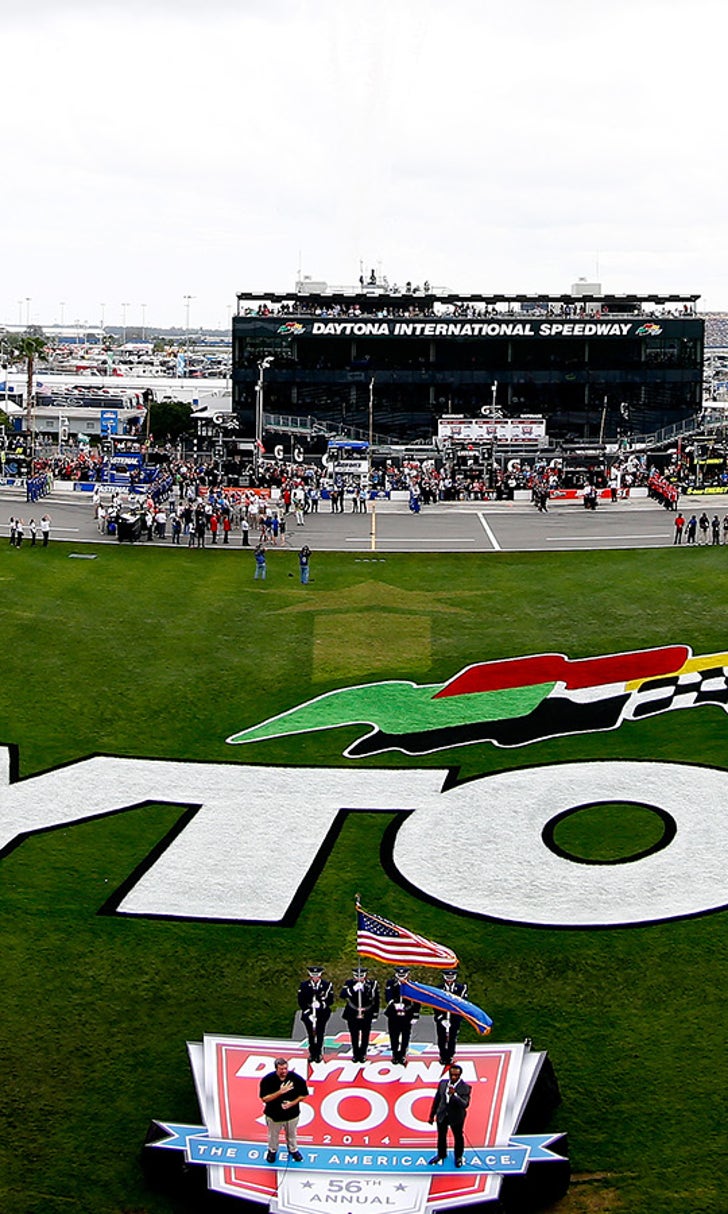 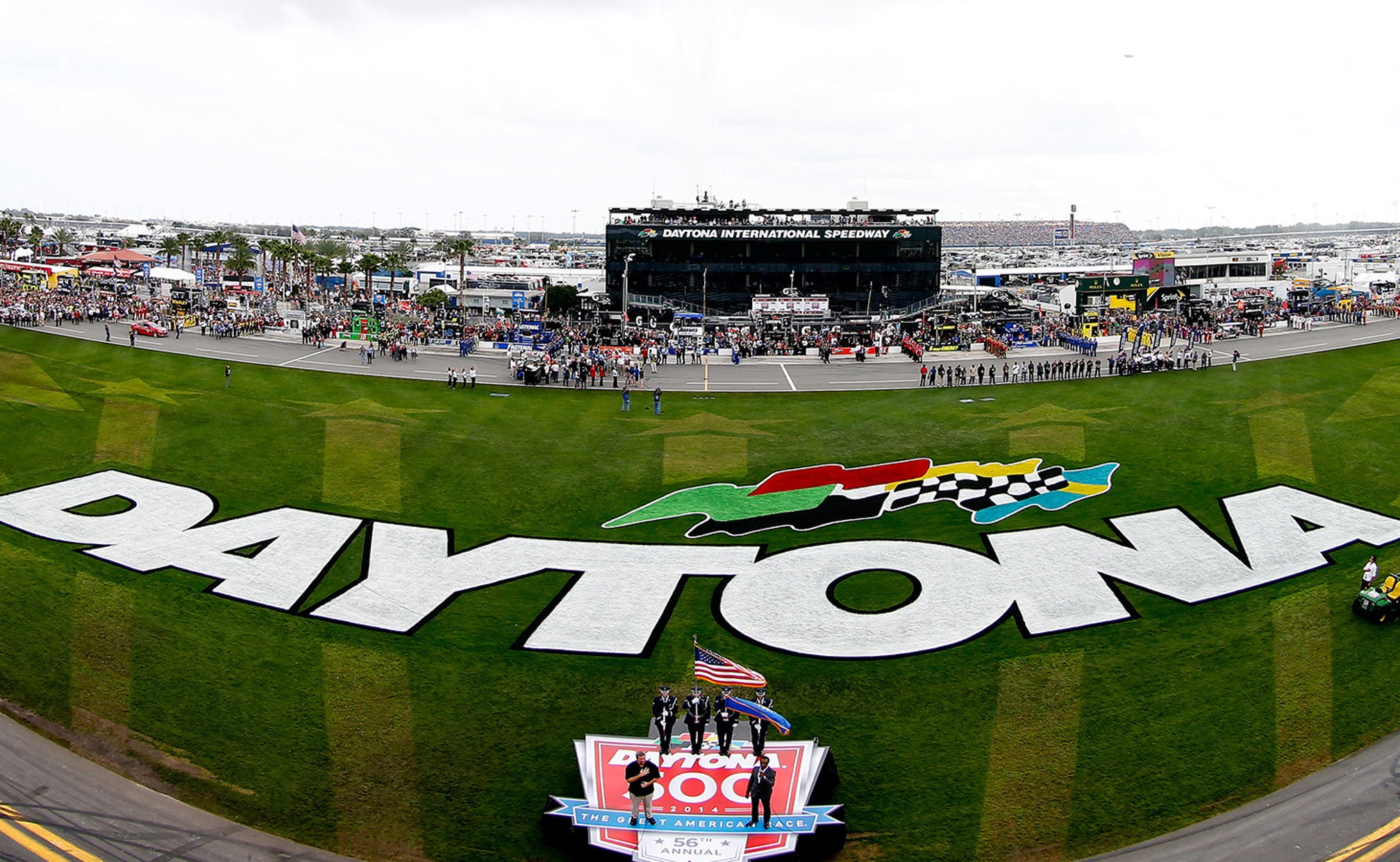 The 2015 NASCAR season kicks off Feb. 14 with the annual exhibition race at Daytona International Speedway, the Sprint Unlimited. Most fantasy racing leagues don't recognize this NASCAR exhibition event in the fantasy racing season, but some do along with many racing pools that form specifically for this race and its unique format. The Sprint Unlimited is a much shorter race than the 500-mile event the following Sunday, the Daytona 500. It more closely matches the heat races that we're familiar with in late-model stock racing on dirt tracks all around the country. The field is much smaller, but the stakes are just as high. Thanks to the $1 million purse, and about $200,000 to the winner, the competition in this exhibition in some ways will be more heated than what we will witness in the Daytona 500 the following week.

The racing consists of a 75-lap event that equates to 187.5 miles of racing on the famed Daytona International Speedway. The 75 laps are split into segments (to be determined by a fan vote) with a 10-minute pit stop break in between each segment. The criteria to make the 2015 Sprint Unlimited are based upon the following qualifications, with eligibility based on a driver having competed in the NASCAR Sprint Cup Series within the last two seasons:

This exhibition race tends to crank out repeat winners most seasons. Like any race at Daytona, a driver with a knack for restrictor-plate racing and ability to make the partnerships on the race track to get to the front will enjoy the most success and compete for the win. Since this race is just 75 laps, it trends toward drivers who unload a fast car right off the hauler and don't have to make many, if any, adjustments. As you can see in the table below, it's been won from the front row three of the last five years. Here is a list of the last 12 year's winners of the Sprint Unlimited. This should give us a good idea of the specialists for this race.

This race is completely different than NASCAR's normal format, so we have to take the historical statistics in context this week. The stats can be skewed since several teams come to the Sprint Unlimited with "disposable cars" and looking to hit the big payday even at the expense of wrecking the team's car. With a total purse that will exceed a million dollars, the mindset is completely different than any normal points-paying event. However, we can only rely on the loop stats to a certain degree when evaluating our contenders this week. The loop stats in the table below cover the last nine years or nine exhibition races at Daytona International Speedway.

This exhibition race is unlike any of the normal Sprint Cup Series events, so we'll handle the prognostications a bit different as well. We'll give you our picks for who'll contend for the win in the Sprint Unlimited. These are the drivers who we see as the top threats to win the first race of 2015 and take the big purse in this Saturday night spectacle.

Kevin Harvick - Harvick has won three of the last six Unlimited races, and that's not by accident. Last season's Sprint Cup champion won this event two years ago in dominant fashion, leading 40 of the 75 laps and out-battling Tony Stewart and Matt Kenseth to take the win. Since his move to Stewart-Haas Racing, we look for the star driver of the No. 4 Chevrolet to continue his excellence in this exhibition event. Harvick is all business when the engines fire up for the first time each season under the lights in Daytona. This weekend will be no different. The veteran driver is going to serve notice that he's going to be a tough champion to dethrone.

Dale Earnhardt Jr. - The Hendrick Motorsports star rediscovered the key to victory lane last season with his thrilling Daytona 500 win and multiple other victories throughout the season. Earnhardt has always shown up well in this exhibition event. He's a two-time winner of the Sprint Unlimited and his loop stats backup the trophies as evidence. Earnhardt has led a series-best 94 laps in this race since it took on its current format. Considering the consistency and chemistry the No. 88 team has showed the last few seasons, it wouldn't be at all shocking to see the NASCAR icon celebrating in victory lane this Saturday night at Daytona.

Denny Hamlin - The most dominant driver of the restrictor-plate tracks in 2014 was easily Hamlin and his No. 11 Toyota team. They captured the win in this season-opening exhibition by leading 27 laps and setting the pace most of the way. Hamlin didn't stop there as he earned a victory in his Gatorade Duel qualifying race later in the week and a brilliant runner-up finish in the Daytona 500. The Joe Gibbs Racing star added a Talladega victory later in the spring for good measure. Hamlin is now a two-time winner in the Sprint Unlimited and cannot be taken lightly in this thrilling exhibition race.

Kyle Busch - The Joe Gibbs Racing star won this event in 2012. Busch was an opportunist when he won that Sprint Unlimited. Given his go-for-broke attitude, these shortened exhibition races play well to his aggressive style of racing. In this race one year ago, the driver of the No. 18 Toyota led 6 laps and finished a brilliant third, well within eyesight of the winner and teammate Denny Hamlin. Busch has led 60 laps in the Sprint Unlimited in the last nine seasons, and that places him among the Top 3 in the series in laps led in this event. When the lights turn on at Daytona, Busch typically goes for broke.

Brad Keselowski - The former series champion and firebrand of the Penske Racing camp has never won the Sprint Unlimited, but he came very close last season. Keselowski was trying to track down Denny Hamlin in the closing laps and came up just short at the finish line. The second-place finish was his best effort in this thrilling exhibition race. Now that Keselowski has some experience in this event, he knows what it takes to win. If Penske gives him another fast race car, he'll be hard to keep out of victory lane. His average finish of 3.0 over two starts shows just how close he's been to winning this race to this point in his career.

Joey Logano - The Penske Racing young gun will be making his seventh start in the Sprint Unlimited when the engines fire up on Saturday night. It's hard to believe that the 24-year-old has been racing that long in NASCAR's top division. After some growing pains early-on in this exhibition race, it looks like the driver of the No. 22 Ford is inching closer to winning his first mega-payout and trophy in this race. Third- and fourth-place finishes each of the last two years have shown that he's in the lead pack and racing among the leaders in the closing laps. His 11 laps led were a personal best in this race. Logano is a good dark horse candidate to sneak away with the win.

Tony Stewart - Smoke is a three-time winner of this event since it went to its current format. The owner/driver of the No. 14 Chevrolet not only tops the loop stats for the Sprint Unlimited, but he's also had his fair share of success at Daytona. In addition to his three victories in this exhibition race, Stewart has earned three Daytona victories in the Coke Zero 400 held under the lights. You could say that he really takes his level of performance up a few notches when we race in prime time at DIS. The only thing that dampens our enthusiasm for Stewart in this race is that he has not raced at 100-percent for much of the last two seasons. He was collected in the big crash in last season's Unlimited and hopes to do much better this time around.

Jamie McMurray - If there's a sleeper in the field to follow, it has to be McMurray and the No. 1 Ganassi Racing team. The veteran driver is a proven restrictor-plate racer with four career wins between Daytona and Talladega. He's never won the Sprint Unlimited, but as you can see in the driver loop stat chart above, he brings a lofty 95.9 Sprint Unlimited driver rating into this race. McMurray led 10 laps in last season's exhibition before ultimately finishing sixth. He was mixing up with the leaders for the entire 75 laps.