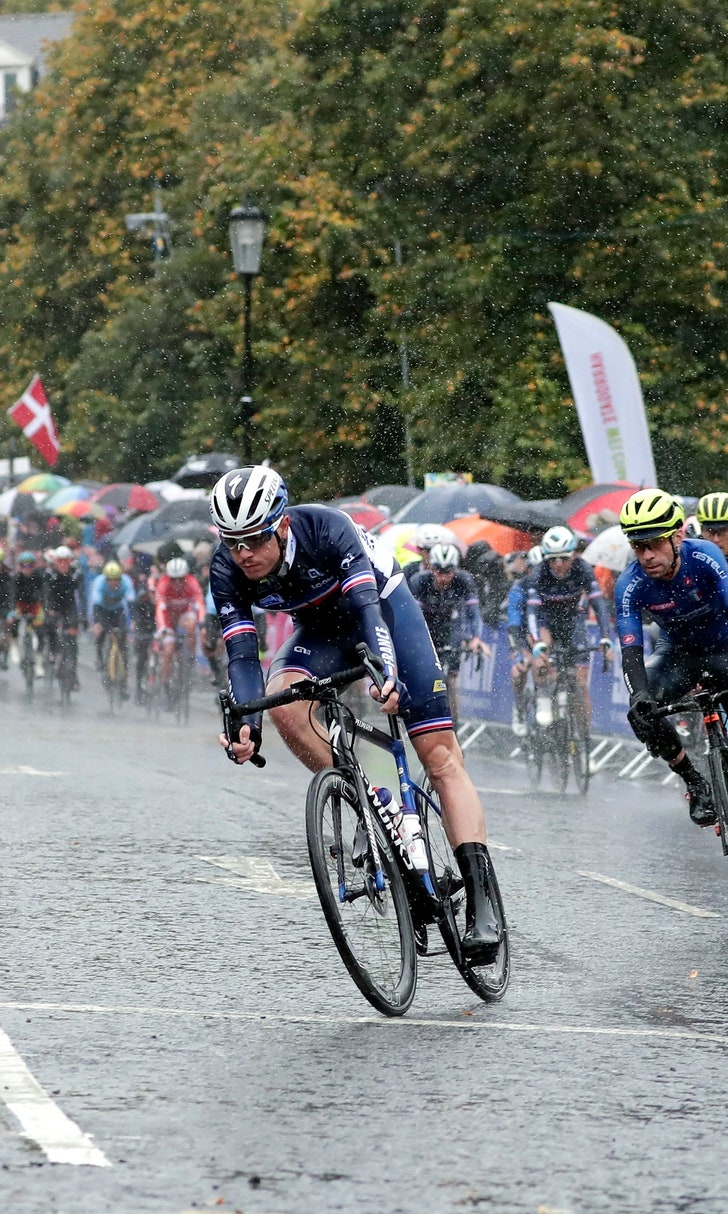 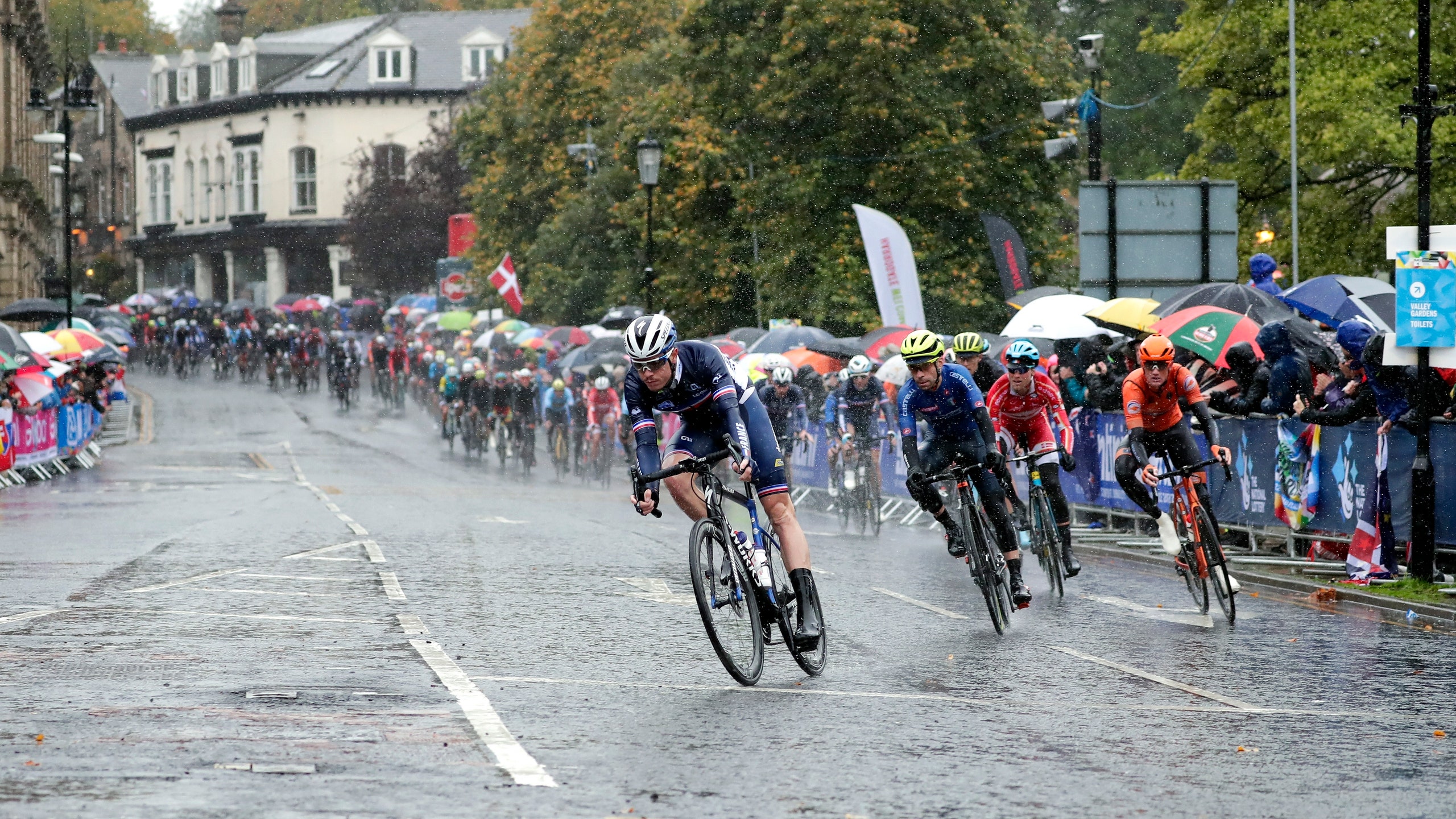 The 23-year-old Dane beat Matteo Trentin and Stefan Kung as the race — 261 kilometres (162 miles) in the cold and wet Yorkshire Dales — came down to a much-reduced sprint on Parliament Street.

Trentin was first to open up as they came past Bettys Cafe Tea Rooms but the Italian soon realized he had gone too soon as Pedersen swept past him to win by a comfortable margin.

Organizers announced early Sunday that the route would be cut by 19 kilometers to 261 kilometers, bypassing the key climbs of Buttertubs and Grinton Moor as flooding struck roads made famous by the 2014 Grand Depart of the Tour de France.

Defending champion Alejandro Valverde climbed off with 100 kilometers to go, with Britain's 2018 Tour de France winner Geraint Thomas another to give up early.

"I would have liked to have finished the race, to be there out of respect for my teammates and for Spain," Valverde said in a tweet from the Spanish cycling federation. "It was very cold, very windy, and raining ... I was completely frozen."