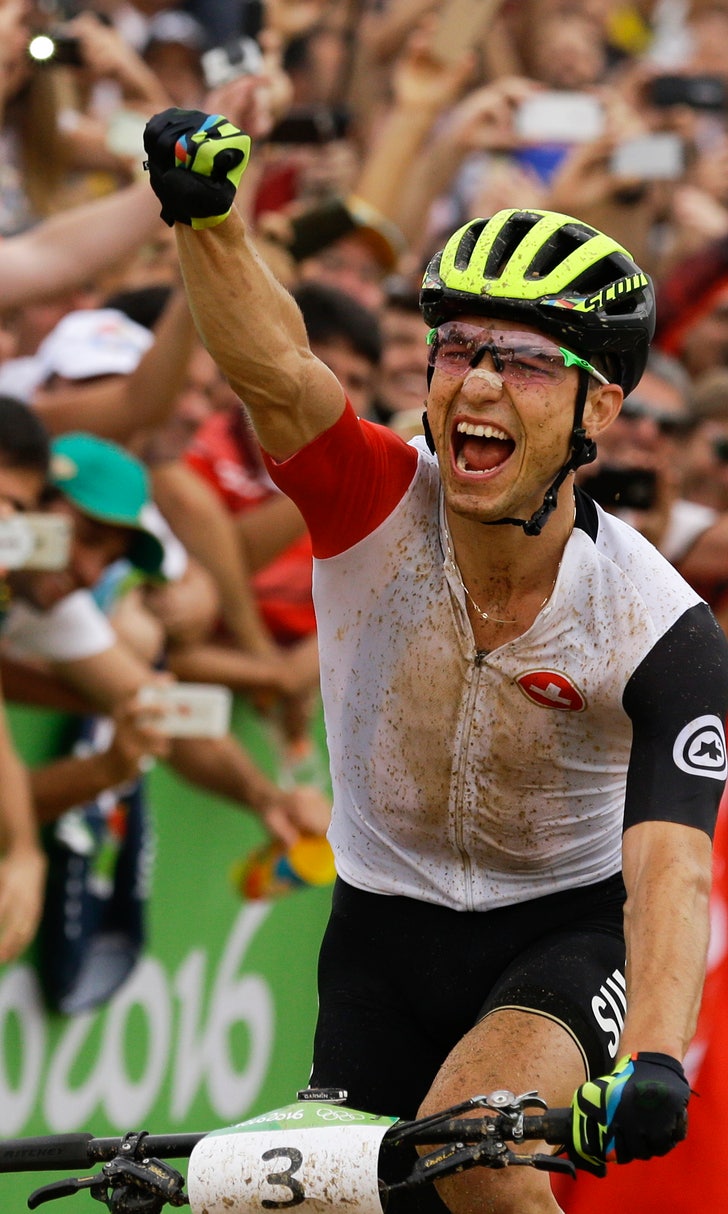 BERN, Switzerland (AP) — Olympic cycling champion Nino Schurter faces being reprimanded by the Swiss Army after posting a photo on social media showing his bare bottom with the White House in the background.

The army confirmed details reported in Swiss media that the 33-year-old racer faces a possible warning from his senior officers over the incident this month, though any disciplinary action will not be announced.

The 2016 Olympic gold medalist and multiple world champion in mountain bike cross-country is supported in his career by Switzerland's military.

Schurter was on service duty between races in the United States two weeks ago when he posted a photo on Instagram with three team colleagues all dropping their pants while facing the White House.

The photo, since deleted, was tagged to President Donald Trump and included the message "white (peach emoji) for the White House."

The Swiss Army says it did not want to make a scandal of the incident, and Schurter had apologized to his commanding officer. He told Swiss media taking the photo had been spontaneous and he loved being in the U.S.

Schurter is the current Swiss sportsman of the year, beating tennis great Roger Federer into second place last December in a public vote.