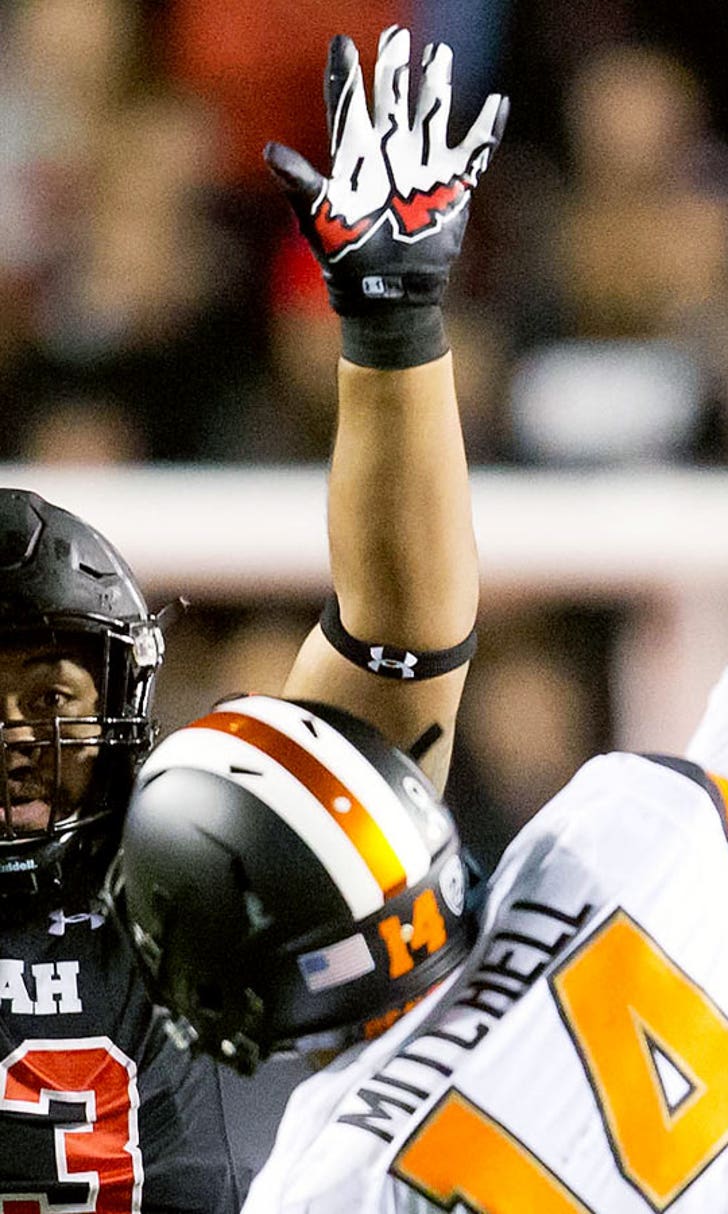 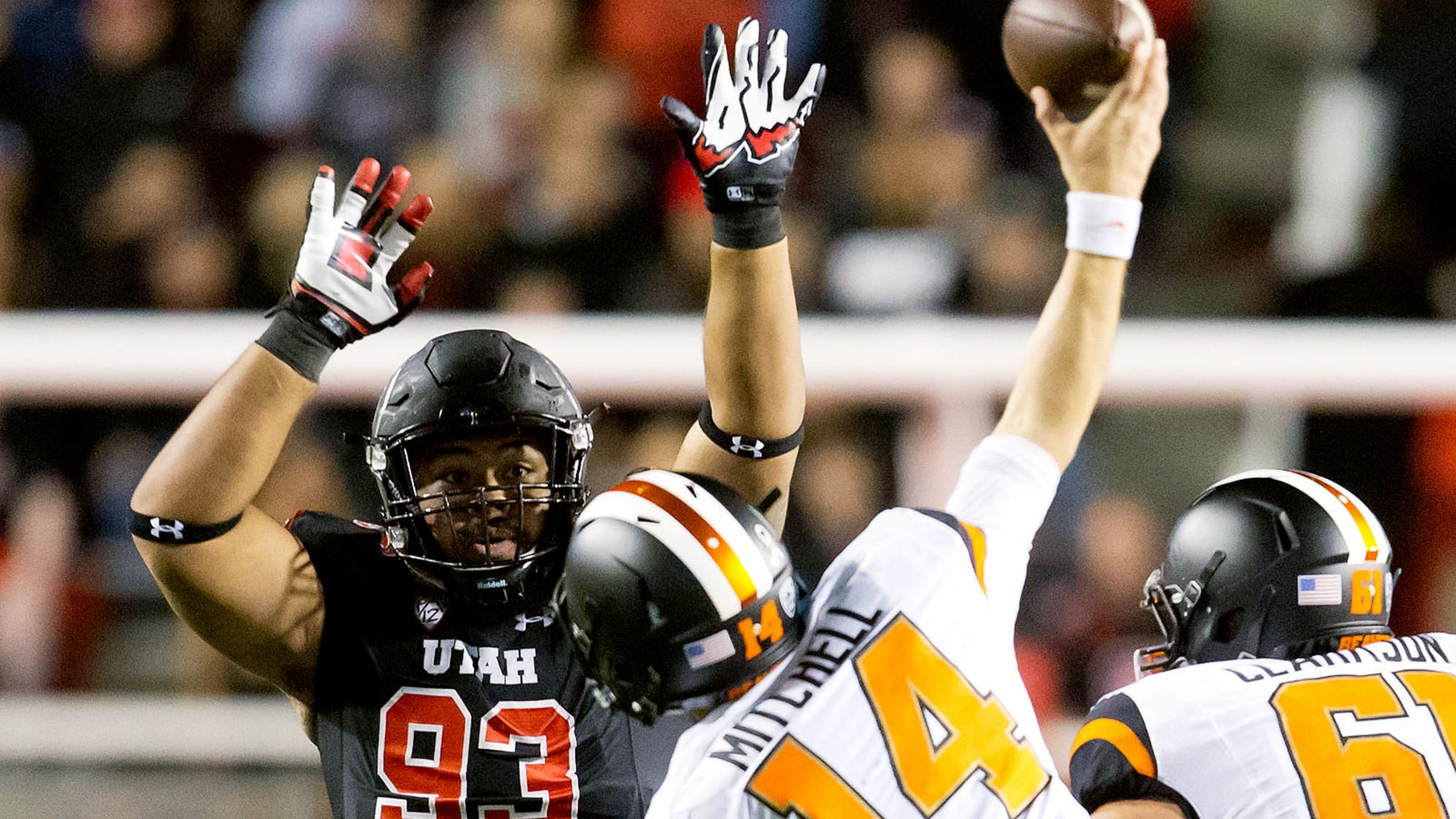 With another conference win, No. 13 Utah keeps eyes on Pac-12 title game 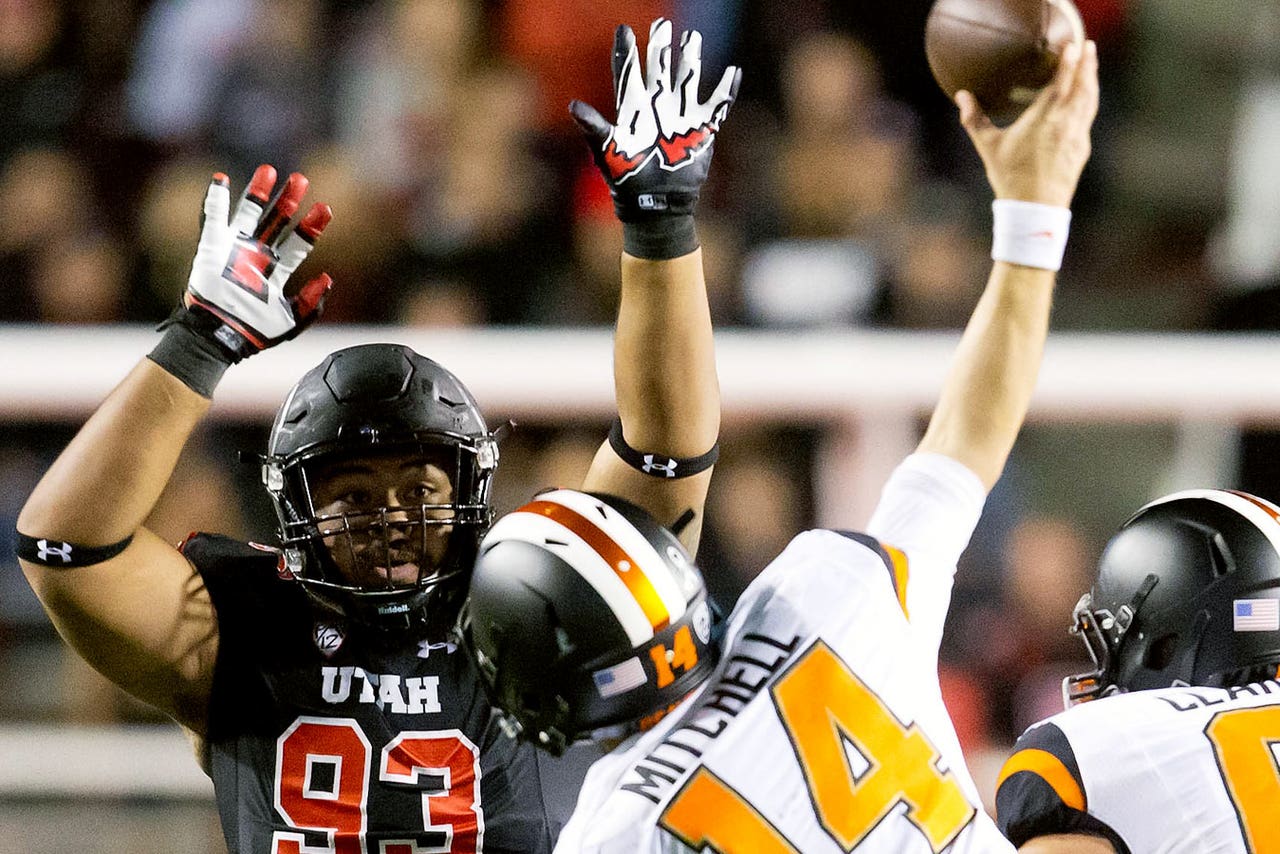 SALT LAKE CITY -- The magic number is down to four for No. 13 Utah.

Four more wins and the Utes will play in their first Pac-12 title game since joining the conference in 2011.

"Were you impressed by that?" Utah coach Kyle Whittingham asked the media at the start of his press conference. "... Bottom line is that we're 7-1 and we're headed to Seattle with sole possession of first place in the Pac-12 South.

"I'm very interested in the College Playoff rankings. That's what it's all about. The other rankings are just window dressing for the fans and the media. We are very, very interested to see where we're at."

Utah led 14-0 after its first two possessions and cruised from there. Devontae Booker rushed for 121 yards and a touchdown, and Travis Wilson completed 14 of 17 passes for 198 yards and a touchdown and ran for 56 yards and a score. Wilson broke the Utah record for starts by a quarterback with 34, and tied Alex Smith for second place in school history with 21 wins as a starter.

"There was a little more emphasis on the running game, from my point of view," Booker said. "Just based on the amount of carries I had last week, I was able to get the ball early and do some good things."

Utah ran 12 consecutive times on the opening drive of the game to put Oregon State in an early hole. Booker carried nine times for 44 yards, including a 1-yard touchdown run to end the drive. The drive lasted 6:52 and made the Beavers look woefully unprepared.

Things didn't get any better after the Oregon State offense quickly punted.

Booker opened the next possession with a 14-yard run, but the Utes eventually discovered the forward pass and Wilson hit tight end Harris Handley for a 39-yard touchdown strike down the left sideline. That drive went 90 yards in five plays.

"I wish we would have put up some more points, but I'm happy with the performance and the efforts," Wilson said.

The rout seemed to be on with Utah up 14-0 less than 12 minutes into the game, but the Oregon State defense found its legs and pitched a second-quarter shutout.

The Beavers offense, however, never got going. Two second-quarter drives ended in field goals, but Oregon State managed just 312 yards all game, and 58 came on its final drive of the night. It entered the game averaging 342.4.

Oregon State (2-6, 0-5) was without starting quarterback Seth Collins, who didn't make the trip after injuring his knee Thursday. That left freshman Nick Mitchell to make his first true career start at quarterback. He technically started alongside Collins last week for a trick play on their first offensive play of the game.

Collins was a strong runner and helped the Beavers rank No. 6 in rushing offense in the Pac-12, even if they ranked last in passing. With Mitchell, Oregon State struggled to do both.

Mitchell threw for 204 yards and a touchdown. Victor Bolden had 45 yards rushing and 34 receiving yards with a touchdown.

"(Mitchell's) command seemed good, his overall poise was pretty impressive to me," first-year Oregon State coach Gary Andersen said. "We'd all like to have some things back obviously. But, I was proud of Nick. It seemed to me the offense, overall against a very aggressive defense, was at peace with themselves."

The 312 total yards were the second-fewest Utah has allowed all season.

Tevin Carter and Jared Norris tied for a team-high nine tackles for the Utes. The 12 points allowed is a season low for Utah. This is the fourth time this season Oregon State has been held under 14 points.

"We are continuing to make strides," Mitchell said. "In a game like this when you are playing a team that was the No. 3 team in the country last week, we were with them the entire game. That shows the strides we've made. At the end of the day it comes down to those few plays we just have to execute when it counts."