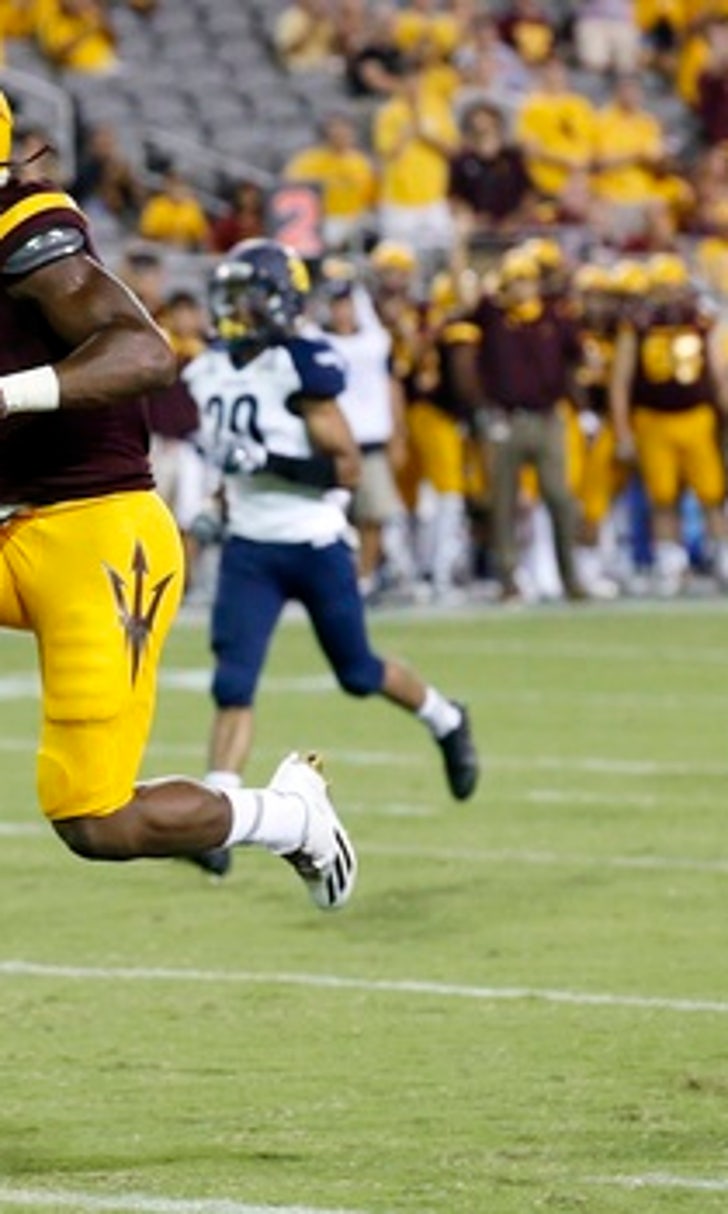 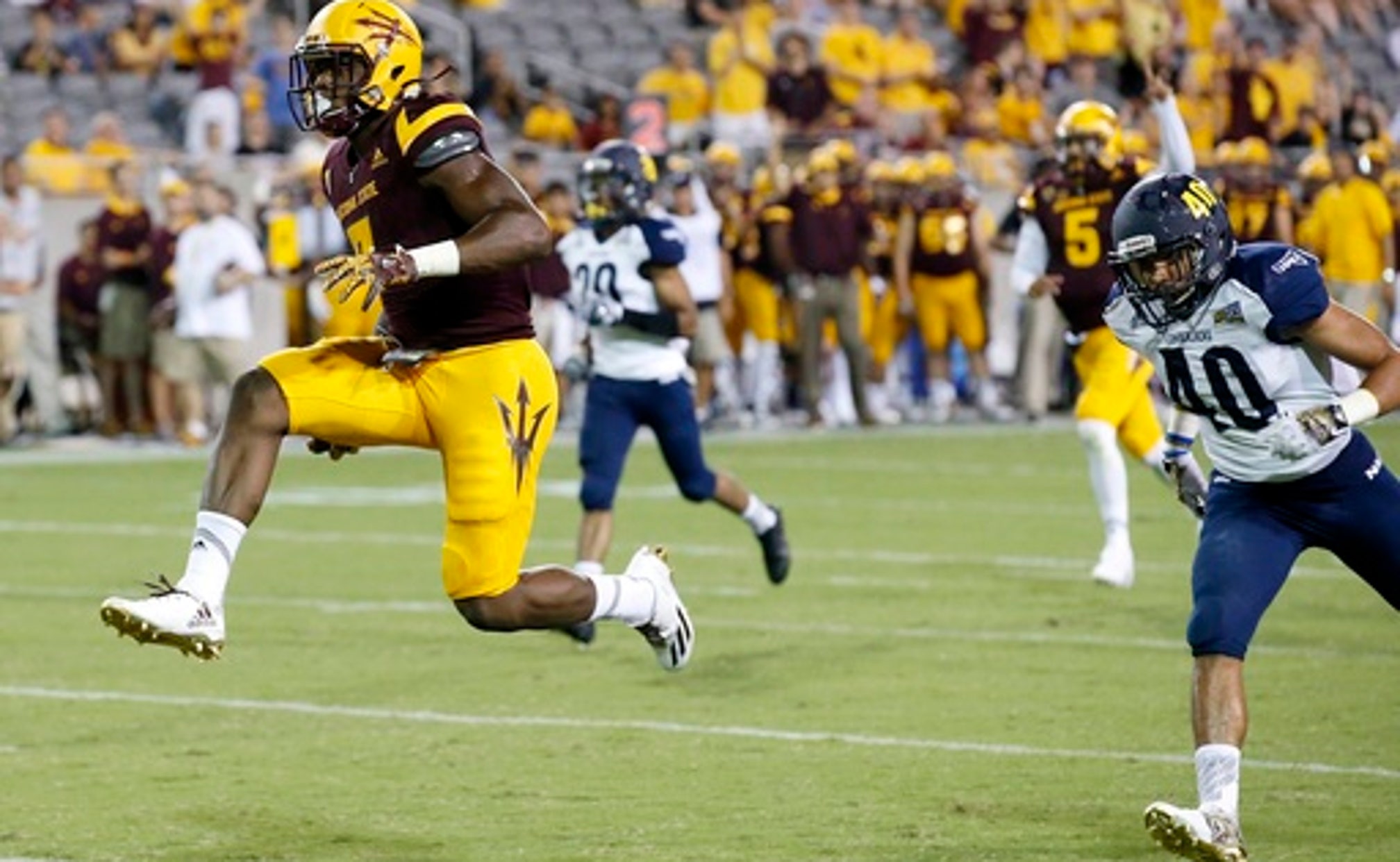 Wilkins, Sun Devils pull away for 44-13 win over NU 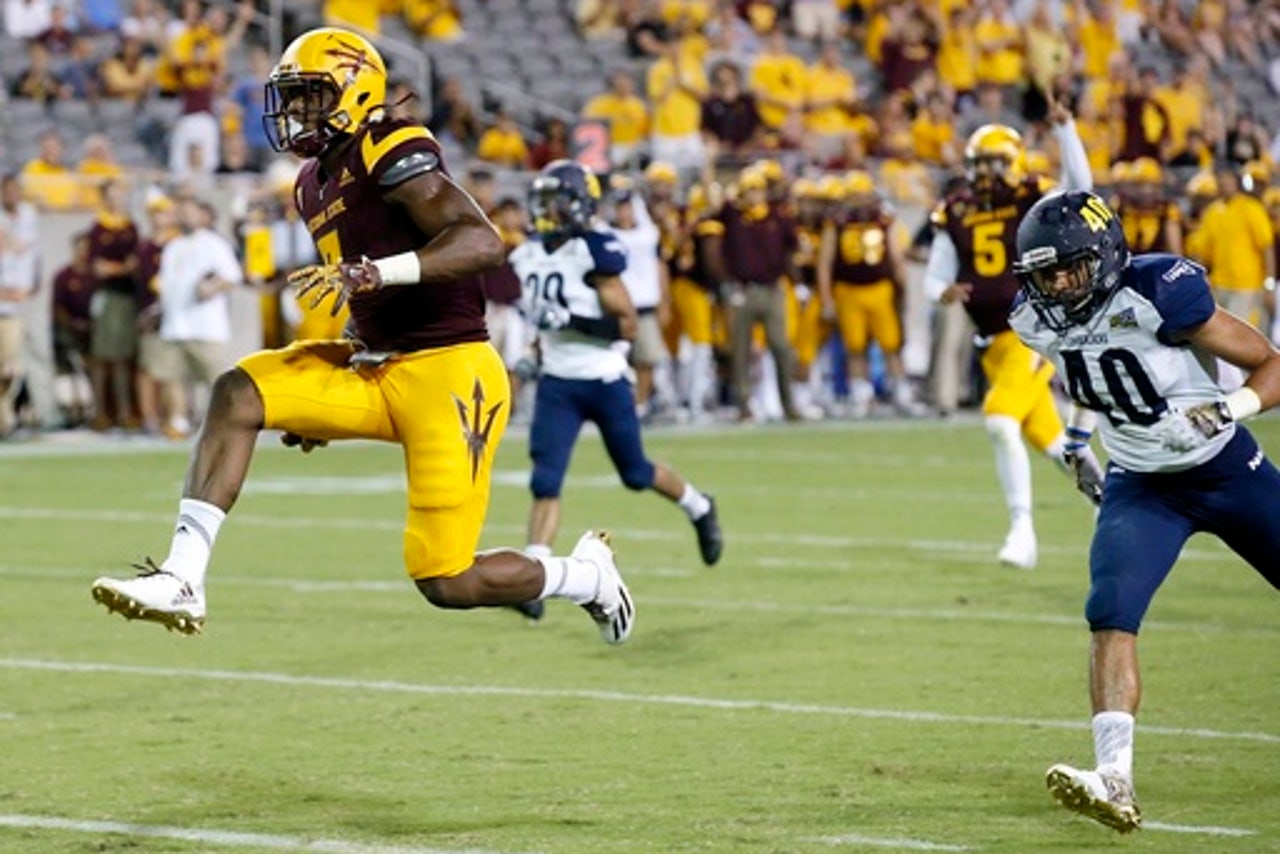 TEMPE, Ariz. (AP) Manny Wilkins passed for 180 yards, ran for 89 and a touchdown and even hurdled a would-be tackler in his first college start and Arizona State pulled away for a 44-13 victory over FCS foe Northern Arizona on Saturday night.

The offense was sluggish and the Sun Devils led just 10-6 before scoring on its final seven possessions. They scored 24 points in the fourth quarter.

Freshman N'Keal Harry took a lateral from Wilkins and raced 34 yards for a touchdown and Kalen Ballage ran 30 yards for a score in the outburst.

Northern Arizona's Case Cookus completed 23 of 33 passes for 369 yards, including an 87-yard touchdown to Elijah Marks. Marks had eight catches for 174 yards.

Wilkins, a redshirt sophomore who was named the starter by coach Todd Graham on Friday, completed 20 of 27 passes with one interception.

Zane Gonzalez kicked three field goals, including a career-long 53-yarder, for the Sun Devils, who haven't lost to the Lumberjacks since 1938.

The game looked like an Arizona State romp at the start.

Ballage returned the opening kickoff 27 yards and the Sun Devils went 44 yards on seven consecutive running plays with Wilkins running 13 for the touchdown.

Wilkins' first pass as a college player was complete for 15 yards. His second was intercepted at the Arizona State 46 by Cole Sterns.

Northern Arizona got its first field goal, from 36 yards, after pinning the Sun Devils at their own 3-yard line and forcing a punt.

The Lumberjacks took the second-half kickoff, with Cookus completing passes of 39, 14 and 12 yards, advanced to the Sun Devils' 1-inch line. But a false start penalty and delay of game pushed them back and Haack's 23-yard field goal cut Arizona State's lead to 10-6.

Gonzalez's 53-yarder boosted the ASU advantage to 13-6 with 7:35 left in the third quarter.