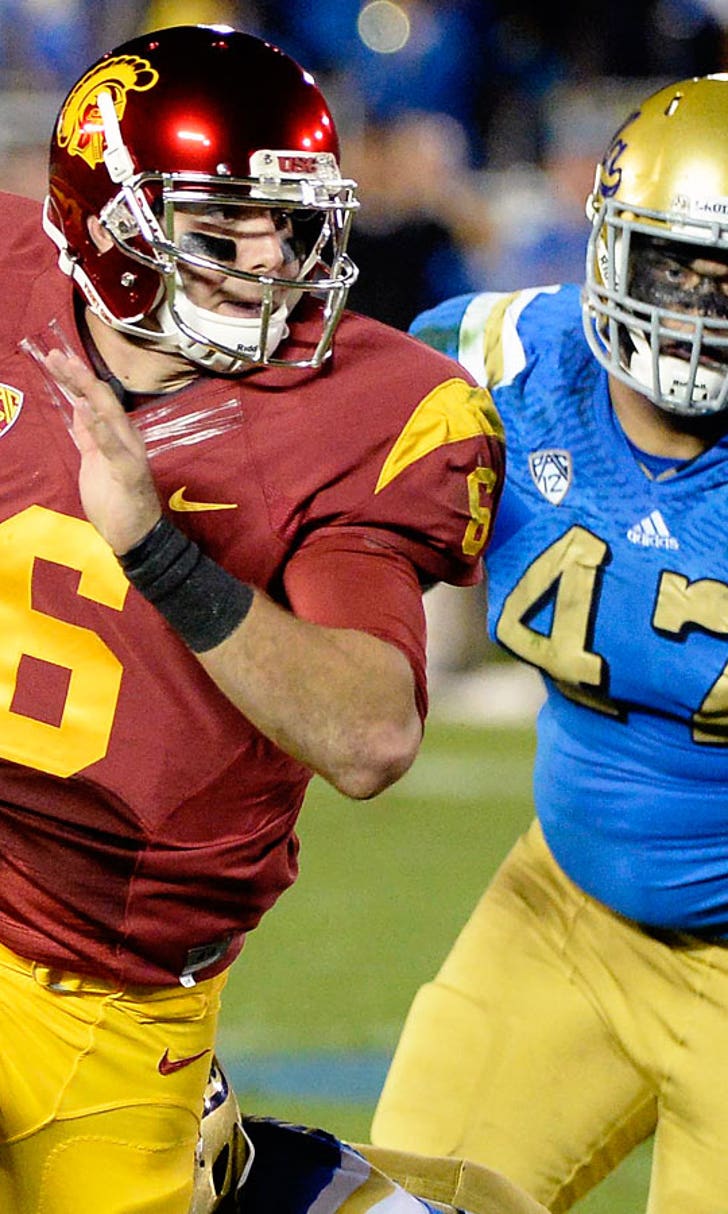 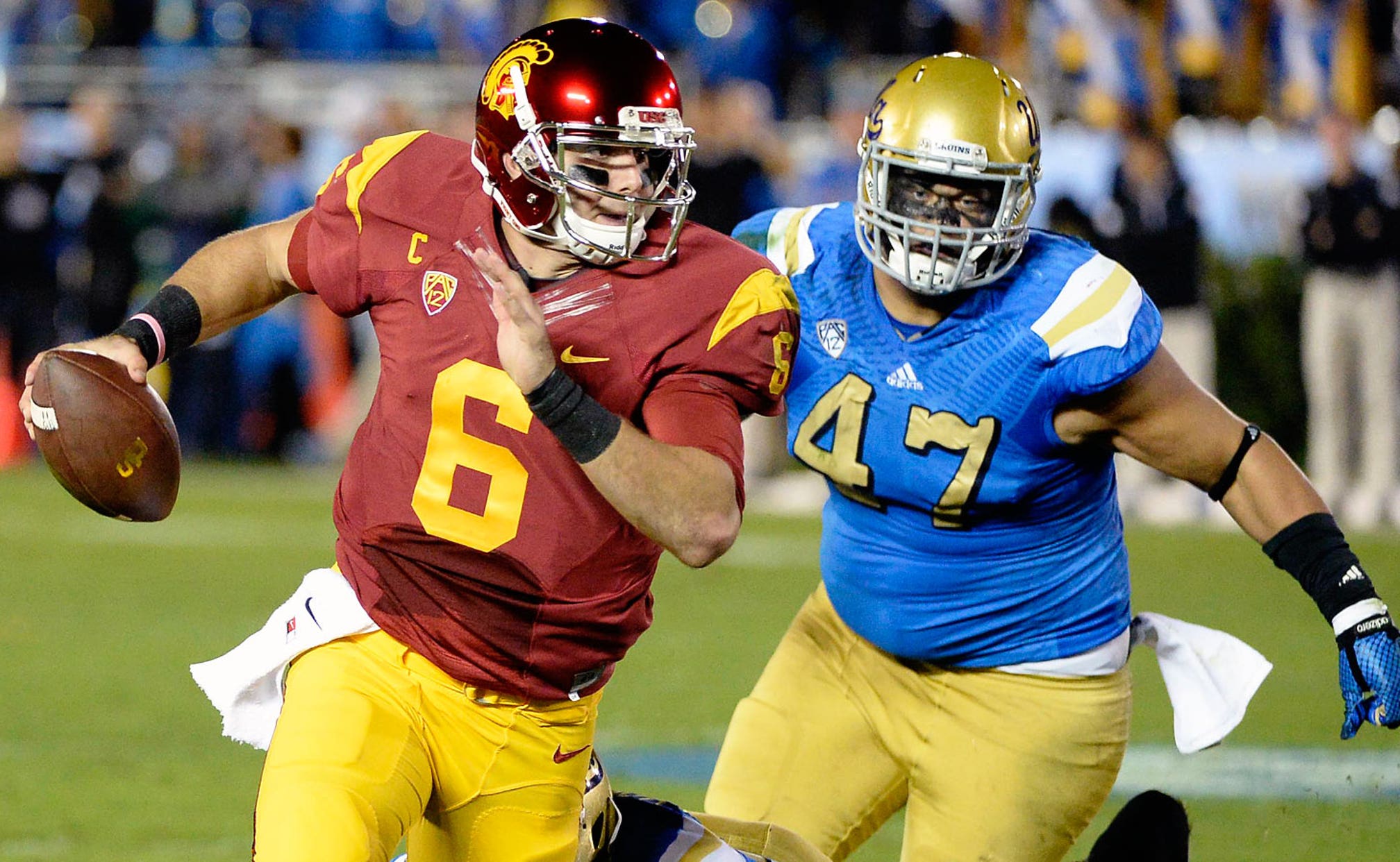 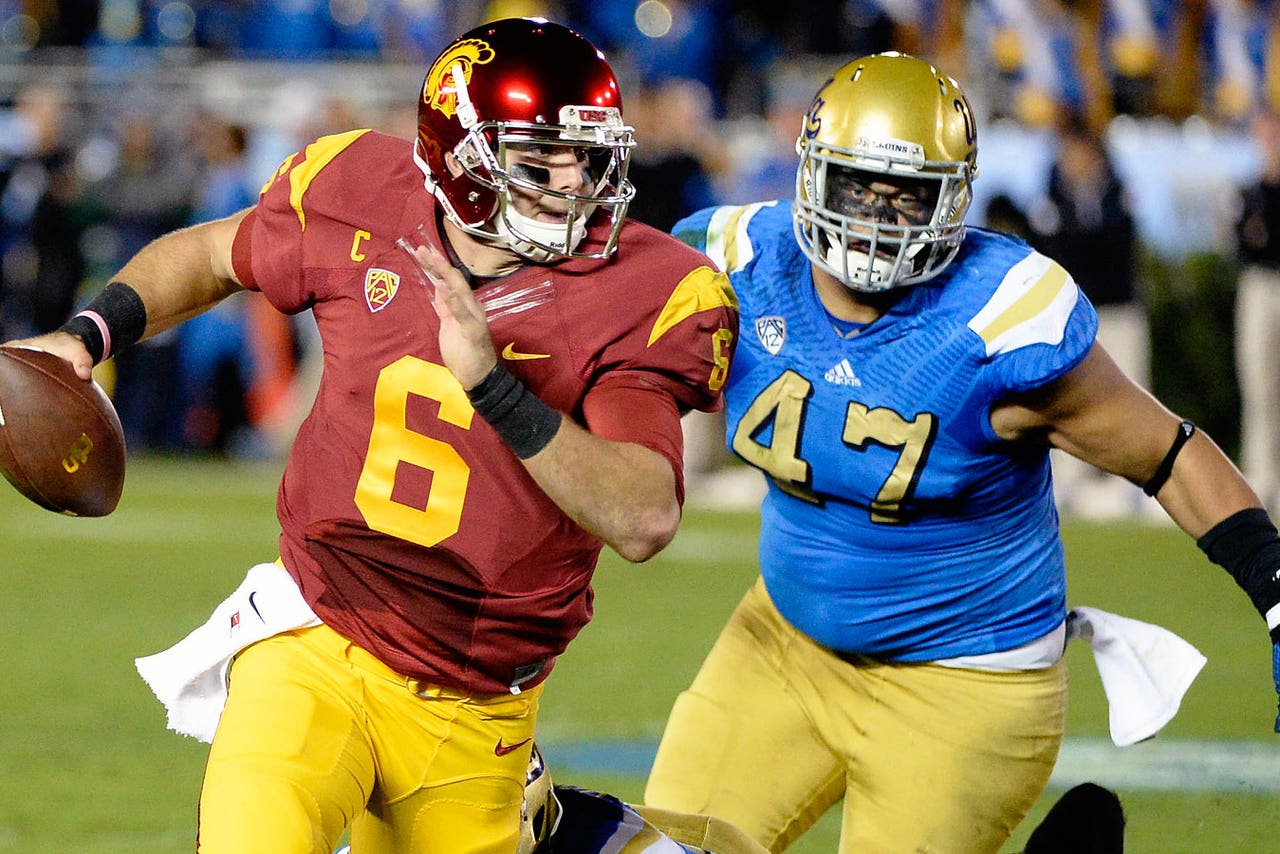 Eddie Vanderdoes is likely to miss his 2015 season for after tearing a ligament in his knee vs. Virginia. How will the UCLA Bruins make up for the lost talent?

Vanderdoes, who had 50 tackles for UCLA in 2014, was tied for fourth on the team with 5.5 tackles for a loss last season. He was also the leading tackler vs. Virginia during the season opener, with eight. According to a report in the Los Angeles Times, UCLA defensive line coach Angus McClure has a plan, and it involves a tandem.

"It's going to be hard to replace Eddie because of the type of player he is and the force he can be," McClure told the LA Times.

The duo is highlighted by junior Eli Ankou and sophomore Matt Dickerson, who will fill the gap left by the injury. Dickerson is considered more of a speedy pass rusher, whereas Ankou likely fits more of a strong, run blocking lineman.

"There will be a lot of guys in the rotation who haven't been in rotation as much," said Dickerson, in the same report. "I'm going to try and imitate Eddie's aggressiveness, but it's hard to do."