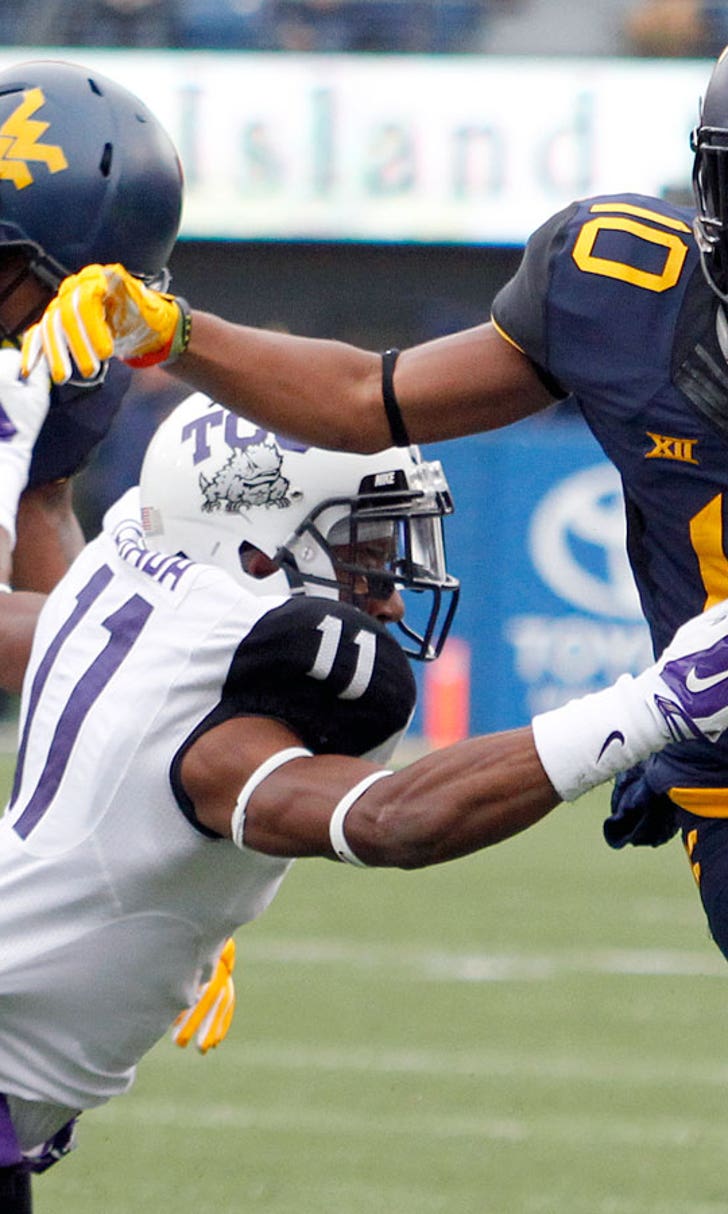 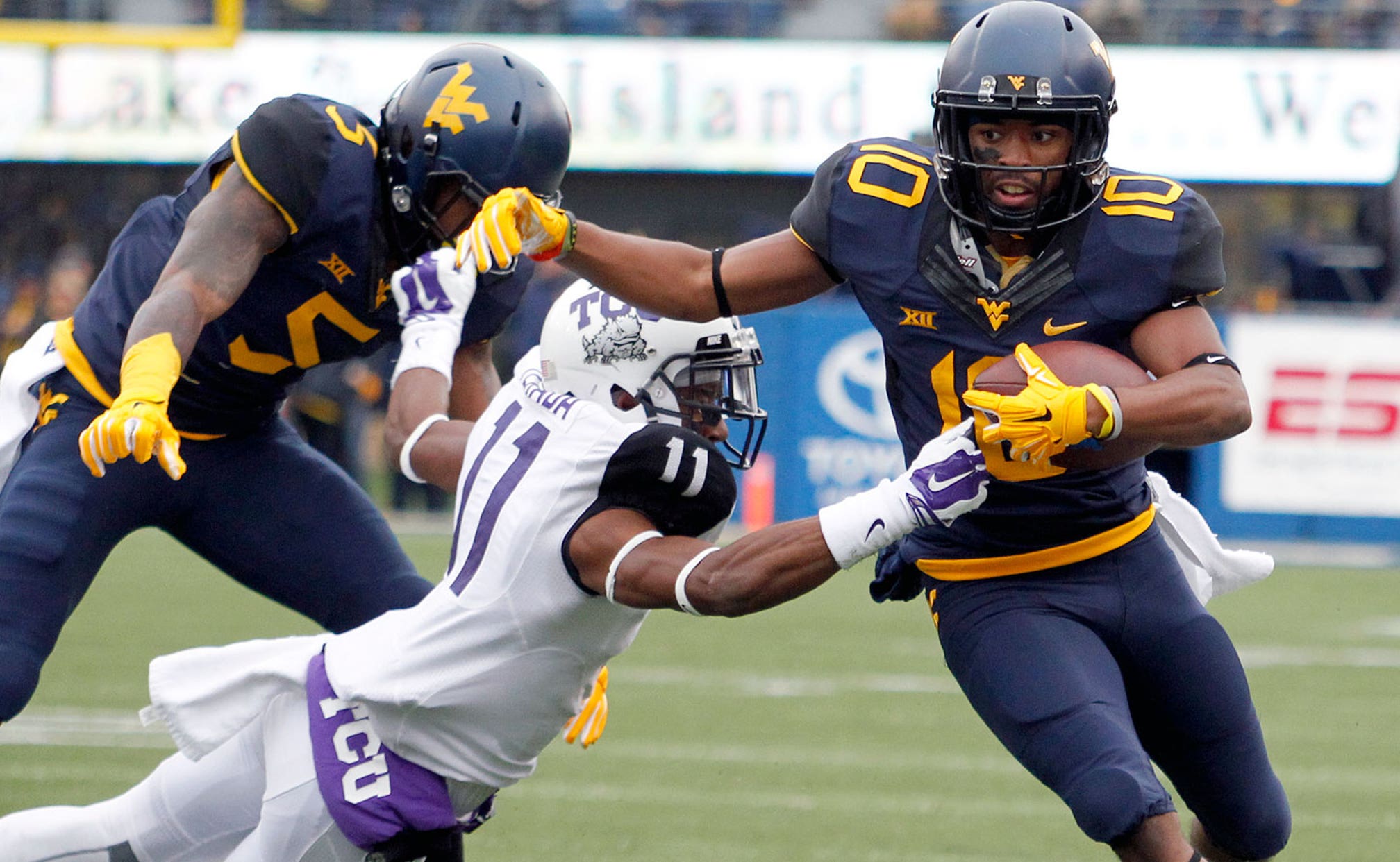 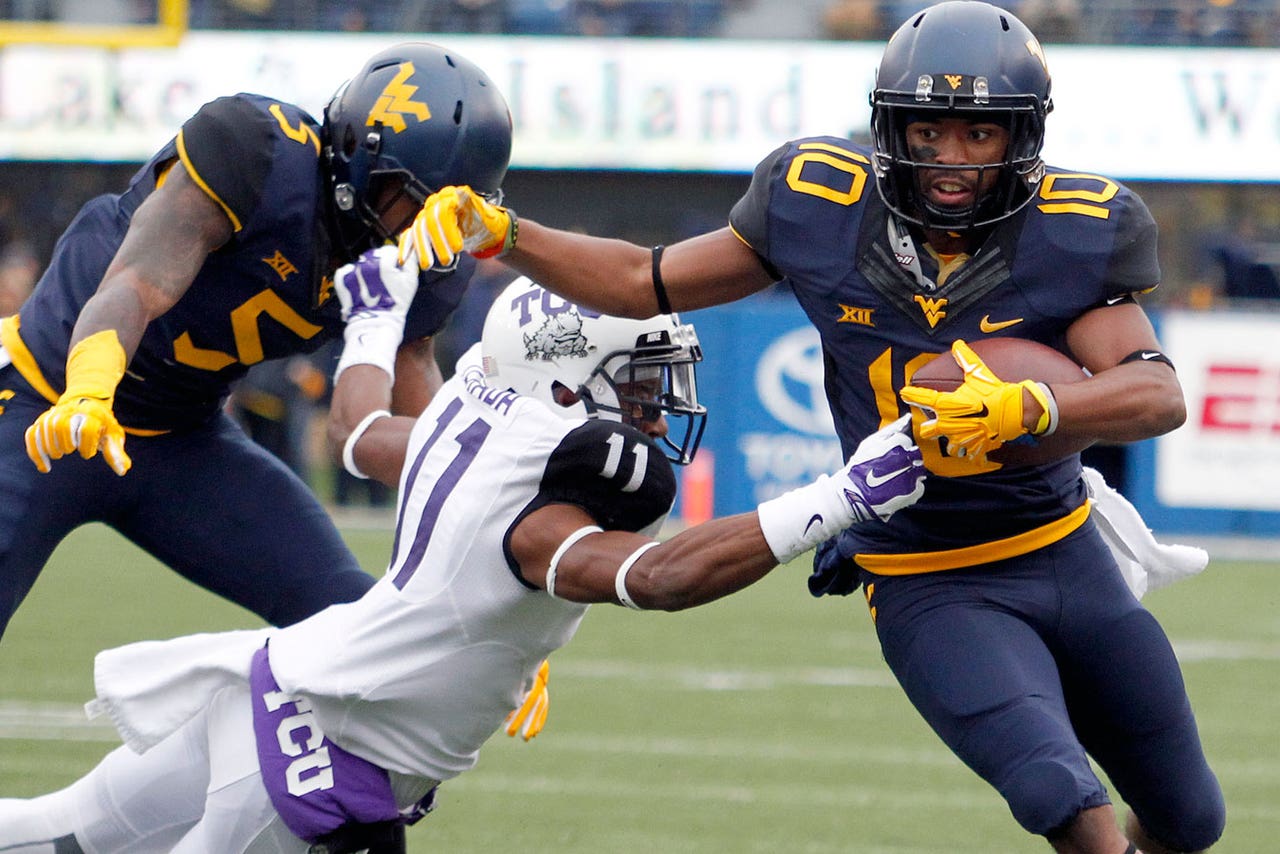 Jordan Thompson has been at West Virginia for all three seasons of his college career, but never has he felt the pressure to perform as he does for his upcoming senior season.

Thompson's growth at West Virginia has been steady, but made a leap last season, when he recorded 598 yards and his first two receiving touchdowns.

Yet, the 5-foot-7, 165-pound receiver, whom coaches and teammates refer to as "Squirt," was merely a third option to stars Kevin White and Mario Alford in his junior season.

Now, the onus will be on him to carry the receiving corps in 2015.

"I've got a sense of urgency," Thompson told the Charleston Gazette. "It's my last year. I've got to make a big impact, not for myself, but for the team so we can succeed. It's crazy how time flies. Now I'm a senior."

Position coach Lonnie Galloway is also having trouble coming to grips with the reality that Thompson's hourglass at West Virginia is on its final grains.

"I never thought I'd say that, but I wish I had two or three more [years with Thompson]," Galloway said. "I wish he wasn't a senior."

Thompson may have more of a burden on his shoulders this season, but he hopes to have learned a few tidbits from playing alongside a receiver who blossomed and flourished in his senior season.

Zags, Bears Remain Unbeaten Before Tilt
Before the nation's top two teams face off on Saturday, Gonzaga and Baylor took care of business at the Jimmy V Classic.
10 hours ago

FOX College Hoops Preview with Titus & Tate
Mark Titus and Tate Frazier sat down with a star-studded cast of college basketball faces to preview the 2020 season.
November 23
those were the latest stories
Want to see more?
View All Stories
Fox Sports™ and © 2020 Fox Media LLC and Fox Sports Interactive Media, LLC. All rights reserved. Use of this website (including any and all parts and components) constitutes your acceptance of these Terms of Use and Updated Privacy Policy. Advertising Choices. Do Not Sell my Personal Info