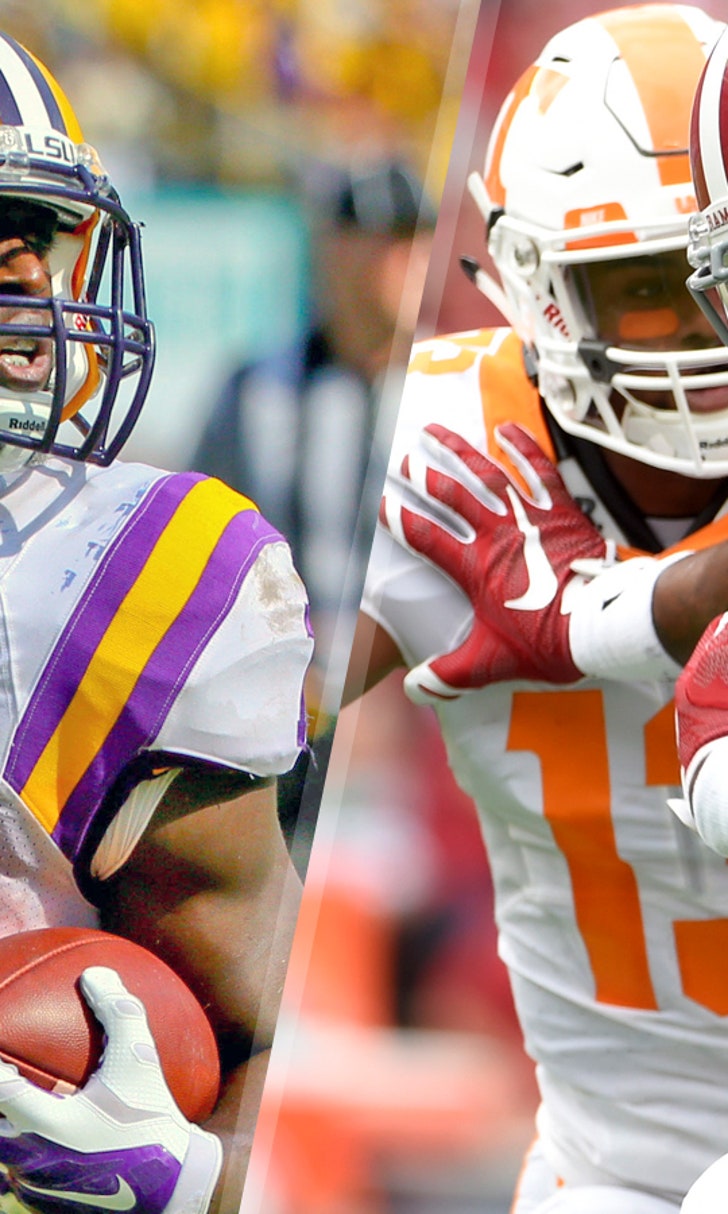 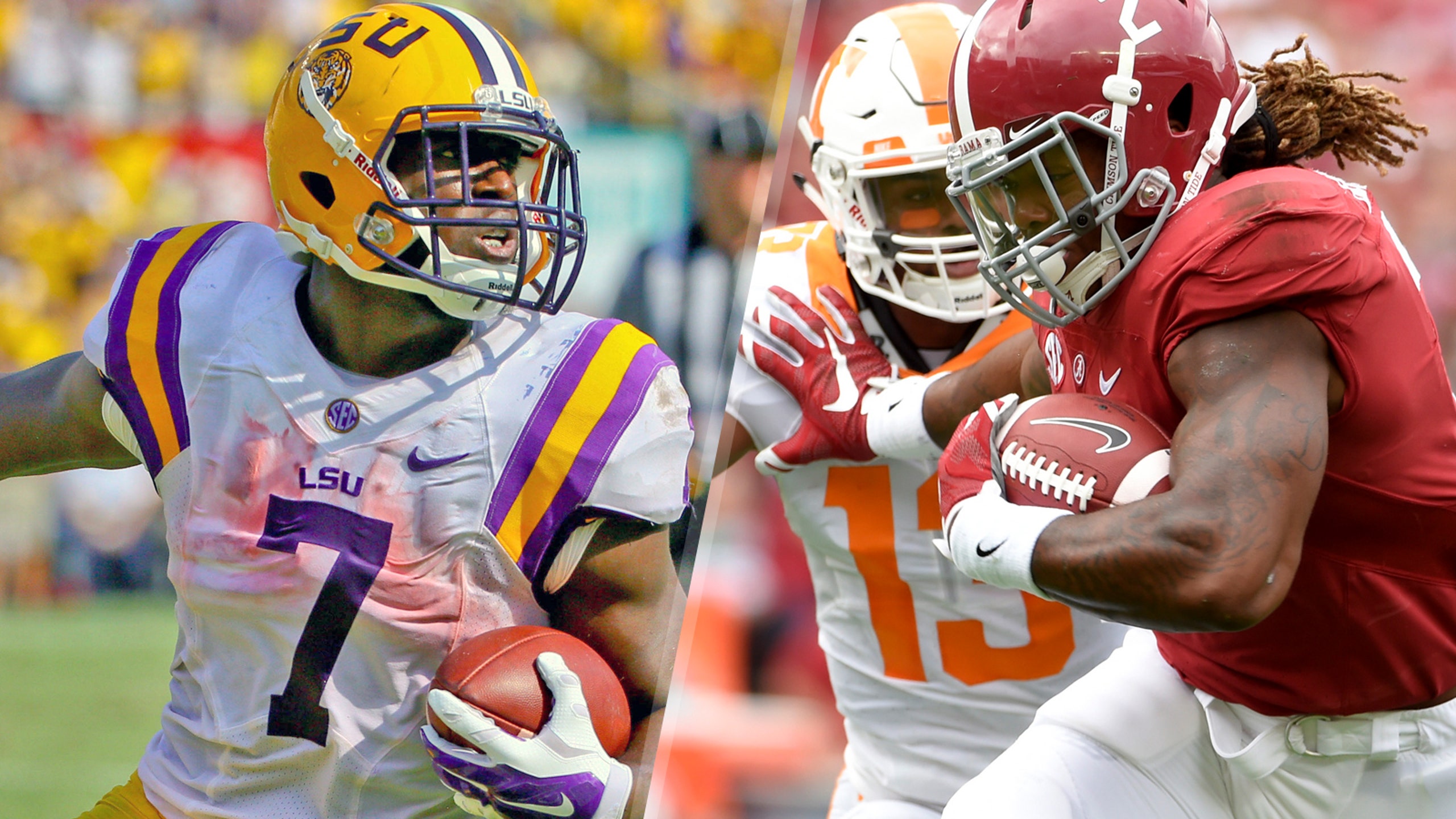 SEC Notebook: Why Alabama will crush LSU in Tuscaloosa 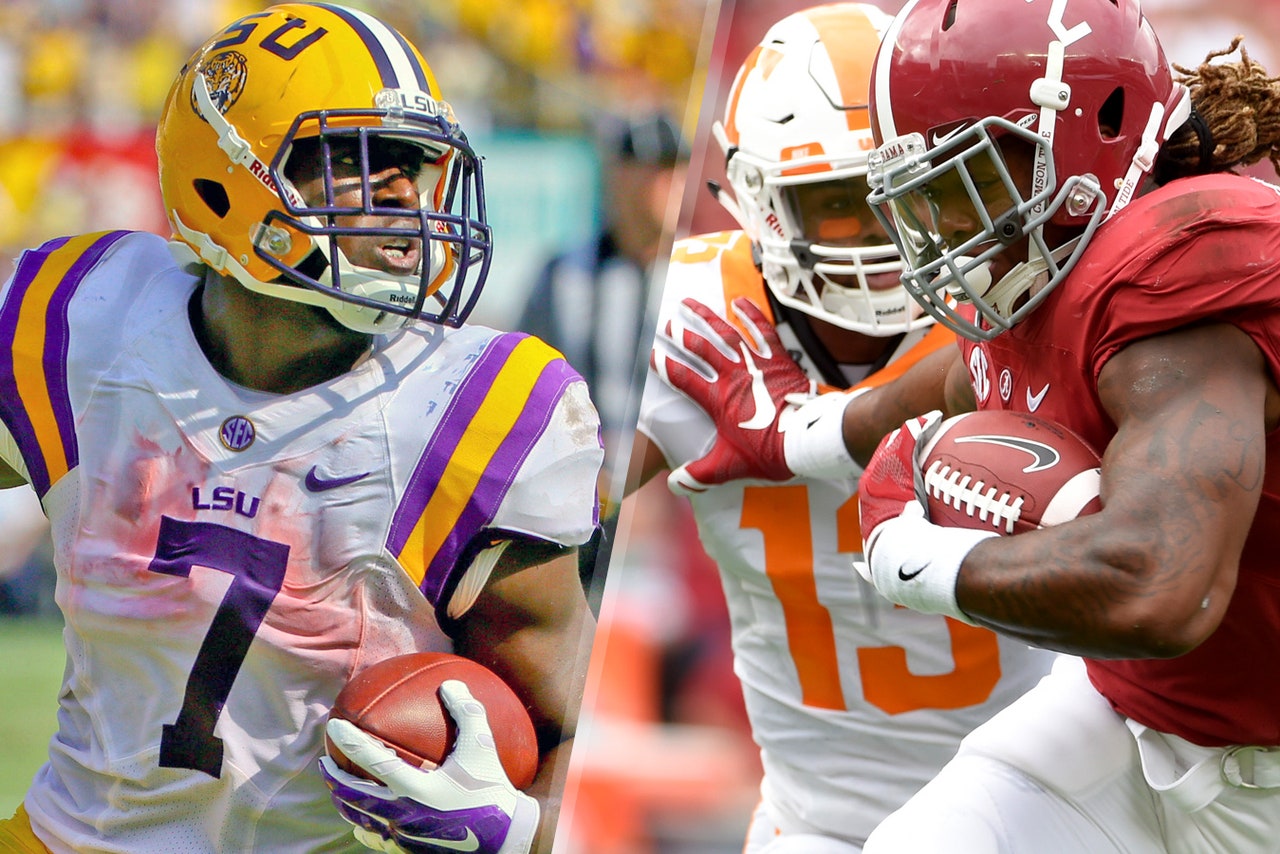 LSU or Alabama has represented the West division in the SEC Championship Game in nine of the last 15 seasons. Barring an Ole Miss upset of LSU or Alabama faltering down the stretch, the winner of Saturday’s showdown in Tuscaloosa will send the victor to Atlanta yet again.

The Crimson Tide has taken the last four in the series, including the 2012 BCS National Championship game – which Alabama won 21-0. In fact, the only player on LSU’s roster that has experienced a victory against Alabama, senior defensive tackle Quentin Thomas, was redshirted in 2011 and never saw the field in the 9-6 game touted as “The Game of the Century.”

Recent history suggests Alabama’s players have the edge in the head-to-head matchups, but the coaching matchup may provide a larger disparity between Nick Saban and Les Miles. You may recall LSU ran a conservative gameplan in the championship game, which led to Miles taking public criticism in his post-game press conference.

The offensive struggles against the Tide are a real thing for the Tigers, as their offense has failed to score more than 24 points in the series the past eight games, averaging only 14.5 points during that span.

To earn a win against the Tide requires a quarterback that can beat you with his arm as well as his legs. In its last six defeats, opposing quarterbacks accounted for 17 touchdowns and only two turnovers with an average of more than 255 passing yards thrown in each game. With Brandon Harris under center, LSU is last in the SEC in passing this season, averaging about 156 yards in the air.

Alabama’s defense is geared to stop one-dimensional offenses, which again favors the Tide in this game.

The offenses that Nick Saban and defensive coordinator Kirby Smart have struggled against in recent history – Ole Miss, Ohio State, Oklahoma, Texas A&M – all ran spread offenses that featured balanced attacks. This season, LSU has had the most unbalanced offense in the league with the No. 1 rushing offense and the No. 14 passing offense. Considering Alabama has the league's best rush defense, LSU will not be able to beat the Tide without a career performance from Harris. Considering Harris has only played in two road games this season and has 228 combined passing yards in those games, it appears unlikely the sophomore will light up the scoreboard in Tuscaloosa.

Is this the end for the Mark Richt and Georgia union?

New year, same results for Georgia, as the Dawgs were embarrassed in Jacksonville for the second consecutive season. In what appeared to be a desperation move, Mark Richt started Faton Bauta at quarterback despite the junior failing to make an appearance at quarterback in the first seven games of the season.

Four Bauta interceptions and a 24-point loss later and Georgia have been eliminated from SEC East contention before the calendar hit November. Piling on to Richt’s misery is the fact his team surrendered the division to its most-hated rival under a first-year coach in Jim McElwain.

Bruce Feldman is reporting major Georgia boosters have lost faith in Richt. Despite the apparent negativity surrounding the program, Richt is confident his team has the ability to turn around the season.

This week Georgia faces a fading Kentucky team that has dropped its last three games, the last two by a combined score of 94-37. Considering the Dawgs racked up 63 points on the Wildcats in 2014, a limping Kentucky squad may be what the doctor ordered for Georgia.

Before the Bulldogs can even begin to successfully plan for Saturday’s must-win game for Richt, the coaching staff must make the correct call at quarterback.

Entering the week, Richt would not commit to a starter, listing both Greyson Lambert and Bauta as possible starters against Kentucky.

Richt and offensive coordinator Brian Schottenheimer had better make the right call in their evaluation this week, their jobs may depend on it.

Quick Hits: When Tennessee WR Josh Malone went over 100 yards receiving against Kentucky, the sophomore became only the third receiver to eclipse the century mark under Butch Jones… Alabama is currently the betting favorite to win the SEC (5:4), followed by Florida (13:10), LSU (3:1) and Ole Miss (17:4)…

Michael Wayne Bratton covers the SEC for FOX Sports. You can follow him on Twitter at MichaelWBratton