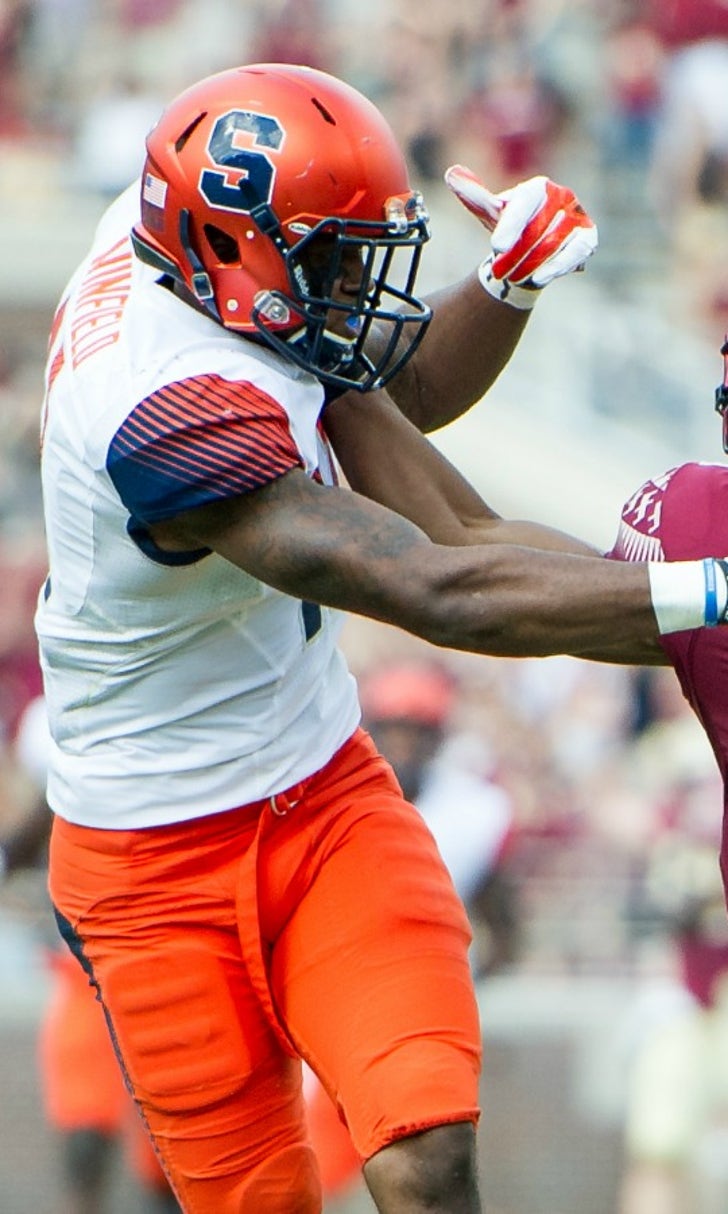 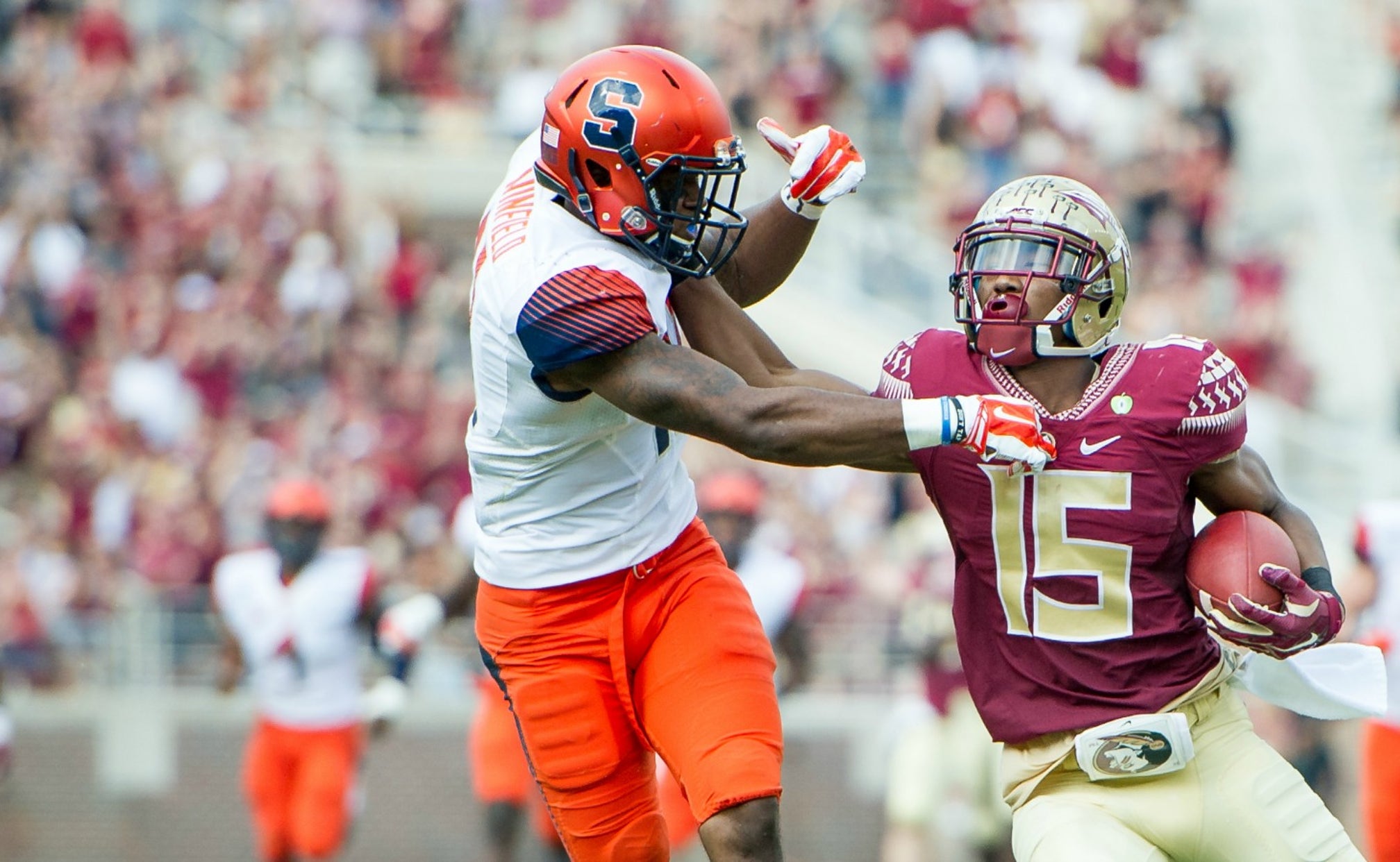 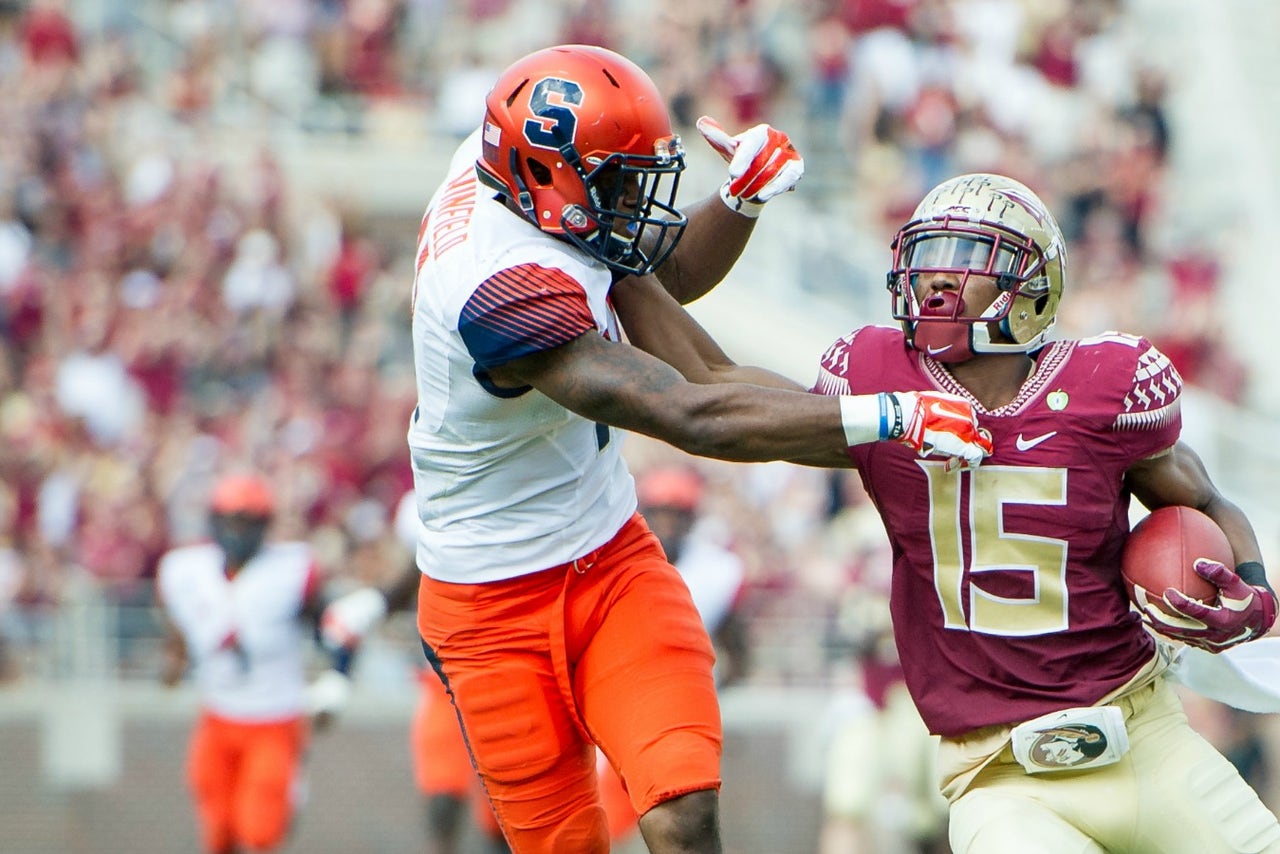 Naesean Howard was arrested Saturday evening for allegedly stabbing two Syracuse students. On Sunday morning, Syracuse.com reported that they had been IDed as junior safety Chauncey Scissum and junior DB Corey Winfield, both 21.

A spokesman for Upstate University Hospital told the site that Winfield was in stable condition, but was unable to give any information on Scissum.

Another former defensive back for the school referenced the alleged attack in a tweet.

Howard left the school in 2014, but had re-enrolled this year. He was suspended indefinitely by the school following the arrest, an official for the school said in a statement.

He's being held at Onondaga County Justice Center on two counts of second-degree assault and one count of fourth-degree criminal possession of a weapon.