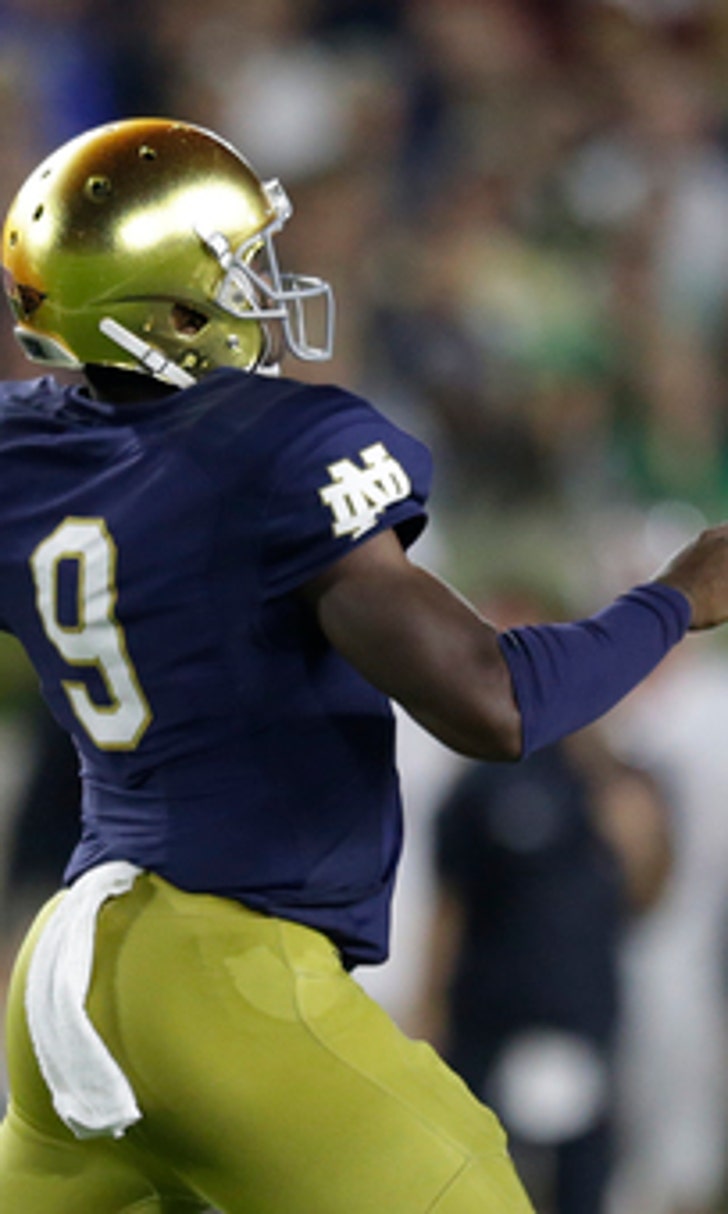 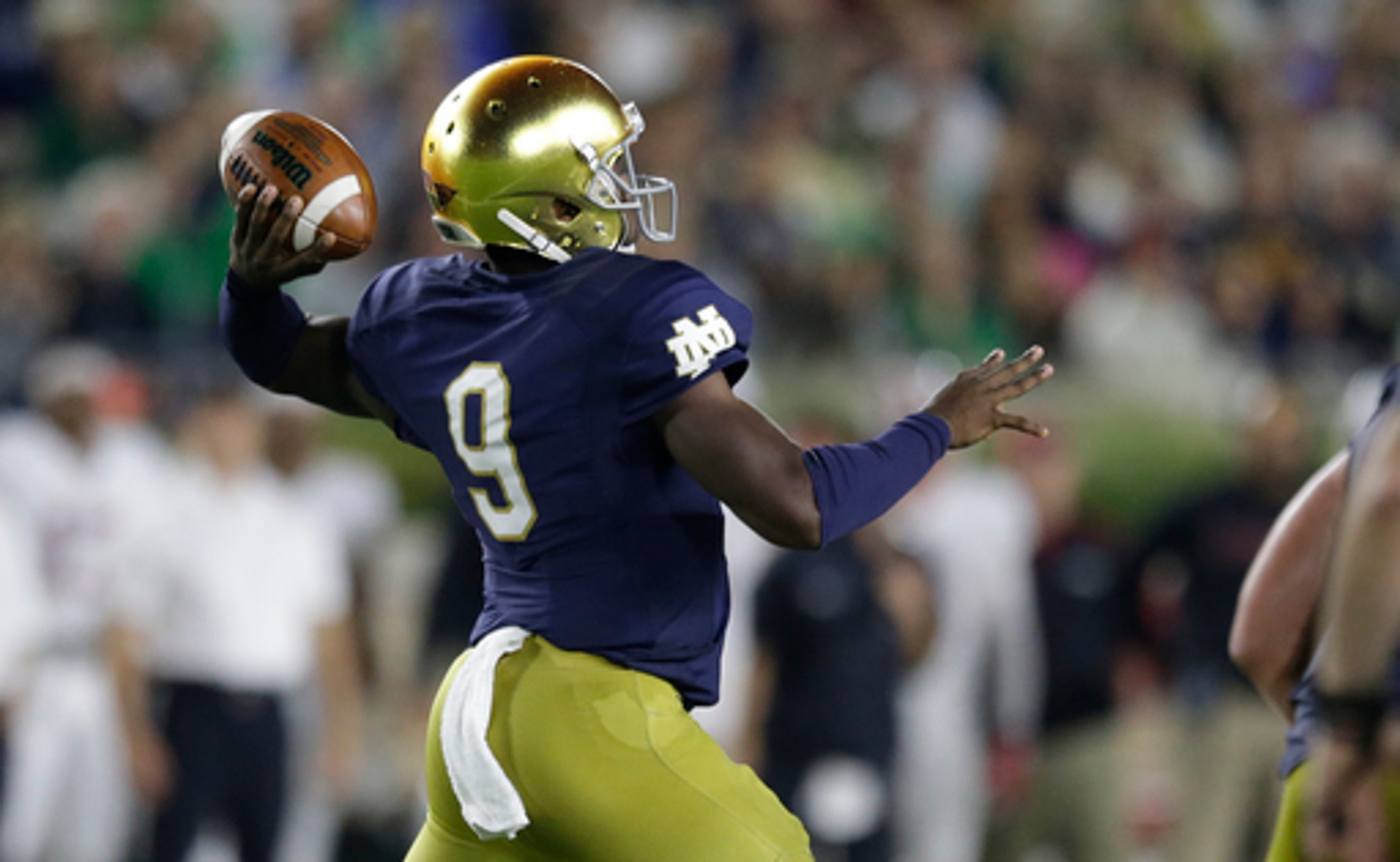 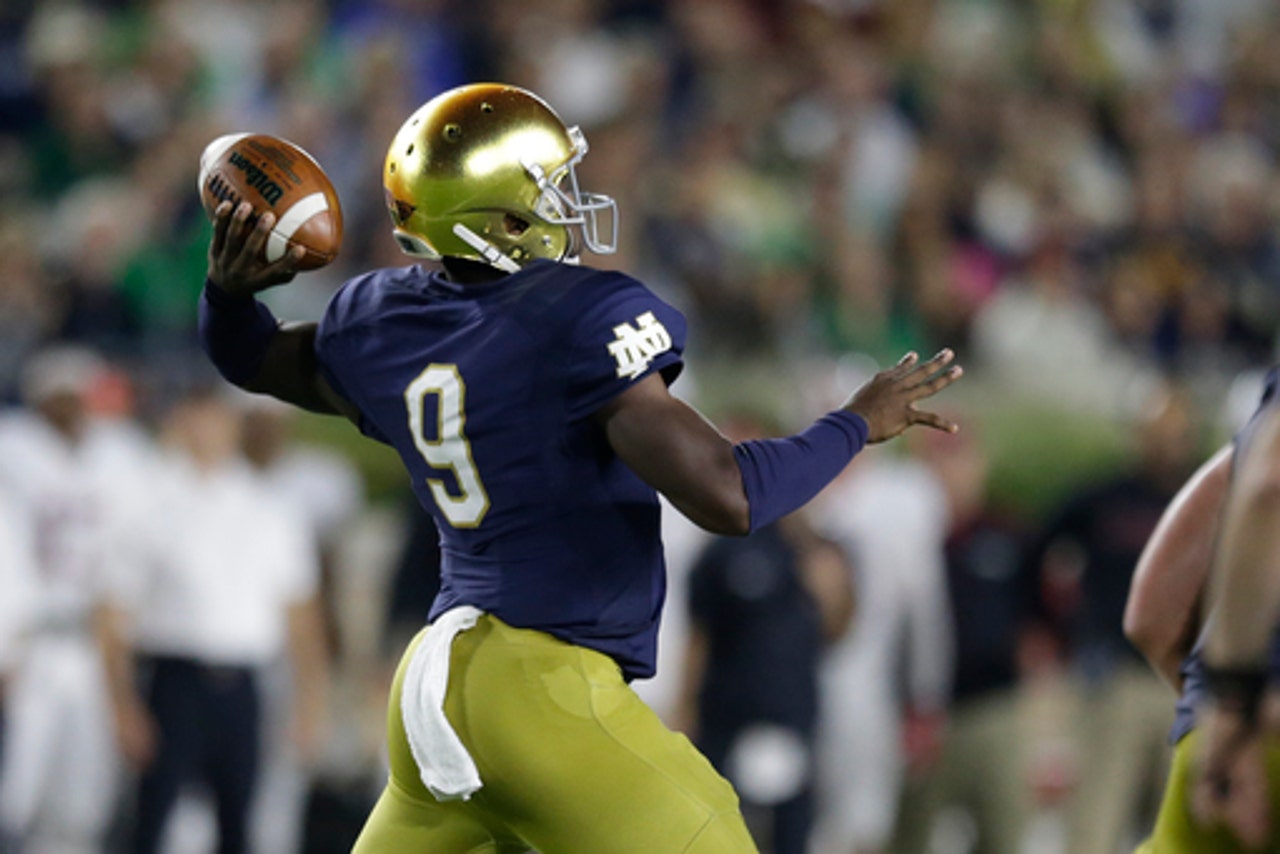 SOUTH BEND, Ind. (AP) Quarterback Malik Zaire, who won the starting job at Notre Dame last season before a broken ankle ended his season, plans to graduate in December and use his final year of eligibility elsewhere next season.

University spokesman Michael Bertsch said Wednesday that Zaire has been given his release, although there are some schools Notre Dame won't allow him to move to. He wouldn't say which schools Zaire is considering.

Notre Dame won all three games Zaire started, including being named MVP of the Music City Bowl against LSU in 2014. He was beaten out for the starter's job this season by DeShone Kizer.

Zaire completed 58 of 98 passes for 816 yards and six touchdowns with no interceptions in three seasons with the Irish.

Kizer has said he hasn't decided whether he will return next season. He has requested feedback from the NFL Draft Advisory Board.