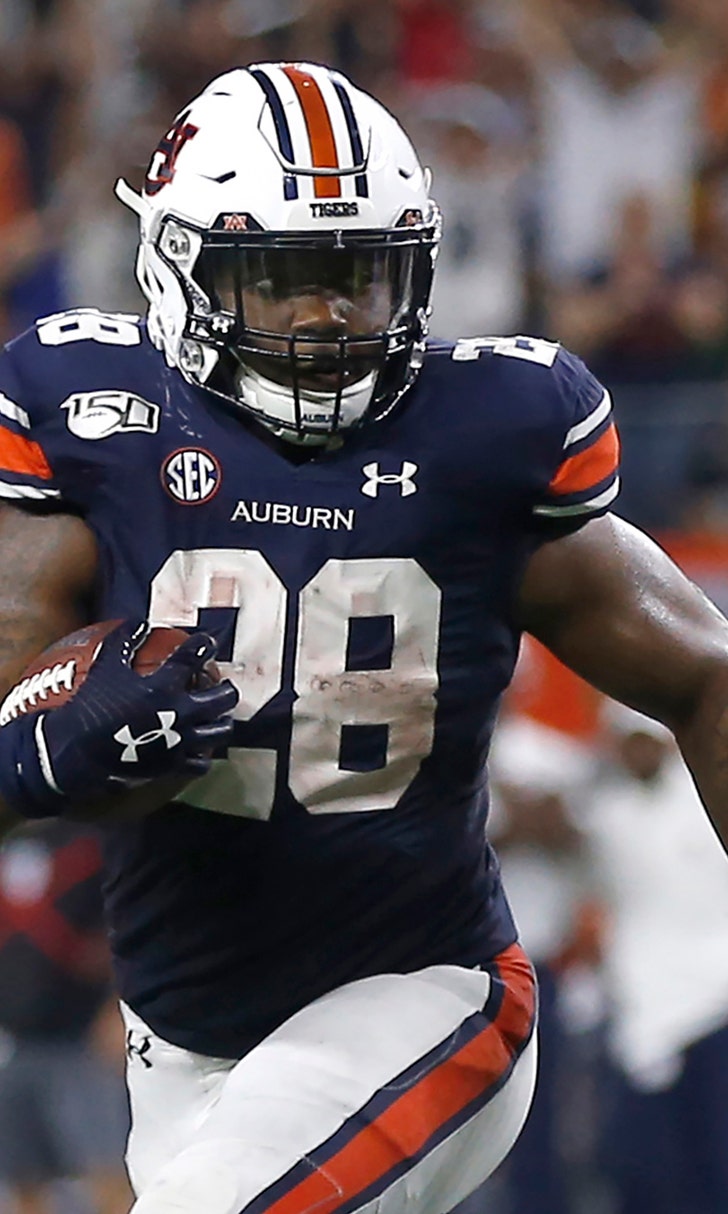 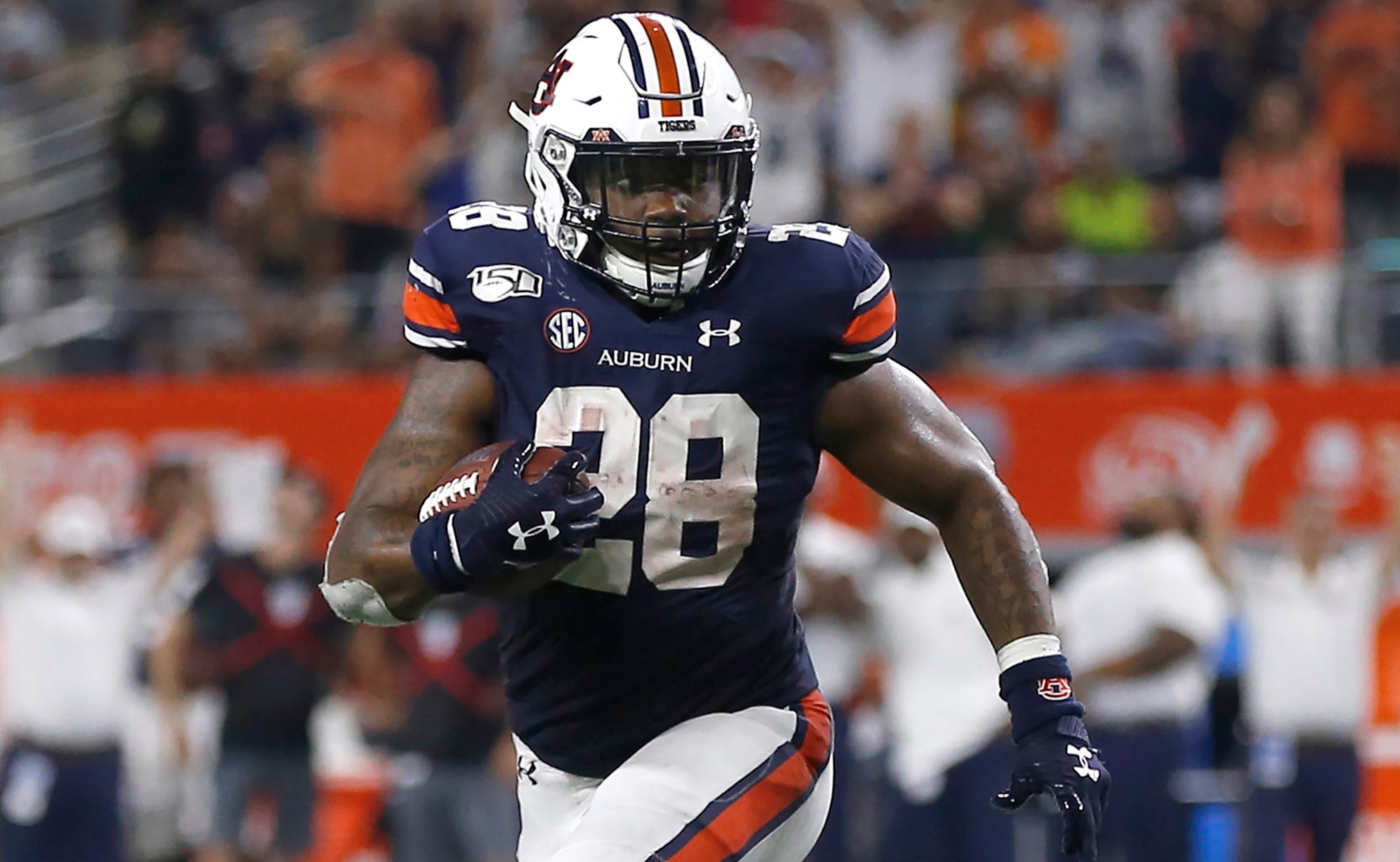 previous story
Costello returning for Stanford; Little out for season
next story
Broncos' strategies backfire in dud of season opener

AUBURN, Ala. (AP) — Auburn entered the season with six tailbacks listed as co-starters on the depth chart. It was a comforting scenario of runners galore for a team trotting out a freshman quarterback.

The reality has been the eighth-ranked Tigers have relied heavily on JaTarvious Whitlow and the running game has taken some time to pick up steam in the first two games.

That was definitely true against Tulane when freshman Bo Nix threw 29 passes before halftime — and the runners produced all of 20 yards.

A steady diet of Whitlow runs in the second half — 15 of them, in fact — helped Auburn pull away.

"The first half, we've struggled a little bit," Tigers coach Gus Malzahn said Tuesday. "Second half, we've played really good football. And some of that's on me, now, too.

"We've got to do a better job as far as everything goes in the first half running-game wise. But I think we're capable of being a good running team. There's no doubt in my mind that we are. And we'll get better."

Despite that second-half success, Whitlow fumbled three times and lost two, losing the ball once on fourth and 1 and fumbling another time on first and goal from the 1. Offensive lineman Marquel Harrell recovered that one.

Backup Kam Martin is averaging 3.1 yards on 14 carries and Shaun Shivers has netted 6 yards on five carries. They should presumably get more chances against heavy underdog Kent State Saturday night.

The running game could be an even bigger factor with top receiver Seth Williams out with a left shoulder injury.

It's not like Auburn's rushing numbers are all that bad. The Tigers rank sixth in the Southeastern Conference in rushing yards per game while averaging a modest 4.3 yards.

But that depth hasn't really shown up. Whitlow already has 47 carries and Nix is the Tigers' second-leading rusher with 58 yards.

Other options include redshirt freshman Harold Joiner and freshman D.J. Williams, who Malzahn said has been "banged up." Both are bigger guys than Martin and Shivers.

Auburn's string of nine straight seasons with at least one 1,000-yard rusher ended last season, partly because Whitlow was limited by injuries.

Malzahn, who is back calling offensive plays this season, has always relied heavily on the run — and on his top tailback. Backs like Tre Mason, Kerryon Johnson and Kamryn Pettway — and Whitlow last season — have had heavy workloads and sometimes injury issues.

The Tigers are hoping an offensive line with five senior starters can pave the way to another productive ground game, minus the injuries.

"It's just a matter of time before that thing really opens up and really explodes because we've got five veteran O-linemen that can get the job done, I guarantee it, and running backs that are all playmakers and that can really tote that thing," wide receiver Sal Canella said. "It's just a matter of time and just working at it every day. You've got to come to work every day and just know that we've got to improve and things will get better for sure."