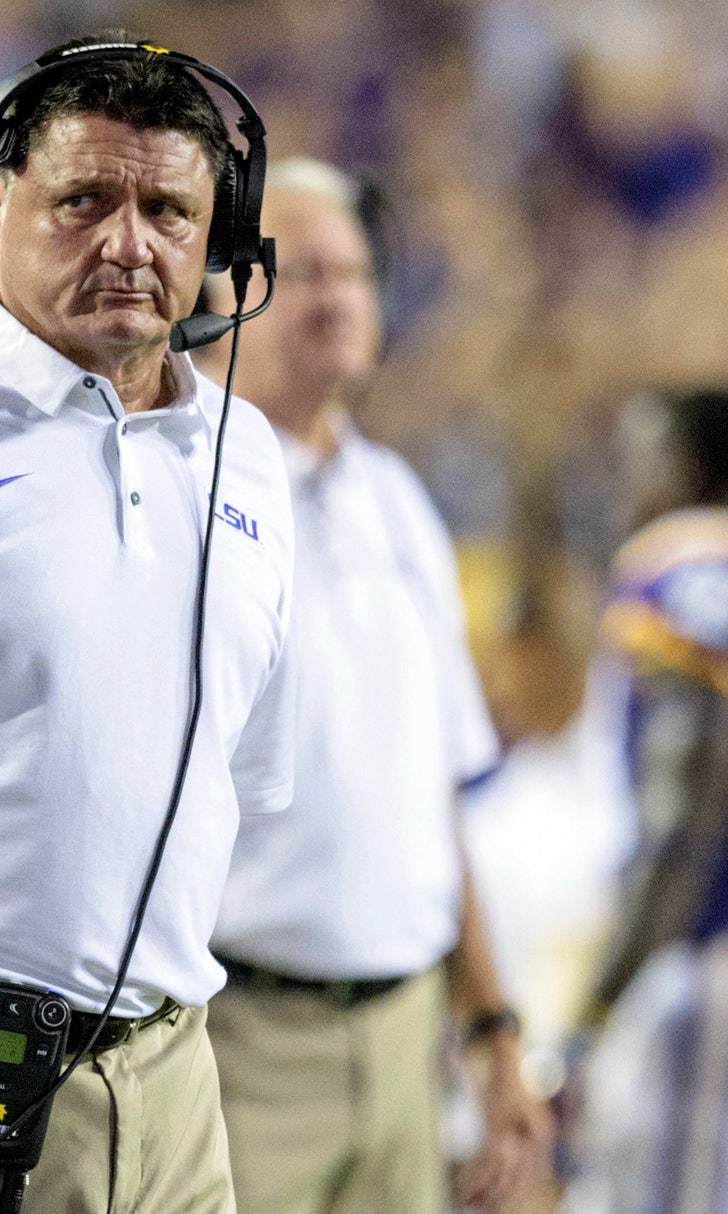 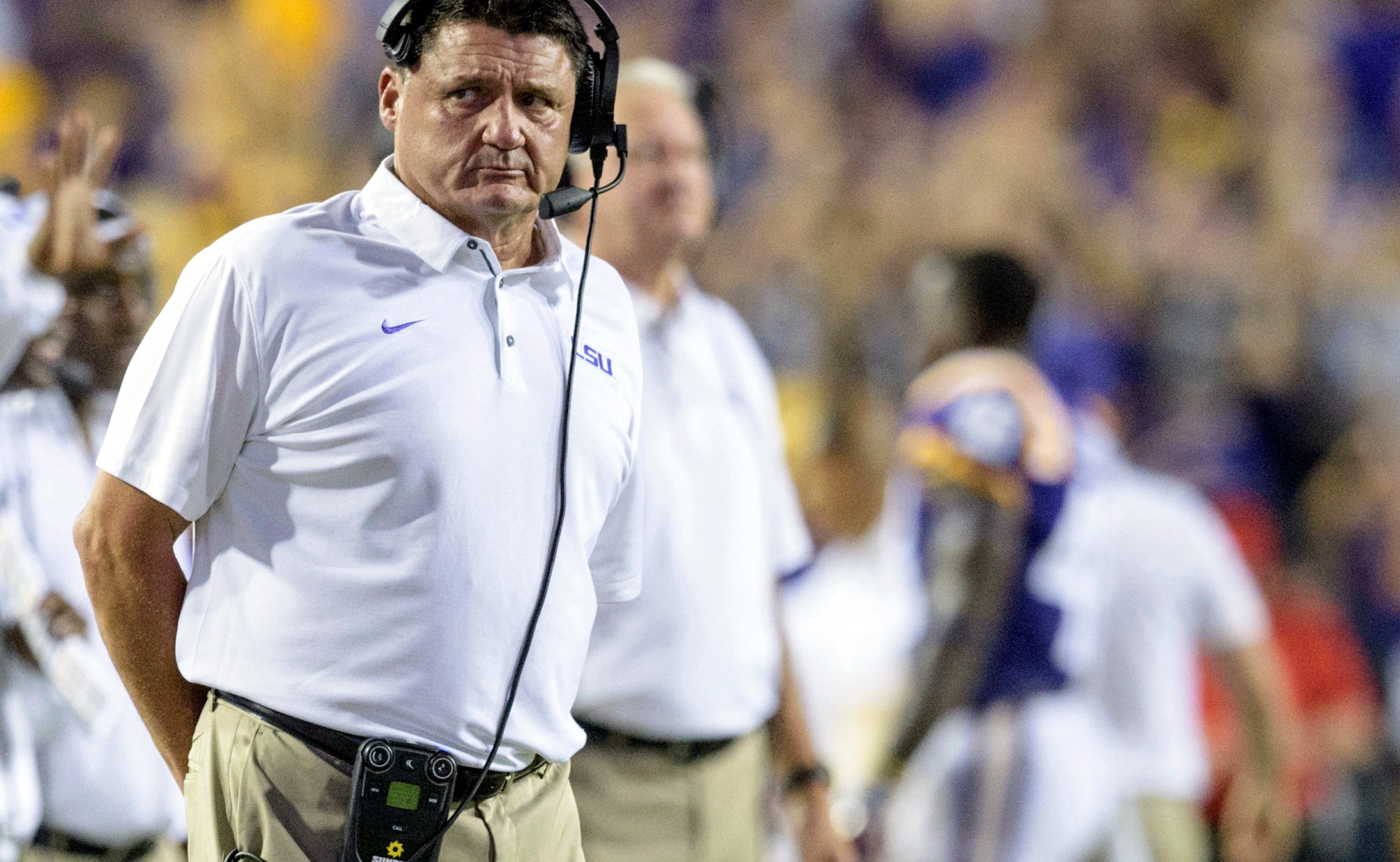 No. 6 LSU remembers why it must respect Louisiana Tech

BATON ROUGE, La. (AP) — LSU and coach Ed Orgeron need look back no further than last season for lessons about why the sixth-ranked Tigers should take Louisiana Tech seriously.

Troy, a mid-major from the Sun Belt Conference, invaded Death Valley and celebrated a signature victory over a 2017 LSU team that wasn't all that bad. After all, the Tigers went on to win nine games last season.

Now the Bulldogs (2-0), who've been one of the better teams in Conference USA for several years running, are hoping to repeat the Trojans' feat on Saturday night.

"Our biggest challenge," Orgeron said, "is going to be to prepare each week the same for every team."

LSU (3-0) is off to a better-than-expected start. Numerous college football analysts suggested the Tigers might start the season 1-2. Instead LSU beat then-No. 8 Miami on a neutral field in Dallas to start the season and upset then-No. 7 Auburn on the plains last weekend. Those results rocketed LSU up the AP Poll from a season-opening 25th to the brink of cracking the Top 5.

Now LSU, which is favored by about three touchdowns over Tech, will also be expected to beat Florida and Mississippi in coming weeks, setting up a potential clash of high-ranked unbeaten teams in Baton Rouge when current No. 2 Georgia visits on Oct. 13.

"I'm very pleased that we're 3-0, but there are some things that we need to be better at to get where we want to go," Orgeron said.

Offensively, the Tigers were less than spectacular in their home opener two weeks ago against Southeastern Louisiana of the second-tier Football Championship Subdivision. Quarterback Joe Burrow completed just 10 passes for 151 yards and much of it came on a 40-yard pass Burrow put up for grabs in the end zone as time expired in the first half. But LSU still won 31-0 because it didn't make any major mistakes and is the only FBS team in the nation that still has not turned the ball over yet this season.

Louisiana Tech coach Skip Holtz has noticed how disciplined LSU has been.

"They don't beat themselves," Holtz said. "And they have played two pretty good football teams.

"I just don't see a lot of kinks in their armor right now, which is one of the reasons they have gone from 25 to No. 6 in the country," Holtz added. "They are a very solid football team that is going to be an incredible challenge for us."

Burrow says he doesn't want to complain about being 3-0, but isn't' happy with how he's thrown the ball this season, saying it hasn't met his standard. He has completed fewer than half of his throws this season and wants to see the passing offense start to "take off" in the coming weeks before LSU meets Georgia and current No. 1 Alabama in a three-game span, with current No. 14 Mississippi State in between.

The Bulldogs are enjoying having a returning starter at quarterback for the first time since 2010. J'Mar Smith passed for nearly 3,000 yards and 16 TDs during a 2017 campaign that ended with a bowl victory and is off to a strong start in 2018, passing for 589 yards and four TDs through two games.

The game matches two teams that have scored every time they've driven as close as an opponent's 20-yard line. LSU is 11-for-11 with five TDs and six field goals. The Bulldogs are 9-for-9 with seven touchdowns and a pair of field goals.

Orgeron doesn't sound surprised by Tech's success on offense, mentioning Smith, running back Israel Tucker, and wide receivers Adrian Hardy and Teddy Veal as players who've impressed him. Hardy, a transfer from Oklahoma, has nine catches for 184 yards and a touchdown.

"They have some outstanding players," Orgeron warned.

Both teams have been running with success so far.

LSU is averaging 153.7 yards rushing, led by senior Nick Brossette, who has rushed for 110.3 yards per game and scored twice.