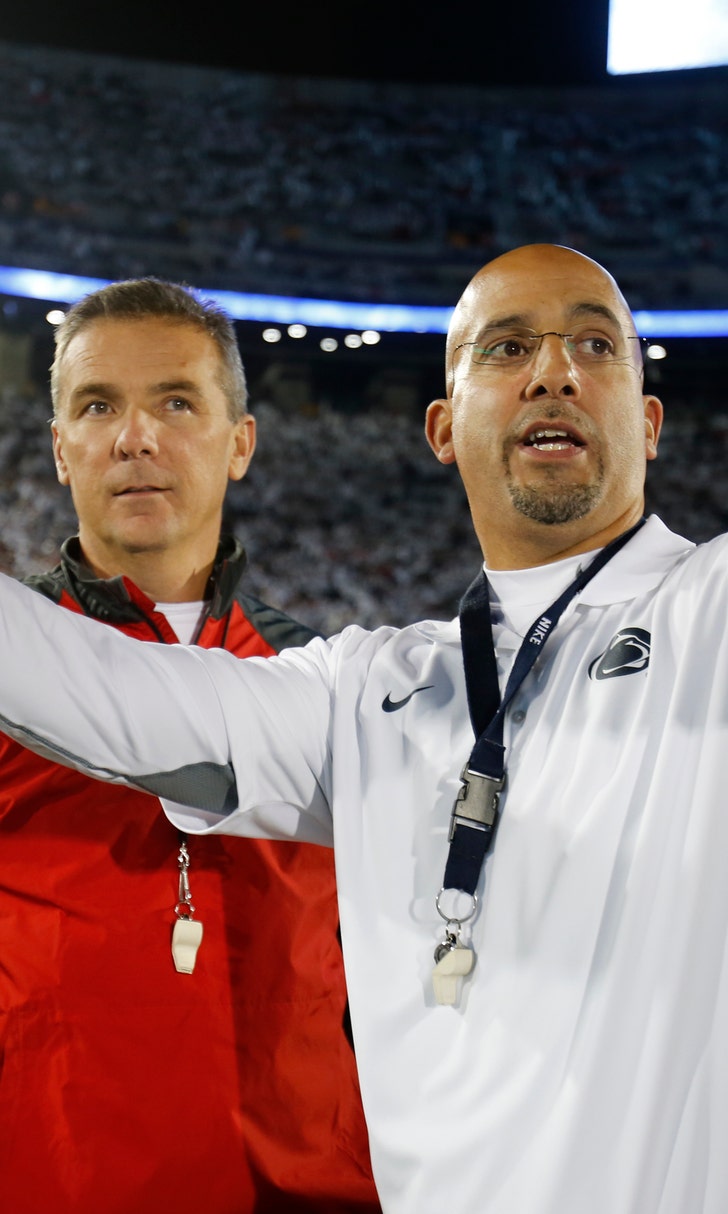 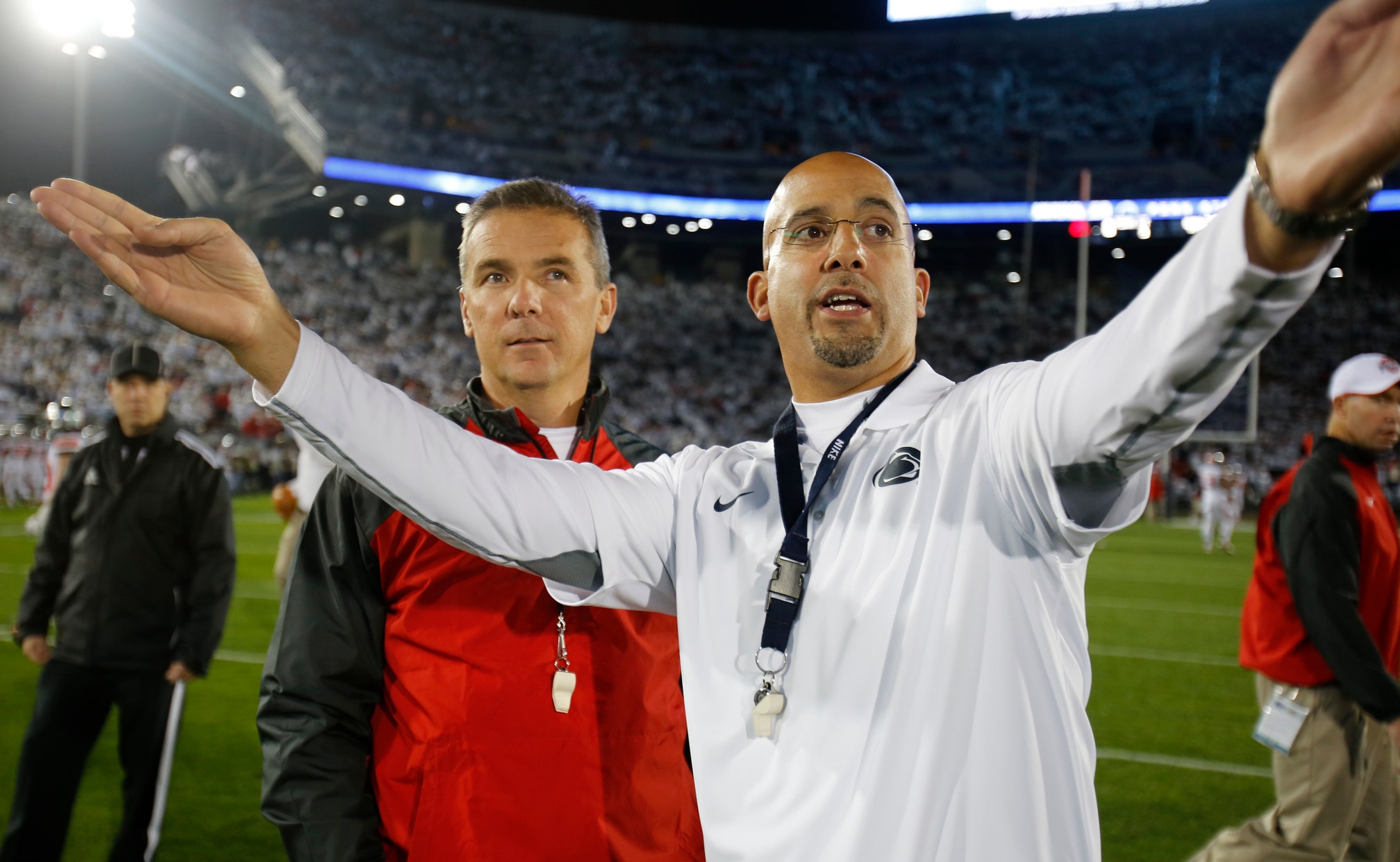 No. 4 Ohio State, No. 9 Penn State to light up Happy Valley

For the third straight meeting between the Buckeyes and Nittany Lions at Beaver Stadium, the game will be played at night and Penn State is going into whiteout mode — 107,000 fans, pretty much all of them dressed in white, waving those bright, sparkly pom-poms and screaming themselves hoarse as "Seven Nation Army" by the White Stripes blares over the loudspeakers.

It is a spectacle.

"You've got to be ready for that kind of environment," Ohio State coach Urban Meyer said.

Penn State is not Ohio State's biggest rival, but the Nittany Lions have been in recent years the most serious threat to the Buckeyes for Big Ten supremacy. They have split the last two meetings, dramatic games with the winner going on to a conference championship. The fourth-ranked Buckeyes (4-0, 1-0 Big Ten) and No. 9 Nittany Lions (4-0, 1-0) are the conference's only remaining unbeatens and they play another high-stakes game Saturday night in Happy Valley — a matchup of the two highest-scoring teams in the nation.

"Three of the last four meetings have been decided by seven points or less, so this has been a very competitive series in the four years that we've been here," Penn State coach James Franklin said.

Happy Valley has been anything but welcoming to the Buckeyes since Franklin took over.

On the way to winning a national championship, Ohio State needed overtime to beat Penn State in 2014. Two years ago, Penn State's fourth-quarter, come-from-behind victory against Ohio State was a breakthrough for Franklin's program. The Nittany Lions were 18-14 in two-plus seasons going into that game against the second-ranked Buckeyes. Penn State is 22-3 since, including a 39-38 loss at Ohio State last season when the Buckeyes rallied late.

That kept Penn State out of the Big Ten title game and maybe the College Football Playoff. Franklin's mantra is every week is a Super Bowl, every opponent is the Nittany Lions' biggest rival. He wants his players to treat them all the same, and he believes they do, but that message can get drowned out when it comes to the Buckeyes.

"I mean I had it four weeks ago. I'm trying to talk about App State and people want to talk about this game," Franklin said. "They're hearing it from everybody. They don't need to hear it from us."

Spotlight games like this can boost a player's Heisman Trophy credentials.

Penn State quarterback Trace McSorley came into the season as a player likely to be in the Heisman mix and he has been his usually productive and clutch self. McSorley has thrown eight touchdown passes and run for six scores. The Heisman hype for Ohio State quarterback Dwayne Haskins is rapidly increasing. Haskins has been brilliant so far, completing 75 percent of his passes for 1,194 yards and 16 touchdowns.

Ohio State will be without star defensive Nick Bosa, who had surgery on a lower abdomen injury. The junior could be the first player taken in next season's draft. It's a major loss and Bosa is expected to be out a while. But the Buckeyes are not without talented pass rushers. Sophomore Chase Young was a big-time recruit who forced his way onto the field last year, when the Buckeyes had Bosa and three other defensive ends who ended up being drafted. Young has two sacks. On the interior, Dre'Mont Jones has three sacks among his 5½ tackles for loss.

Last February, Ohio State signed the No. 2 class in the country and Penn State was No. 6, according to composite rankings compiled by 247 Sports . Most notably, the Buckeyes and Nittany Lions went head-to-head on five-star linebacker Micah Parsons, who after some twists and turns signed with Penn State.