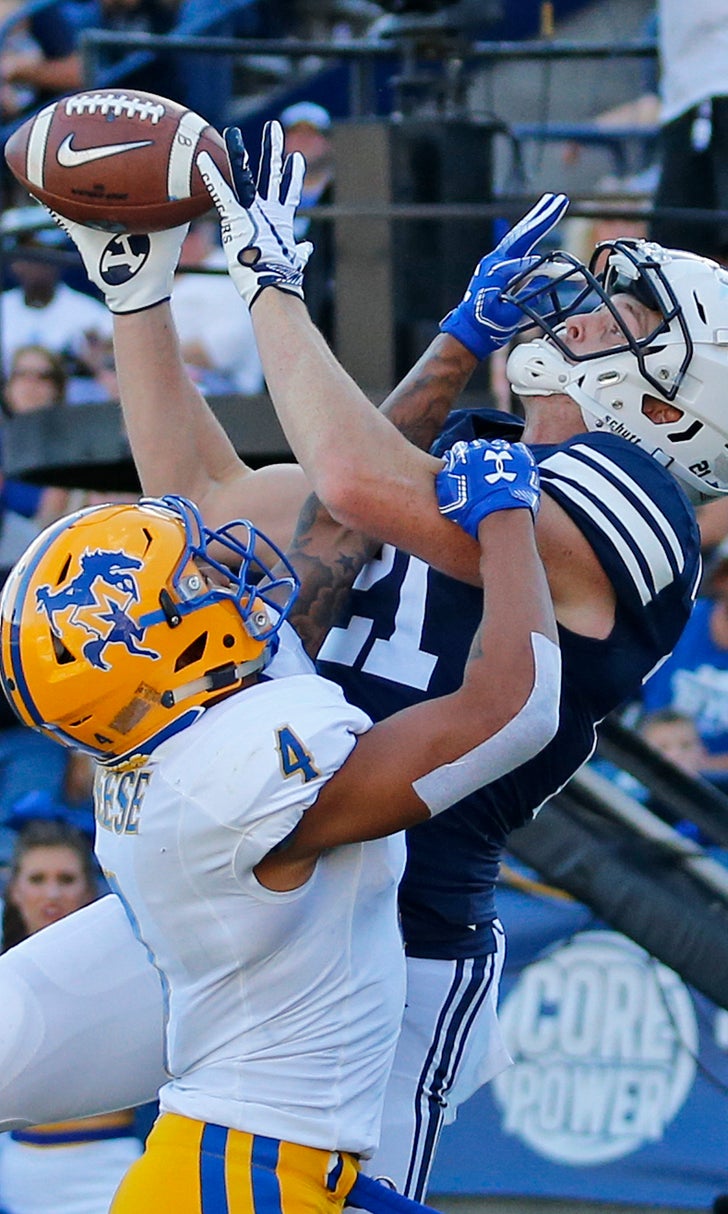 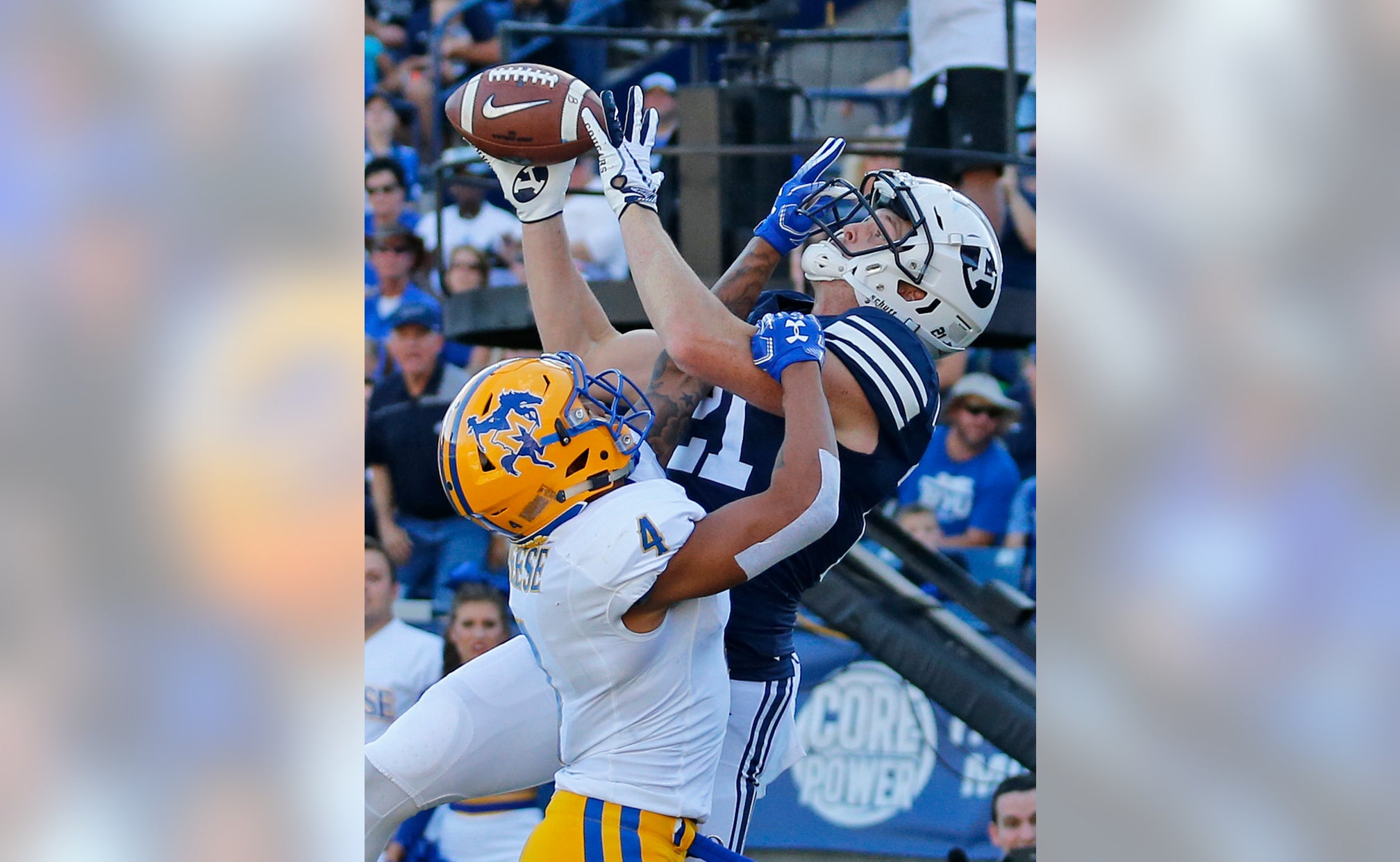 Coming off an upset victory at Wisconsin, the Cougars (3-1) started slowly before pushing aside McNeese (3-1) for their 12th straight victory over an FCS school in the last 30 years.

"We knew we were going to face some adversity sometime. We just didn't know it was going to be that early," BYU coach Kalani Sitake said. "Obviously, there are some things we can fix to get better, but I will say that after every game. It was good to celebrate the win and get to the next game."

The Cowboys led 3-0 in the first quarter, but committed four turnovers, 10 penalties, a timeout request they no longer had available, a missed field goal and a blocked field goal.

"Within 6 minutes, a lot of stuff happened," McNeese State coach Lance Guidry said. "We knew we were up for a tall ask. You can't win games with things like that happening. You've got to be able to stop the bleeding."

The second field goal was deflected by Corbin Kaufusi and returned 35 yards by Troy Warner with 11:36 left in the second quarter and led to Katoa's 4-yard scoring run. About a minute later, Tanner Jacobsen intercepted Cody Orgeron's pass and returned it to the McNeese 31. Tanner Mangum, who passed for just 118 yards, found Talon Shumway on a 7-yard strike shortly afterward to make it 14-3.

Mangum completed 15 of 25 passes and, most importantly, didn't throw an interception.

"It was how you want every game to be. You want a victory," Mangum said. "Even though it wasn't pretty, it was good to get a win. We had to work together as a team and it's great to take time to enjoy moments like this."

Katoa had a 14-yard touchdown run with 1:09 left before halftime and then BYU recovered a fumble to set up the first of Southam's field goals — this one a 30-yarder — to build a 24-3 lead.

James Tabary and Orgeron split time at quarterback for the Cowboys. Tabary had the game's biggest play — a 39-yard pass to Cyron Sutton — to set up Gunnar Raborn's 20-yard field goal

Katoa doubled his rushing output this season with 64 yards on 10 carries.

All four BYU players named Kaufusi played in the game against McNeese, including three at the same time at one point. Much of the family was available Saturday due to a family member's funeral.

Sitake said Katoa relieved usual starting running back Squally Canada, who was still "banged up" after injuring his ankle against Wisconsin. Canada is expected to be back at full strength next week.

Southam had a 47-yard field goal in the third quarter, his career best and the longest by a BYU kicker since 2010.

BYU: At No. 10 Washington next Saturday.