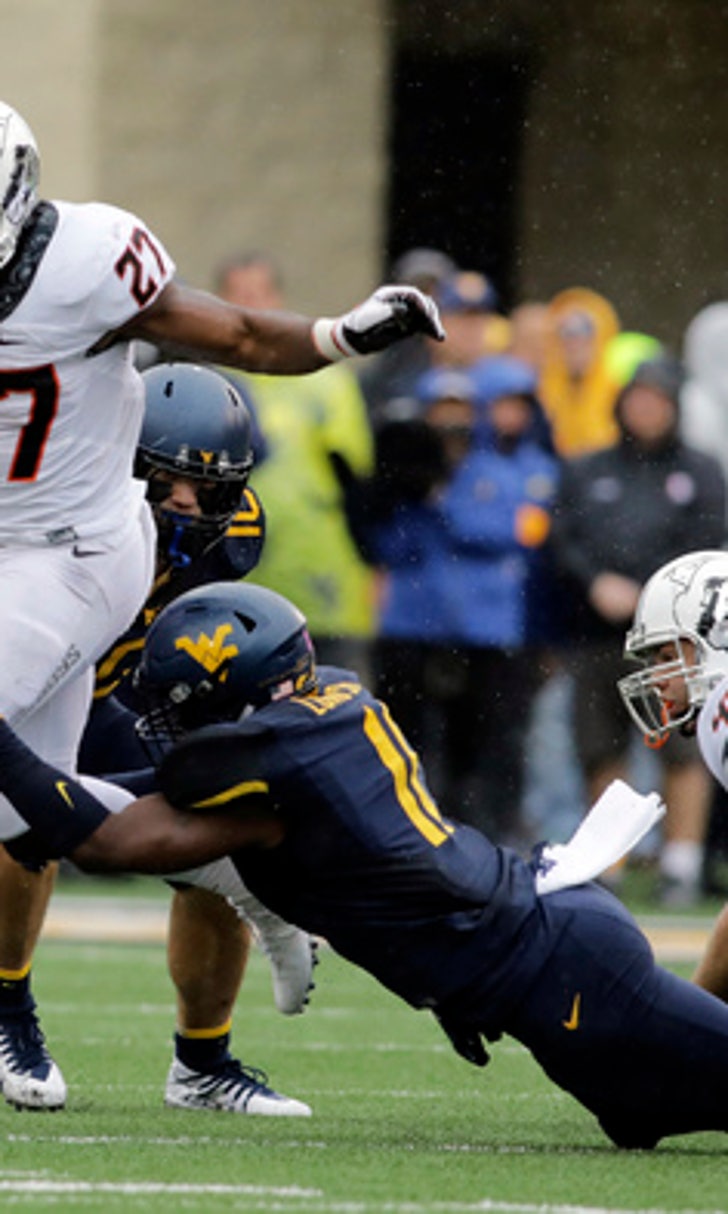 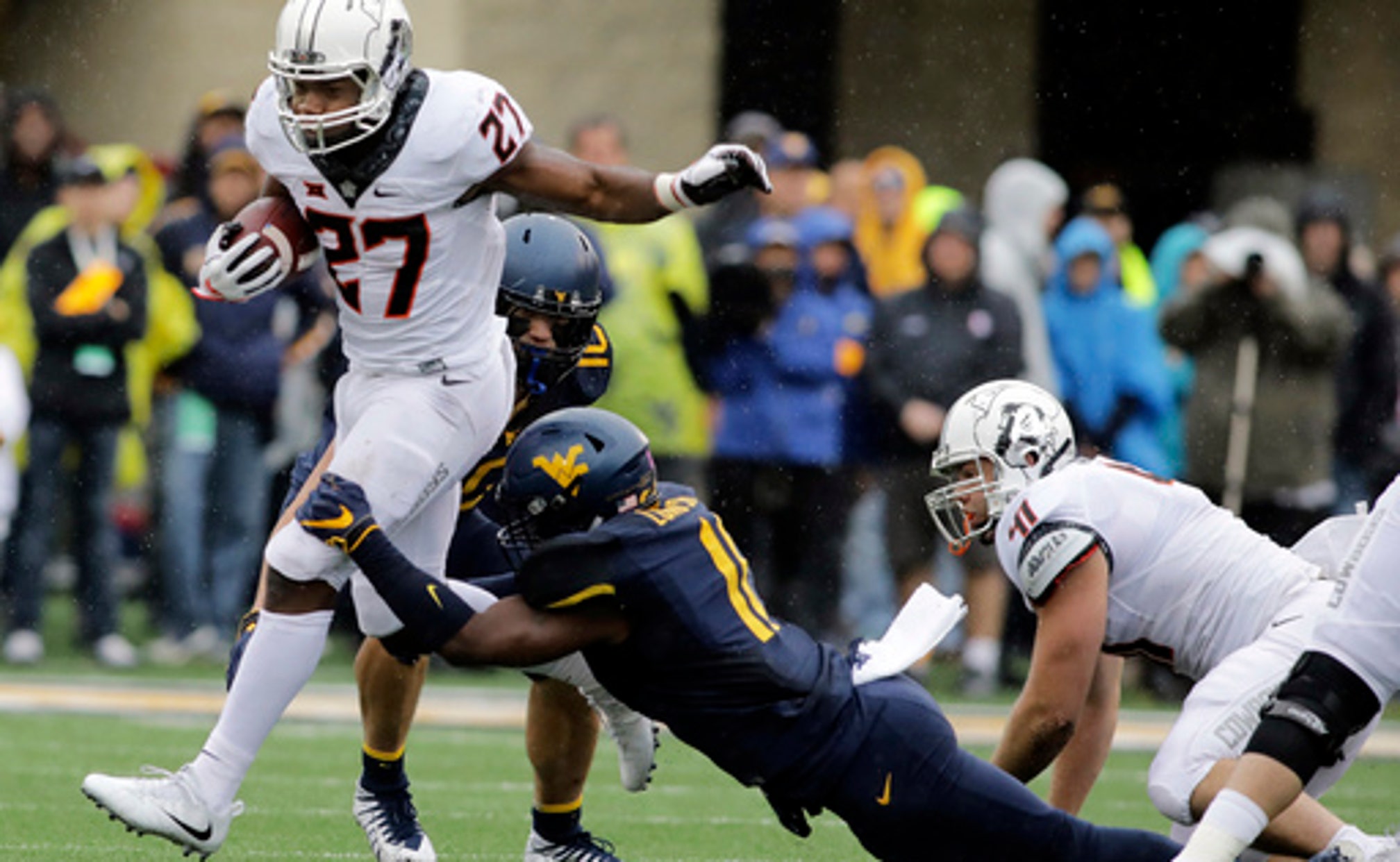 No. 11 Oklahoma St happy with King rising in backfield

STILLWATER, Okla. (AP) It could have been a nightmare scenario for Oklahoma State when starting running back Justice Hill left the game with an injury early in the first quarter on the road against West Virginia.

King also had a personal-best five receptions for 29 yards and another touchdown, a 6-yard catch early in the third quarter that put his team ahead 30-10. They were his first career receptions.

''We were really proud of what J.D. King brought to the table, touching the ball 41 times in a conference game as a true freshman,'' said Oklahoma State coach Mike Gundy. ''He was a big factor for us.''

Hill had averaged 25.5 carries over the previous four games, surpassing 100 yards rushing in each of them.

But when the Cowboys needed him most on Saturday, the 5-11, 205-pound King delivered.

''It's pretty simple with him,'' Gundy said of King. ''Every once in a while, we come across young men that are very mature, not only physically, but mentally - very stable. The big scene doesn't affect him that much. He's been that way since day one.''

Gundy said he wasn't completely sure in August how much King would be able to contribute this season as a true freshman, just one year removed from high school ball in Fitzgerald, Georgia.

''We don't really know. We have to see them extend themselves, get fatigued, take hits, particularly at that position, and then still come back and practice, stay focused, get lined up, take care of the football, all those different areas,'' Gundy said. ''He showed signs earlier in the year of not being, I call it `big-eyed,' and fortunately for us, that's held true.''

Hill returned from his injury in the fourth quarter and played well, ending up with 86 yards and two touchdowns on 12 rushes. There doesn't appear to be any issues with his availability going forward.

Even though Hill will continue to get the bulk of the carries, expect to see King on Saturday when the Cowboys host No. 8 Oklahoma in the annual rivalry game.