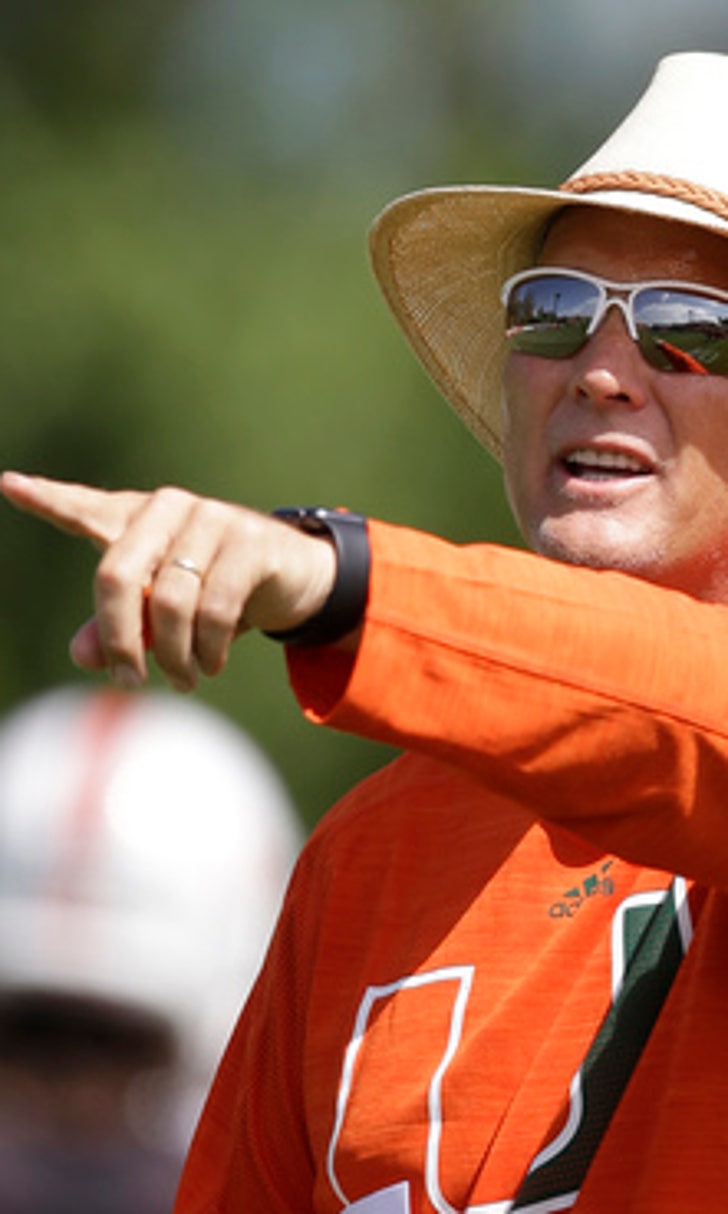 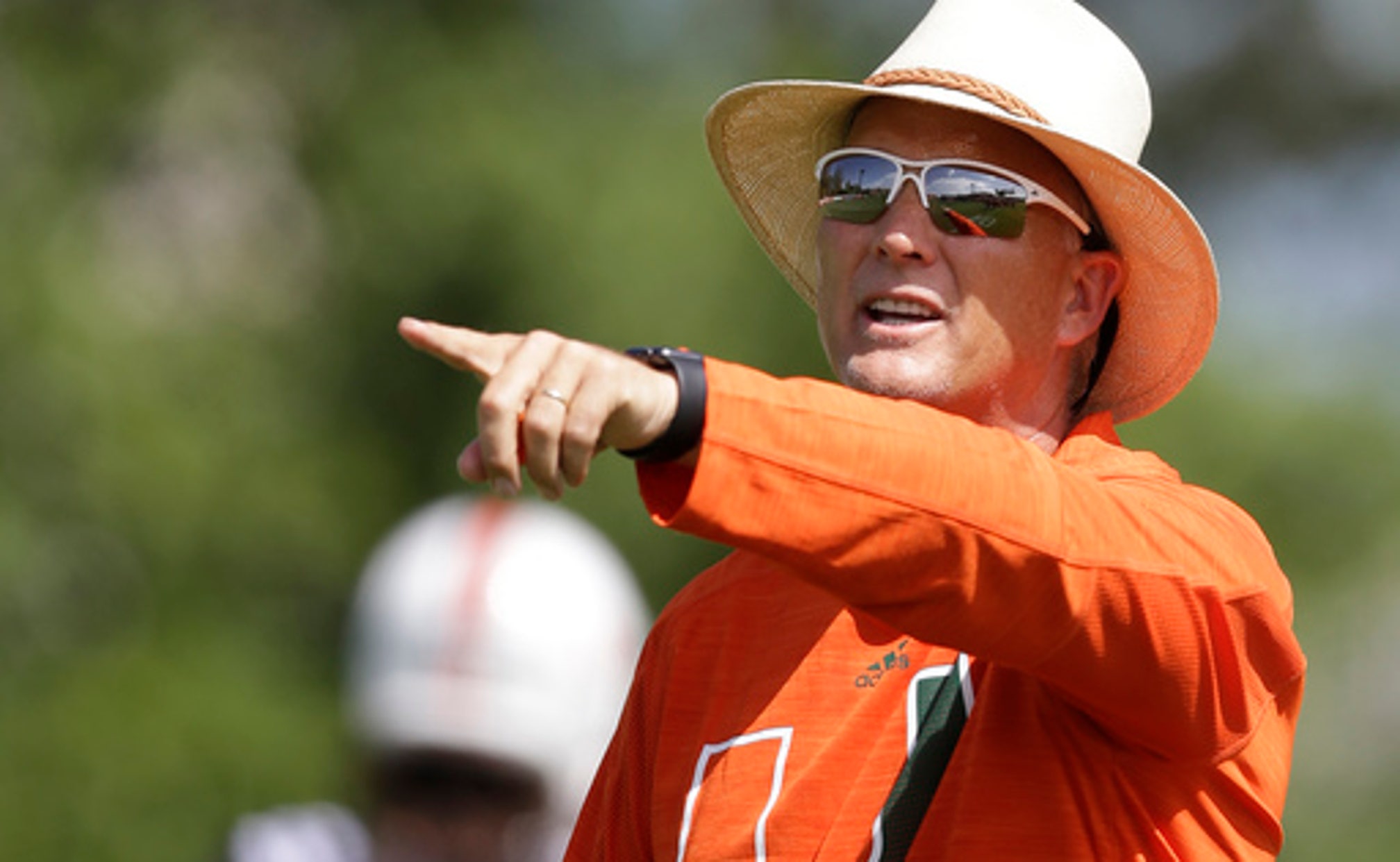 New coach, and basically a new defense for Miami as well 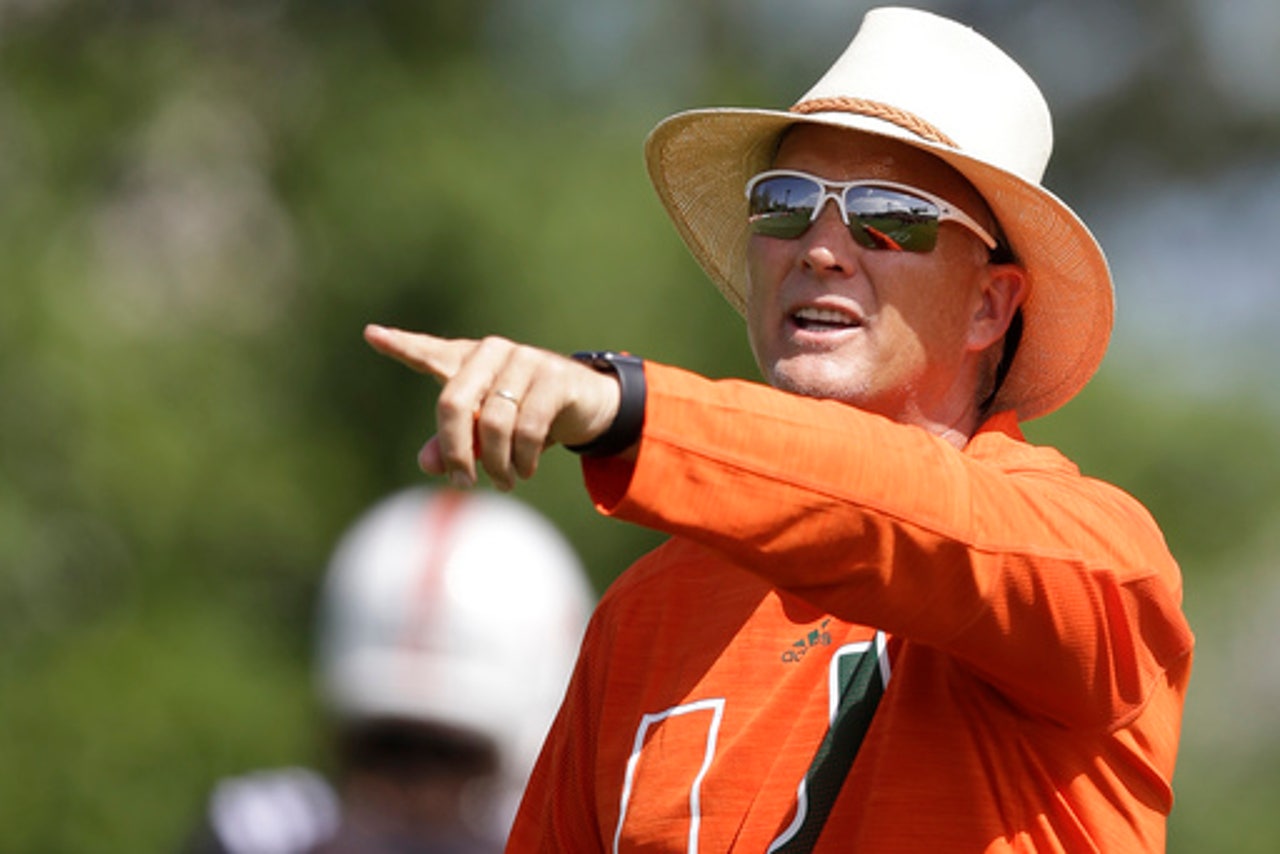 CORAL GABLES, Fla. (AP) Of Miami's 11 offensive starters from last season's bowl game, it seems likely that 10 will play when the Hurricanes open the season this weekend.

Here's the other side of that coin: Only three of the defensive starters from that game are back. Graduation ended the Miami careers of four defensive starters from that Sun Bowl loss to Washington State, cornerback Artie Burns left Miami a year early to become a first-round NFL draft pick and all three starters at linebacker in the bowl game departed in an extra-benefits mess surrounding access to luxury rental cars.

So not only does Miami have a new coach in Mark Richt, a new staff and a newly remodeled home field, it essentially will have a new defense as well when it plays host to Florida A&M on Saturday night in the season-opener for both teams.

''No one needs to do anything extraordinary,'' Richt said Tuesday. ''They just need to do their job, take care of their business.''

Nowhere will that philosophy seem more crucial to Miami than at linebacker. Unless Richt and defensive coordinator Manny Diaz change their minds before Saturday, the Hurricanes will start three true freshmen at linebacker in the opener.

Zach McCloud, Shaq Quarterman and Michael Pinckney arrived at Miami in January, touted as the future of the Hurricanes' defense.

That future is apparently now, and quarterback Brad Kaaya is already sold on the trio's abilities.

''Shaq, Pinckney and Zach, you watch them practice, you watch them fly around, you wouldn't really think that they're freshmen,'' Kaaya said. ''I mean, Shaq, I come in here at 5:30 in the morning to get treatment and Shaq's always up at 5 a.m., getting some workout or on the bike. Even if he's not injured or hurting, he's taking care of his body ... like he's a professional already.''

The only three defensive starters back from the bowl game are defensive lineman Chad Thomas and defensive backs Corn Elder and Rayshawn Jenkins. They have plenty of experience, combining for 40 starts so far in their Miami careers. Everyone else on the Miami defense has combined to make 20 starts as Hurricanes.

And the Rattlers will surely try to confuse the new group Saturday.

With Al-Quadin Muhammad, Juwon Young and Jermaine Grace - Miami's three leading tacklers from 2015 - all no longer part of the Hurricanes after the rental-car probe that ended last week, the linebackers will now be asked to grow up in a hurry. Young has been gone for weeks, but Muhammad and Grace were both figuring to be starters for the Hurricanes as recently as just a few days ago.

Their departures led to plenty of changes on the depth chart.

''It's been a learning experience,'' Quarterman said during camp.

Saturday will be another one, for certain. The Hurricanes have won the last nine meetings against Florida A&M by an average score of 49-6, and the Rattlers are coming off a 1-10 season. But there will be pressure for Miami to perform right away, and for a defense to set the tone.

Kaaya said he's seen a similar situation with lots of experience on one side of the ball, lots of inexperience on the other once before. His senior year of high school featured a team that was loaded with offensive talent, and loaded with newcomers on the defensive side.

''Our defense was fairly inexperienced, but they got it together by Week 3 or 4,'' Kaaya said. ''And we just rolled from there and won a state championship. So we'll see.''