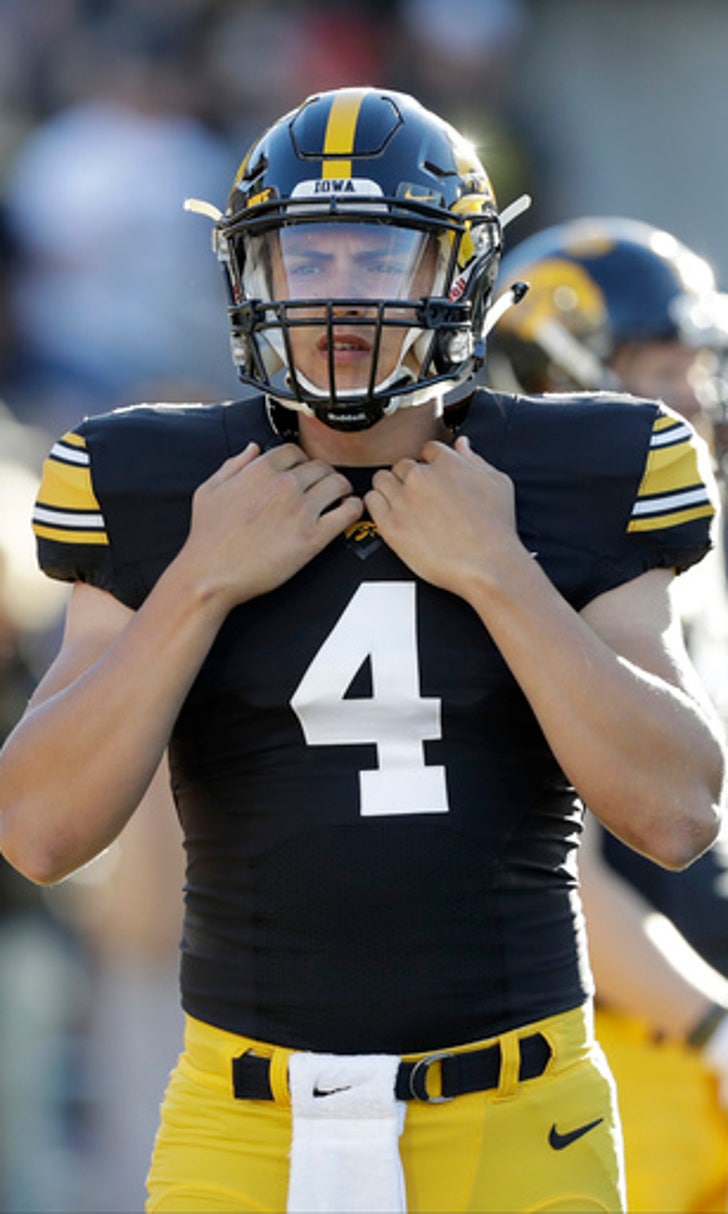 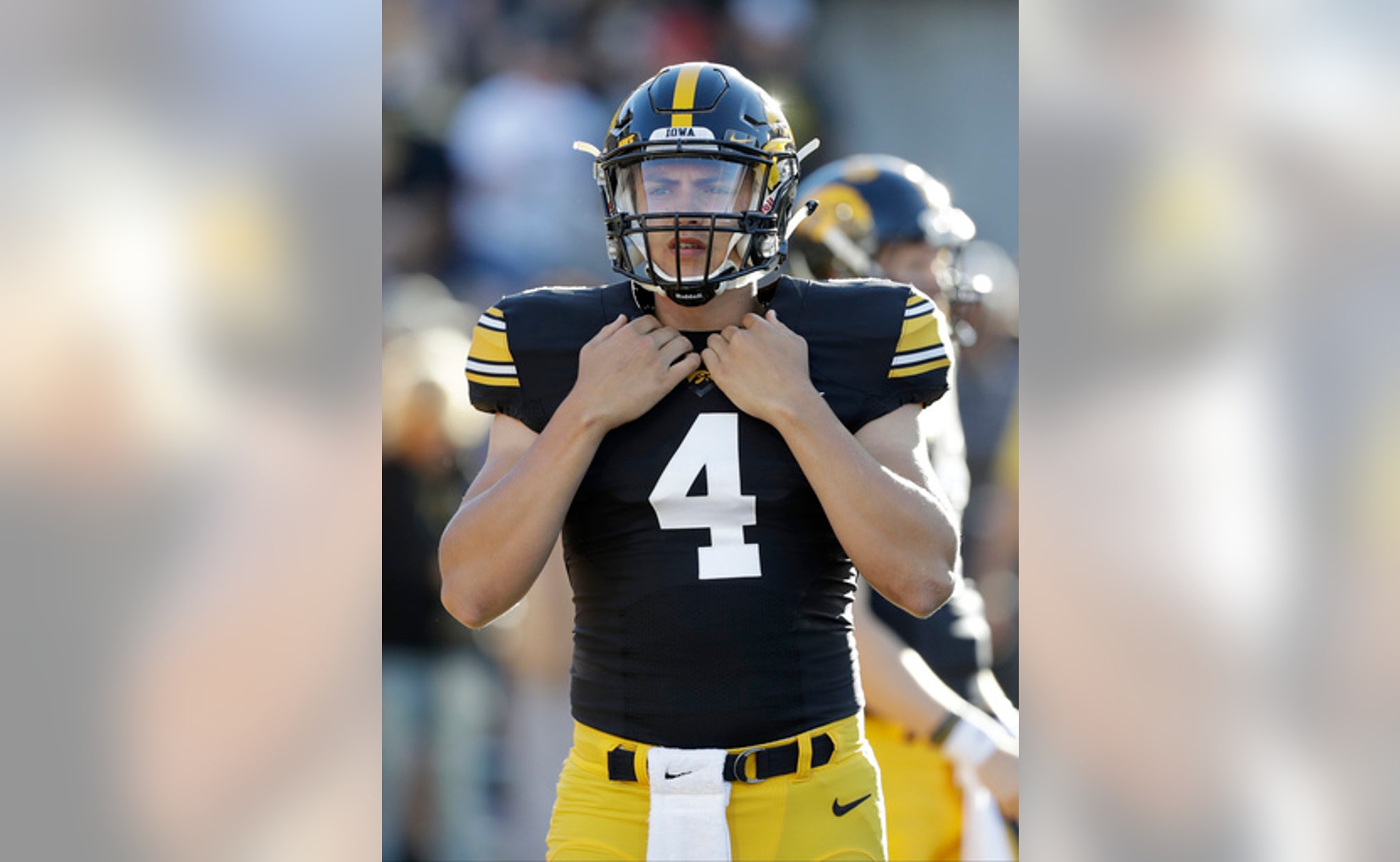 previous story
Isaiah Thomas says "I am not damaged" in ESPN interview
next story
US Open fashion: Crystals, shapes and knee-high socks

IOWA CITY, Iowa (AP) Iowa quarterback Nathan Stanley is such a mystery that few knew until Tuesday that he would rather be called Nate. Turns out that he associated the more formal ''Nathan'' with being on his mother's bad side.

Stanley's preferred first name was just the first of many questions he'll be asked to answer this season.

Stanley, a 6-foot-5, 235-pound sophomore, was officially named the Hawkeyes starter on Monday over Tyler Wiegers following a competition that lasted nearly the entire offseason. Stanley, who was 5 of 9 passing for 62 yards as Iowa's backup a year ago, will be under center when the Hawkeyes (8-5 in 2016) host Wyoming on Saturday.

''It was a close call. But we needed to make a decision and start moving forward,'' coach Kirk Ferentz said. ''The whole staff chipped in, and I think we all saw it was a close, competitive race.''

Stanley is largely unknown to even hardcore fans because his recruitment was low key and because he saw scant playing time as a freshman.

But Iowa's coaches have long believed that Stanley had a bright future.

Stanley, who turned 20 on Saturday, grew up in Menomonie, a town of about 16,000 people in northwest Wisconsin. Stanley did it all for Menomonie High, starting for four years in basketball and baseball, and excelling as a quarterback, defensive back and punter for the Mustangs.

It was clear after Stanley's sophomore season, when he threw for 1,276 yards and 14 TDs while leading his school to the playoffs, that he had a future as a Division I quarterback. But unlike many recruits in the age of social media, Stanley kept his plans so private that college recruiters had to ask Stanley's high school coach for permission to access his tape online.

Stanley attended camps at Iowa, Michigan State, Wisconsin and Pittsburgh before his junior year at Menomonie. Stanley instantly felt at home at Iowa, and he committed to the Hawkeyes that summer partly so they'd stop recruiting other quarterbacks in his class.

''Came to camp here, fell in love with the campus, Kinnick (Stadium) and the facilities,'' Stanley said. ''I figured why not make the decision first? This is really where I want to go.''

Stanley kept his commitment to Iowa even though that wasn't easy to do.

Paul Chryst, whom Stanley had built a solid relationship with at Pitt, took over at Wisconsin shortly after Stanley committed to Iowa. Chryst tried to persuade Stanley to become a Badger, but Stanley held firm.

''My parents always stressed to be true to your word,'' Stanley said.

The expectation for Stanley once he got to Iowa was that he would redshirt as a freshman, bulk up and prepare to compete for the backup job by 2017. But Stanley was so impressive in camp last fall that the coaching staff pushed him ahead of Wiegers.

Though Stanley threw just nine passes in 2016, he was the first true freshman quarterback that Ferentz had trusted enough to see action since 2003.

Wiegers pushed Stanley hard enough for the starting job in both the spring and fall that Iowa coaches extended their own preferred timeline for naming a starter. But Ferentz informed Stanley of his decision on Thursday.

A depth chart released Monday still referred to Stanley as Nathan - although this time it came with the news he'd been waiting for months to hear.