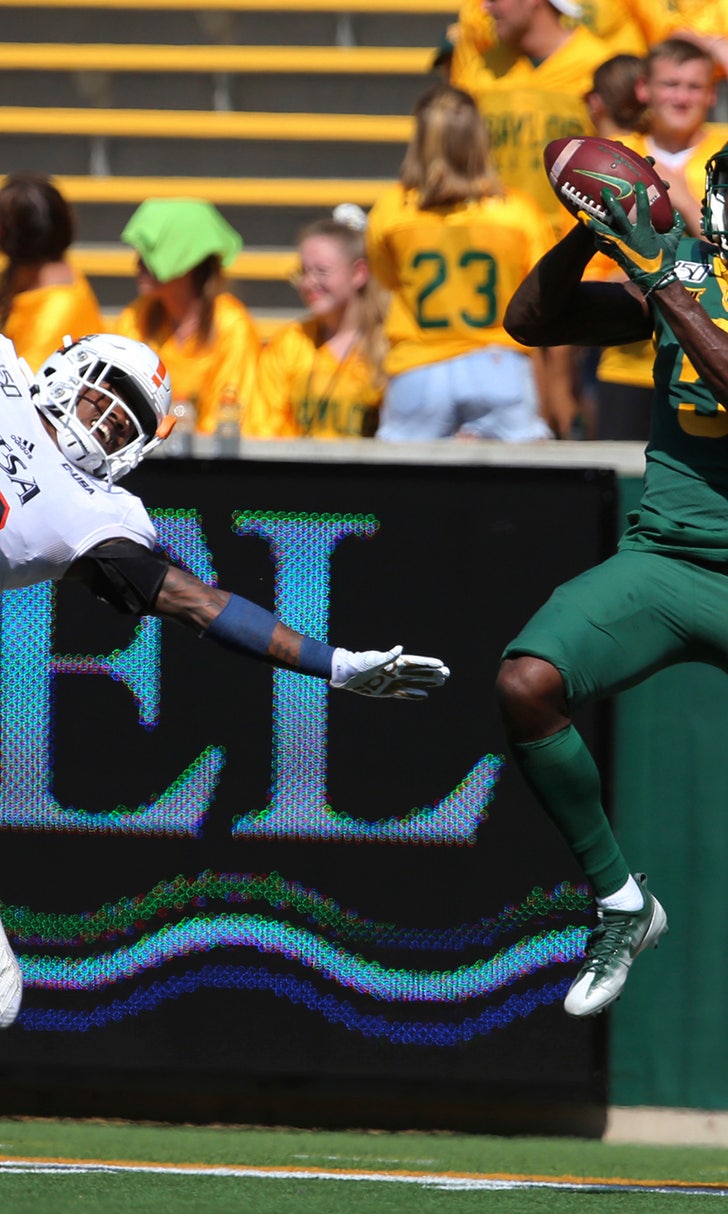 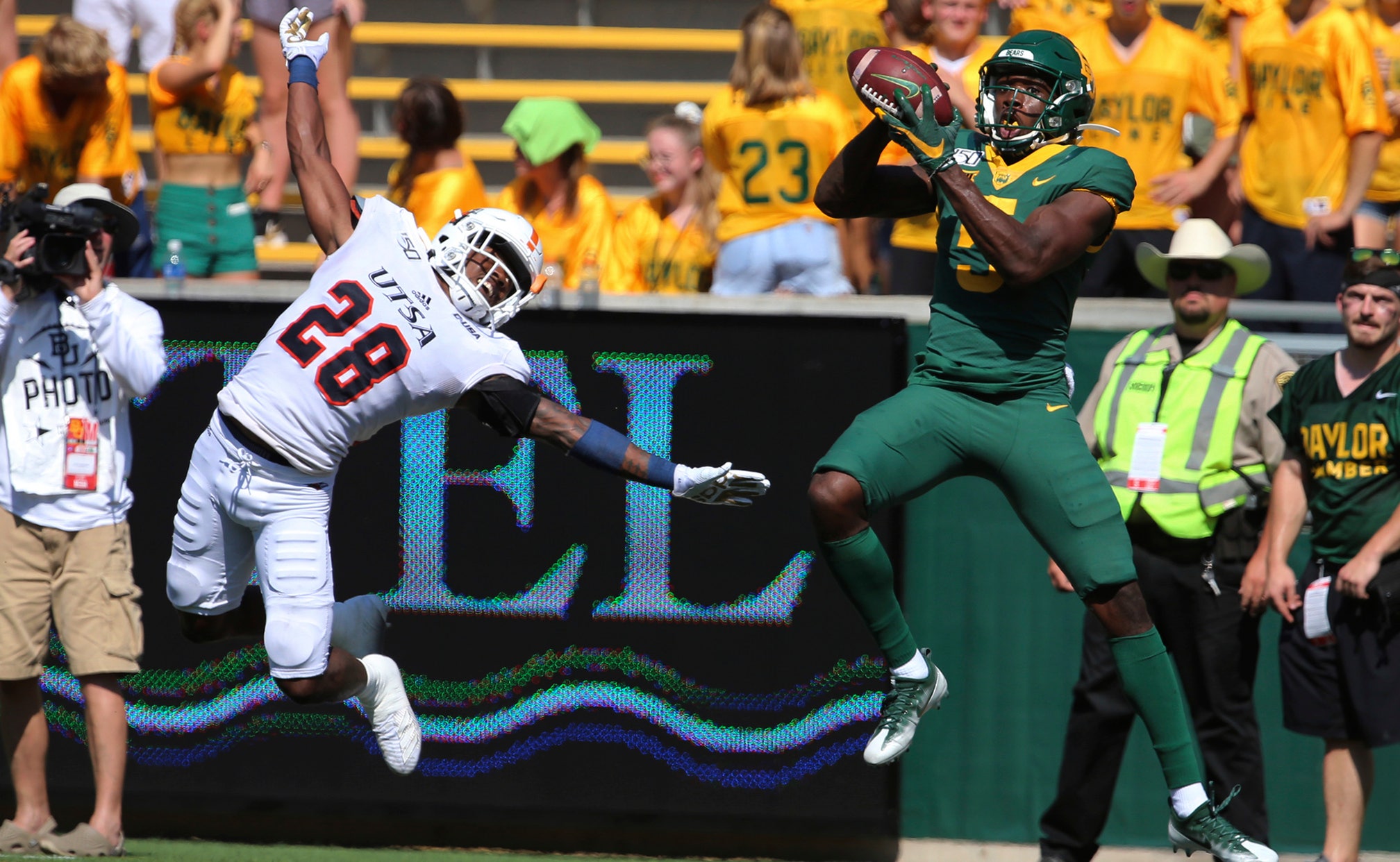 WACO, Texas (AP) — Denzel Mims was a little slow getting up after a play when he saw Baylor's call for the next snap. The senior receiver quickly waved off another player heading on to the field to take his place.

Mims then caught the second of his three touchdowns before Grayland Arnold's 73-yard punt return for a score in Baylor's 63-14 win over UTSA on Saturday.

Charlie Brewer completed 12 of 16 passes for 163 yards and the three TDs to Mims while playing only the first half, when the Bears (2-0) built a 35-0 lead. Brewer also had a 5-yard touchdown run on a blistering hot day.

The temperature at kickoff was 99 degrees. And it was much warmer on the playing turf — "Felt like it was 150 degrees," said Brewer, who was sent to an early shower by coach Matt Rhule and not allowed to play in the second half after feeling a burning sensation in his feet.

"I'm good," said Brewer, who had X-rays to make sure there were no issues. "Feet were hot. I tried to go back in, and he wouldn't let me."

Mims had all seven of his catches for 101 yards in the first half of his second career three-TD game. He was wide open in the end zone for a 9-yard TD to start the scoring when cornerback Cassius Grady fell down. Mims got behind the same defender along the sideline for a 30-yard TD and then kicked over the pylon to make it 21-0 on the play he stayed on the field.

The Roadrunners (1-1) trailed 49-0 before a 16-play drive capped by true freshman Sincere McCormick's 2-yard TD run at the end of the third quarter. He added a 54-yard score after that.

"The reality was we didn't do anything very well in any aspect of the game, offense, defense or special teams," UTSA coach Frank Wilson said.

Arnold had Baylor's first punt return for a touchdown since 2005 midway through the second quarter. After fielding the ball and sliding to his right, Arnold sprinted down the sideline and got some nice downfield blocks.

"Pretty complete game, a clean game, not a lot of penalties, didn't turn the football over, not a lot of missed assignments or errors," Rhule said. "So, we looked like we knew what we were doing in a lot of areas."

UTSA: Dual-threat quarterback Frank Harris, who was in the same Texas high school recruiting class as Baylor third-year starter Brewer, found things much tougher against a Big 12 defense in his second game. The end of Harris' high school career and the start of his college career were hampered by injuries in both knees. After 329 total yards and three TD passes in his debut, he was 15-of-24 passing for 93 yards and had nine carries for 3 yards while being sacked three times.

"He is our starting quarterback, he has to go through these growing pains," Wilson said.

Baylor: The Bears followed a season-opening 39-point win over an FCS team by scoring their most points since 2015. Handily taking care of the early part of the schedule is an indication of progress under third-year coach Matt Rhule. The Bears lost at home to UTSA two years ago early in Rhule's first season. They have an open date and play another nonconference team from Texas before their Big 12 opener at home against No. 25 Iowa State.

For the second week in a row, redshirt freshman Gerry Bohanon got extensive action for Baylor. Bohanon played the entire second half this time. He ran seven times for 93 yards, gaining 38 yards on his first carry before a 2-yard TD run on the first drive after halftime.

In the opener, Brewer played through the first series after halftime, before Bohanon completed 5 of 6 passes for 51 yards and a score, and ran six times for 84 yards.

"He's waiting his turn, but when he does go in there, you can see some good things from him," Rhule said.

UTSA is home next Saturday against Army, which is coming off a double-overtime loss at No. 7 Michigan.

Baylor has an open date before wrapping up nonconference play Sept. 21 at Rice.