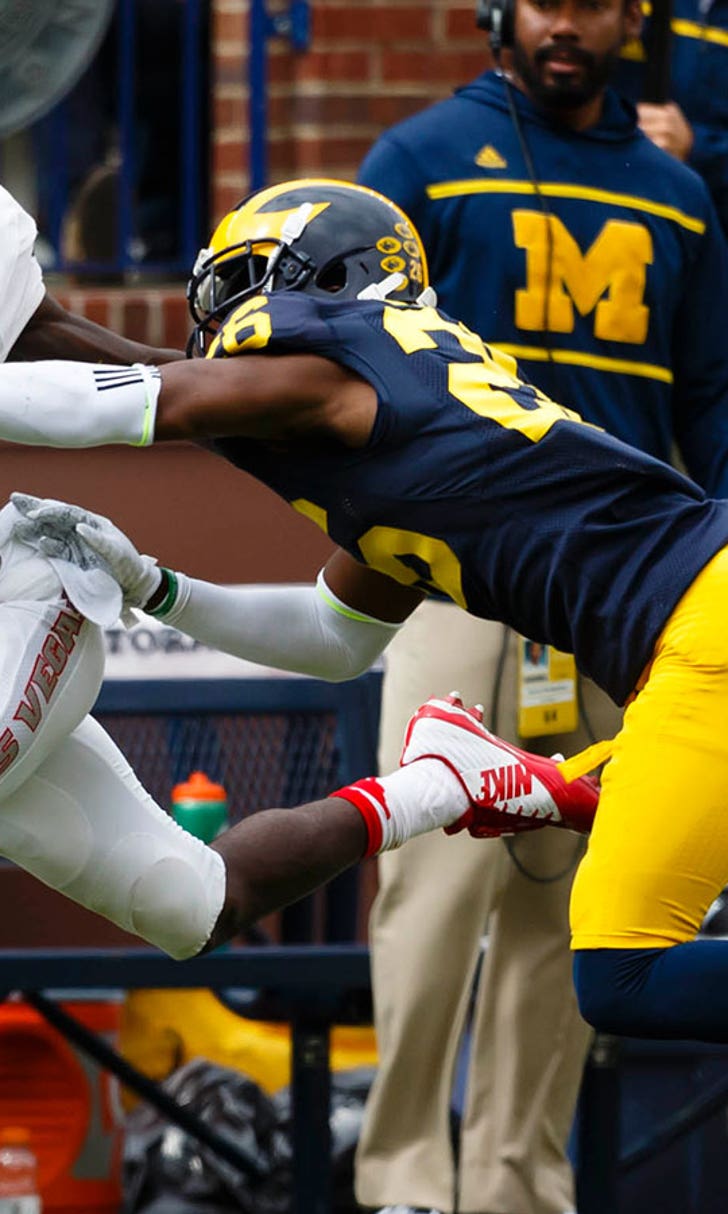 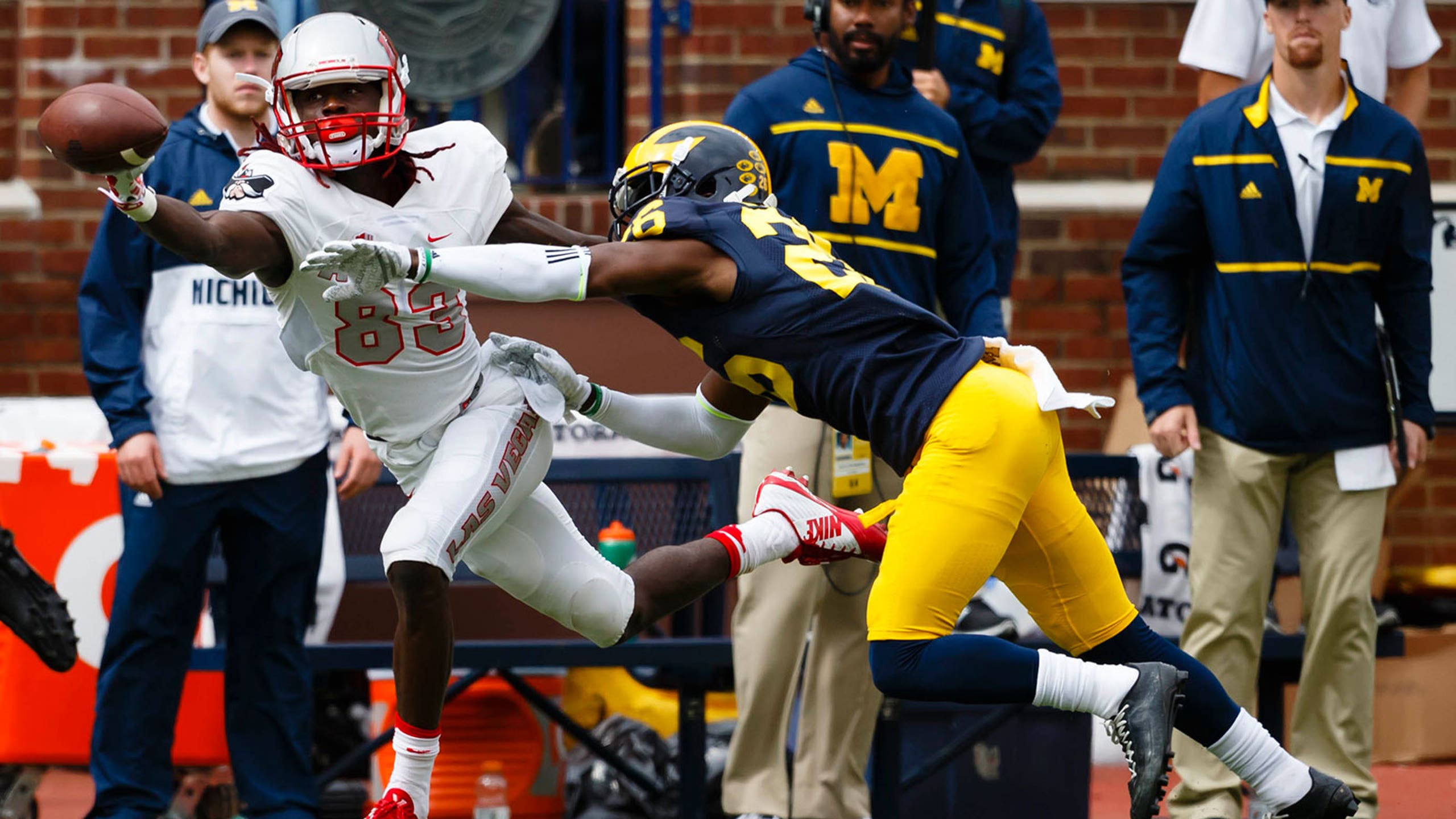 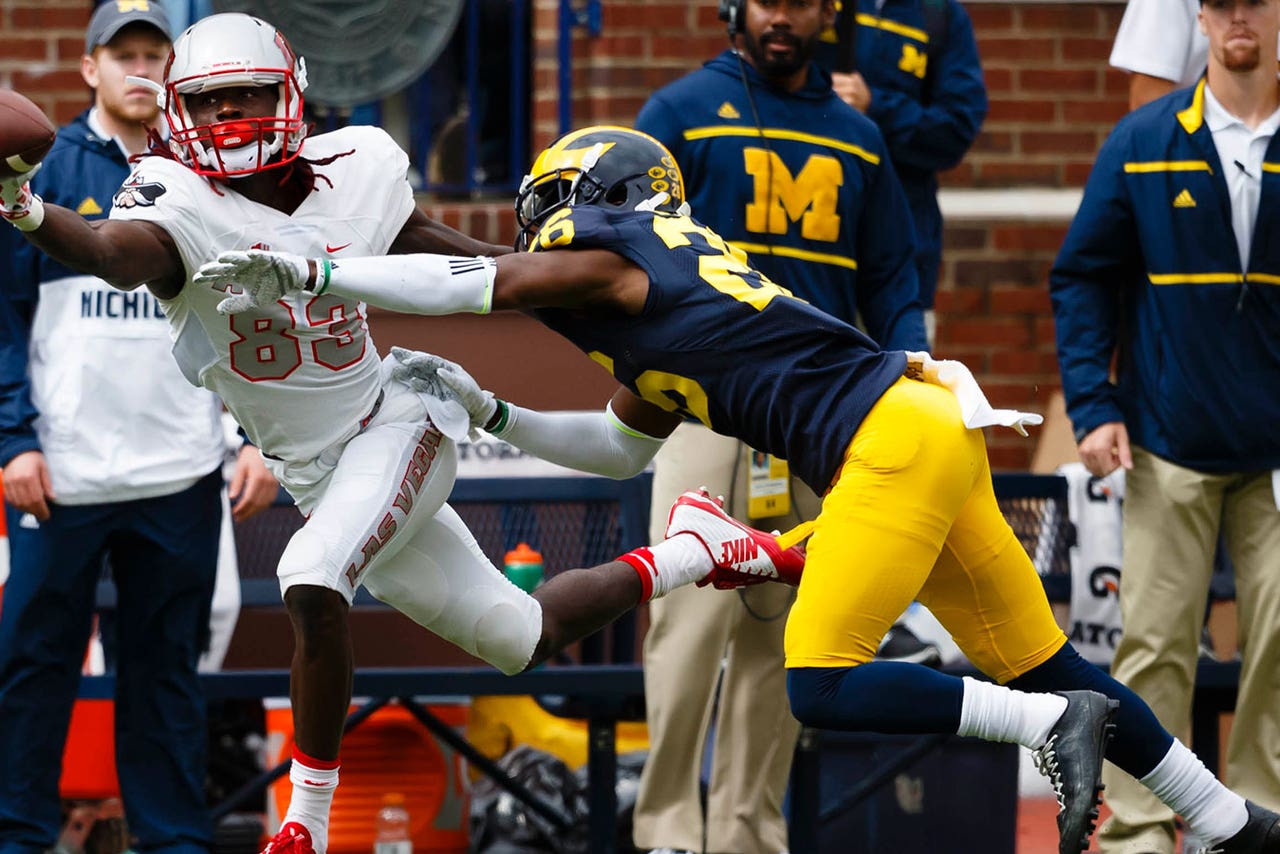 Michigan cornerback Jourdan Lewis is among 20 semifinalists for the Chuck Bednarik Award, which goes to the best defensive player in college football.

Lewis needs one more pass breakup to tie the school single-season record of 18, and he is fourth on the team in tackles with 29.

He is one of five Big Ten players on the Bednarik semifinalist list but the only defensive back. Also up for the award from the conference are Ohio State end Joey Bosa, Michigan State end Shilique Calhoun, Penn State end Carl Nassib and Wisconsin linebacker Joe Schubert.

Lewis was previously named a semifinalist for the Jim Thorpe Award as the best defensive back in the country.