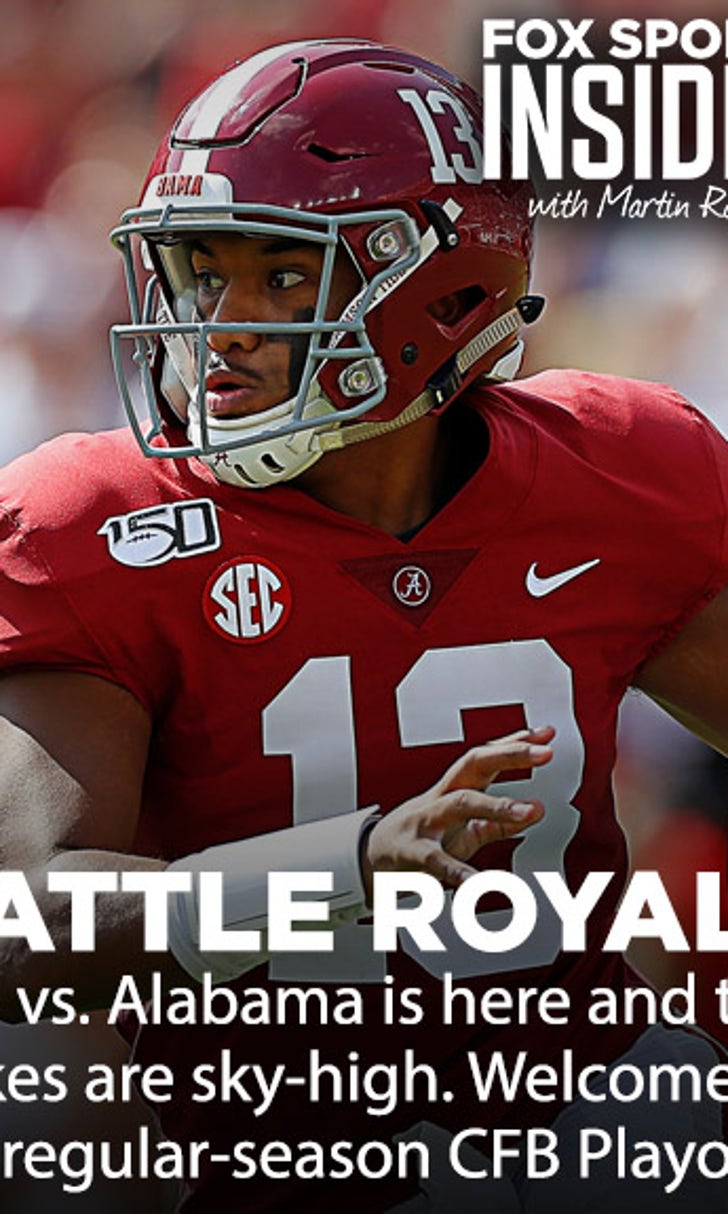 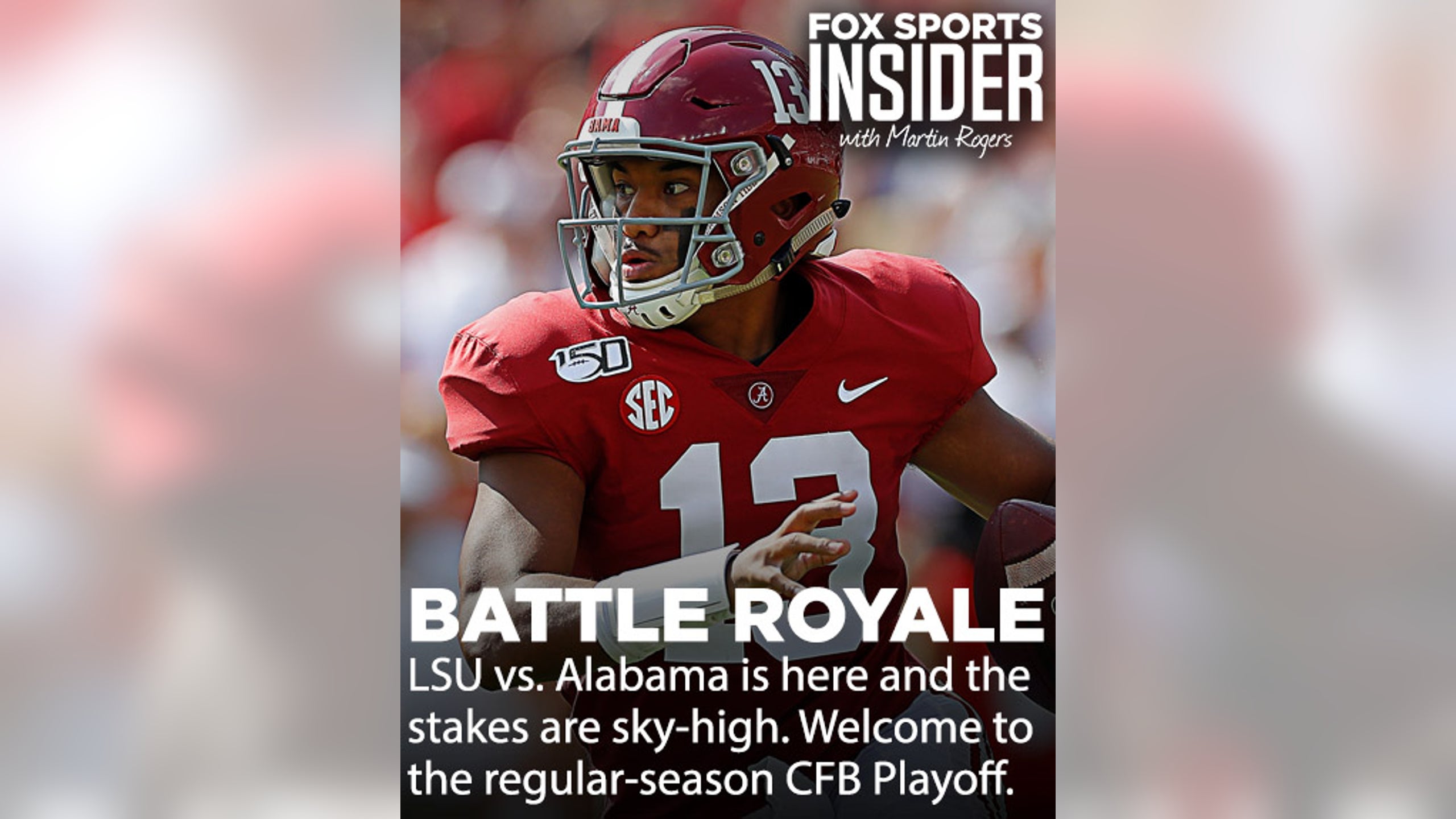 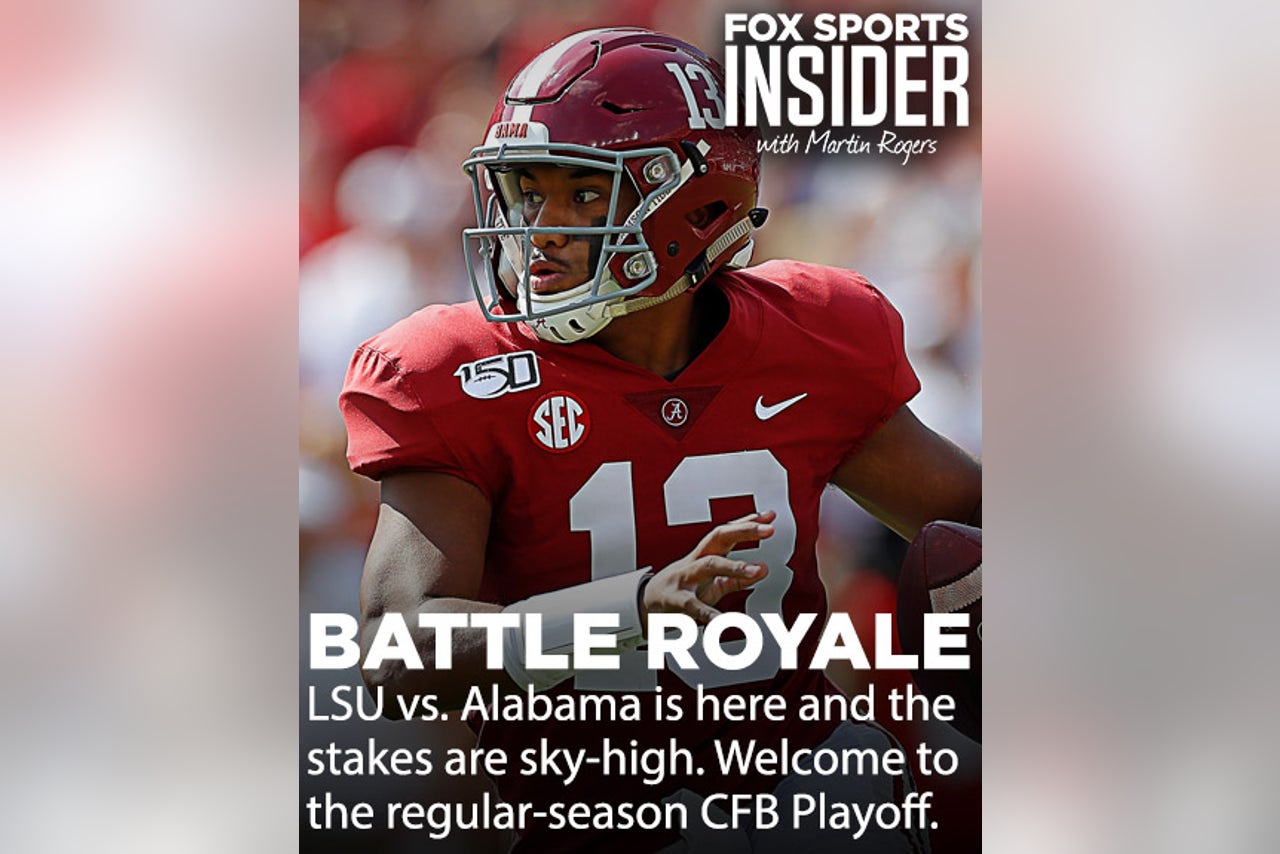 This is just how a playoff is supposed to work, right? A bunch of undefeated teams putting their perfect records on the line, with drastic consequences for the loser?

Absolutely ... except that college football is getting a playoff-before-the-playoffs this season, with the release of the committee’s first College Football Playoff rankings on Tuesday night merely serving as the curtain raiser.

Not everyone was happy with the initial list, which is about as obvious as saying not everyone votes for the same political party at election time. Conjecture, division and wildly disparate theories are all par for the course when it comes to analyzing the actions of the decision makers.

“This is why you need more teams in the playoff system,” FOX college football analyst Reggie Bush told Colin Cowherd on FS1’s The Herd on Tuesday. “An expanded system, eight to 10 teams, because of these issues right here. There are only four [playoff spots] and five power conferences. There is always someone who is left out.”

Given the regularity with which the SEC has had two representatives in the playoff, there are routinely two “someones” on the outside looking in. Calls for an extension to the postseason continue to grow with each passing year.

An ESPN survey of 62 college head coaches, conducted last offseason and released on Tuesday, showed that 30 coaches were in favor of expanding the Playoff to at least eight teams, with 23 against. Michigan head coach Jim Harbaugh even proposed an 11-team format that he believes would settle all disputes.

The merits (or otherwise) of a fresh CFB Playoff formula can wait for another day, but for now it’s worth bearing in mind the gravity of what awaits between this weekend and the end of what will surely be a frenetic month.

It begins with an absolute monster of a clash between LSU and Alabama in Tuscaloosa on Saturday, and the way the schedule goes this year, it may be the first in a series of what are effectively play-in (or out) games.

Chaos theory could still abound; we’ve seen that before (and we’ll get into it in a moment). But a bunch of teams have the chance to win their way into the mix and keep themselves there. While there are some scenarios that would lead to an almighty ruckus around the selection table, there’s also a feasible chance that the results of these regular-season showdowns take care of much of the conversation.

Any time the Tigers and the Crimson Tide go head-to-head is worth watching, but there is more at stake this time around. What makes it juicy is not the reward for the victor — basically, it’s hard to see a realistic scenario in which the winner of this game fails to get a playoff spot. Instead, the rub comes in the impact on the loser. Whoever is defeated (especially if it’s Alabama) is suddenly in a seriously precarious position.

Alabama, sat third in the initial rankings and with concerns about their 2019 strength of schedule, could face missing out on the Playoff for the very first time with a loss at Bryant-Denny Stadium on Saturday.

“The only team that you could question ‘Who have you played?’ is Alabama,” FOX analyst Joel Klatt said. “If I’m not mistaken — and I’m not — their opponents’ win percentage is the worst in the Power Five.”

A dream for the Playoff committee is having four undefeated conference champions take care of business. If rankings leader Ohio State and fourth-ranked Penn State remain undefeated going into their showdown on Nov. 23, the winner of that game would be an overwhelming favorite heading into the Big Ten championship.

Assuming Clemson suffers no slips — with Wake Forest on Nov. 16 their only potential banana peel — the ACC champion will also be undefeated.

While the Pac-12’s Oregon and Utah both have one loss and would need some serious shake-ups higher in the rankings, the Big 12 offers some serious intrigue. Baylor is undefeated, but is ranked a lowly 12th and has some brutal tests ahead, including Oklahoma on Nov. 16. The Sooners, considered the likeliest team to win the Big 12 despite a shock loss to Kansas State, like their chances with the committee if they can win out.

“As a program, we need to learn to stop worrying about what people say and just worry about what we can do and control,” Baylor head coach Matt Rhule told The Dallas Morning News. “It’s just coming at a different context now.”

Like I said, not everyone liked the rankings. Clemson probably wasn’t too fond of seeing an undefeated, defending national champion pushed down to the fifth spot. In truth, it doesn’t matter too much — as long as they keep winning.

Staying undefeated is the ultimate immunizer. The more undefeated teams fall, the more chaos comes into play. The ultimate head-scratcher would be the following scenario: if the loser of Bama-LSU on Saturday finishes the season with only one loss, but the Georgia Bulldogs manage to defeat the winner of that game in the SEC finale by running the table to claim the conference title. Did someone say three SEC teams with valid claims? That’s enough to send shivers down spines of other conferences ... especially those with one-loss champions.

Over the five years of the playoff, 11 of the 20 teams in the first ranking actually made it in. There are still a number of teams who have their shot — a clear path to the promised land. All they have to do is take it. Simple, right?

There is a pretty solid chance an expanded bracket happens one day, to at least eight teams if not to the behemoth option proposed by Harbaugh.

Until then, we have this reality: the season is heating up, and in so many ways, it feels like the Playoff has already started. For all those teams for whom one loss will deliver the death knell to their chances, it has.

Strap in; sit tight. November is going to be fun.