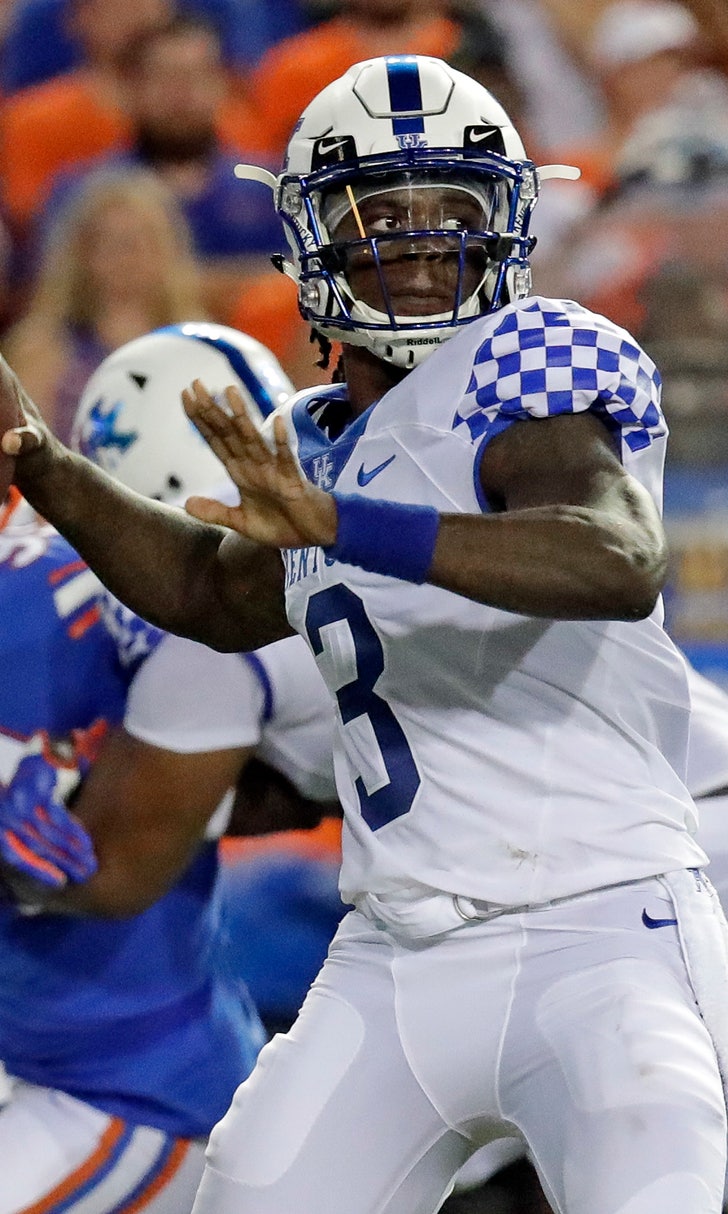 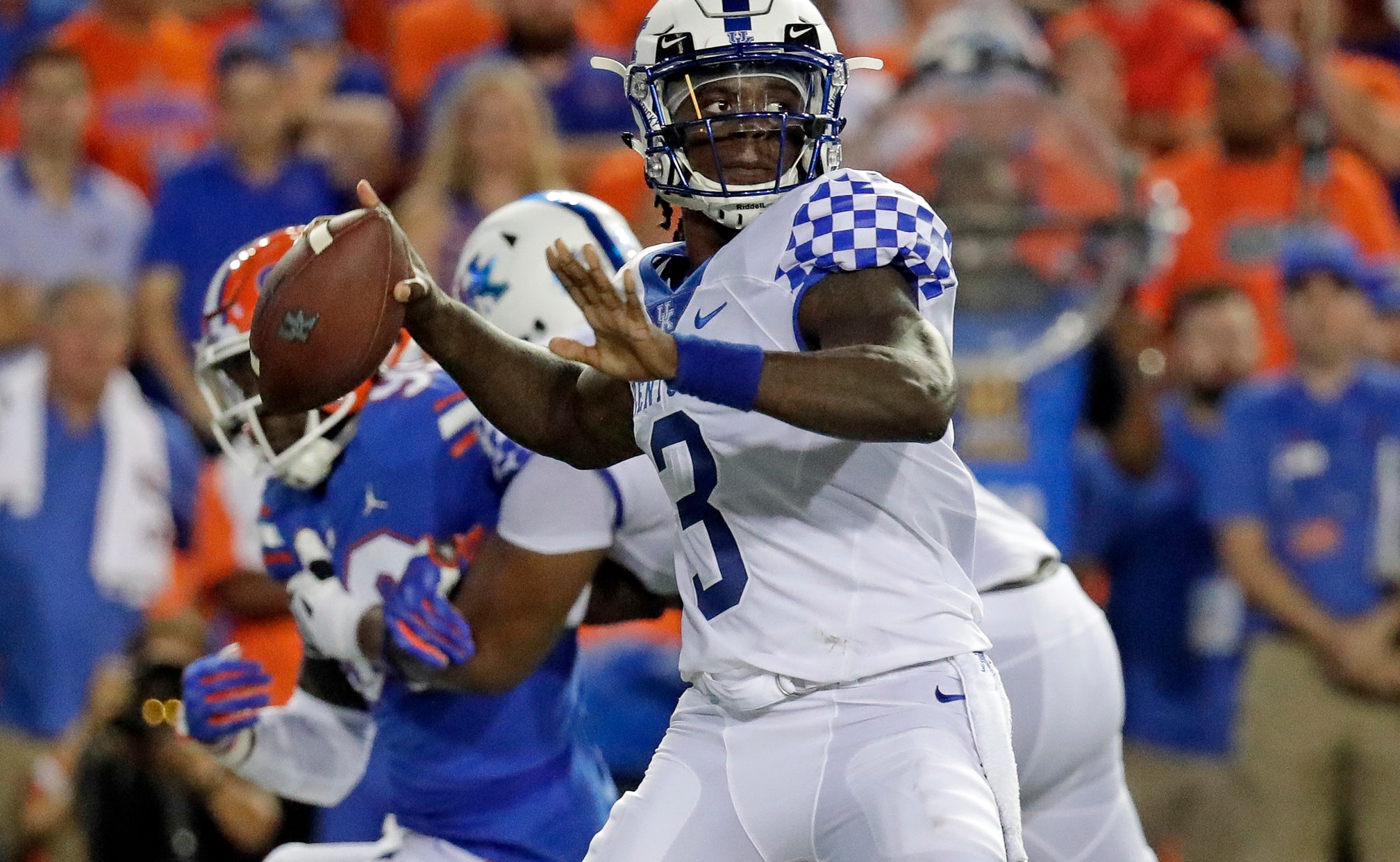 LEXINGTON, Ky. (AP) — Terry Wilson enters his third game with Kentucky having achieved a special place among Wildcats fans: He is the quarterback who finally snapped "The Streak" against Florida.

The next step for Wilson is to consistently play well by smoothing out the rough edges in his game.

HIs expected growing pains on the FBS level include amassing more turnovers (five) than touchdowns (three) through two games. But the TDs came in Kentucky's 27-16 upset of the then-No. 25 Gators that ended the Wildcats' 31-game losing streak to the Florida.

The sophomore showcased his running and passing ability, as well as his resolve against the Gator.s

Wilson sandwiched a 24-yard TD run between a 29-yard scoring pass to David Bouvier off his back foot and a 54-yarder to Lynn Bowden that put Kentucky up 21-10. His final two TDs followed consecutive second-quarter giveaways, demonstrating his ability to overcome errors.

"I don't really want to think about the mistakes if I make them," said Wilson, whose 256 yards of offense included 105 rushing on 10 carries. "I just want to go out there and play ball and do the little things right and everything else will take care of itself."

The junior college transfer's priority is avoiding them altogether on Saturday as Kentucky (2-0) hosts FCS Murray State (0-2). Wilson's ability to adjusting to FBS play and the highly competitive Southeastern Conference is encouraging for an offense that could be one of Kentucky's strongest under sixth-year coach Mark Stoops.

Making sure he doesn't dwell on his mistakes has been key for Wilson, especially after a shaky start in the season opener against Central Michigan. Besides seeing the Chippewas convert a fumble and two interceptions into 13 first-half points, the Oklahoma City, Oklahoma, native briefly left the game with a shoulder injury sustained while throwing his second pick.

Sophomore Gunnar Hoak threw the go-ahead TD pass in relief before Wilson returned in the third quarter to lead two TD drives and finish a 35-20 victory. That performance helped build his confidence and develop even more of a short-term memory, both of which were needed at Florida. Wilson had a fumble and an end-zone interception as the Wildcats were poised to break the game open.

"Terry's a guy that does absorb, he wants to learn, he wants to get better," Kentucky quarterbacks coach and co-offensive coordinator Darin Hinshaw said. "Number one (lesson) is that you don't have all the answers. In game one he found that out and boy, he really learned from it and it helped him in game two."

Also helping Wilson is a big, physical offensive line that hasn't yielded a sack and has created holes for him and running back Benny Snell Jr. to each surpass 100 yards rushing in the Swamp.

Wilson is still marveling over his long TD to Bowden that he describes as his best throw ever. That play has him motivated to do even better.

"Most quarterbacks that jump into the SEC from a different conference, you expect them to be shaken the first couple of weeks," Bowden said. "I saw that in the first game, but Terry bounced back and always speaks of confidence. That's the thing, he's confident."

Terry Wilson
share story
those were the latest stories
Want to see more?
View All Stories
Fox Sports™ and © 2020 Fox Media LLC and Fox Sports Interactive Media, LLC. All rights reserved. Use of this website (including any and all parts and components) constitutes your acceptance of these Terms of Use and Updated Privacy Policy. Advertising Choices. Do Not Sell my Personal Info