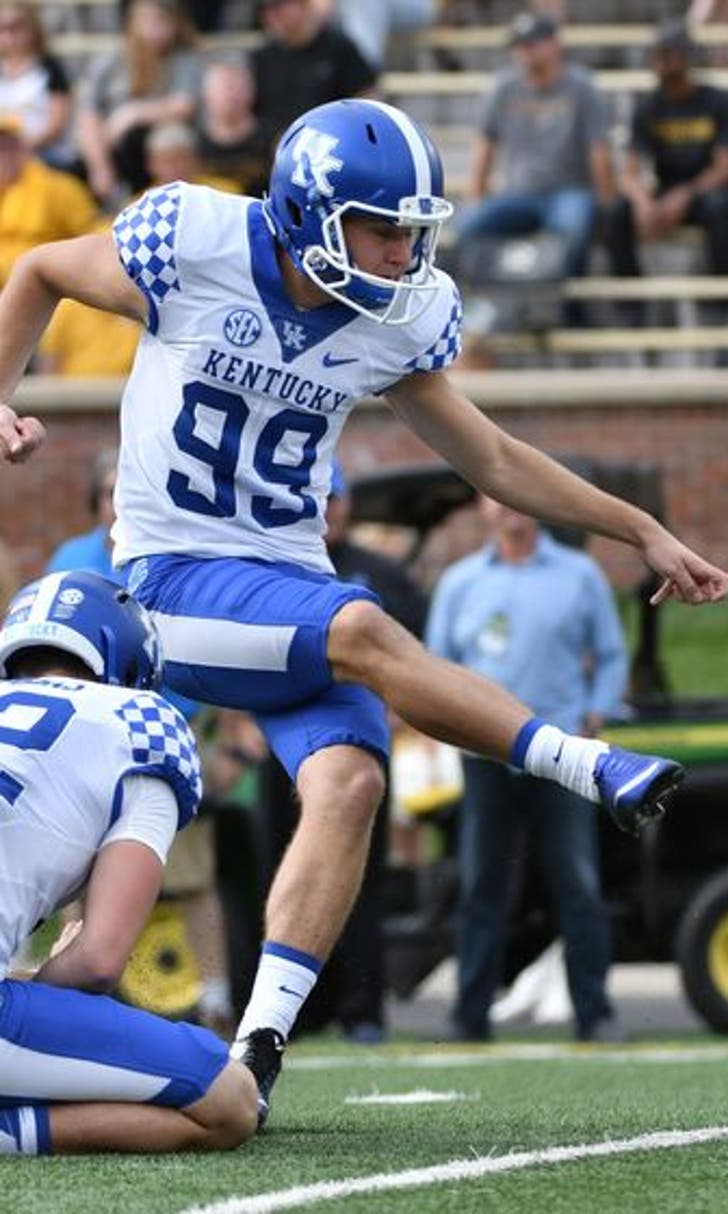 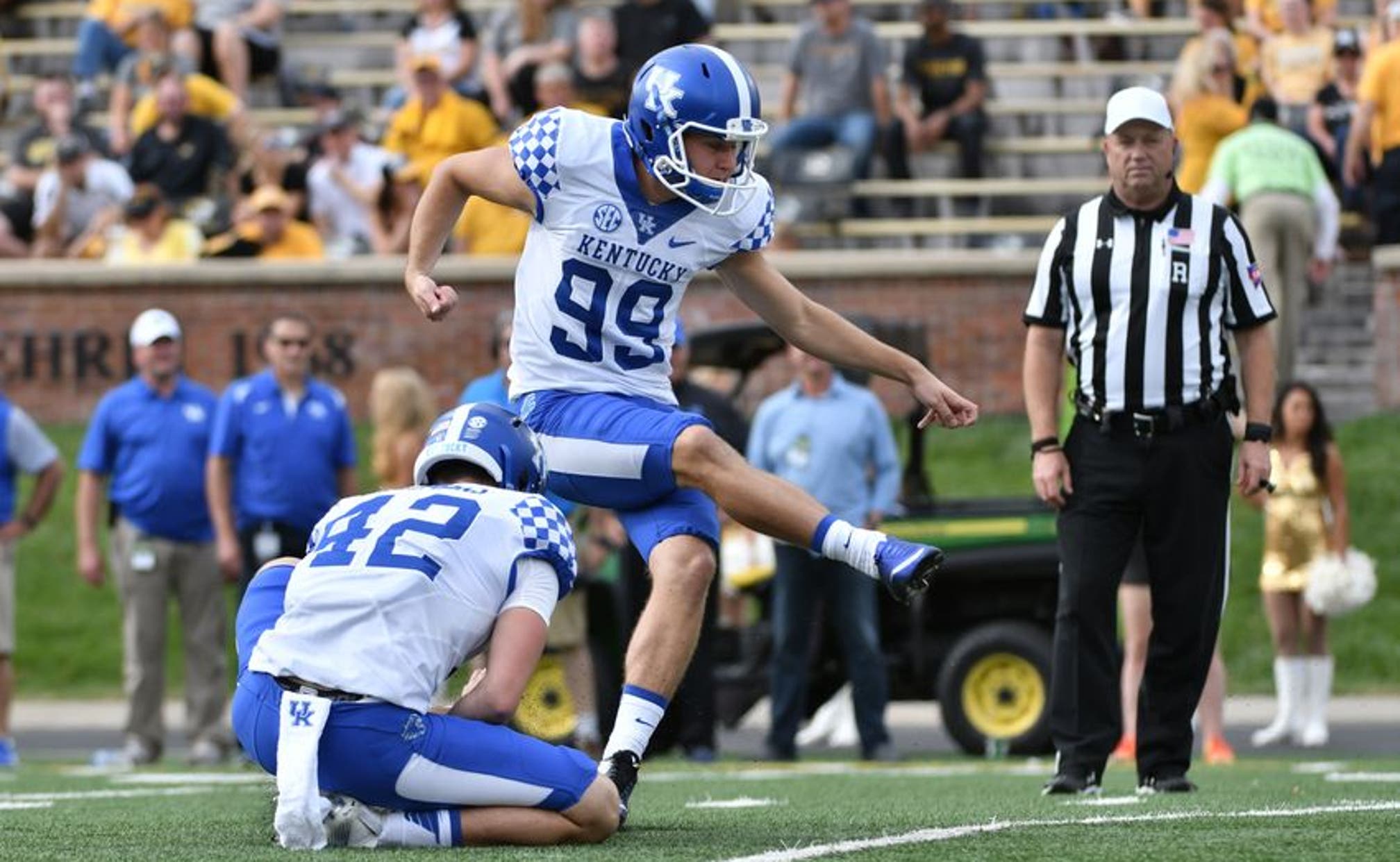 Kentucky football fortune have twice this season rested on the foot of placekicker Austin MacGinnis, and twice the junior has delivered with clutch, game-winning field goals for the Cats.

Even without this season’s incredible heroics, MacGinnis is already an all-timer at Kentucky. With 253 career points, MacGinnis is second behind only Lones Seiber, who excelled for Kentucky. For his career, MacGinnis has made 49 of 62 field goals, good for 79 percent. As a freshman, he was named first-team, Freshman All-America and first-team, All-SEC.

But MacGinnis will have a permanent place in Kentucky football lore for becoming the fist Cat to ever hit two game-winning field goals in the final minute of regulation in the same season. In two come-from-behind wins this season, MacGinnis sealed the deal. Against Mississippi State, MacGinnis nailed his longest field goal of the season, a 51-yarder to win the game as time expired. Then against Louisville, MacGinnis did it again, drilling a 47-yarder throughs the uprights with 12 seconds remaining to sept the Cardinals.

Freshman punter Grant McKinniss came to Kentucky highly touted ranked as the No. 4 punter in the nation during his senior season of high school. McKinniss is averaging 39.5 yards per punt, and he’s pinned nine kicks inside the opponent’s 20-yard line. Against Alabama, he crushed his career-long for 61 yards.

McKinniss was one of 66 individuals named to the Ray Guy Award Watch List, which recognizes the nation’s best punter each season. That means he can play.

The kicking game is in good hands headed into this big TaxSlayer Bowl matchup versus Georgia Tech. In what is expected to be a tough battle, where both teams will attempt to run the ball and control the time of possession, field position could be critical, making McKinniss a key.

And if the game is on the line late, we know MacGinnis not only has the leg, but more importantly, he is clutch.