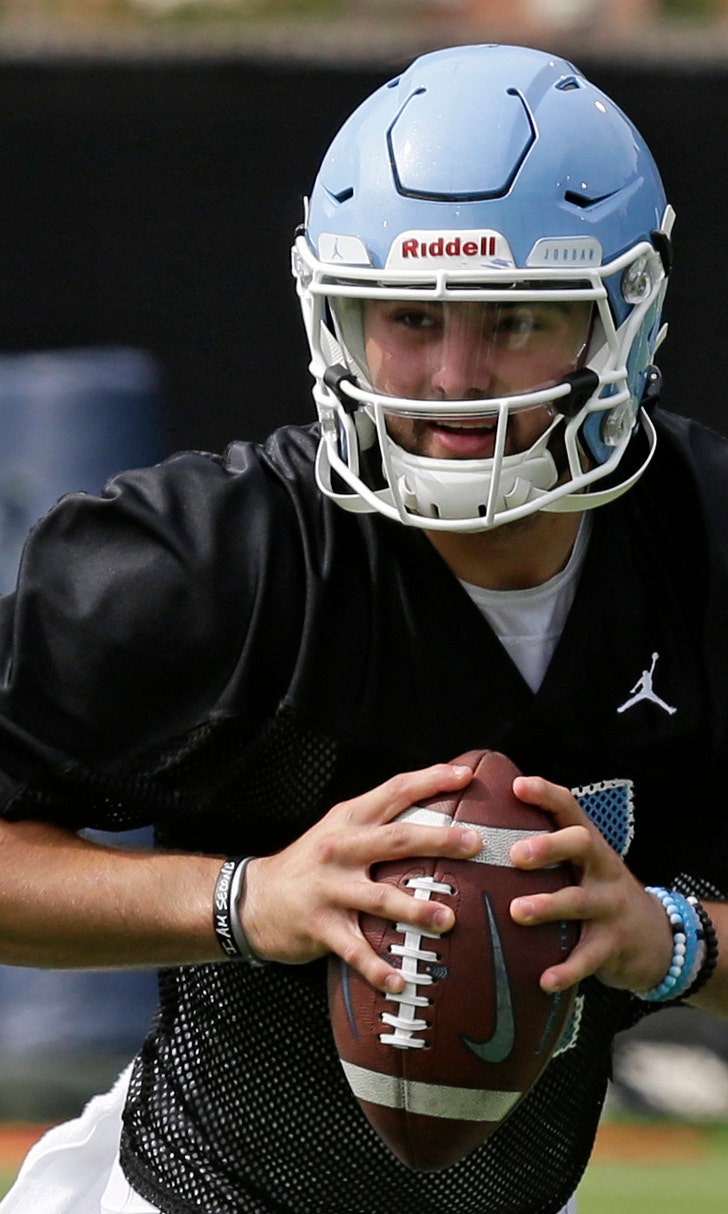 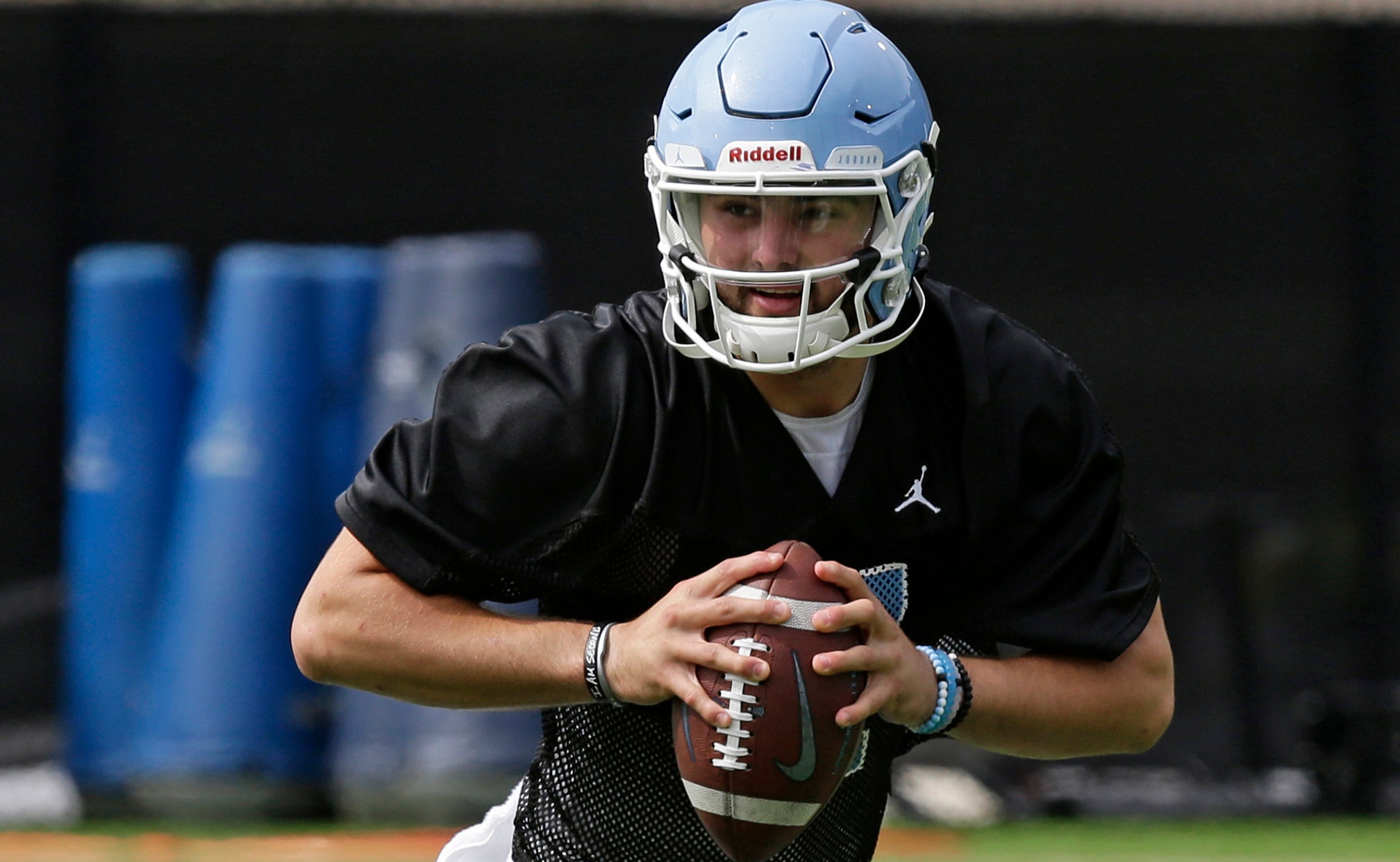 CHAPEL HILL, N.C. (AP) — Sam Howell went from being a Florida State recruit to starting at North Carolina in rapid fashion. Now the Tar Heels are ready to find out how he handles game pressure in his first college snaps.

Howell will start Saturday against South Carolina in Charlotte, with the school saying he's believed to be the first true freshman to start a season opener in program history. That followed the four-star recruit flipping his commitment from FSU in December, enrolling at UNC in January then finishing on top of a three-way battle for the starting job in preseason camp.

"I'm a calm guy, I usually stay pretty calm," Howell said. "But I'll be honest: yeah, there is going to be some nerves. I'm not scared or anything like that, but it is a big stage. It's a stage I really haven't been on before. But I'm confident in myself, I'm confident in my team and I know my teammates have got my back."

The only public look at Howell in Longo's offense came in the spring game, with him completing 10 of 16 passes for 131 yards and a perfectly thrown deep ball for a 42-yard score. Still, South Carolina coach Will Muschamp said the Gamecocks know plenty about him; they recruited him, too.

"He's got arm talent, set all kinds of records in high school," Muschamp said. "A guy that's got ability to run the ball. He's a competitor, a battler. He can make all the throws as far as the touch throws. He can zip it. We've got a lot of respect for Sam."

Howell's starting role epitomizes the wave of change for the Tar Heels. Mack Brown is back for a second stint as coach, a College Football Hall of Fame member who built the Tar Heels into top-10 national status once before. There's a new offense, coordinated by Phil Longo, that blends power running with "Air Raid" elements in the passing game.

UNC is trying to stop a program freefall that began in November 2016, though the immediate goal is beating a power-conference opponent in a season opener for the first time since 1997 — Brown's final season in his first stint in Chapel Hill before his 16-year run at Texas.

The Tar Heels hope putting Howell in the lineup now takes care of both, even as he gets his first game-speed test in a stadium near his hometown of Monroe and roughly 20 miles from where he starred at Sun Valley High School.

"He's confident in a quiet way, but he exudes that confidence to the team," Brown said. "He's a risk taker. He'll have to be smart Saturday because you go back to his hometown, you play a team that he grew up watching and he's been here six months.

"Phil's going to have to do a good job with him early in the game to help make sure that he's comfortable and sees what South Carolina's doing before we go crazy and turn him loose."

Howell earned the start by beating out redshirt freshmen Jace Ruder and Cade Fortin during preseason drills, with Brown saying on Aug. 18 that Howell would start working with the first team to give him a chance to further hone his leadership role. Ruder is listed as the backup while Fortin has decided to transfer.