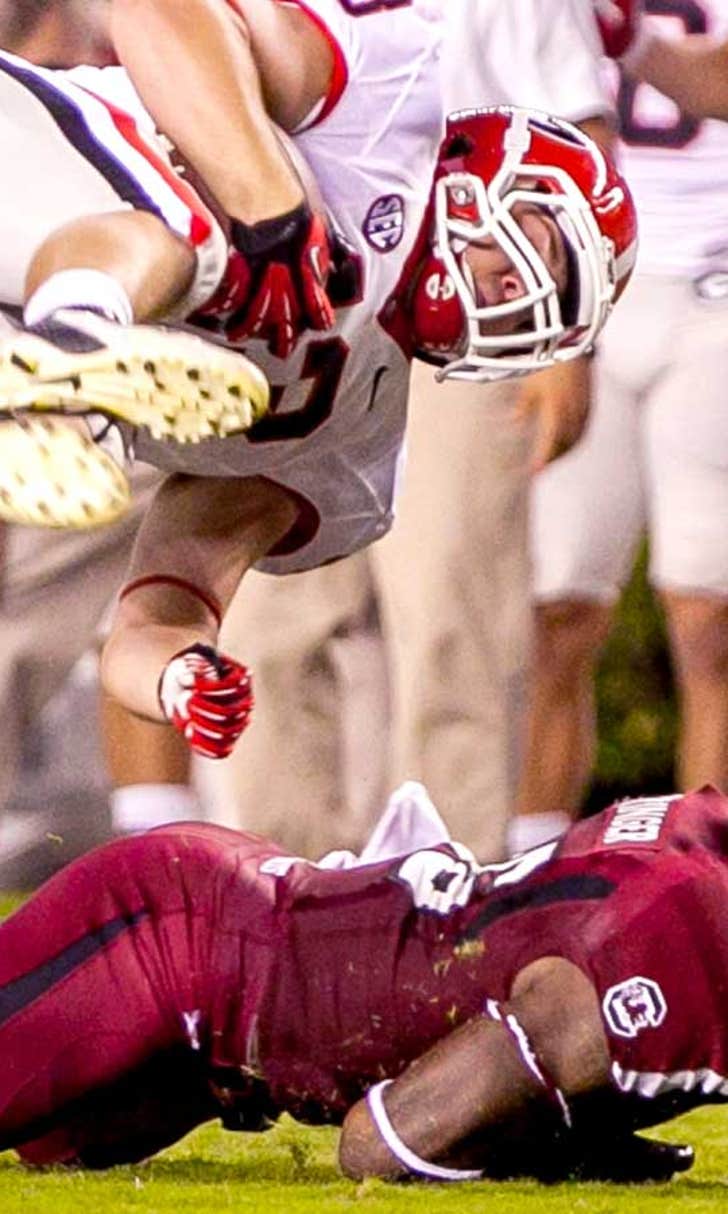 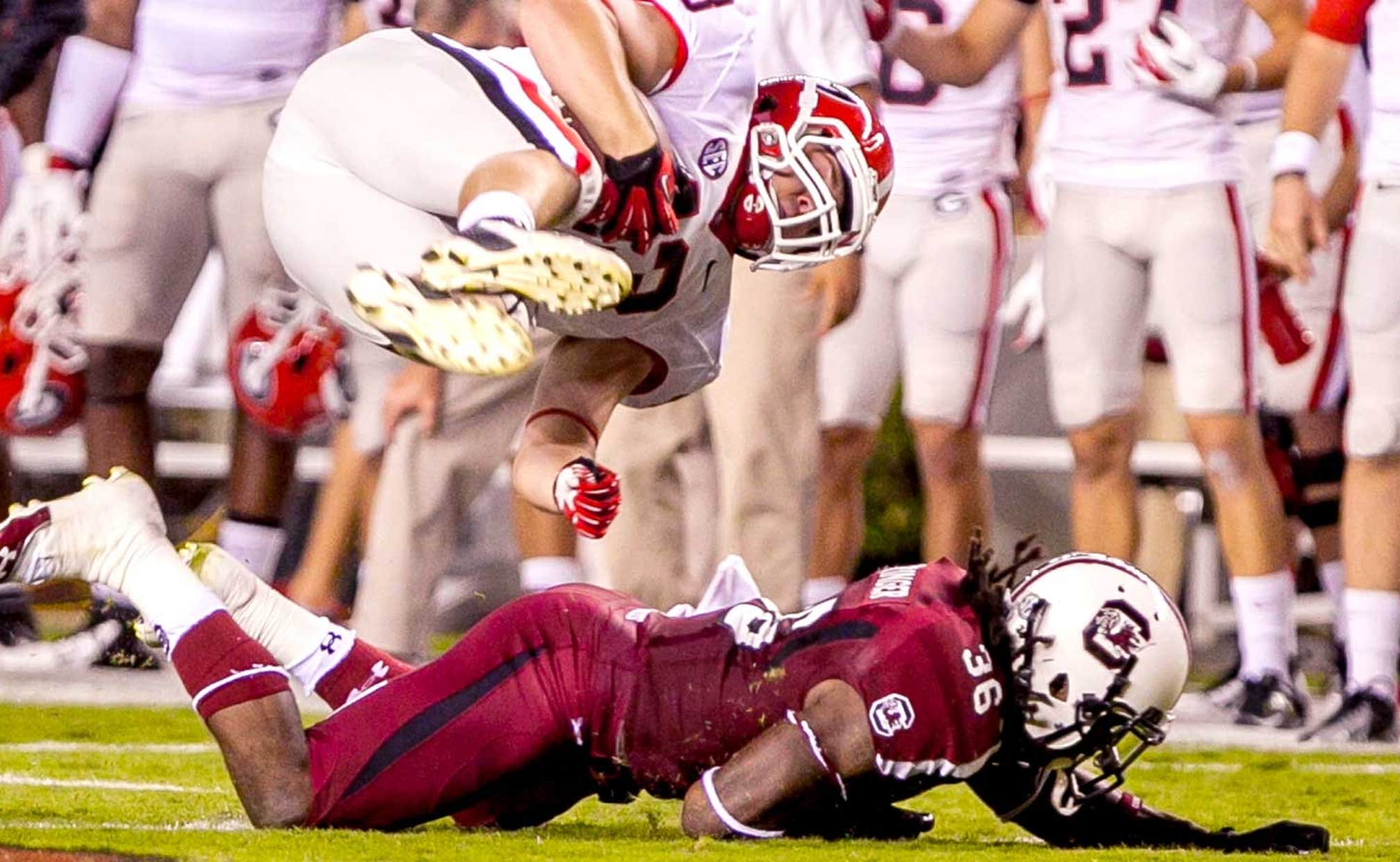 Georgia fullback forced to give up football due to multiple concussions 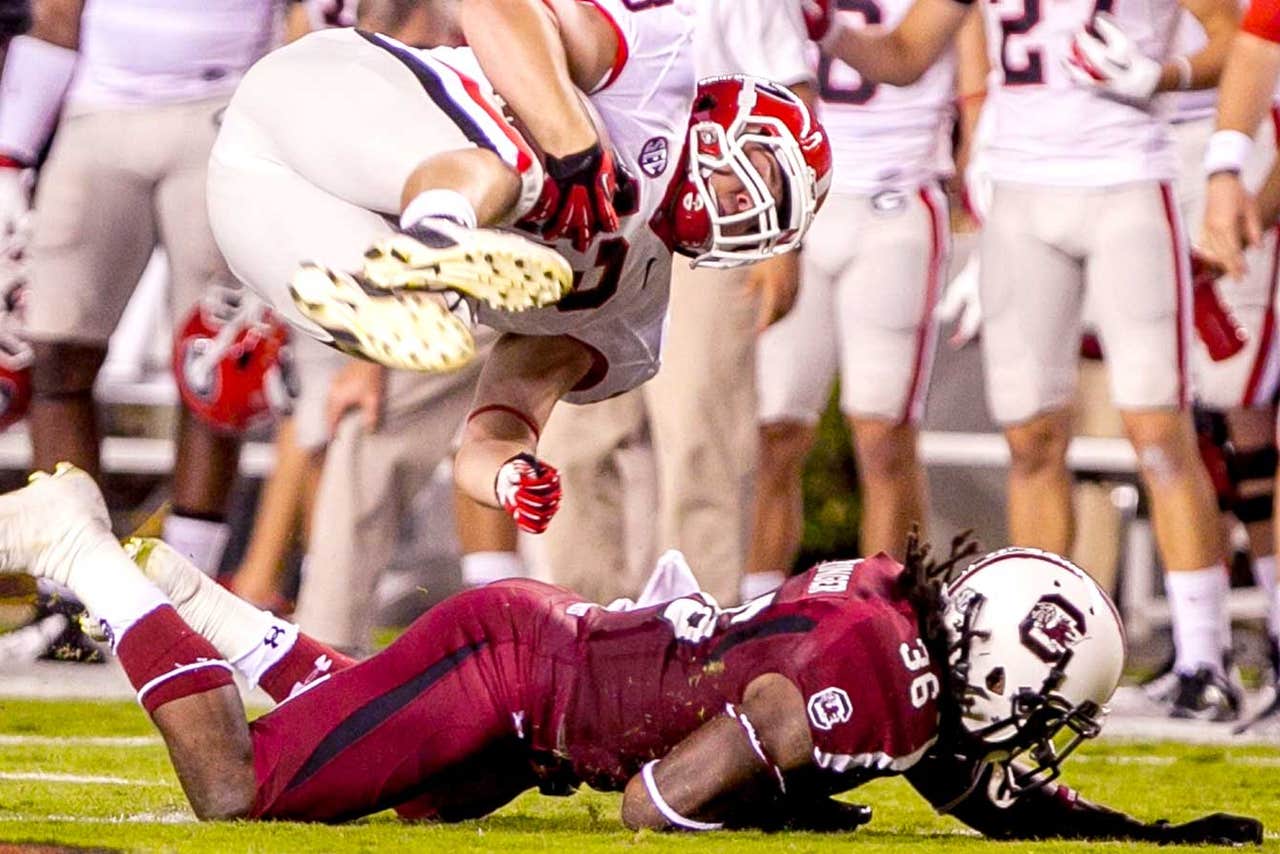 Georgia starting fullback Merritt Hall has been forced to give up football because of recurring concussions.

Georgia announced Thursday Hall, a junior, has been medically disqualified by the school's sports medicine staff.

Hall sustained a concussion last week during practice. According to Georgia, Hall had "multiple concussions" in high school and at Georgia before his latest injury.

Hall played in 25 games, including seven starts, in his first two seasons. Primarily a blocker, he had only three carries for nine yards in the two seasons.