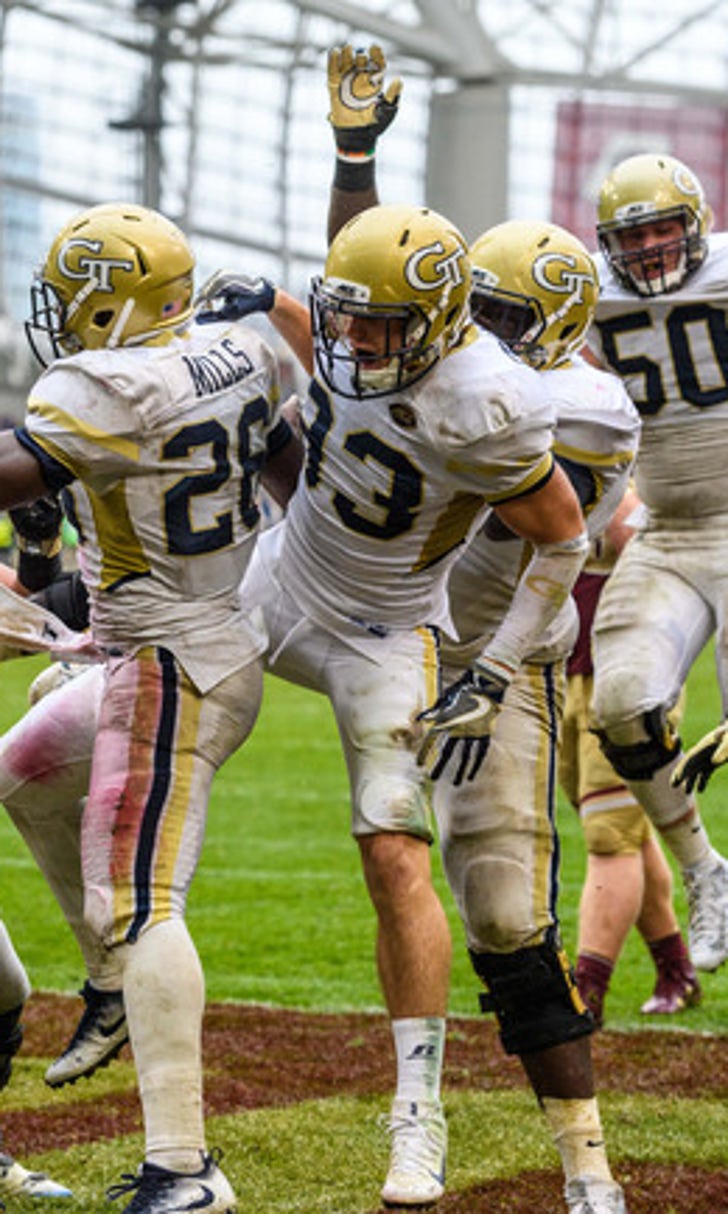 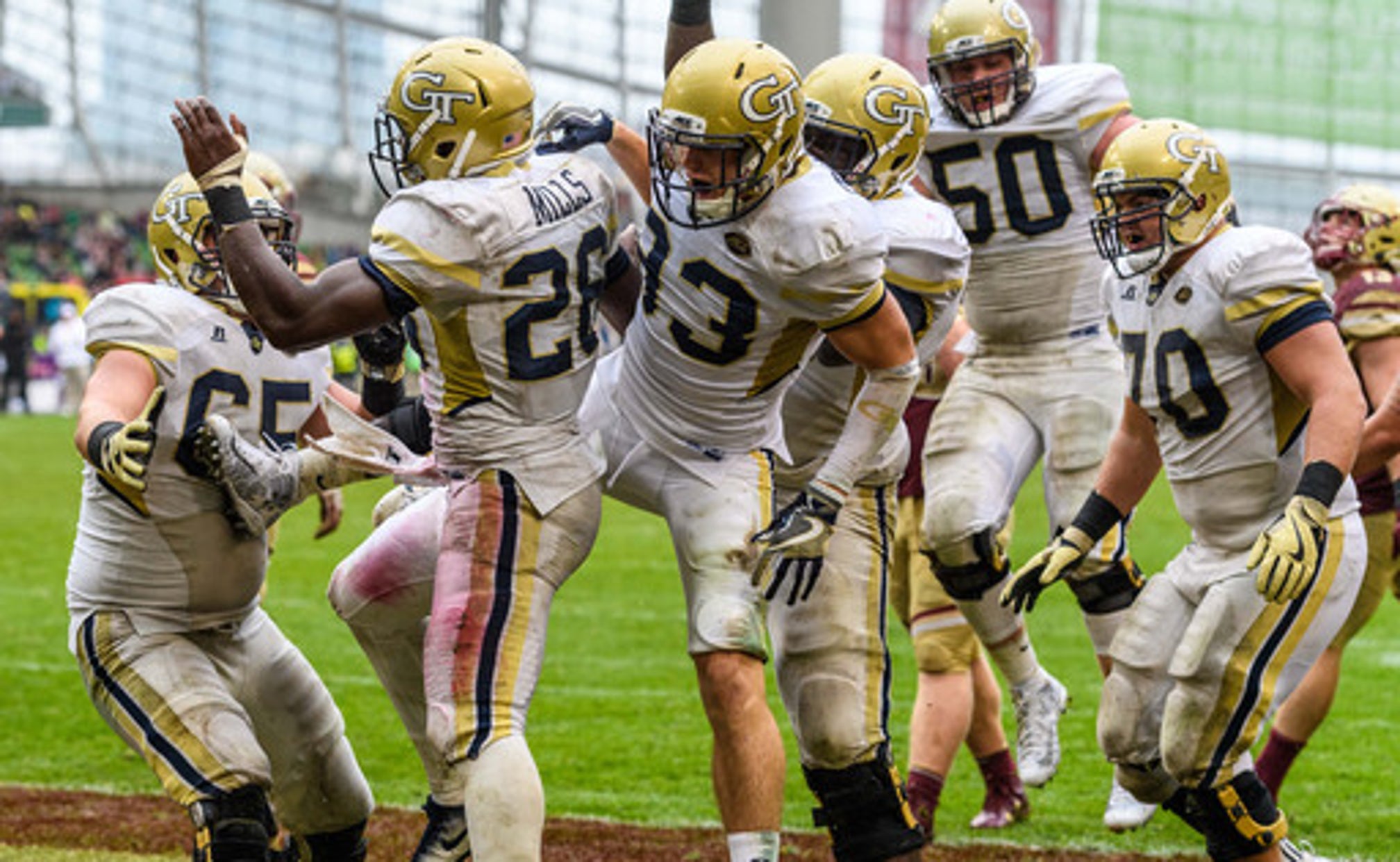 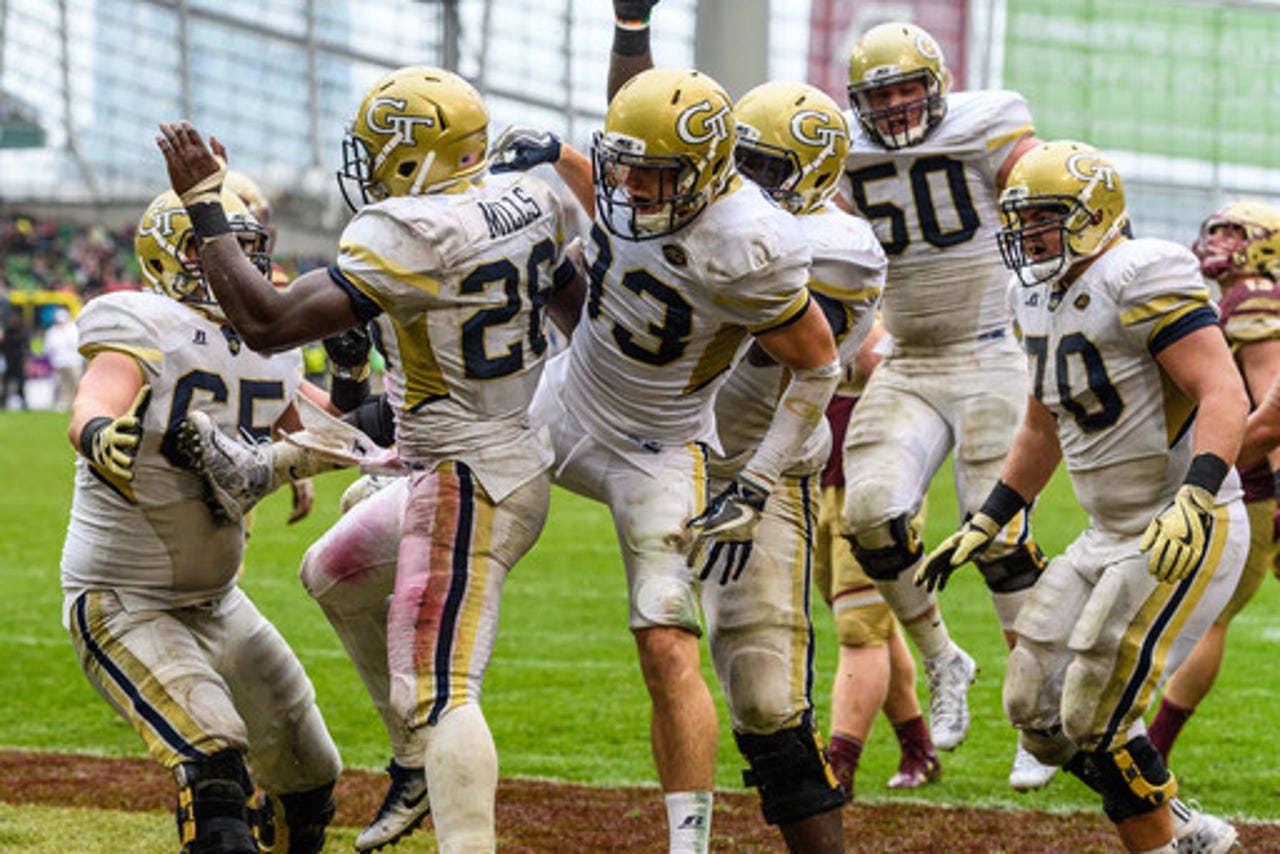 ATLANTA (AP) Even after beginning the season with a last-minute victory in Ireland, Georgia Tech coach Paul Johnson is not happy with his team.

Johnson said Tuesday that plenty of starting jobs are again up for grabs heading into Saturday's home opener against FCS school Mercer. He specifically mentioned A-back, punter and the offensive line.

The Yellow Jackets rallied to beat Boston College 17-14 last Saturday in Dublin, but they hardly looked impressive doing it. The triple-option offense was held to 238 yards and the running game really struggled, managing only 2.7 yards per attempt.

Ryan Rodwell averaged just 37.4 yards on five punts, prompting Johnson to flatly declare ''we have no punter right now.'' He says the competition will be wide open in practice this week, with every punt being charted.