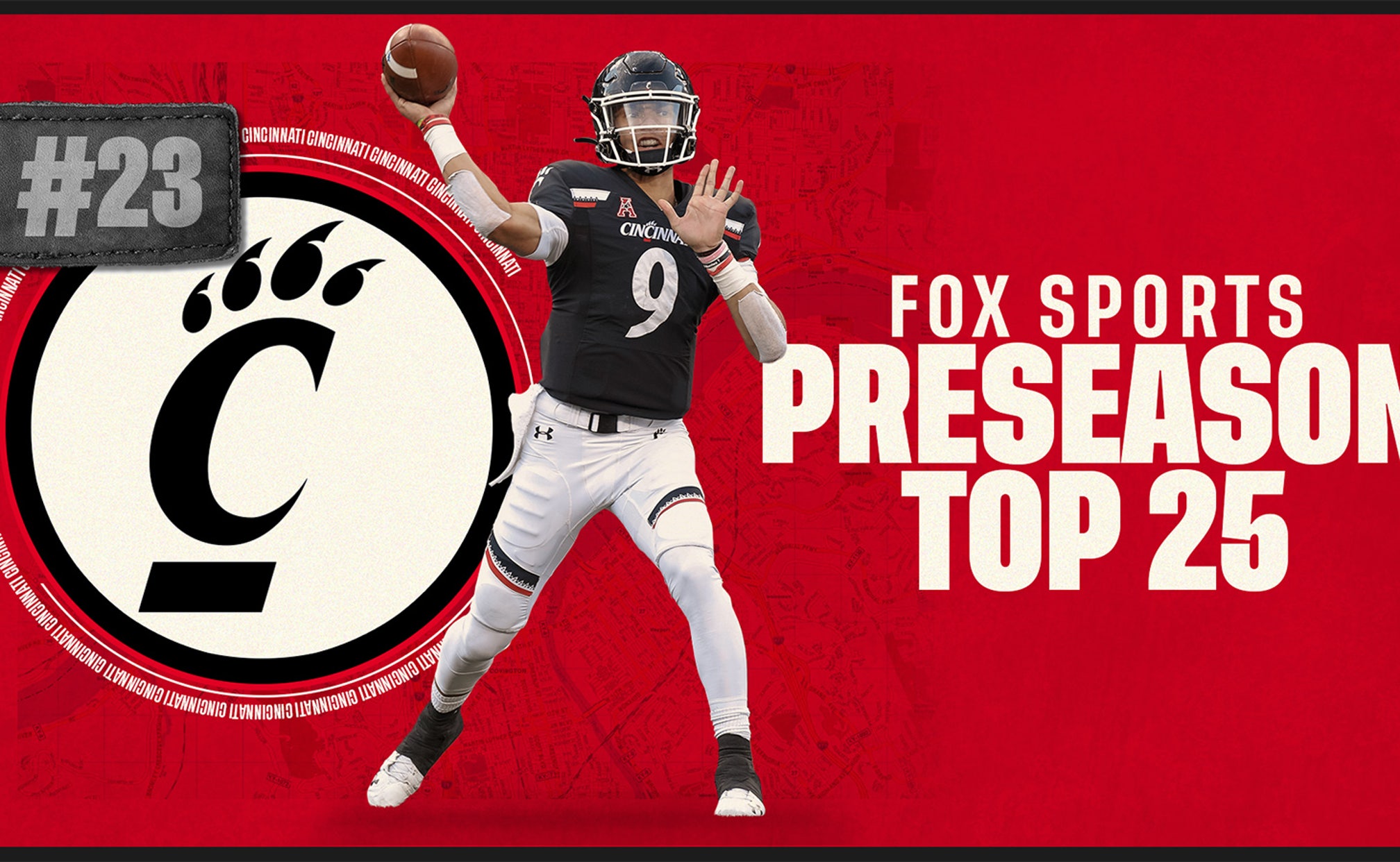 Welcome to the FOX Sports preseason Top 25, where we’re breaking down college football's standout squads for 2020. We polled our roster of FOX College Football talent to get the most comprehensive results and provide a consensus list as of Aug. 3. Join us as we count down from 25 to 1, revealing a new team each day. Nos. 24 and 25 can be found at the end of this writeup, which focuses on …

Coming off of consecutive 11-win seasons, Luke Fickell is looking to take the Cincinnati Bearcats to the next level. Last season, a 42-0 Week 2 humbling at the hands of Ohio State saw the Bearcats bounce back with 9 consecutive wins. But Memphis got the best of Cincinnati in back-to-back weeks to wrest away the American Athletic Conference championship.

Cincinnati then toppled Boston College in the Birmingham Bowl to finish the year 11-3 and ranked No. 21. Can they build off of that?

Tim Brando’s thoughts: “Luke Fickell has something special brewing in the Queen City. Returning 16 of their 22 starters, including 13 of their top 15 tacklers for a stellar D, led by two exceptional safeties and CB Ahmad Gardner. A manageable schedule makes the Bearcats a fly in the ointment nationally.”

Key players incoming/returning: With 18 TDs, 9 INTs and 2164 yards passing (plus 5 TDs and 650 yards rushing), junior Desmond Ridder is the incumbent at quarterback. Senior RB Gerrid Doaks will be leaned upon in the backfield after tallying 5 TDs and 526 yards rushing in 2019, as will wideout Alec Pierce. RB Jerome Ford, a transfer from Alabama, should also play a factor.

Fortunately for Fickell’s squad, a healthy stable of defensive stalwarts return. Led by All-AAC CB Gardner, the secondary also welcomes back senior S James Wiggins from injury alongside another senior S in Darrick Forrest. With Elijah Ponder setting the tone, the defensive line will also be well-stocked.

Key players lost: Offensively, the Bearcats need to replace RB Michael Warren II’s 16 TDs and 1418 yards from scrimmage out of the backfield. They also will be without the services of All-AAC TE Josiah Deguara, whom the Green Bay Packers took in the third round of the 2020 NFL Draft.

With LBs Perry Young and Bryan Wright gone, the Bearcats lose two starting All-AAC linebackers. Aside from that, Cincinnati’s defense will miss a few depth players. A new kicker will be needed on special teams following Sam Crosa’s departure.

On Oct. 4, Cincinnati’s defense made itself known against the high-powered Knights, highlighted by a pick-six from Gardner. The victory gave the Bearcats control of their own destiny in the AAC East and vaulted the team to No. 25.

Get more from Cincinnati Bearcats Add to your favorites to get information about games, news and more.
in this topic