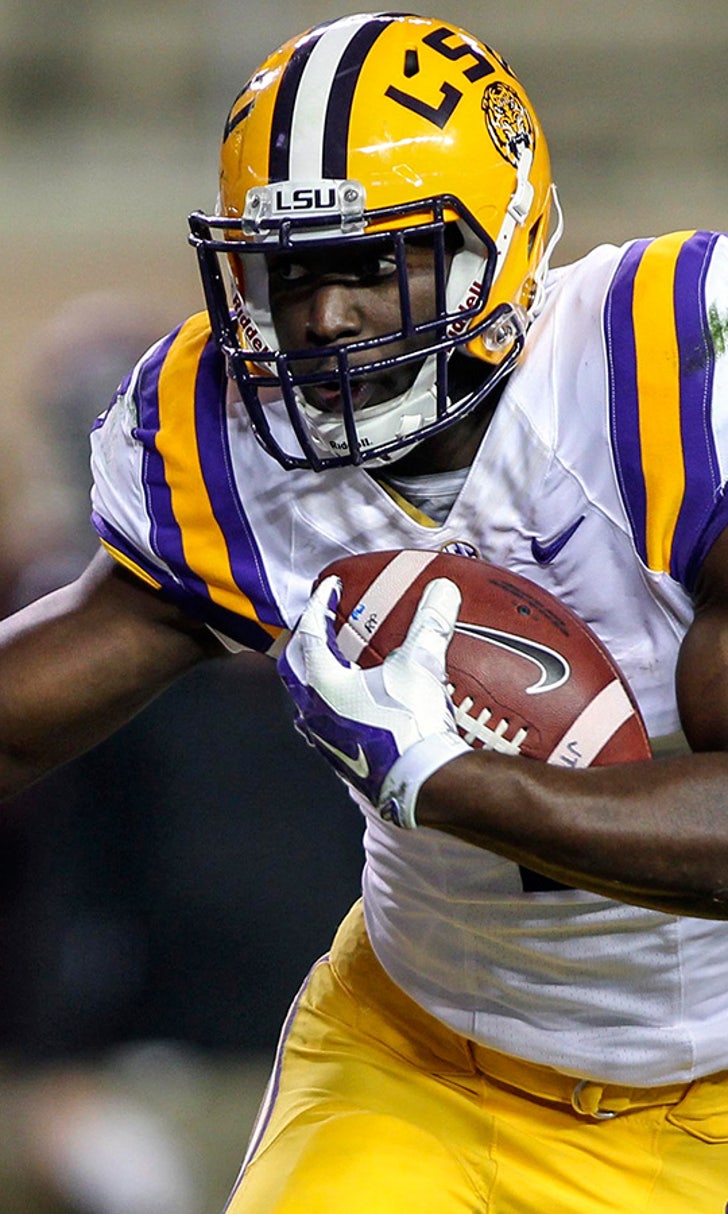 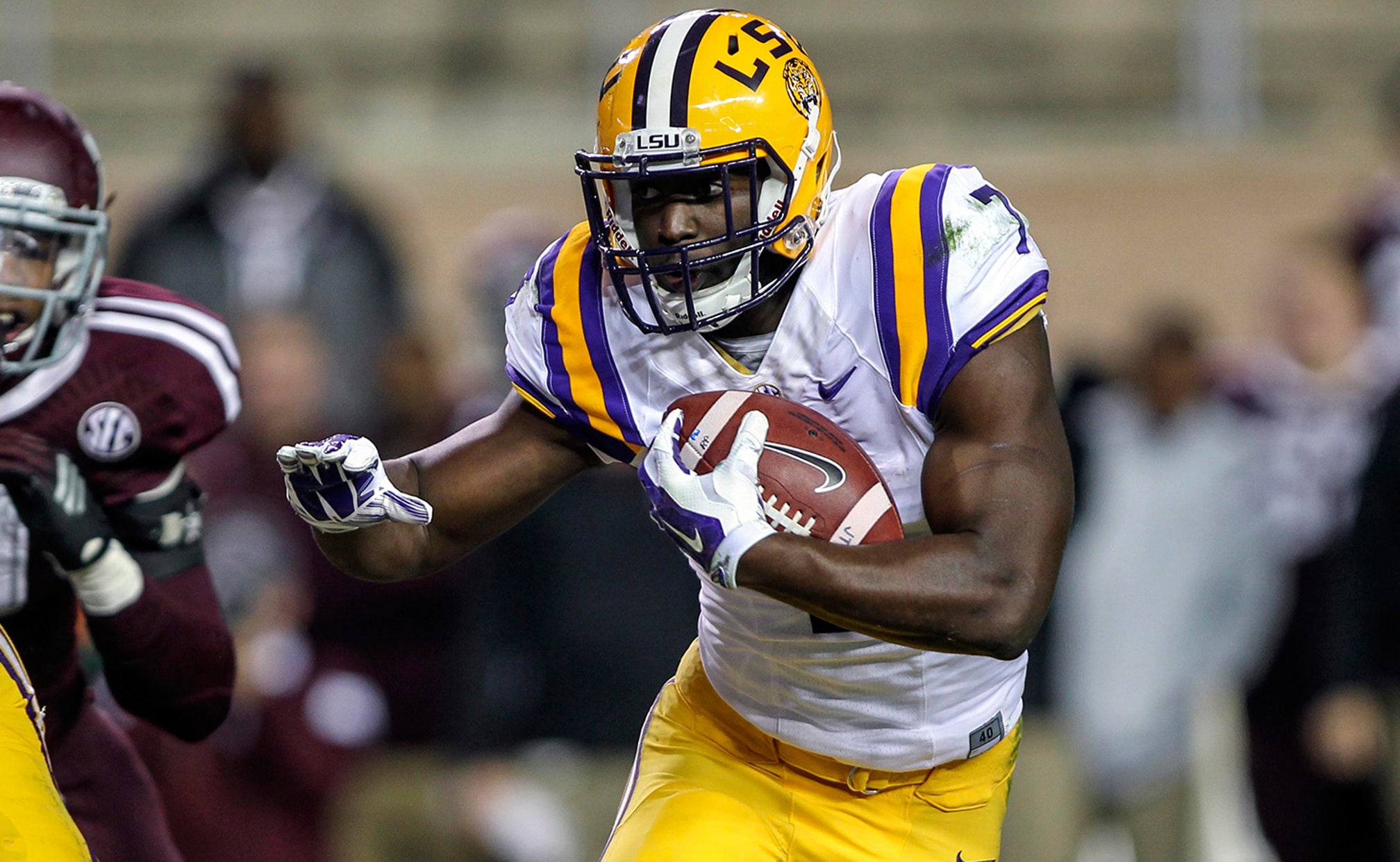 Fournette could shatter many statistical records 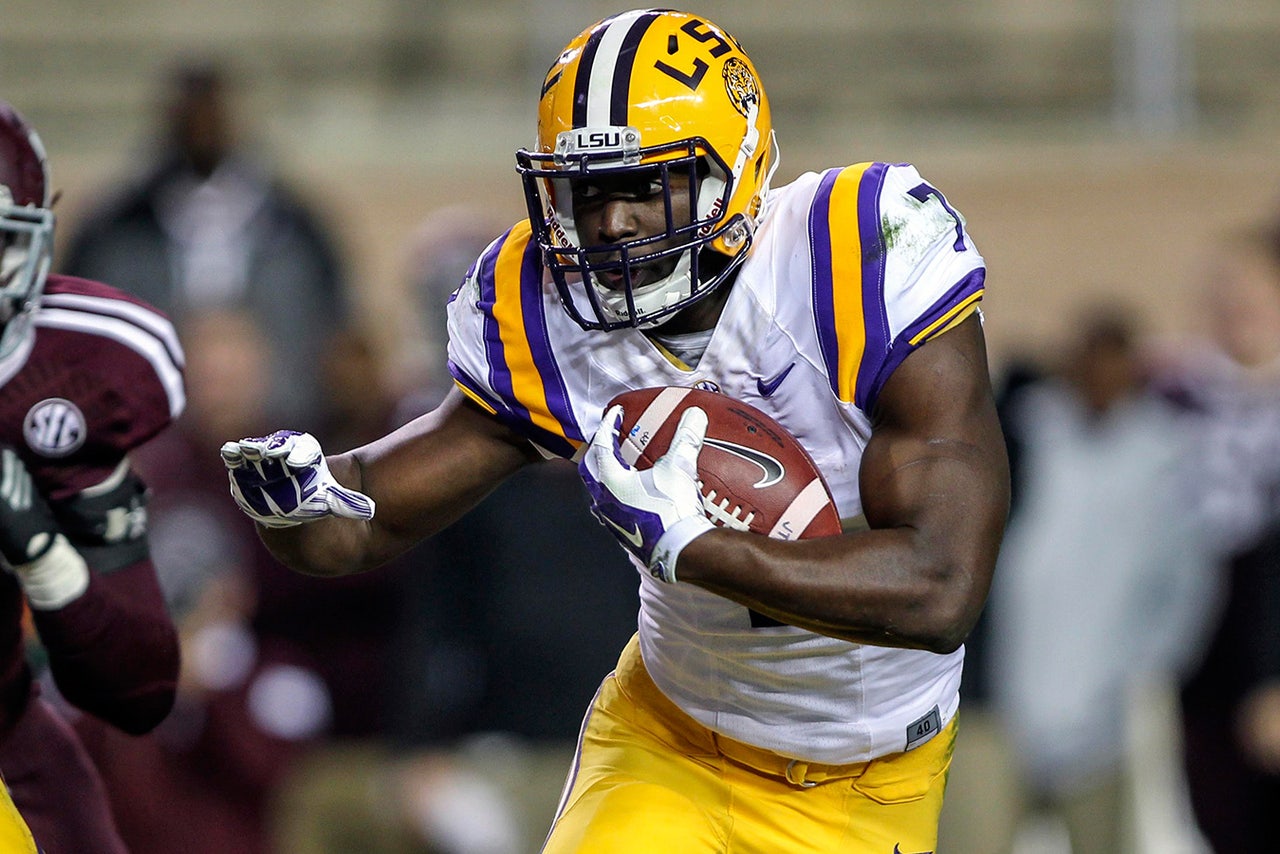 Leonard Fournette is having as good a three-game span as anyone has ever had from the running back position.

Fournette today also became the fastest player in #LSU history to reach 500 rushing yards through three games. He has 631.

The New Orleans native has already rushed for 631 yards and eight touchdowns. Fournette became the fastest LSU player to reach the 500-yard rushing plateau through the first three games of the season. He's running to the tune of an eye-popping 8.6 yards-per-carry average. Remember, this feat was accomplished against two SEC teams and an ACC team. Had Fournette played versus McNeese State in the opener, there's no telling how many rushing yards he could've piled up.

Historically, Fournette is on track to have an unbelievable season. He's currently averaging 210 yards per game. If this average stays consistent throughout the duration of the 2015 season, Fournette will have rushed for 2,524 yards and 32 touchdowns. Both would break SEC records held by Herschel Walker and Tim Tebow, respectively. The yards-per-carry average would also best the mark held by Georgia running back Nick Chubb.

As fate would have it, Fournette's magical season will continue this weekend versus Eastern Michigan. The Eagles are dead-last nationally in rushing yards allowed, giving up a whopping 373 yards per game.

For the third straight week Leonard @_fournette is the SEC Offensive Player of the Week http://t.co/tmwlX8YmPr pic.twitter.com/yqQ3y1cfvP

Even if Fournette only plays the first three quarters in this contest, there's a real chance he'll break his career-high (set last week) of 244 rushing yards. Should he eclipse the 250-yard mark, he'd break an LSU record for most rushing yards in a single game.

The SEC Returns: What You Need To Know
Who's favored to win the SEC? Who's ranked? When will the grudge matches go down? We've got the answers ahead of Saturday.
5 days ago

A Fresh Start In The SEC
Two of college football's powerhouses named new starters on Monday, and Matt Leinart sees big things for both.
September 21

Joel Klatt's College Football Top 10
Who rules college football headed into Week 1? And can Clemson continue its impressive run of dominance?
September 9
those were the latest stories
Want to see more?
View All Stories
Fox Sports™ and © 2020 Fox Media LLC and Fox Sports Interactive Media, LLC. All rights reserved. Use of this website (including any and all parts and components) constitutes your acceptance of these Terms of Use and Updated Privacy Policy. Advertising Choices. Do Not Sell my Personal Info