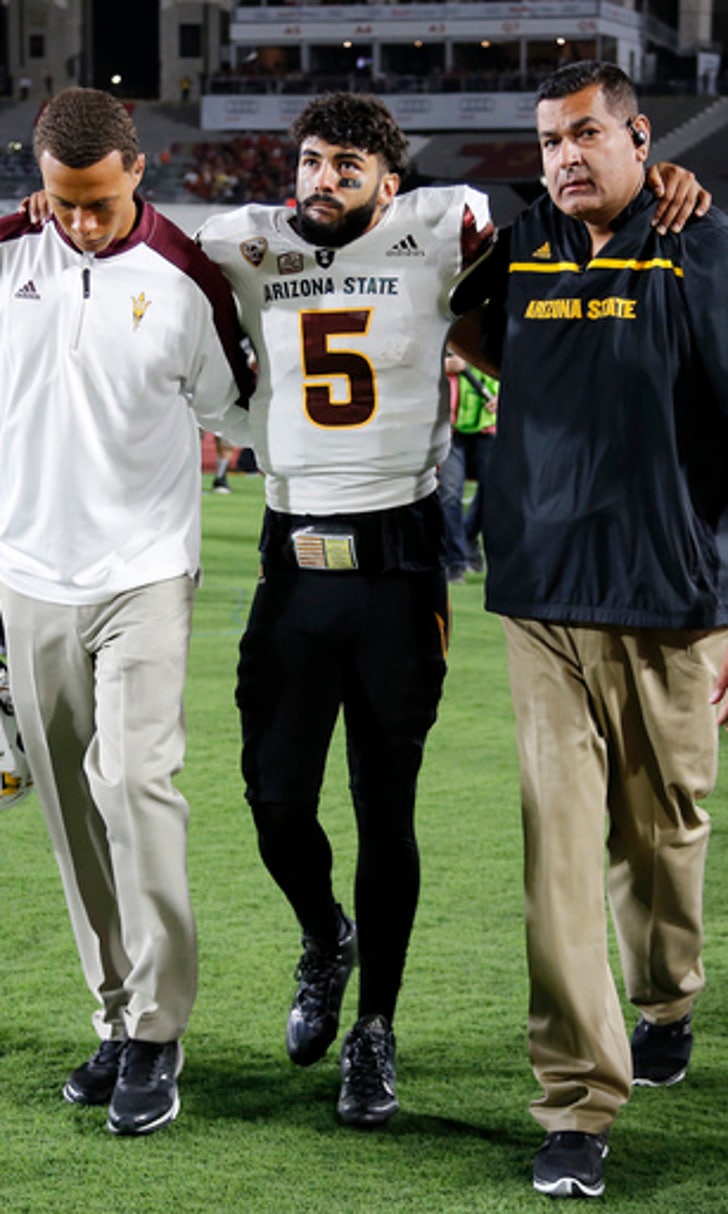 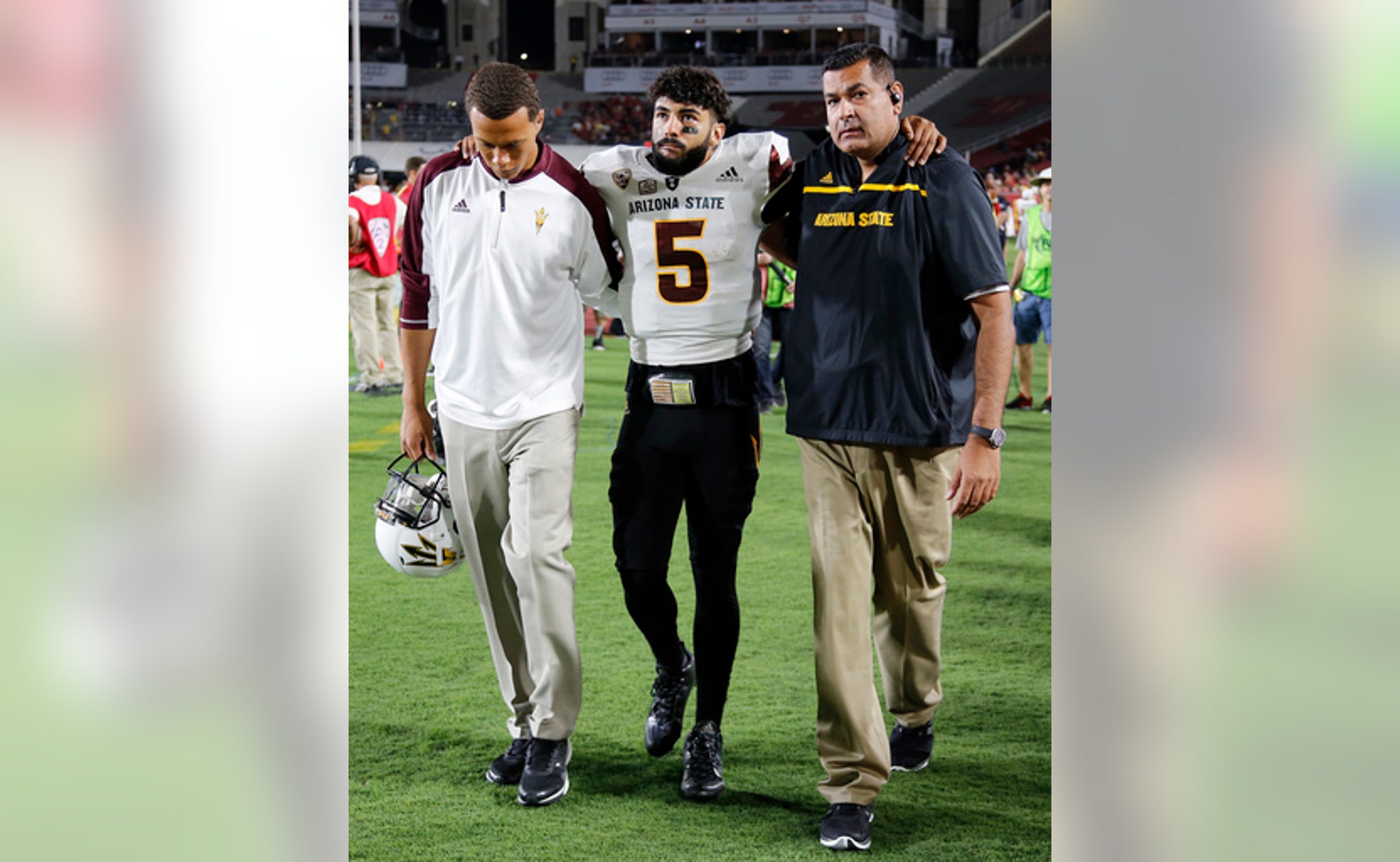 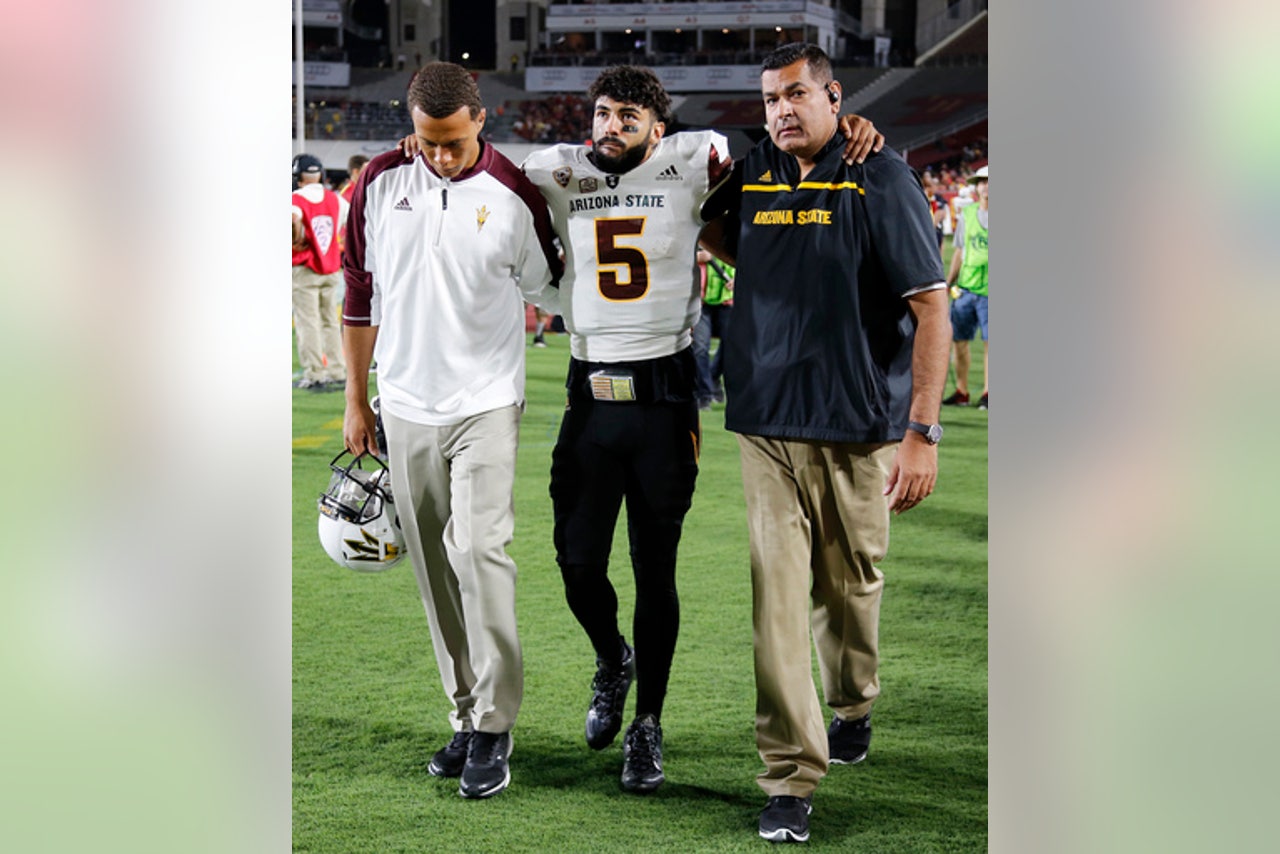 LOS ANGELES (AP) Sam Darnold passed for 352 yards and three touchdowns in his first home start, and Southern California emerged from its rough September with a 41-20 victory over Arizona State on Saturday night.

JuJu Smith-Schuster caught seven passes for 123 yards and a career-high tying three TDs for the Trojans (2-3, 1-2 Pac-12), who emphatically avoided their first 0-3 start to conference play since 2001 with a blowout of the previously unbeaten Sun Devils (4-1, 1-1).

USC racked up 34 consecutive points to take a 41-6 lead during the middle two quarters, and Smith-Schuster scored on catches of 5, 3 and 67 yards. Justin Davis had a 37-yard TD run among his 123 yards rushing for the Trojans.

Arizona State lost starting quarterback Manny Wilkins shortly before halftime when he was hurt while getting sacked by Rasheem Green. After averaging 48.8 points in their first four games, the Sun Devils didn't reach the end zone against USC's inspired defense until Brady White threw a 13-yard TD pass to Raymond Epps with 8:37 to play.

Darnold was confident and exciting in front of the Trojans' home fans, rushing for a 3-yard score while going 23 for 33 with no interceptions. The freshman replaced Max Browne as USC's starter last week at Utah.

Arizona State: The Sun Devils came crashing back to reality with this embarrassment, and Wilkins' long-term health could be an even bigger problem. They struggled to move the ball with either quarterback, and the defense was thoroughly overmatched - not for the first time this season, either. Arizona State has work to do.

USC: Just in time, the Trojans put together a comprehensively strong performance against a quality opponent. Their talent repeatedly shone through, and Darnold injected confidence and fun into a sometimes tentative team. USC still must scrap to get back in the Pac-12 race while keeping Helton's job safe, but the Trojans are in position make a run with three of their next four games at home.

Arizona State: The Sun Devils return to Tempe to host UCLA. They beat the Bruins in Pasadena last year.

USC: The Trojans stay home to face surprising Colorado, which jumped to 4-1 with a blowout win over Oregon State. The Buffaloes are 2-0 in Pac-12 play after losing 40 of their first 45 league games.