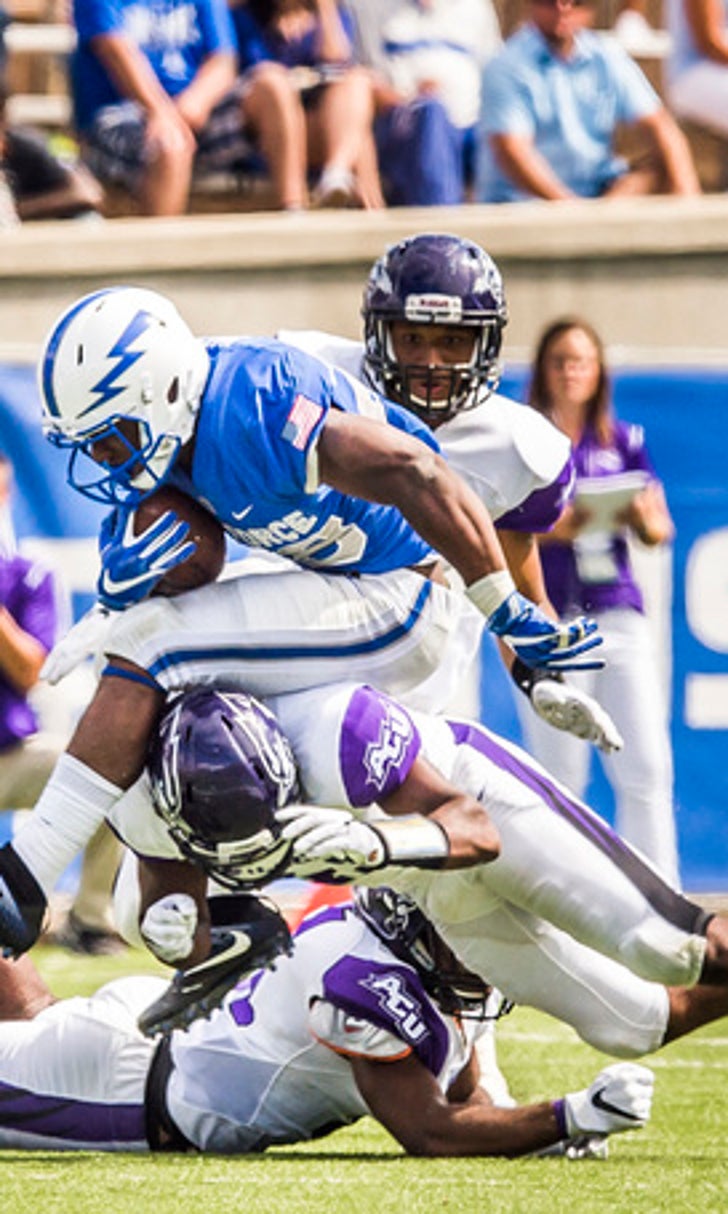 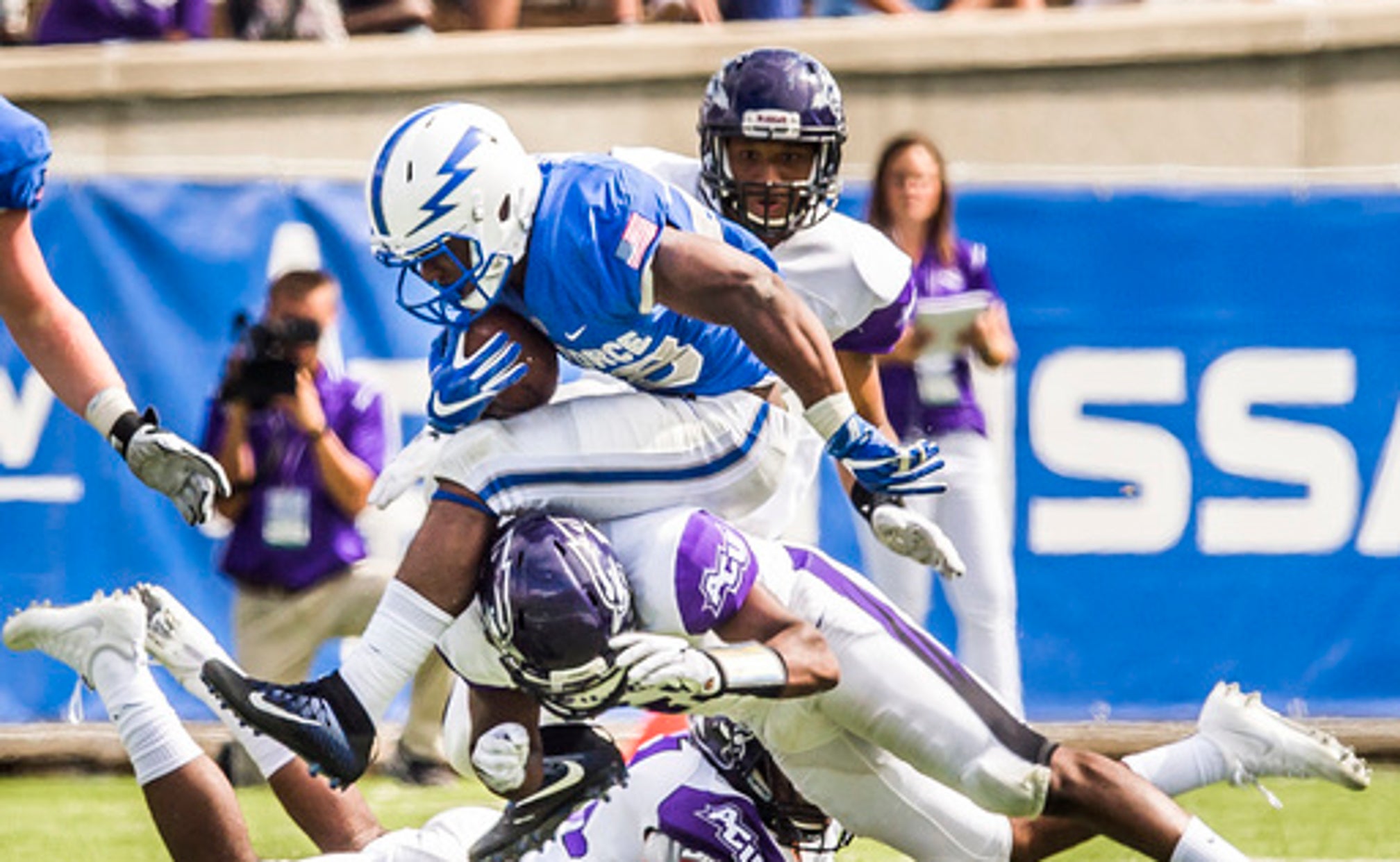 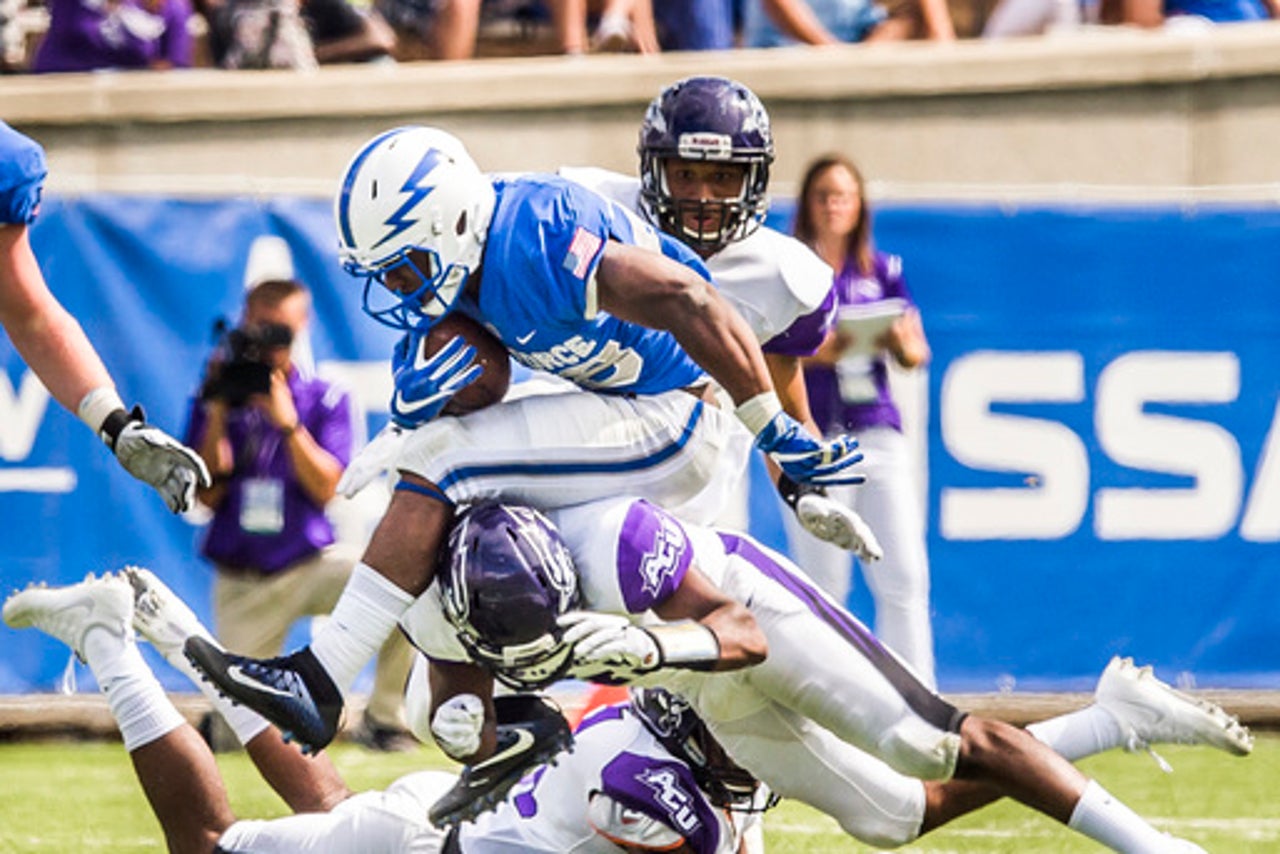 Cleveland plays a hybrid position in the Air Force's triple-option offense. His 33-yard TD run in the second quarter began a spurt of 21 straight points to help the Falcons (1-0) pull away from pesky Abilene Christian (0-1). The sophomore entered the game with one career carry.

Quarterback Nate Romine guided the offense in his return from a knee injury that sidelined him most of last season. He finished with two TD passes as Air Force improved to 21-0 all-time against Football Championship Subdivision teams.

Abilene Christian kept it close for most of the game thanks to a defense that recovered two early fumbles. Dallas Sealey threw three TD passes, including a 76-yard strike to Tracy James with 4:14 remaining that made it 37-21.

Air Force hasn't lost at Falcon Stadium since Nov. 21, 2013, against UNLV. It's the longest home winning streak in team history.

This was a difficult day for the Falcon family as they honored former quarterback Dee Dowis by wearing helmet decals that featured his initials and No. 6. The school also stenciled ''DD'' on the 6-yard-line at both ends of the field and held a moment of silence.

Dowis died Monday morning in a car accident outside Atlanta. He was 48.

A technician at running the option offense, Dowis graduated as the academy's career leading rusher.

Abilene Christian: Dropped to 11-34 all-time against FBS teams, but proved they could hang with the bigger schools. It could've been even closer, but James tripped over the turf after breaking into the clear in the second quarter and Brendan Conn missed a 35-yard field goal late in the third.

Air Force: A ho-hum performance. The Falcons improve to 10-0 in season openers under coach Troy Calhoun.