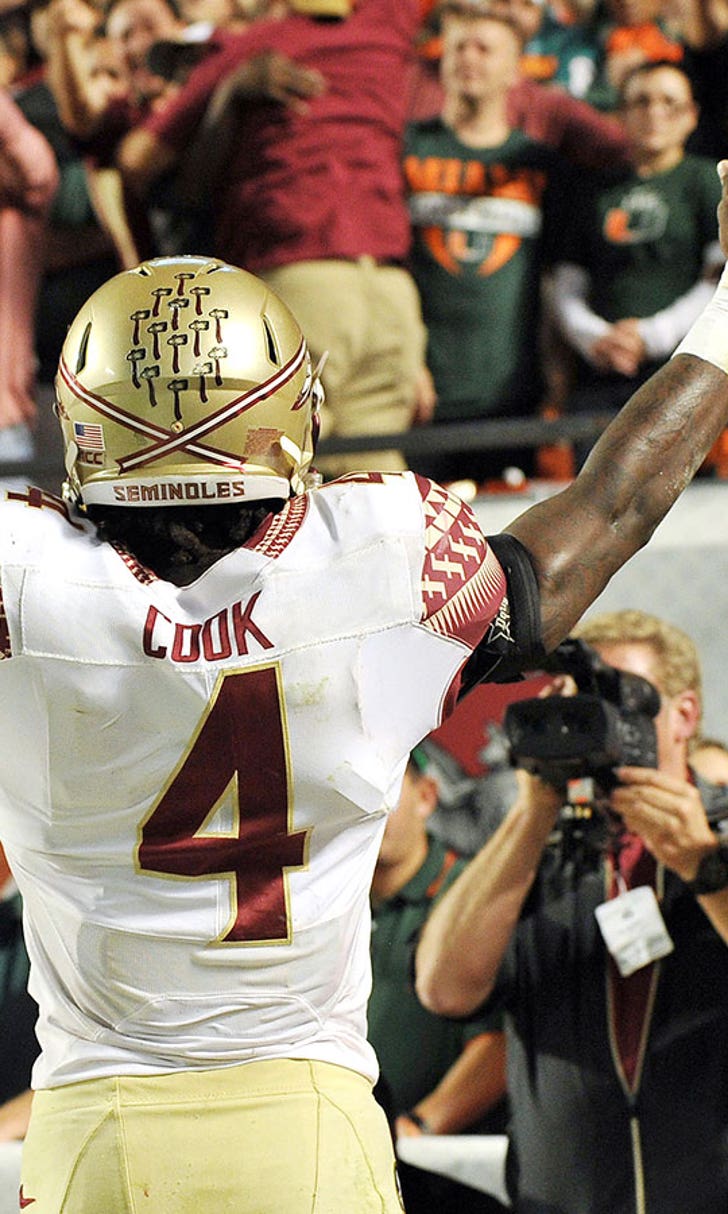 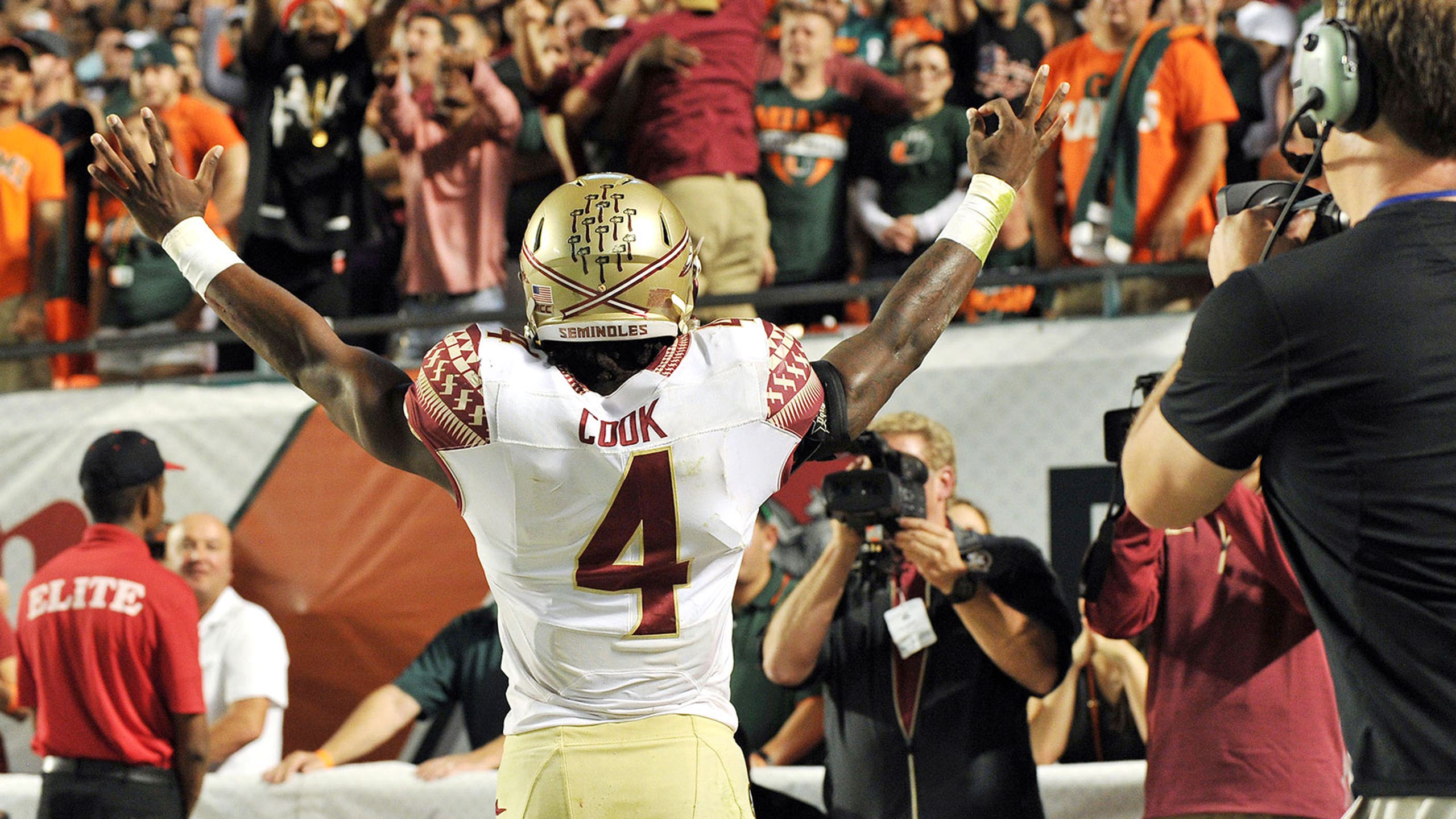 Clemson's Swinney on FSU RB Cook: 'I ain't seen a guy like him in a long time' 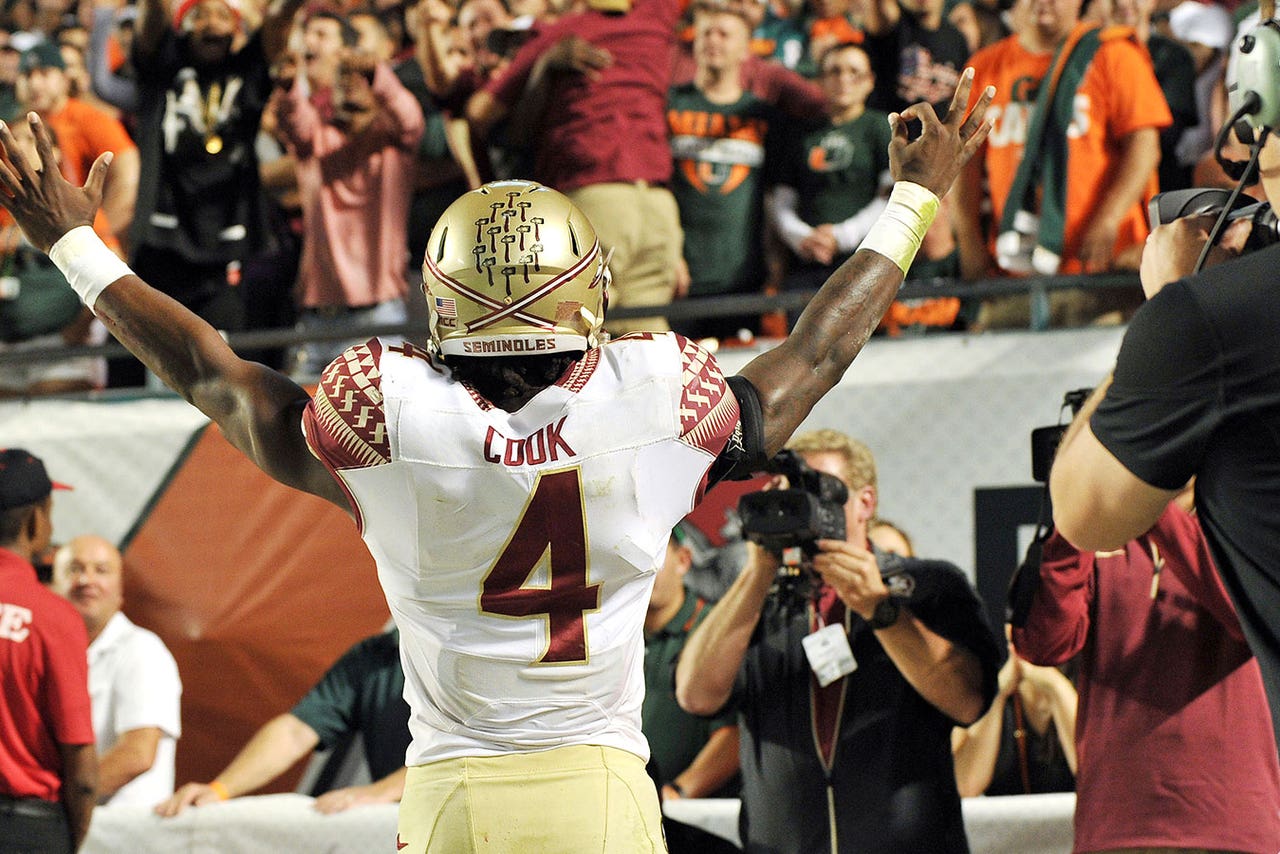 With its No. 1 ranking in the first College Football Playoff rankings, Clemson has become the toast of college football. However, Tigers coach Dabo Swinney knows his team can become burnt toast rather quickly if it loses sight of Dalvin Cook this weekend.

When asked what stood out to him when watching film of Florida State, Swinney didn’t hesitate to point out Seminoles star running back Dalvin Cook.

“Running back. We ain't seen one like Dalvin Cook,” Swinney said. “This guy’s averaging 8.2 yards per carry and 140-something yards a game. He leads our league in all-purpose yards (174 ypg). That just tells you the dynamic play-making ability he has.”

“They get him the ball in the passing game,” Swinney said. “He’s a big time threat in the passing game. They screen to the backs as good as anyone you play. And oh by the way, they have other great skill around him with their receivers and tight ends.

“Dalvin Cook, I ain’t seen a guy like him in a long time. He is a really special player.”