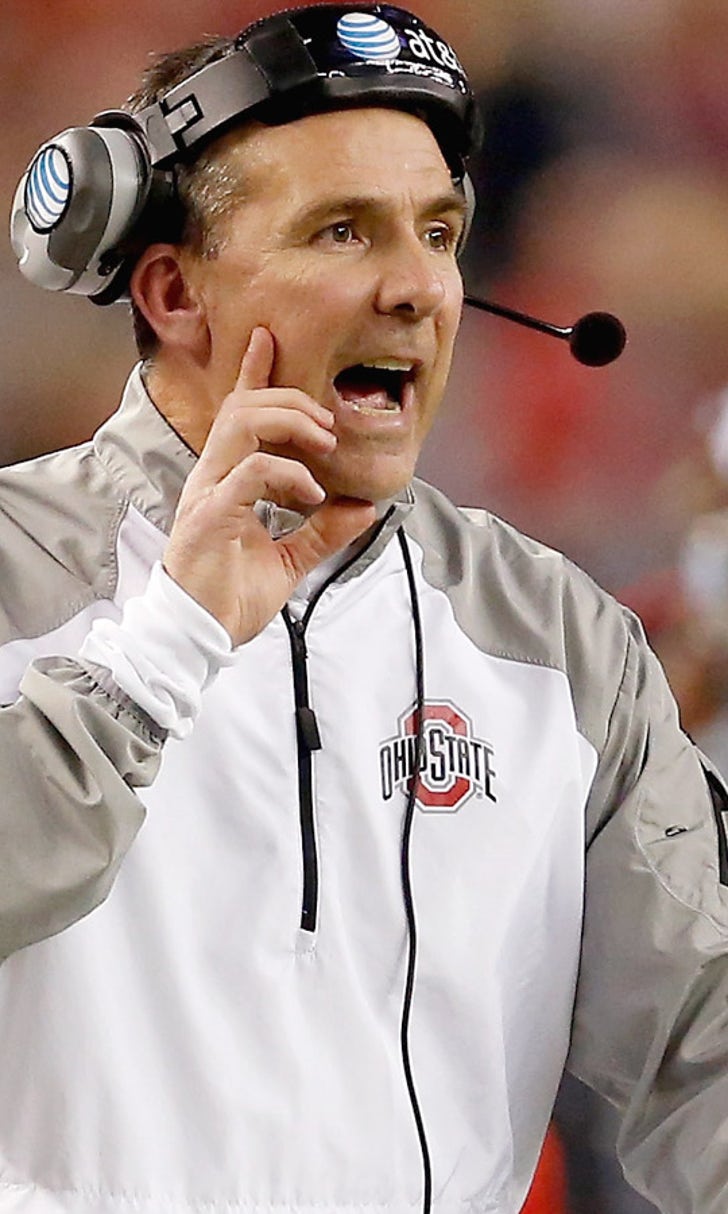 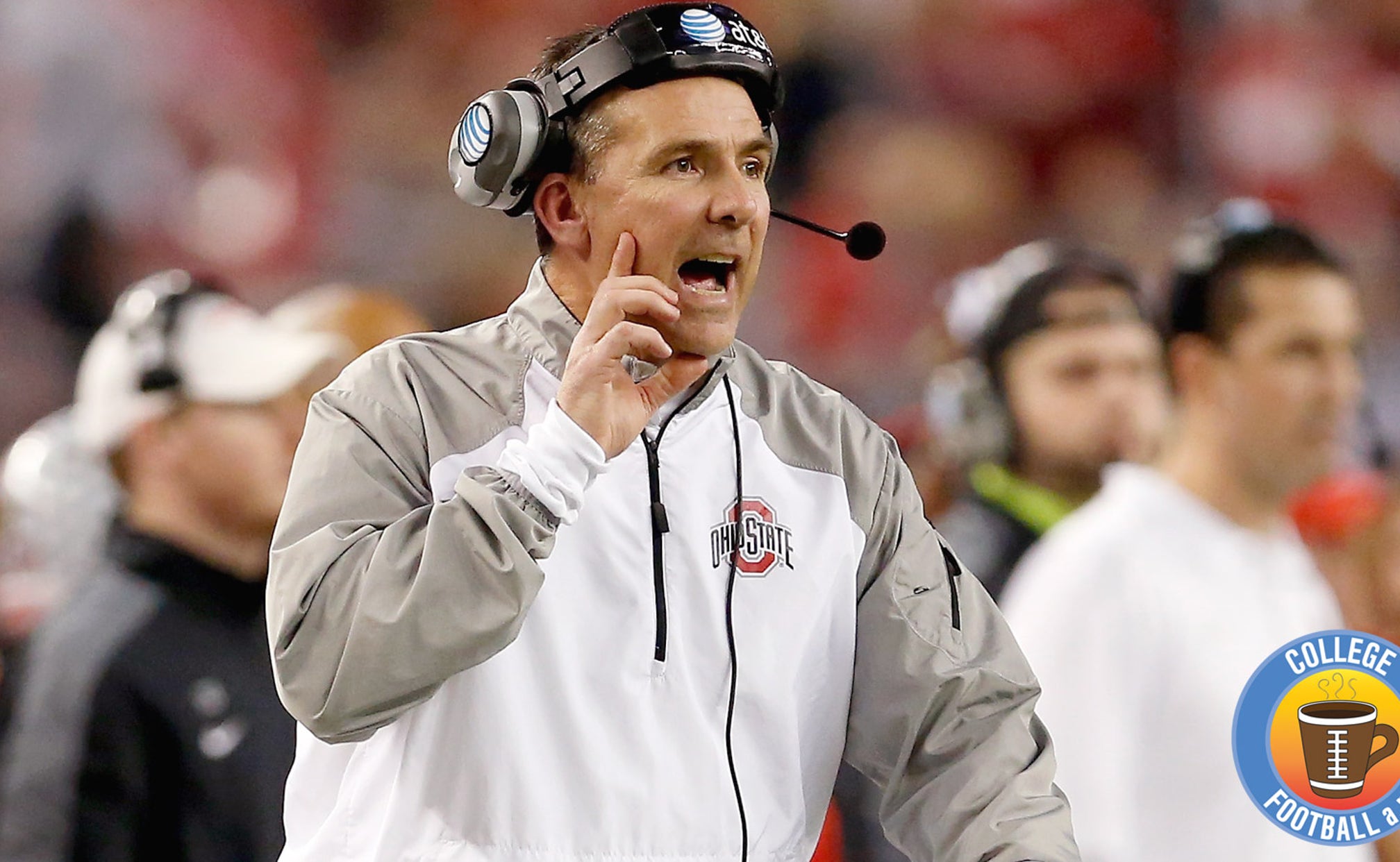 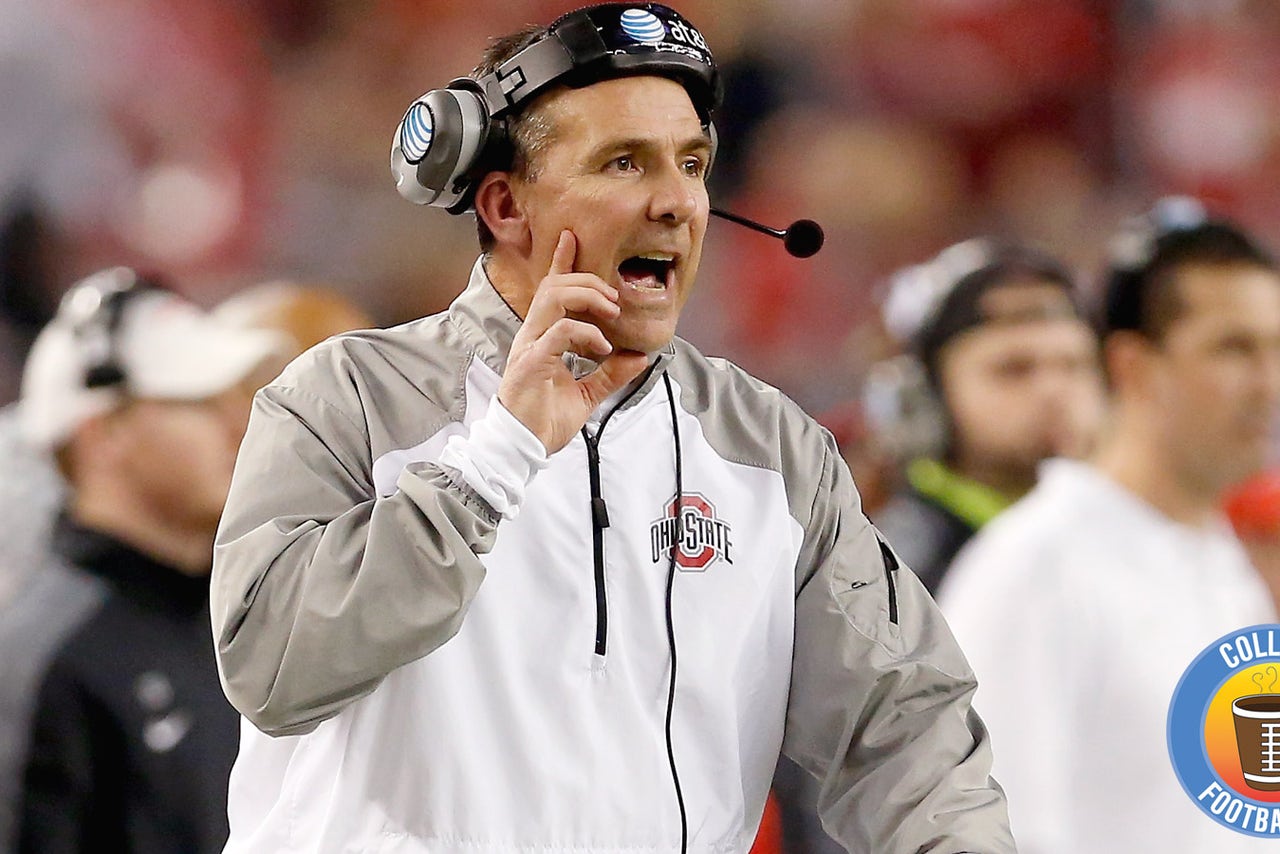 Ohio State coach Urban Meyer has taken some heat in the past regarding a perceived lack of caution with troubled players at Florida, his last coaching job, particularly former Gator Aaron Hernandez.

All of that was recycled somewhat this week when Hernandez was found guilty of first-degree murder and sentenced to life in prison without parole.

On Thursday, Meyer was asked to respond to the Hernandez verdict and had little to say but offered this:

"My immediate thoughts go to the families involved and just -- it was a sad day," Meyer said.

As Bob Hunter of the Columbus Dispatch points out, two years ago after Hernandez was arrested in the murder case, Meyer was asked if he felt confident he and his staff at Florida handled Hernandez properly and did everything they could do to try to straighten the kid out.

"Absolutely," Meyer said then. "When one of our (assistant) coaches started recruiting him up in Connecticut, it was right after his father had died suddenly. There was a lot of emotional trauma with that. Years ago, that would weigh forever on my chest, 'What could we do? What could we do?'

"Then I'd talk with other coaches and, in essence, the conversation was you do the best you can. But at the end of the day, there is free will. You can't change people. You can set the table and try to help them, make sure there is a spiritual component in their life, make sure there is a family atmosphere. And that's what we try to do. It's what we've tried to do everywhere."

Meanwhile, one overlooked person in this Hernandez mess is his brother, D.J. Hernandez, who is a graduate assistant on Iowa's staff.

"All you can do is lend support," Iowa coach Kirk Ferentz told reporters. "It's a very tough thing for D.J. to go through. D.J.'s a tremendous young man, had a great career at the University of Connecticut and was a very unselfish player there, a two-time captain, a very good student. There's just a lot of things that happen in life that are very tough to explain -- and I'm not sure anybody can explain this one."

1. Jameis Winston will be back in court. Winston's accuser has filed a civil lawsuit against the former Florida State quarterback after no criminal charges for sexual assault were filed against him, and a Florida State investigation last winter determined that he did not break the school's code-of-conduct policy. As we've said in the past, it's going to be a while before Winston is fully freed from the ramifications of whatever decisions he made on that night in December 2012. The NFL Draft is a couple weeks out, where Winston could go as high as No. 1 overall, and this civil suit will likely continue into his rookie season in the NFL unless a settlement is reached to end it.

Said Winston's attorney, David Cornwell, in a statement: "This stunt was expected. Ms. Kinsman's false accusations have already been exposed and rejected six times. This time will be no different. Mr. Winston welcomes the opportunity to clear his name with the truth. Mr. Winston is looking forward to the upcoming draft. He will not permit this ploy to distract him as he begins the journey of fulfilling his lifelong dream of being a championship quarterback in the National Football League."

John Clune, one of the accuser's attorneys, said in a statement that Winston is "an entitle athlete that believes he can take what he wants ... He took something here that he was not entitled to and he hurt someone. There are consequences for that behavior, and since others have refused to hold him accountable, our client will."

2. Bob Stoops is putting himself on the line. My colleague Stewart Mandel recently stopped in on the Sooners in Norman and spoke with head coach Bob Stoops about the 8-5 disappointment last season, all the staff changes he made this offseason and how OU really needs to live up to expectations in 2015. Stoops believes the Sooners have made progress on defense, and the offense should get a lift by new OC Lincoln Riley coming in and returning OU to the Air Raid system, a more up-tempo and explosive style of offense. Stew also spoke with some of the team's leaders about the SAE fraternity video that rocked campus earlier this year and their efforts to try to encourage real progress at their university.

Also: Bruce Feldman caught up with Major Applewhite, the former Texas OC who found himself in a controversy and is now trying to rebuild his career at Houston.

3. There is no offseason for rivalries. Michigan State fans were lucky enough to wake up the other morning and see their Spartan statue defaced by some Michigan supporters, with a block M painted on the chest:

Be careful, Michigan ... this is coming back around.

Oh, and while we're here, you know that streak of 100,000 fans at Michigan home games the Wolverines like to brag about? It's currently at 258, but last season the school had to give out almost 63,000 FREE tickets to keep the streak alive. You're welcome, Spartans.

Have a great weekend, everybody.