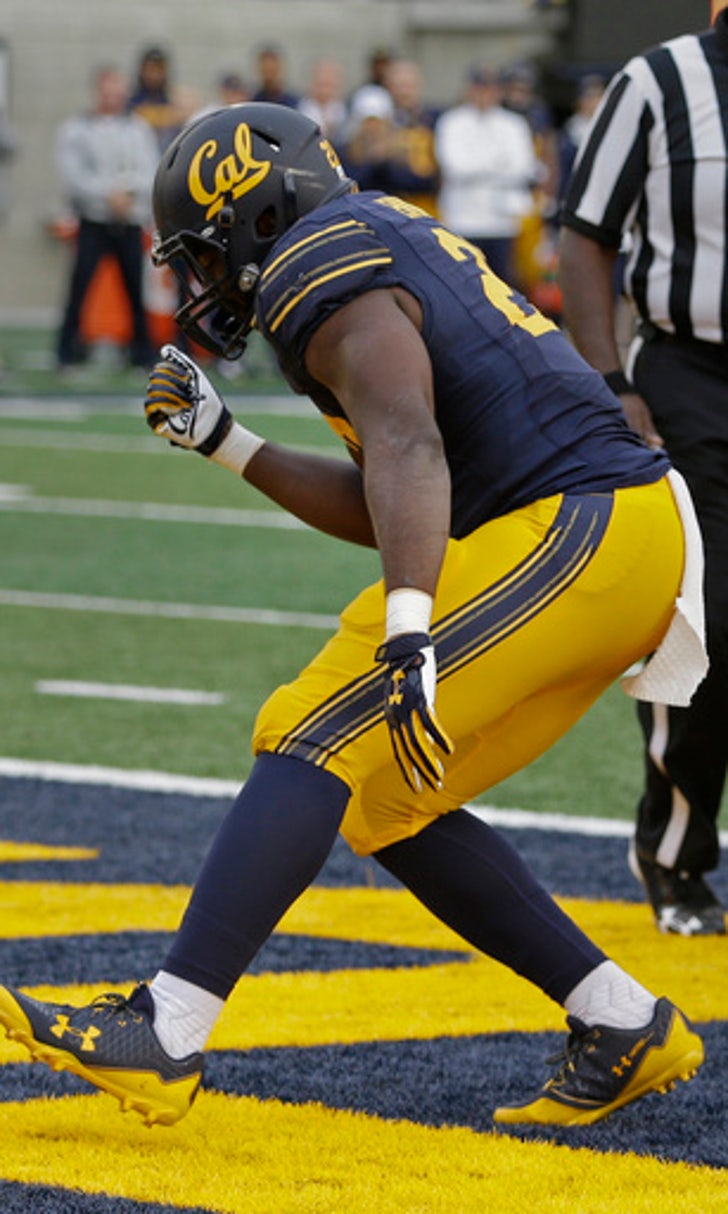 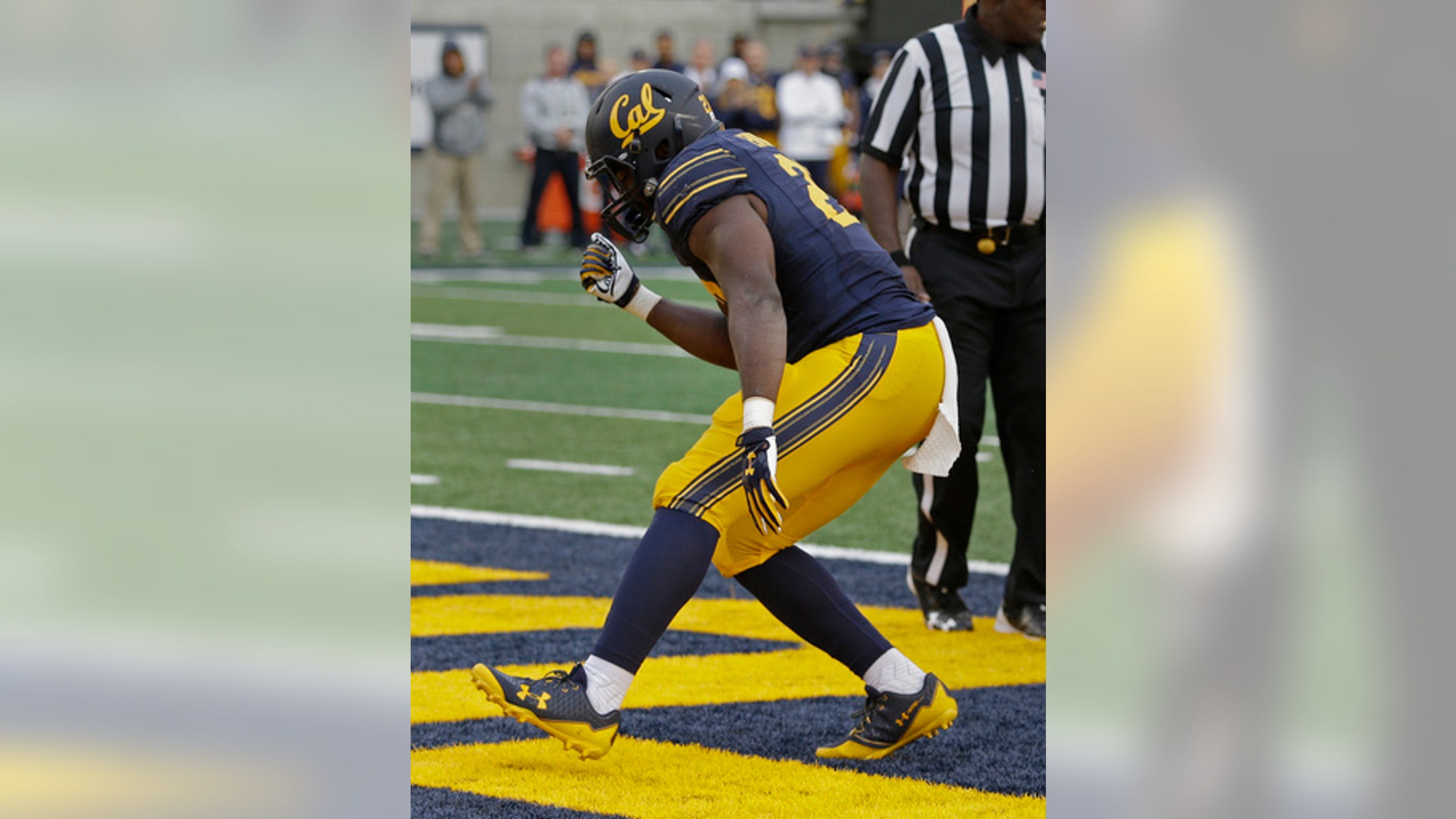 BERKELEY, Calif. (AP) The busiest afternoon of Patrick Laird's season also turned out to be the best of his career and the most productive by any California running back in nearly a decade.

On a day when the Golden Bears needed it to inch closer to bowl eligibility, too.

''I didn't know until I came to the sideline after my last play,'' Laird said of his day. ''I don't worry about the stats too much but when I have a sense that we're moving the ball down the field, that's really what I care about.''

Laird, who began the season third on Cal's depth chart, became the first Bears running back to top 200 yards since Jahvid Best put up 311 against Washington in 2008.

''It's awesome to watch but it's nothing new,'' quarterback Ross Bowers said. ''I know the numbers are a little bit more flashy today than some other games but he's a really good player. It's funny, we almost expect him to do that.''

Bowers passed for 259 yards and two touchdowns, including a 25-yarder to Jordan Veasy that gave California some breathing room in the second half, and Matt Anderson kicked three field goals to become the school's career-scoring leader while helping the Bears (5-5, 2-5 Pac-12) snap a two-game losing streak.

Cal's second win in seven games also moved coach Justin Wilcox's team closer to the postseason. The Bears need to beat either Stanford or UCLA to become bowl eligible for the second time since 2011.

The Bears will have to be better than they were against the pesky Beavers in order to get their sixth win.

Oregon State trailed 17-7 early in the first half but closed within 23-20 on Thomas Tyner's 4-yard touchdown run late in the third quarter.

After an unsportsmanlike penalty by the Beavers on the ensuing kickoff put the ball at Cal's 41, Bowers completed two passes and Laird had an 18-yard run before Bowers found Veasy in the right corner of the end zone for the score.

Bowers finished 24 of 30 on a day when the Bears did not punt once for the sixth time in school history and the first since doing it against USC in 2004.

''Everybody had a big part in that,'' Wilcox said. ''To go through a game without punting is pretty impressive. Really proud of our offense for that.''

Anderson made four extra points and converted kicks from 45, 49 and 31 yards to move past Doug Brien on the Bears career scoring list.

Darell Garretson threw for 169 yards for Oregon State (1-8, 0-6). The Beavers were coming off consecutive close losses to Colorado and No. 18 Stanford but were outgained 475-299 by the Bears.

''The plays are there to be made,'' interim coach Cory Hall said. ''We just have to make our plays.''

Oregon State: The Beavers defense, which kept things close in the third quarter, couldn't sustain the momentum over the final 15 minutes. Still, it's another step in the right direction for a team that had been so bad earlier in the season. Losing cornerback Kyle White and linebacker Bright Ugwoegbu, both of whom were ejected for targeting, didn't help.

California: A loss would have severely hampered the Bears' bowl hopes so credit Cal for keeping focused against a team it easily could have overlooked. Laird's strong running was a good sign for the ground game.

HOLDING DOWN NALL: Cal held Oregon State running back Ryan Nall to 37 yards on 12 carries, his second-lowest rushing total this season. ''We played a lot of run-heavy fronts,'' Wilcox said. ''He hit some runs, he's a good back. But I thought our guys competed really well and ran to the football and played team defense.''

PULLING OUT ALL STOPS: Oregon State used a little trickery on its first scoring drive. Garretson threw a backward pass to tight end Tuli Wily-Matagi, who then threw back across the field to Nall for a 26-yard touchdown. It came two plays after Wily-Matagi dropped a sure completion from Garretson. ''It was designed to do what it did and it was well executed,'' Hall said. ''At the end of the day it was about our players having fun and they had fun with that one.''

Oregon State: The Beavers will go for their fifth win in their last six games against Arizona when the two teams play in Tucson on Nov. 11.

California: Plays at No. 18 Stanford on Nov. 18 in Palo Alto. The Bears have lost seven straight to their Bay Area rivals.