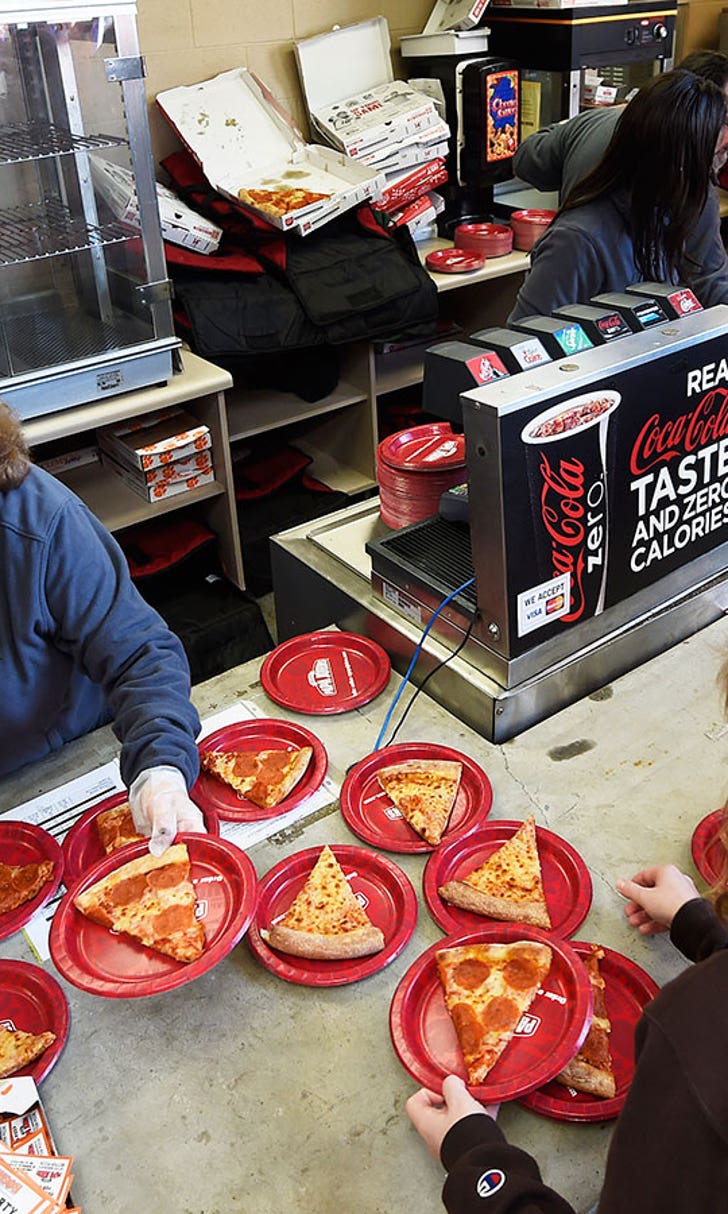 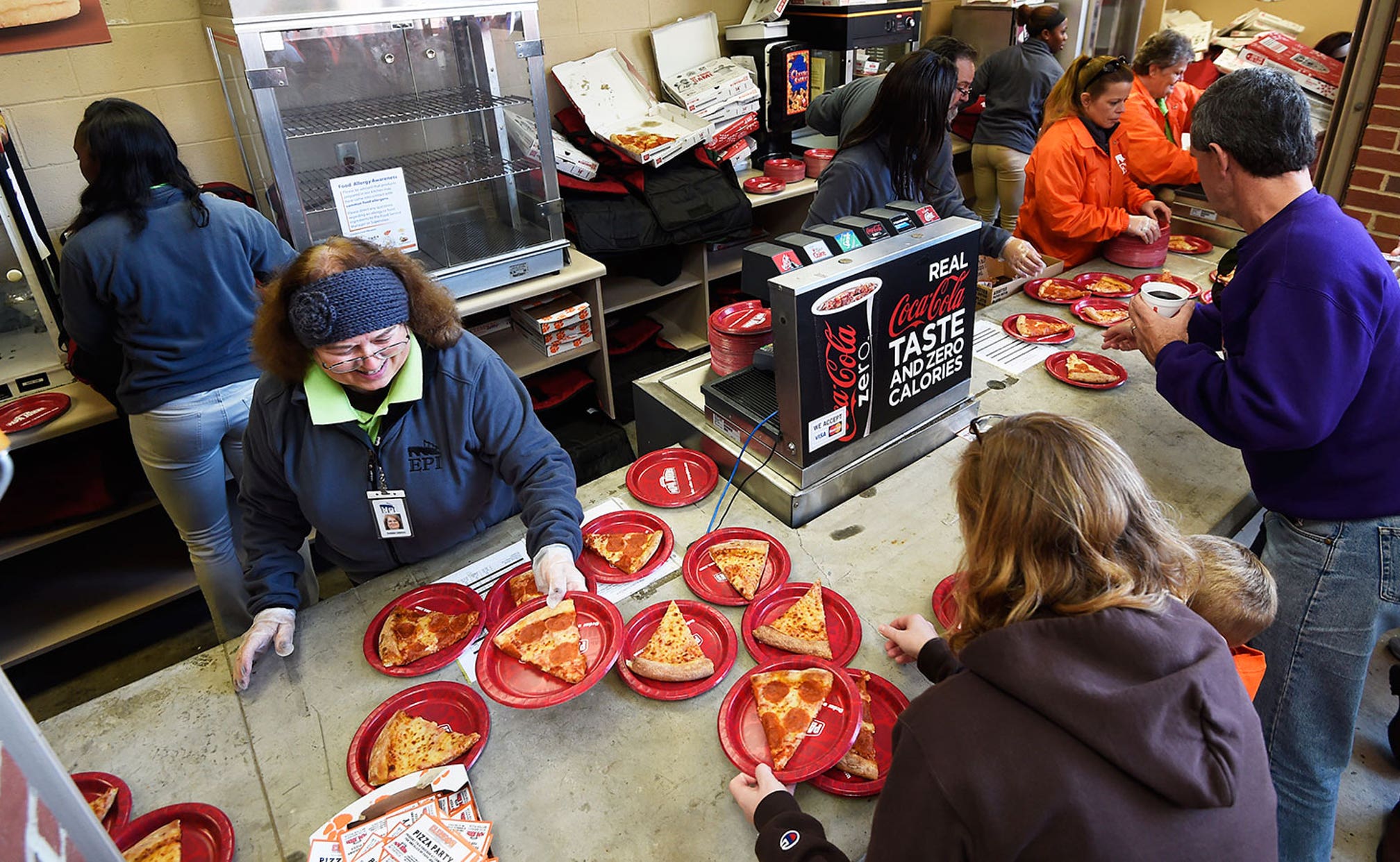 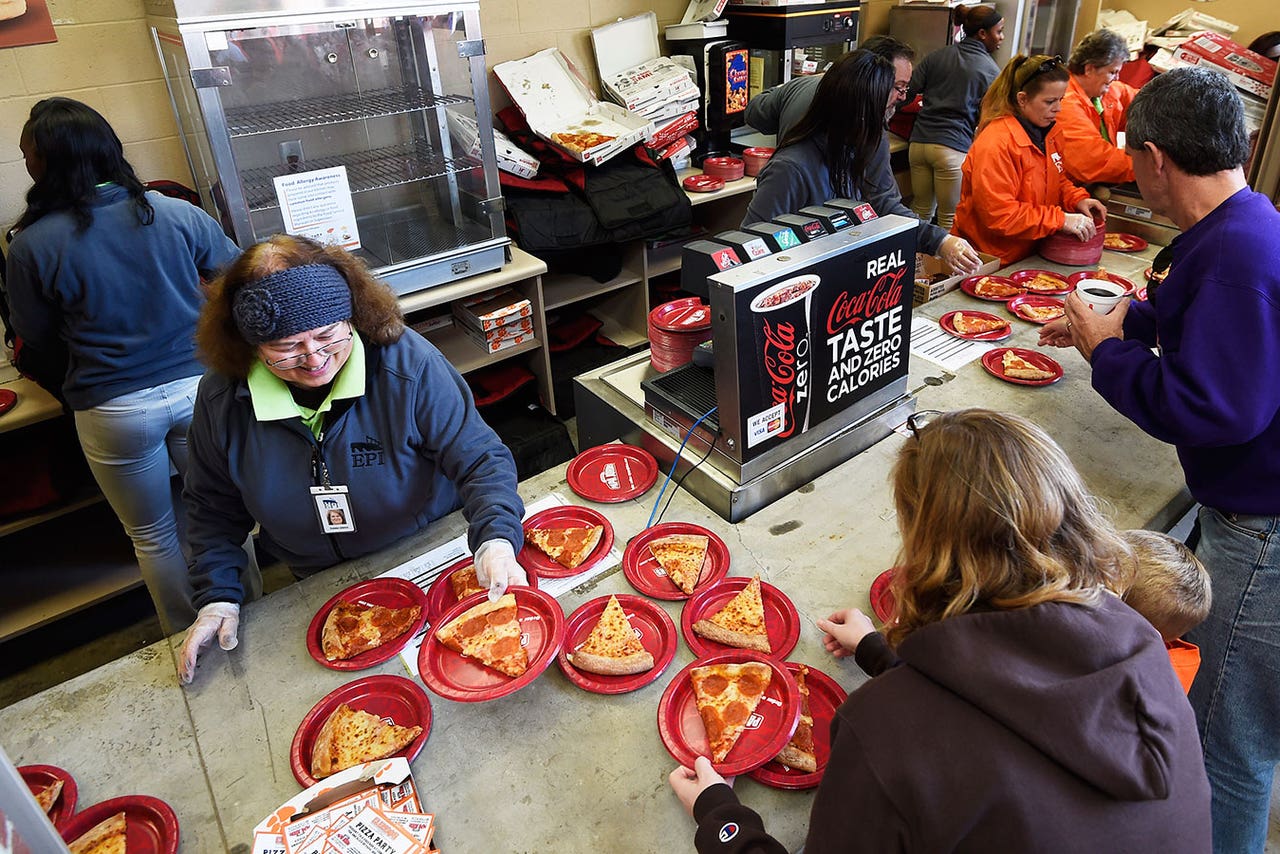 CLEMSON, S.C. -- There's an ongoing celebration at Clemson, and the latest shindig was Sunday's pizza party at Death Valley for about 20,000 of Dabo Swinney's new best friends.

The coach had mentioned in passing nearly a month ago that if the Tigers earned a spot in the College Football Playoff he would have a pizza party when the final four teams were announced on Sunday.

The comment took on a life of its own as the Tigers continued to win, and Swinney delivered with a little help from one of his program's sponsors - Papa John's, which donated the pizzas.

''I know I open my mouth sometimes,'' Swinney told the crowd, drawing laughs. ''But this is incredible.''

Swinney enjoyed the celebration. He had wide grin on his face most of the time, and raised both fists in the air, pumping them to the fans' applause when Clemson was announced as the top seed.

Fans dressed in purple and orange filled half the lower bowl at 81,000-seat Memorial Stadium, many carrying a slice of cheese or pepperoni pizza.

They cheered when the No. 1 Tigers (13-0) hit the field less than 12 hours after clinching their first Atlantic Coast Conference title since 2011 with a 45-37 win over North Carolina on Saturday night.

Swinney got the pizza idea rolling before the first playoff rankings were announced when asked if Clemson would celebrate if the Tigers were included in the top four.

''The only poll that we're excited about is Dec. 6, and I promise you we'll have the biggest poll party you've seen,'' Swinney said at the time. ''We'll open up Death Valley and serve pizza to everybody.''

That preparation will start later. Right now, Swinney said it was all about celebrating the season his Tigers had.

Clemson posted its first 13-0 season in history. It's undefeated at this point of the season for first time since 1981 when it went 12-0 in winning the national championship.

The Tigers walked to the 50 yard line along the home sidelines where a table with the ACC trophy, alongside the trophy given the winner of the yearly Clemson-South Carolina rivalry game.

More honors could be ahead for Clemson.

Quarterback Deshaun Watson, the ACC player of the year and MVP of the championship game, is expected to be a Heisman Trophy finalist. Watson briefly flashed the Heisman pose - at Swinney's insistence - when he accepted his title game honor Saturday night.

''We were just having some fun,'' Watson said Sunday.

A 6-foot-2 sophomore, Watson has insisted all season long that individual awards would follow if he focused on the team and helped the Tigers gain success. Watson had thrown for 30 touchdowns and run for 11 more this season.

He finished with 420 yards of total offense, including a career best 131 yards rushing, in the win against the Tar Heels.

''The Heisman is not going to define me or who I am,'' Watson said.

Watson was happy to see the fan turnout, both at the ACC title game in Charlotte, North Carolina where Clemson orange made up a bigger portion of the crowd than Carolina blue, and at Death Valley on a chilly morning after a long night.

''It shows you how this Clemson family is,'' Watson said. ''They always come out to support us and that's one of the reasons we won in Charlotte. It's a great time for all of us.''