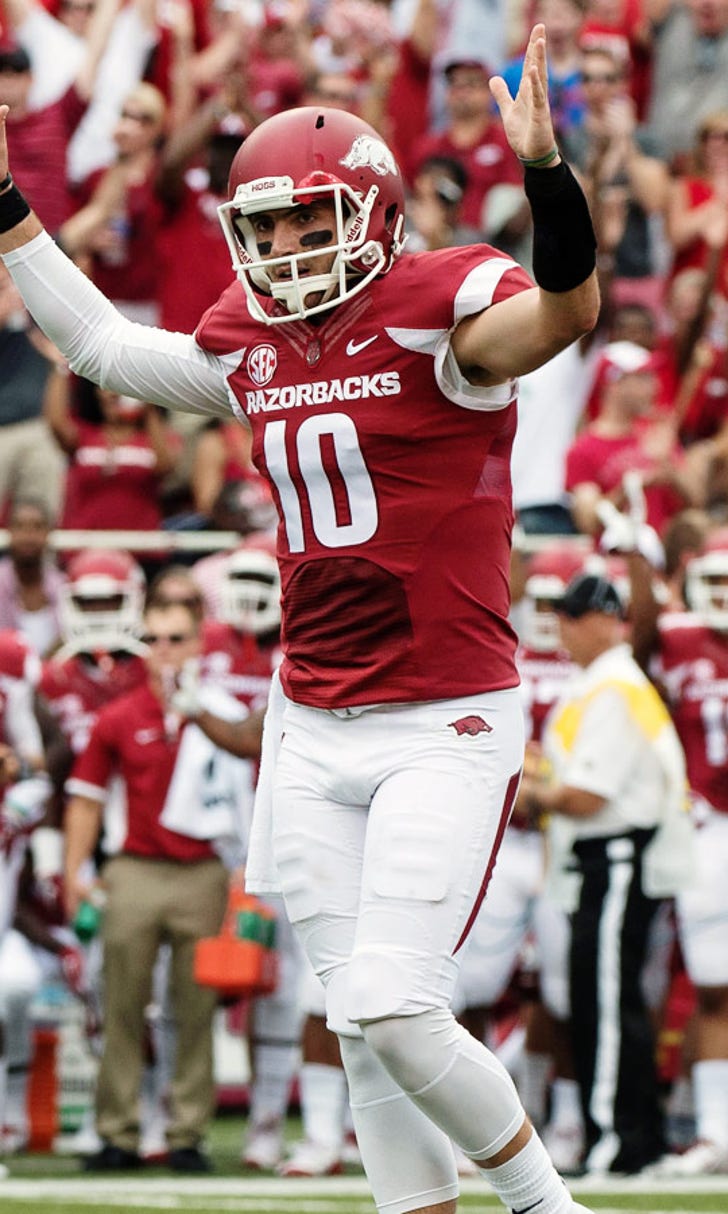 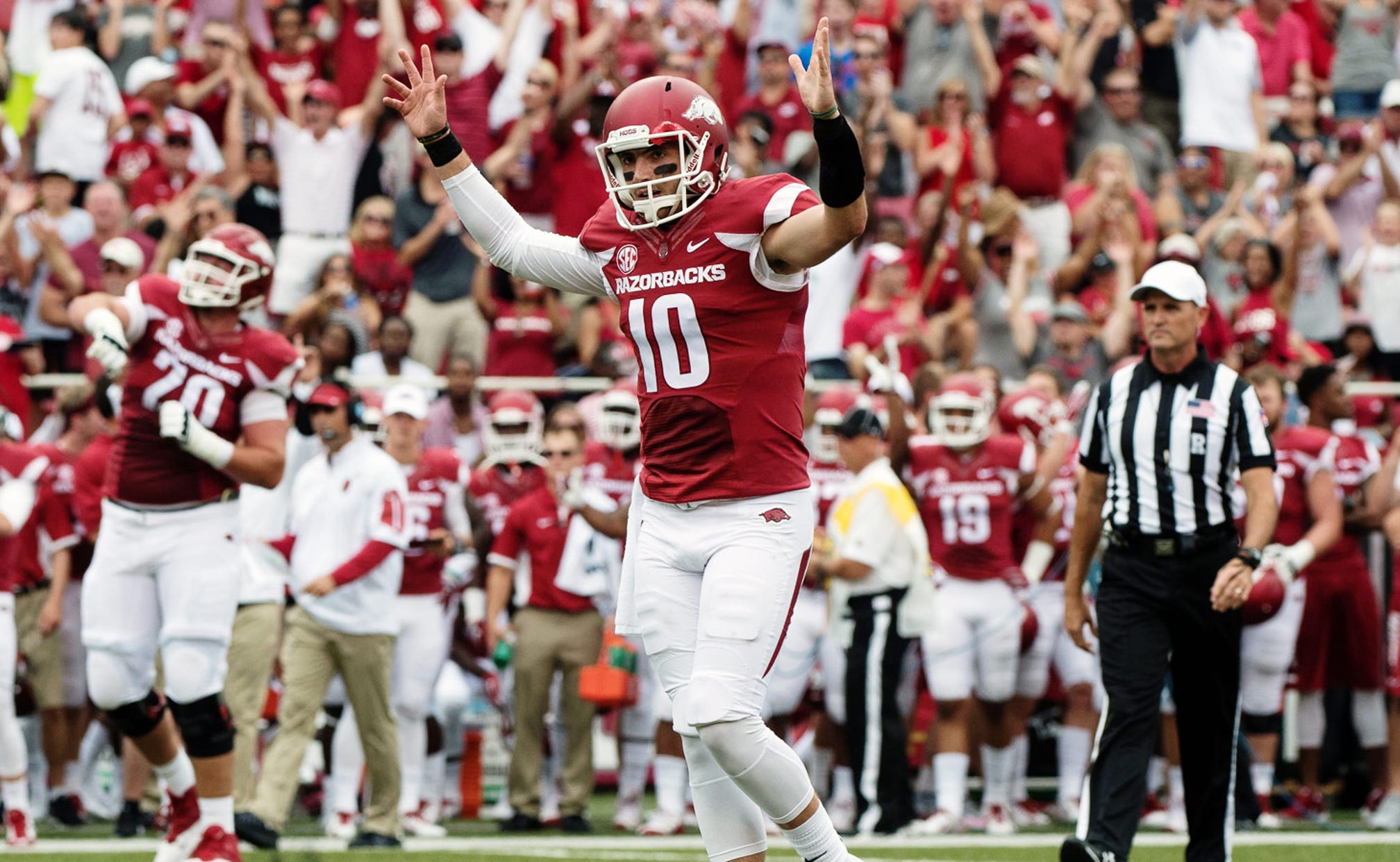 FAYETTEVILLE, Ark. (AP) Bret Bielema likes to quickly steer any conversation about Arkansas' perception as a run-heavy offense to his preferred description of ''balanced.''

Despite a blowout win over UTEP to open the season, one in which quarterback Brandon Allen threw for a career-high 308 yards, Bielema isn't quite ready to call the 18th-ranked Razorbacks (1-0) a passing powerhouse.

Allen did most of his work in the first half of the win, finishing 14-of-18 passing against a UTEP defense geared toward stopping a rushing attack that produced a pair of 1,000-yard running backs last season.

In Bielema's first two seasons, such an approach would have caused problems for the Razorbacks.

Not anymore, with Allen connecting with six different receivers for an average of 22 yards per completion - including six catches for 106 yards and two touchdowns by senior Keon Hatcher.

''I do think we have better offensive personnel than we've had that can lead to explosive plays,'' Bielema said. ''We have some explosive players with some speed that I think can create big-play opportunities.''

The Razorbacks rushed for more yards than they passed for in each of Bielema's first two seasons, including last year when they averaged 218 yards on the ground and 188 yards through the air. Part of that was due to the production of running back Jonathan Williams, who was likely lost for this season with a foot injury last month.

Even without Williams, junior Alex Collins had 127 yards rushing on only 12 carries in the season opener - leading a ground game that finished with 182 yards overall for first-year offensive coordinator Dan Enos.

''We're trying to be an offense that makes people defend the entire field,'' Enos said. ''We want to help our team win either running the ball or throwing the ball on any given day.''

Allen had plenty of help through the air against UTEP, particularly in the form of big plays. The senior matched his career high with four touchdown passes, including the pair to Hatcher, a 58-yarder to sophomore Jared Cornelius and a 26-yard strike to Drew Morgan to open the game.

Also, tight ends Hunter Henry and Jeremy Sprinkle combined for four catches for 102 yards - with Sprinkle turning a short pass into a 42-yard burst in the first half.

The offensive options were enough to excite Allen, who extended his number of attempts without an interception to 108, but don't expect the third-year starter to embrace the notion of Arkansas as a passing-first school anytime soon.