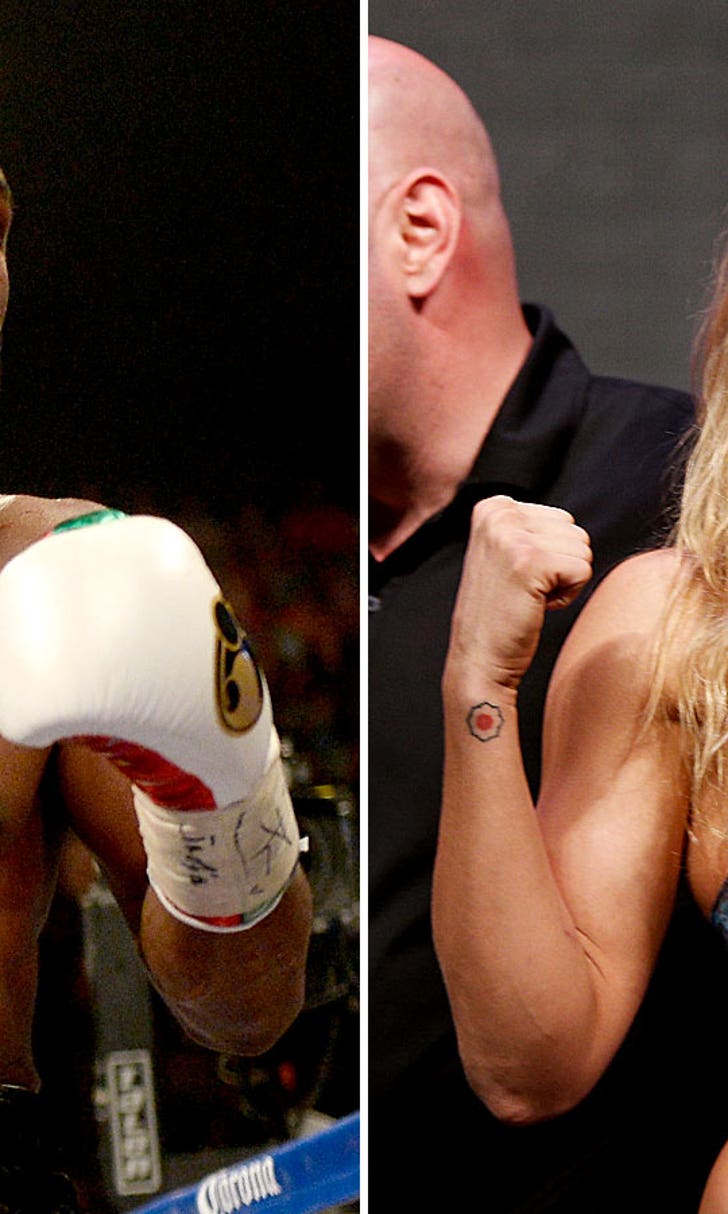 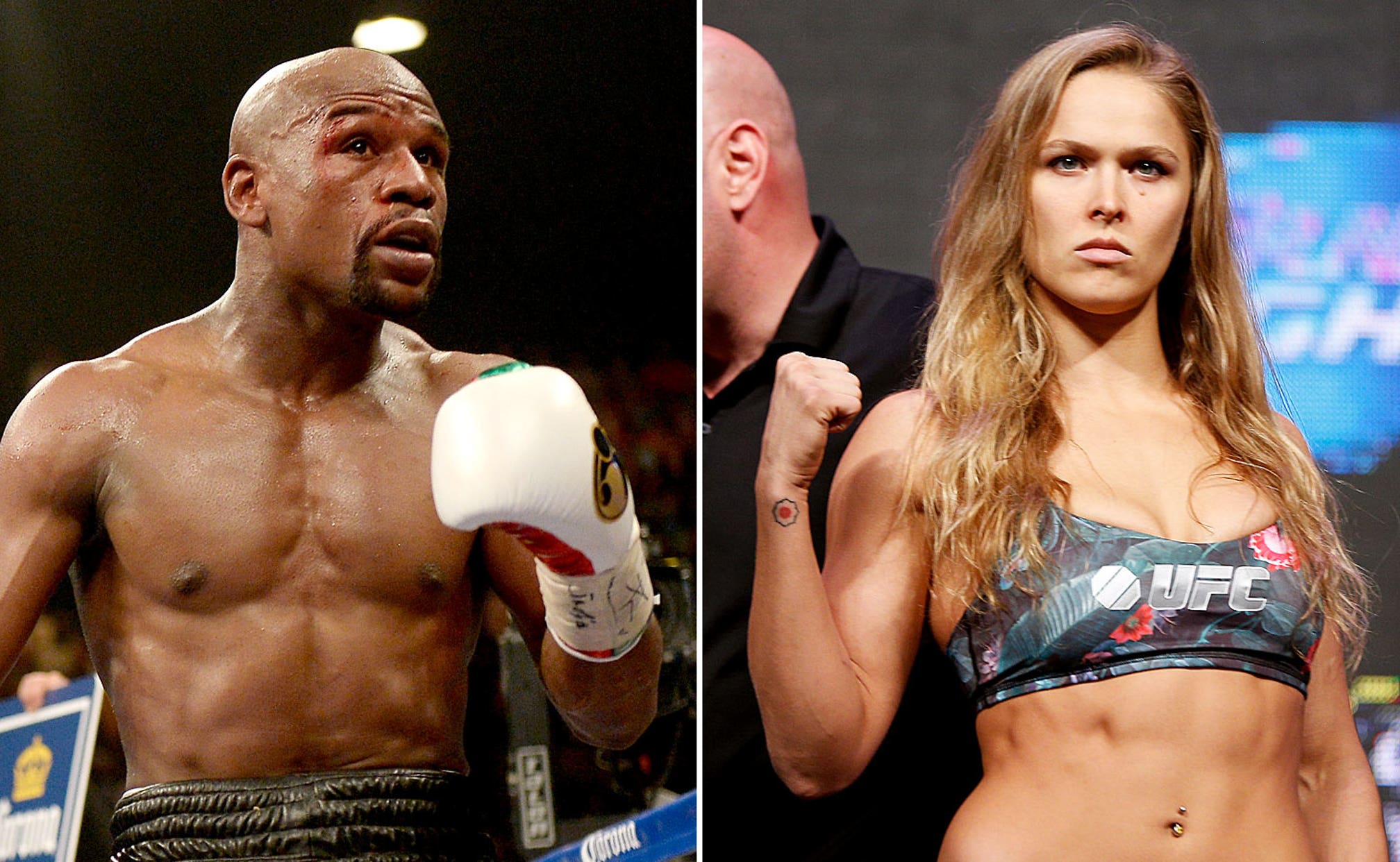 Fighting words? Floyd Mayweather on Ronda Rousey: 'I don't know who he is' 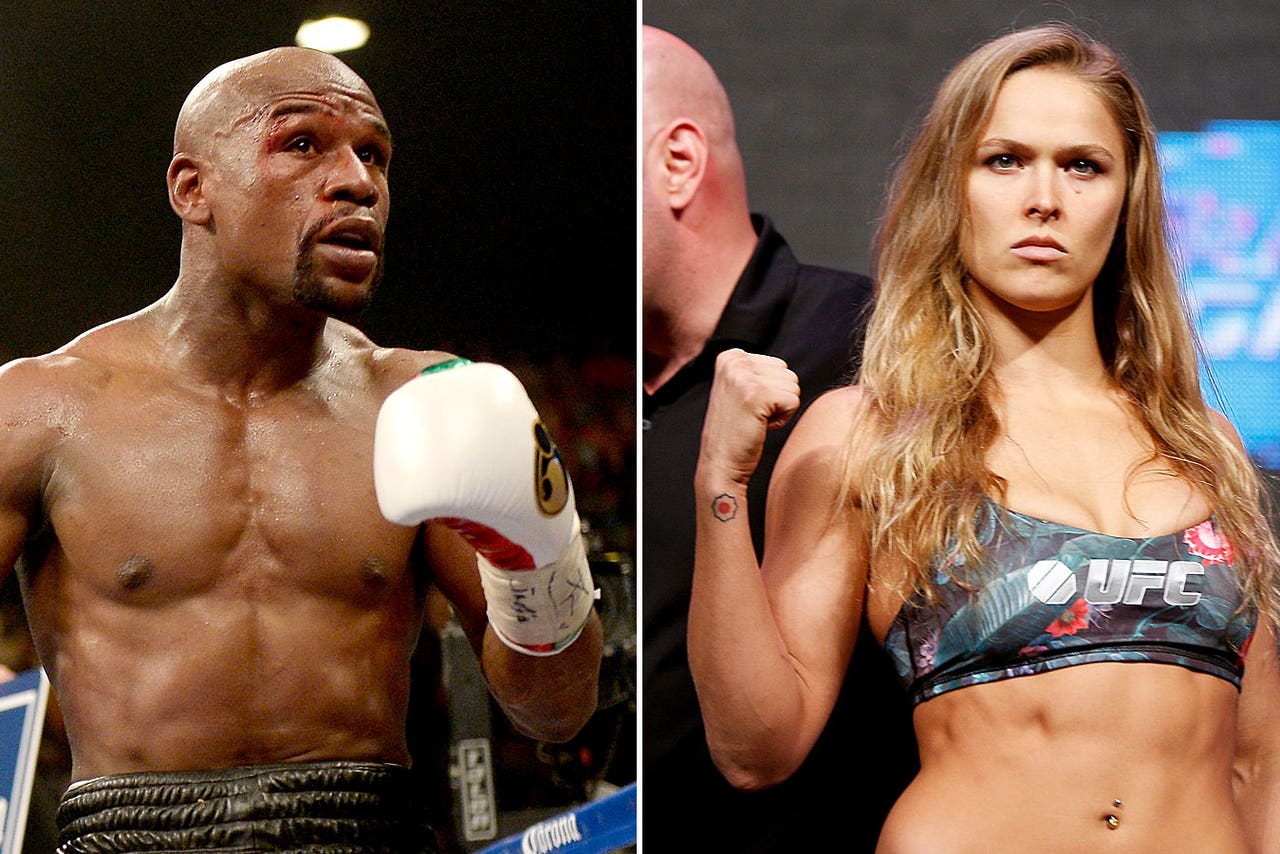 In March, UFC star Ronda Rousey joked with an LA-based radio station that she could beat boxer Floyd Mayweather Jr. by staying low to the ground and doing some "monkey crawl" moves from "Bloodsport."

Too bad the multi-division boxing champion wouldn't be able to distinguish Rousey from Adam.

"I don't know who he is," Mayweather said (at about the 36-second mark) during the following interview:

When explained that Rousey is a female UFC star, the boxer threw up his hands in bewilderment: "I ain't know who that is."

Are these fighting words?

UPDATE 7/18/2014: Mayweather apologized to the UFC champ. "I wish her a congratulations because I didn't know who she was," the boxing champ told FightHub TV. "I apologize because I didn't know. You know, I'm used to watching football and basketball ... I'm not really into boxing like that."