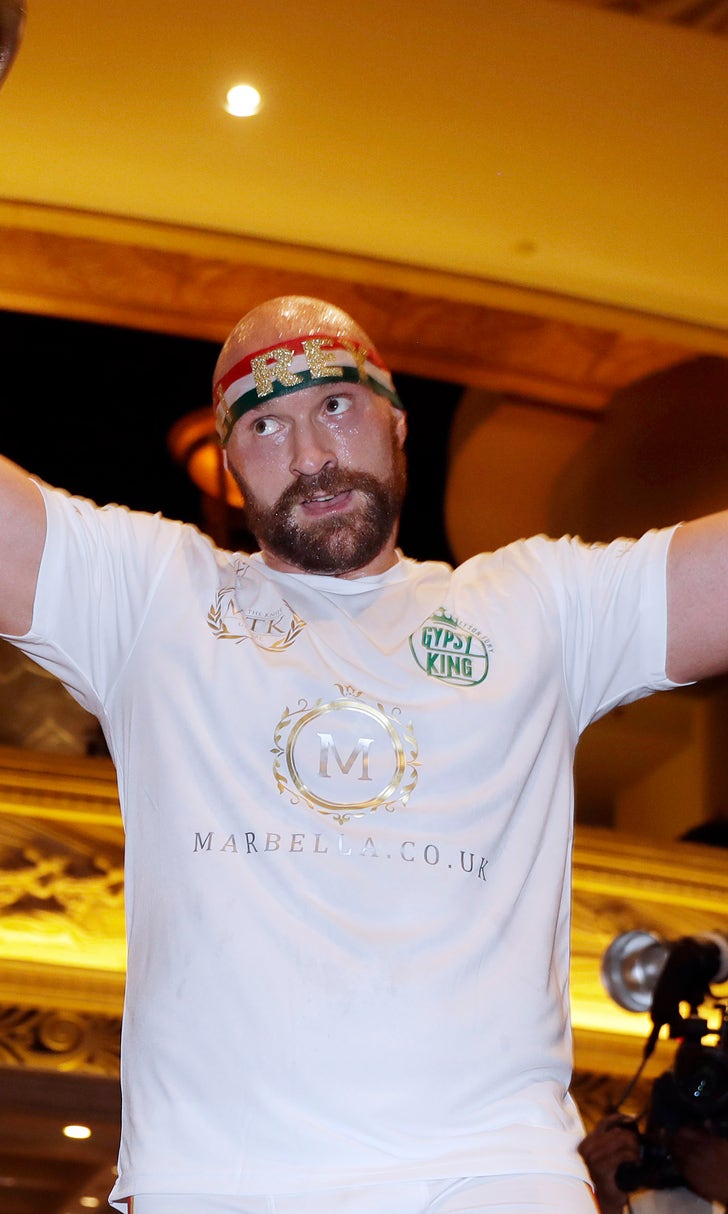 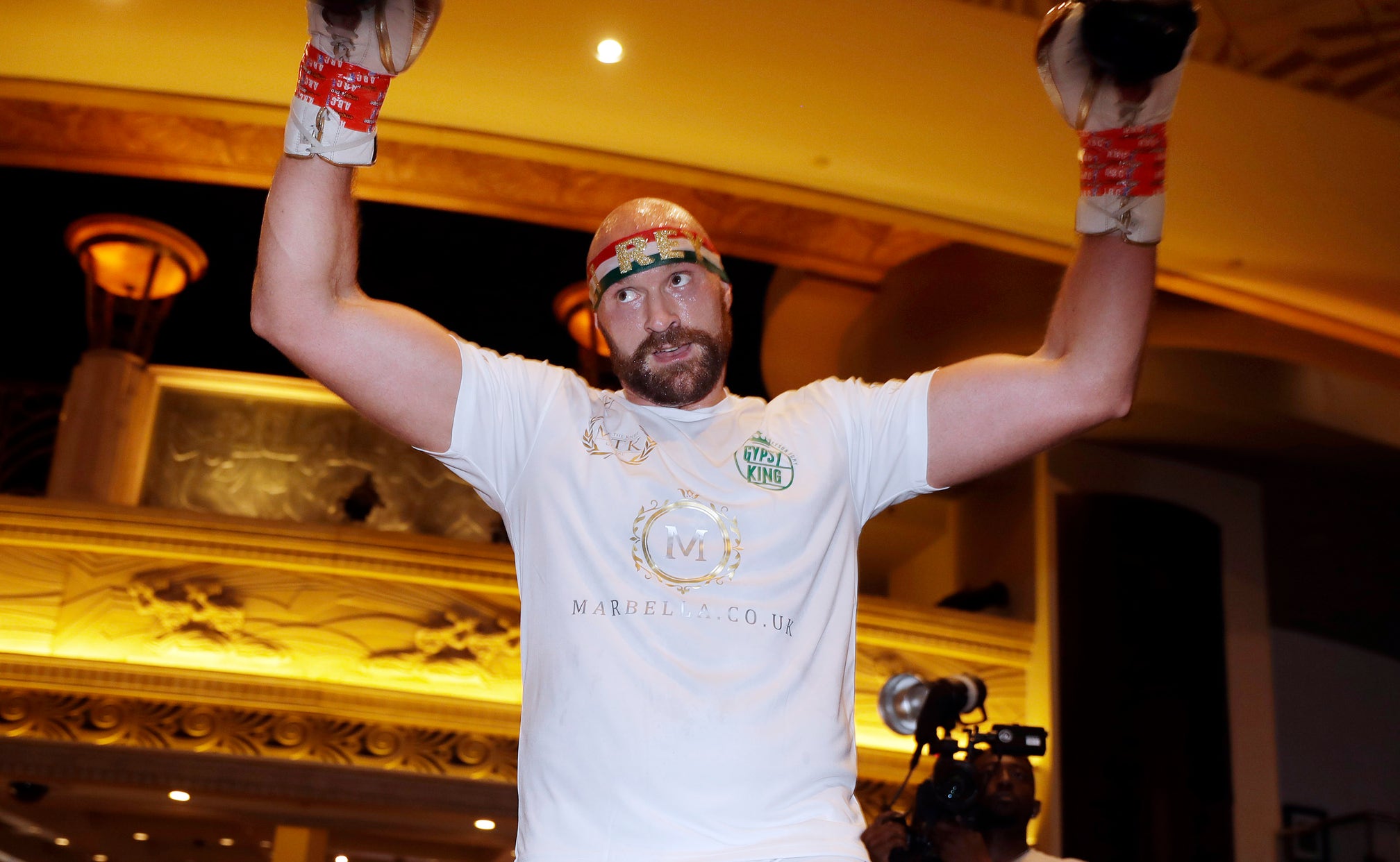 LAS VEGAS (AP) — Tyson Fury shouldn't have too much trouble in the ring this weekend against an opponent whose biggest claim to fame is that he's arguably the best heavyweight fighter in Sweden.

He might have more trouble convincing Mexican fans that he's really one of them.

Fury is giving it his best shot this week, channeling his inner showman to embrace all things Mexican as he promotes his fight Saturday night with Otto Wallin. He's visited a local taqueria, worn a Mexican wrestling mask and even tried a few phrases in Spanish that he's been working on.

It's all done with tongue planted firmly in cheek — yet with a purpose. The big Englishman is calling attention to the fact he's the main attraction on Mexican Independence Day weekend in this boxing city, a spot reserved in recent years for Canelo Alvarez, who couldn't come to terms on a fight of his own.

"I'm even going to fight like a Mexican in this fight, all guts and heart going forward," Fury said. "I am a chameleon. I can adapt to any situation."

Fury shouldn't have to adapt much against Wallin in what is basically a fight to keep Fury active — and in the public eye — as he prepares for a scheduled February rematch with heavyweight champion Deontay Wilder. It's his second straight fight in Las Vegas under new promoter Top Rank as he continues to make the case he is the true heavyweight champion of the world in a field crowded with title holders.

It's also a fight he couldn't have imagined not that long ago as he struggled with mental illness and drugs and alcohol.

"Two years ago I thought my life was over. I thought I'd never end up anywhere but a padded room," Fury said. "And now I've gone from very depressed and down and out to be the lineal champion of the world fighting in Las Vegas two times. It's fantastic for me."

It's good for the heavyweight division, too, because Fury is at heart a promoter himself. Get him on the phone and it's tough to get a question in as he offers his view on life, the heavyweight division and any man who would dare want to get in the ring with him. Watch him at Wednesday's prefight news conference and he seems to be the happiest man in the room.

Still, Fury-Wallin isn't the fight that fans want to see. Most don't even know who Wallin is, even as he attempts to pull the biggest Swedish heavyweight upset since Ingemar Johansson shocked Floyd Patterson to win the heavyweight title in 1959.

That includes Fury, who hasn't taken a lot of time to study his latest opponent, who is unbeaten in 20 fights but hasn't faced anyone of note.

"I don't know anything about him," Fury (28-0-1) said. "I know he's a tall southpaw, unbeaten and looking to become the lineal champion of the world. They're all just men with boxing gloves on doing the same thing — trying to throw punches at my face and trying to cash in on my lottery ticket."

Fury's story is a remarkable one, and a cautionary tale to any fighter. He dethroned Wladimir Klitschko in 2015 to claim the heavyweight title but gave up his titles without a defense and was out of the ring for more than two years while battling severe depression and substance abuse problems.

But it was his fight with Wilder in December that really resonated with boxing fans. Fury controlled the fight most of the way, only to be knocked flat on the canvas in the 12th round before somehow finding a way to get up and finish the round strong.

Neither fighter was happy with the ensuing draw — but afterward the irrepressible Fury led reporters in a singing session. He would later sign with Bob Arum's Top Rank and is firmly in the mix of what is becoming a fascinating heavyweight division.

The second fight with Wilder looms, and so do possible fights with Anthony Joshua and Andy Ruiz Jr., who fight in a title rematch Dec. 7 in Saudi Arabia.

"I'm not concerned about any of them," Wilder said. "I've never met a man I couldn't beat, and this is no exception."

What You Need To Know: Spence vs. Garcia

What You Need To Know: Spence vs. Garcia
Errol Spence Jr. and Danny Garcia square off on Dec. 5 in a FOX Sports pay-per-view title bout. Here's everything to know.
12 mins ago 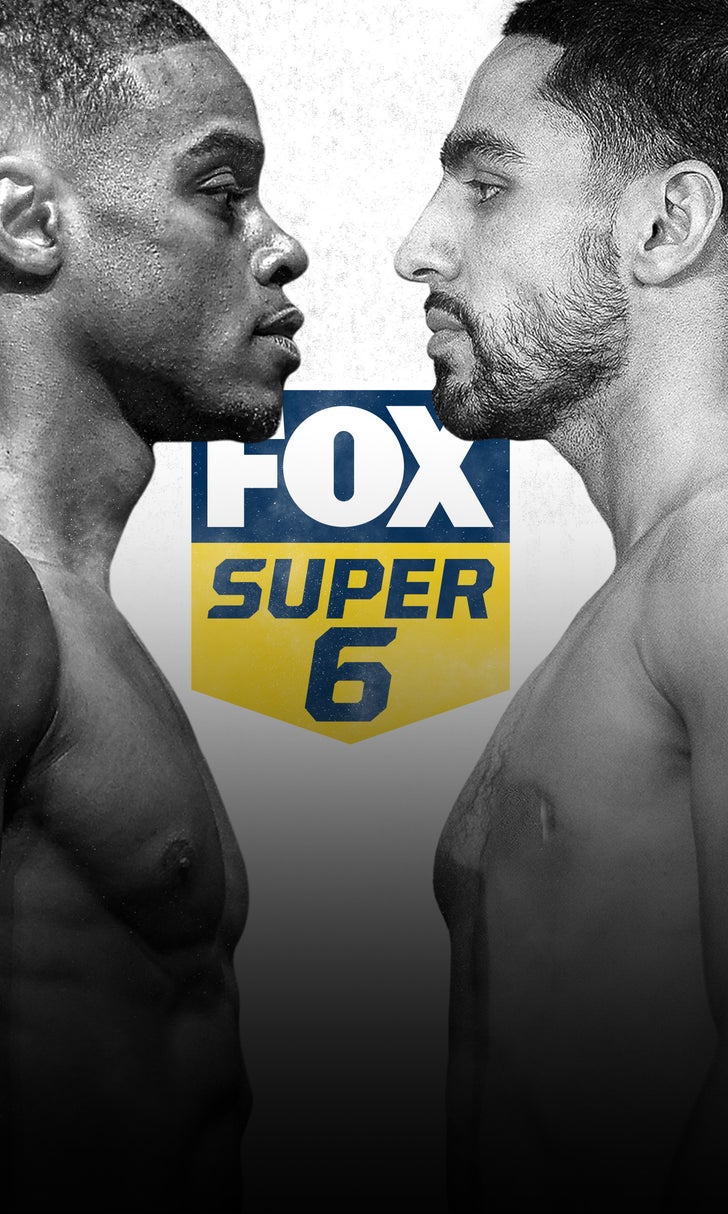 Predict Spence Vs Garcia & Win $1,000
One of the biggest fights of the year is on FOX Sports PPV this Saturday. And fans can win big themselves.
3 hours ago 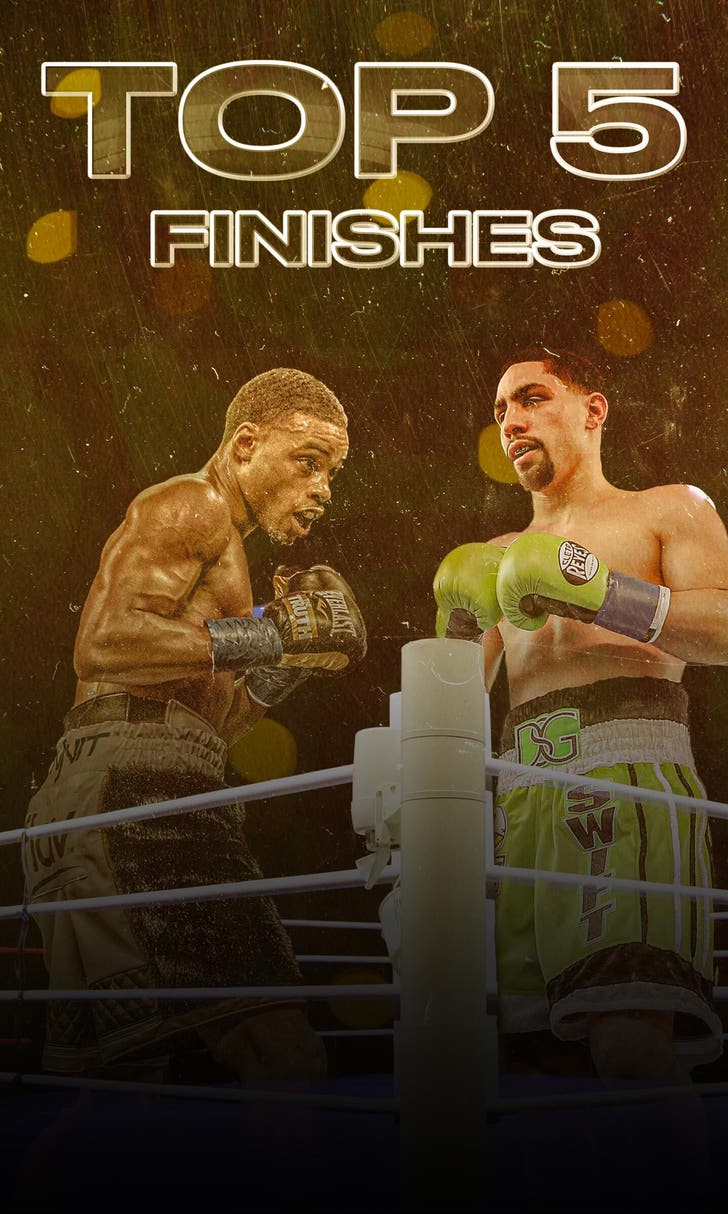 Spence, Garcia's Top 5 Knockouts
On the eve of their title bout, we look back at the best knockouts in the careers of Errol Spence Jr. and Danny Garcia.
4 hours ago