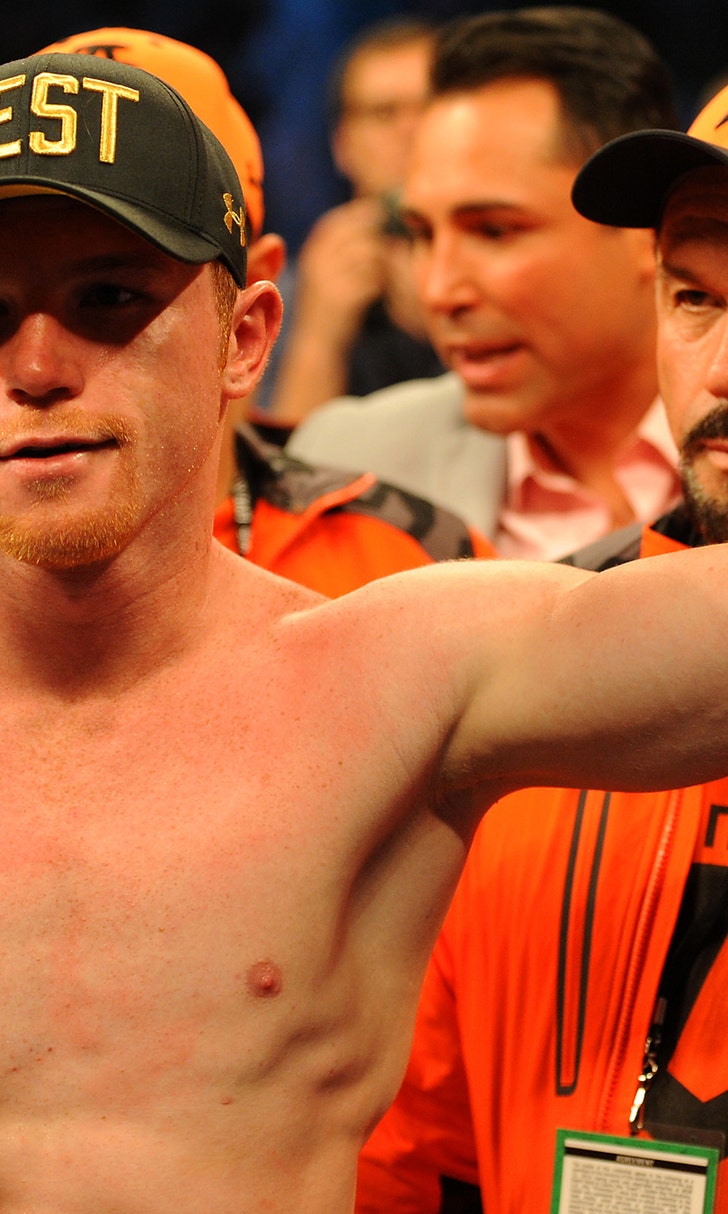 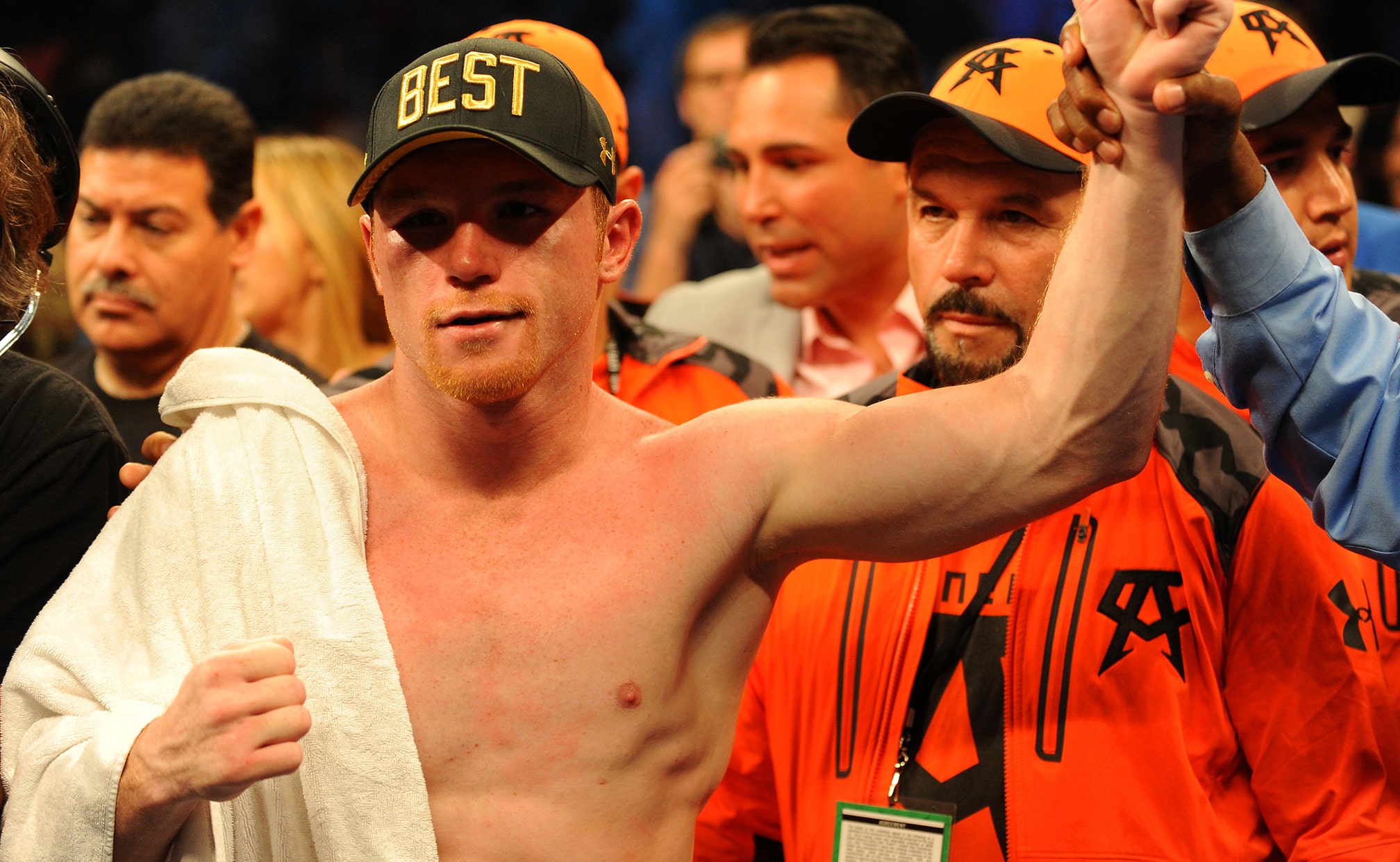 Alvarez gets split-decision win over Lara after 12 rounds 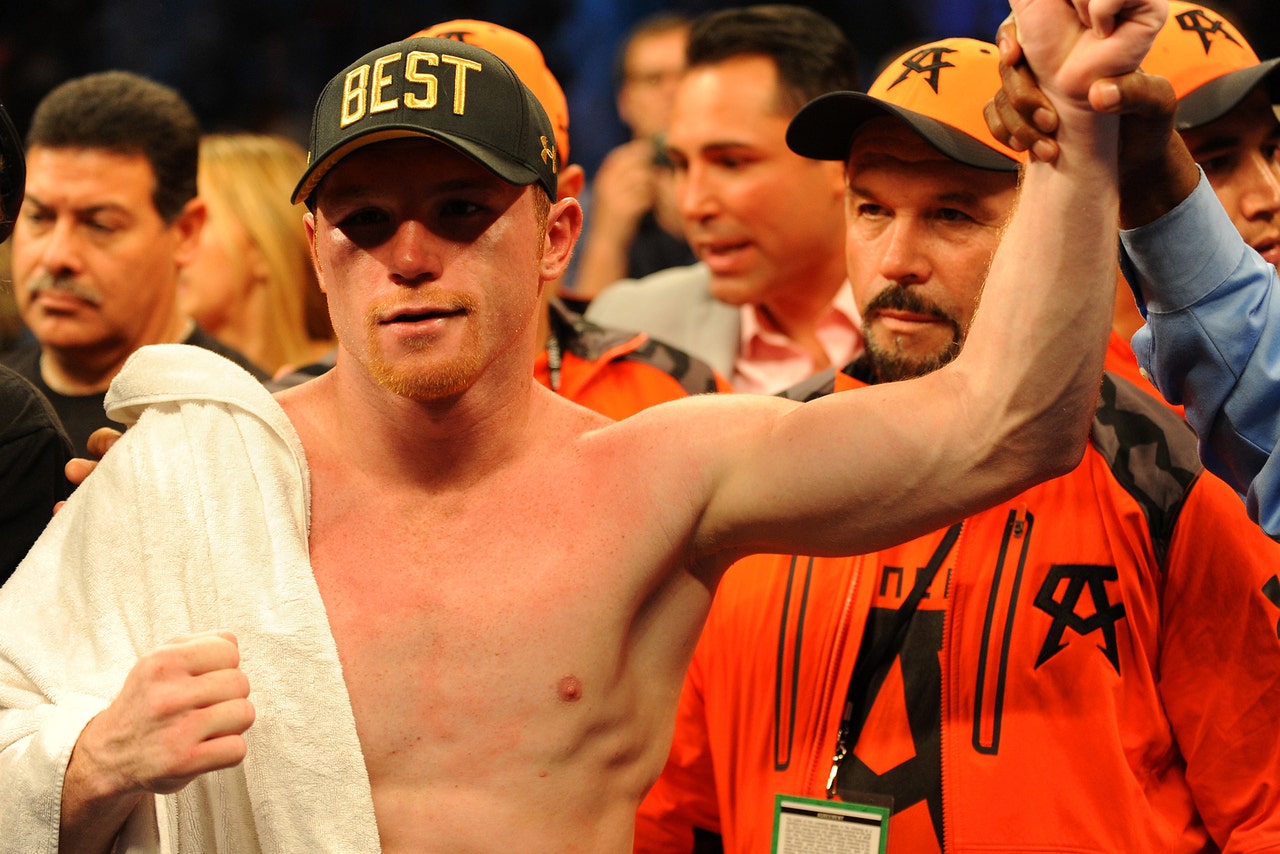 Lara thought he had done just that, but when the decision came down it was Alvarez whose hand was held aloft. He escaped with a split decision win for his second straight victory since losing last year to Floyd Mayweather Jr.

It was a frustrating night for Alvarez, and a tense one for his fans, who filled the MGM Grand arena to watch as Alvarez chased after Lara for 12 rounds before winning the decision.

"I wanted to leave a good taste in the mouth of my fans. I came to fight," Alvarez said. "He came to run."

Alvarez had all he could handle against Lara, whose constant movement frustrated the Mexican fighter and often caused him to miss wildly with right hands.

Alvarez was favored against Lara, who left his native Cuba to come to the U.S. and fight as a pro. But Lara provided a stiff test in a fight that was up for grabs in the late rounds.

Lara raised his hands in victory as the final bell sounded, certain he had done enough to win. A few minutes later, he leaned on the ropes, staring out in disbelief as the decision was announced.

Punch stats reflected how close the fight was, and how few punches were actually landed. Alvarez was credited with landing 97 of 415 punches, while Lara landed 107 of 386.

"It was a difficult, tough fight, the way everybody expected it to be," said Oscar De La Hoya, who promotes Alvarez. "You're always worried about a boxer who was literally running, literally running."

Alvarez acknowledged before the bout that fighting someone with a style like Lara's was risky. Alvarez could not find Mayweather when he moved in their fight last year, and he had almost as much trouble cornering Lara in a fight where no title was at stake but one that was dangerous for both competitors.

Lara was a moving target from the opening bell, going sideways and backward, content to let Alvarez chase him. The strategy worked early on as Alvarez had trouble cutting off the ring and often threw wild right hands that caught nothing but air.

By the fourth round, Alvarez (44-1-1) began to have more success finding his elusive opponent. He was relentless in pressuring Lara, who was content to move about the ring, stopping occasionally to throw a right hand followed by a left.

The heavily pro-Alvarez crowd of 14,239 at the MGM Grand began growing frustrated with the action midway through the fight, booing Lara for refusing to stand and trade punches with the Mexican favorite.

Lara was cut on the right eye in the seventh round by a left uppercut, and spent much of the later rounds wiping blood from his eye. He kept moving, though, and Alvarez kept chasing him, drawing huge roars from the crowd on the few occasions he managed to trap him on the ropes.

Lara (19-2-2) kept frustrating Alvarez through the end of the fight, winning some late rounds as he landed counter left hands after first making Alvarez miss with his right.

Lara, who fled Cuba to begin a pro career, came into the fight with only one loss -- and it was a disputed one. Most in boxing considered him the equal of Alvarez, though he is relatively unknown compared to the Mexican star who fought Mayweather last year in boxing's richest fight ever.

Lara got the fight after calling Alvarez out, despite worries by promoter Oscar De La Hoya that the Cuban's southpaw style would be difficult for Alvarez, who struggled against Mayweather in his only loss. Lara holds a piece of the 154-pound title, though it was not at stake in the fight, which was fought at 155 pounds.