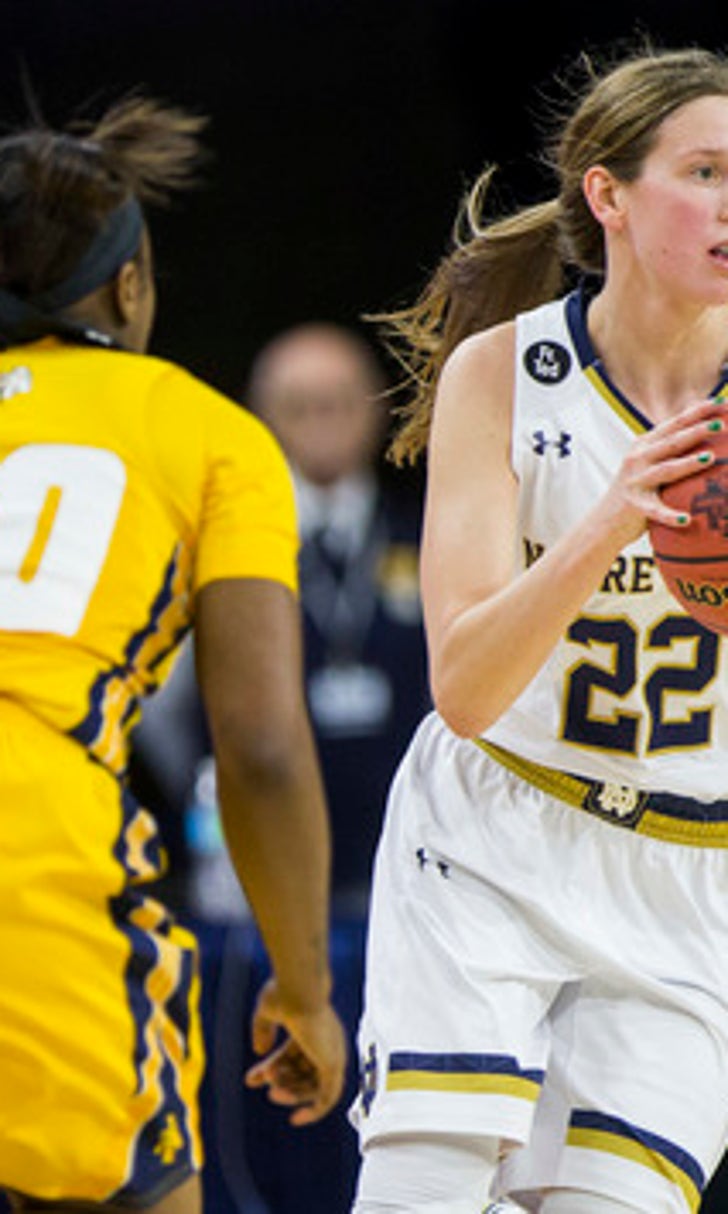 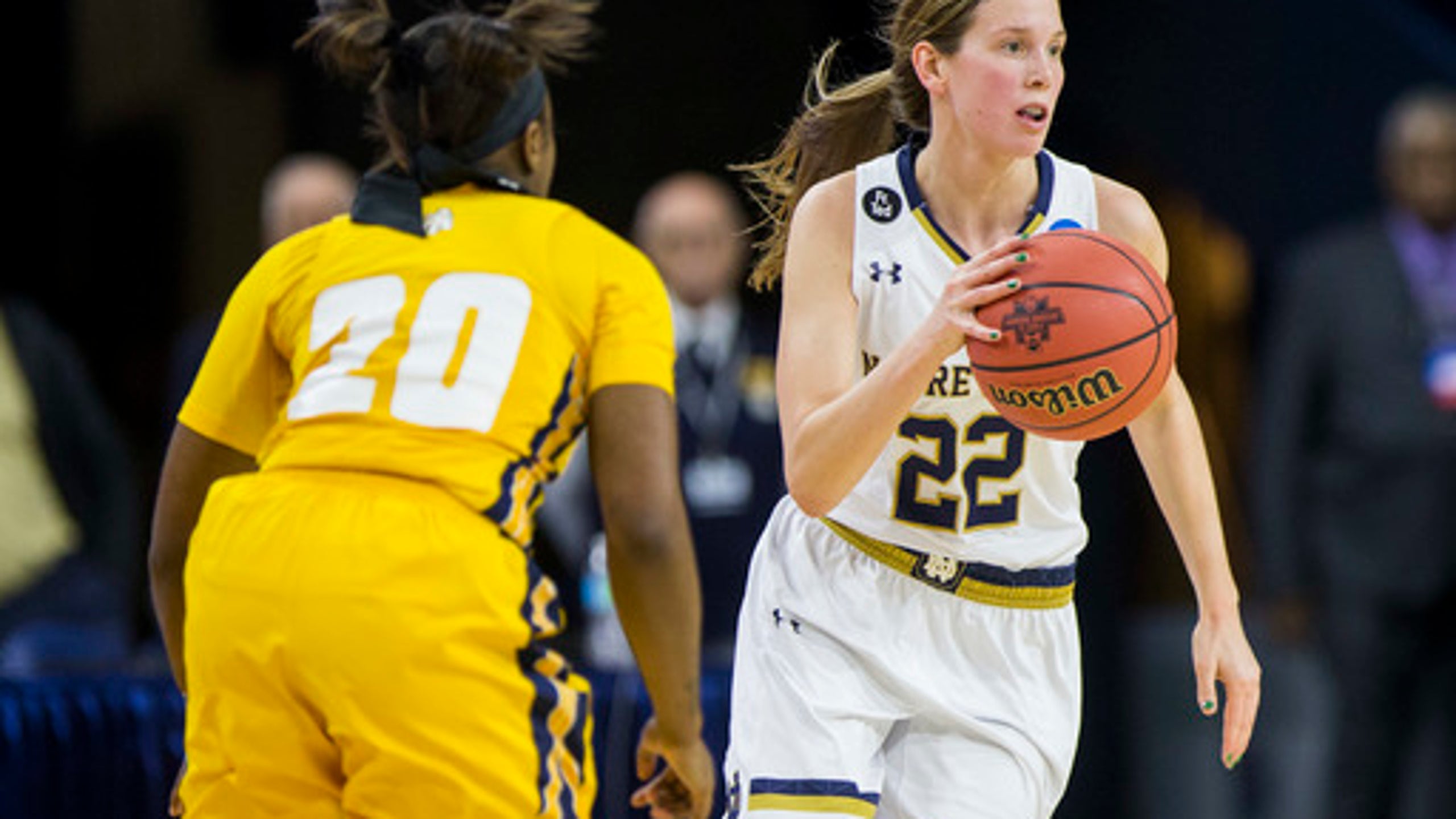 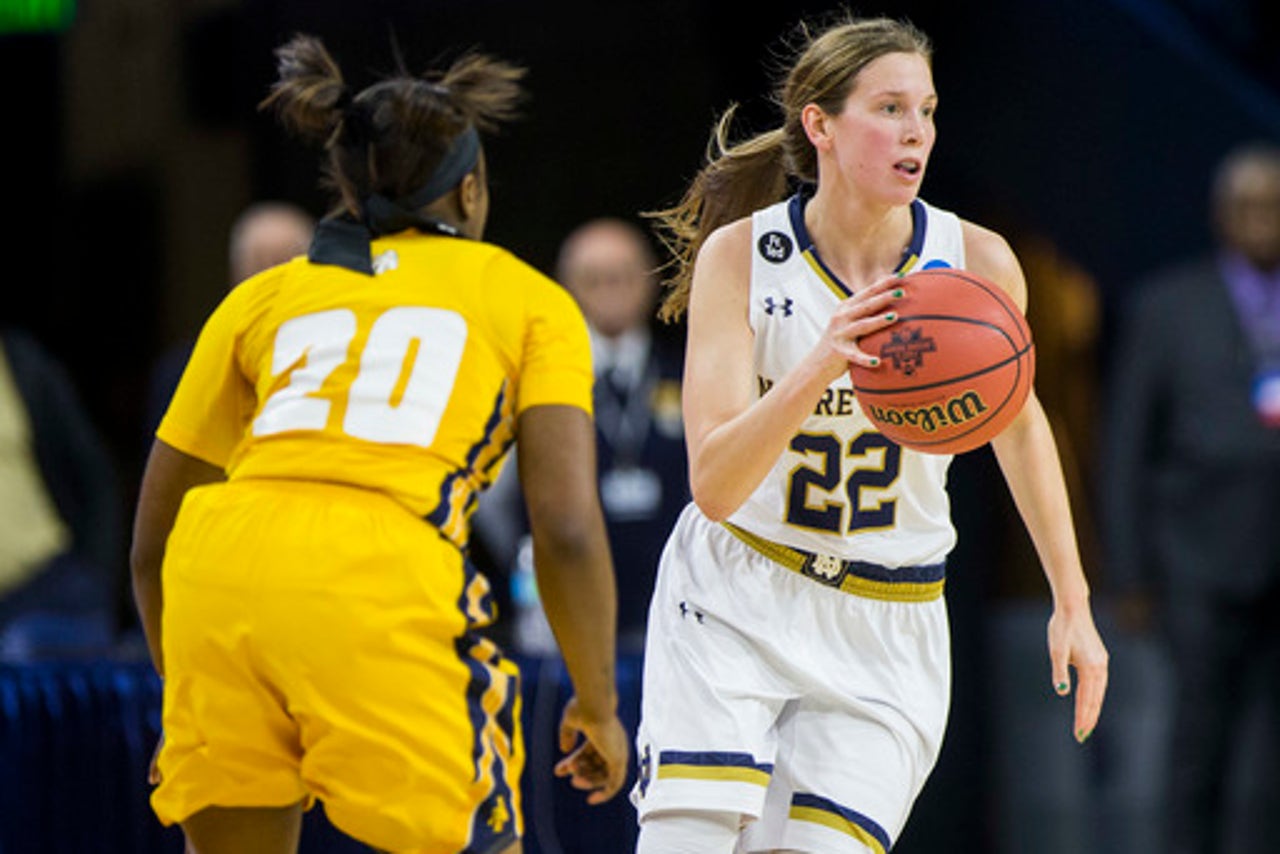 The Irish jumped quickly to a 7-0 lead and pulled away throughout most of the game, leading by 28 at halftime and 41 at the end of three quarters.

Kala Green, who missed her first 10 shots, led the Aggies with 12 points on 5 of 18 shooting, Dana Brown scored 11 and Aprill McCrae had 10 points and seven rebounds.