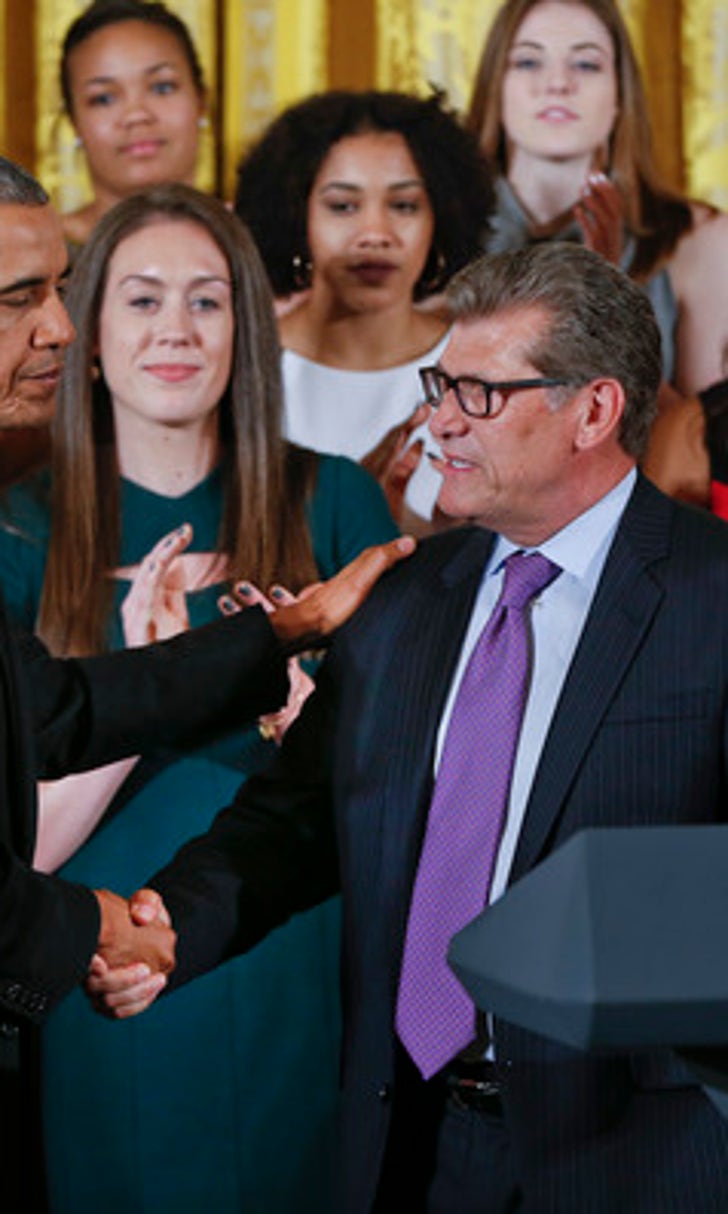 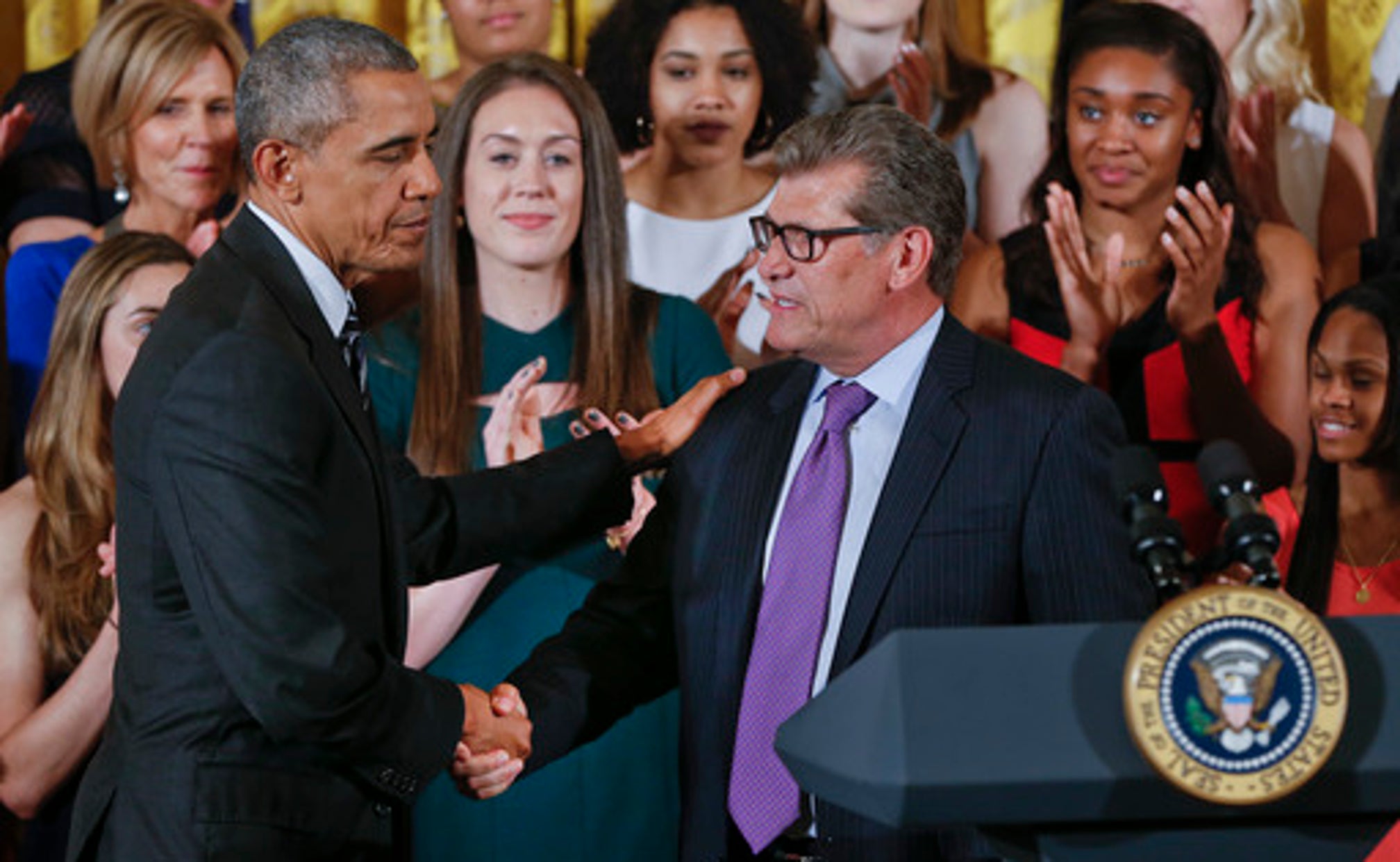 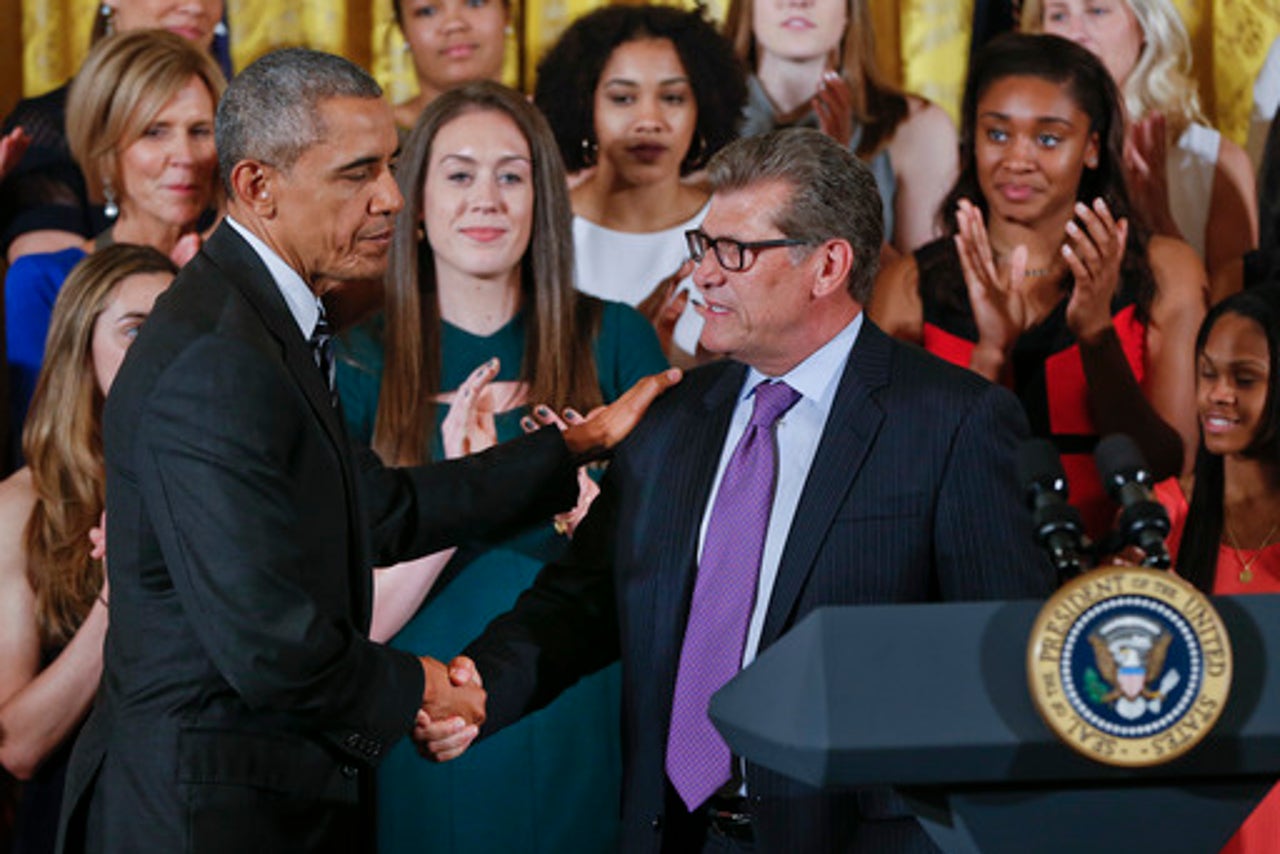 WASHINGTON (AP) ''You can't win them all'' is a cliche that doesn't seem to apply to this season's unbeaten University of Connecticut women's basketball team, President Barack Obama said Tuesday as he welcomed the Huskies to the White House for the fourth consecutive year.

Obama noted during the ceremony that UConn won its games by an average of 40 points in going 38-0. In doing so, the president says they've enhanced the quality of the sport.

The University of Connecticut women's basketball team has won 11 national championships, and their coach, Geno Auriemma has never lost in the NCAA's championship game. He recalled telling Obama during the president's first term that he didn't know what the future holds, '''but I know we're going to be back.'' And Obama responded: ''So am I.''

Auriemma said this year's team has the satisfaction of knowing someone might come along that can tie what they've done, but never beat it. ''They go to bed at night knowing that no one in the history of basketball has ever done what they've done and no one will ever be able to do more than what they've done.''

Obama says he doesn't expect the run of success for UConn to end any time soon. He calls Auriemma one of the world's foremost experts on ''tough love.''

''I have a feeling this team will be back again,'' Obama said. ''I will not be. I'll be honest coach. I'll miss the visits and the annual phone calls.''